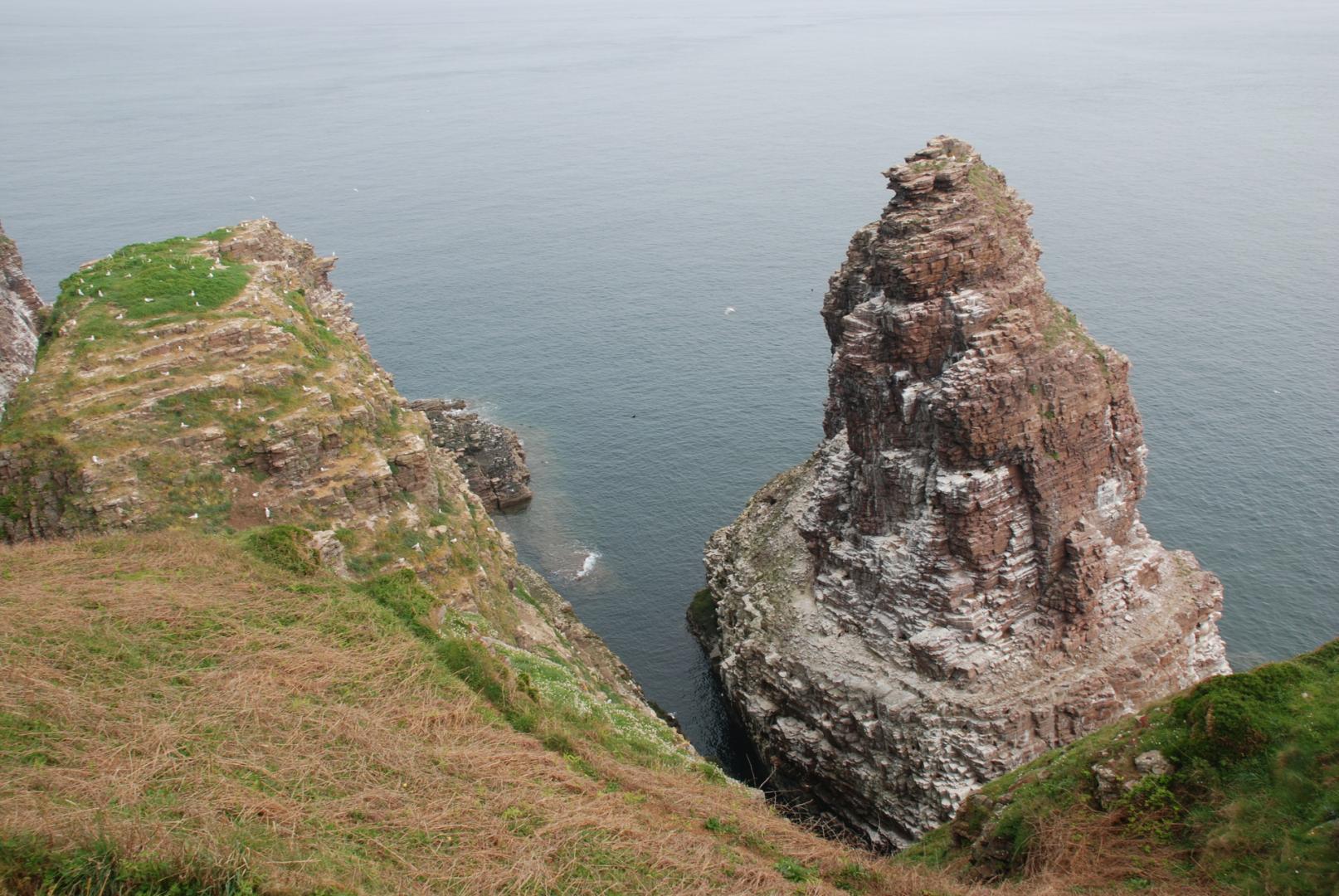 PHOEBUS: Depth of hydrogeological bodies and assessment of constraints on infiltration of urban rainwater in the territory of Rennes Métropole

Share
This study mapped areas that are favourable or unfavourable to the infiltration of rainwater into the subsurface in the territory of Rennes Métropole, based on a multi-criteria analysis. The results of this work were incorporated into the rainwater regulations of the metropolitan area's inter-communal local town-planning scheme (PLUi). 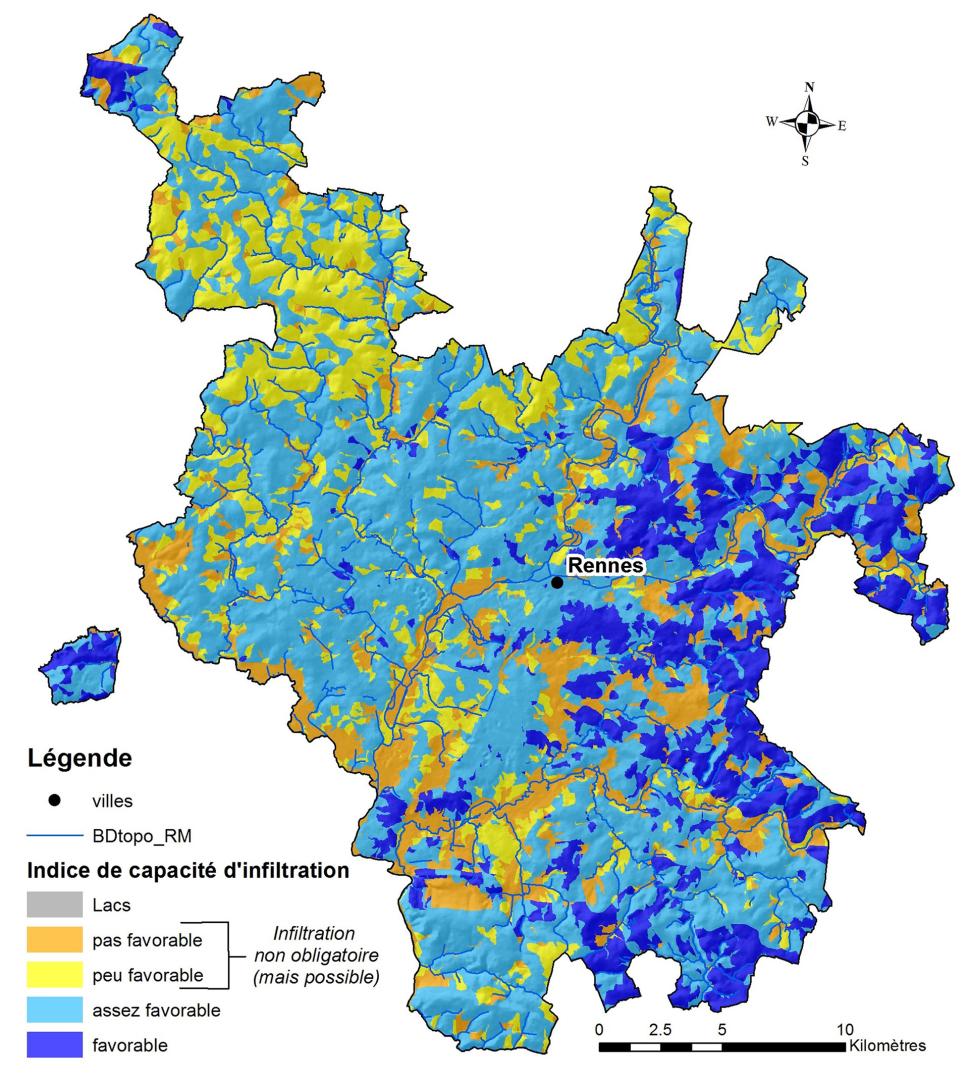 As part of the implementation of its Inter-communal PLU (PLUi), Rennes Métropole wanted to draft rainwater management regulations that would include mandatory mapping of the infiltration potential of every piece of land. As it would require specific skills in hydrogeology, geology and pedology to produce this document, the local authority asked BRGM to compile these maps.

The method developed requires the following geographical data: the thickness of the unsaturated zone and the geomorphology, as well as the nature, permeability and hydromorphy of the ground. As Rennes Métropole does not have any piezometric maps of its territory, BRGM carried out a measurement campaign during a high groundwater period (March 2018), with sampling of one point for every square kilometre, giving 700 measurement points. In addition, due to the lack of data on ground permeability, it was necessary to use other parameters to evaluate and geolocate this parameter.

A multi-criteria analysis was then carried out on 13,000 functional units (geographical entities considered as homogeneous and thus likely to yield homogeneous information), determined as part of the project. The map thus produced characterizes the infiltration potential of the natural environment. The results showed that 67% of the territory of Rennes Métropole is classified as mandatory infiltration areas, at the level of functional units.

To complete the analysis, BRGM also provided Rennes Métropole with all the GIS layers needed to describe the regulatory and natural constraints on infiltration. 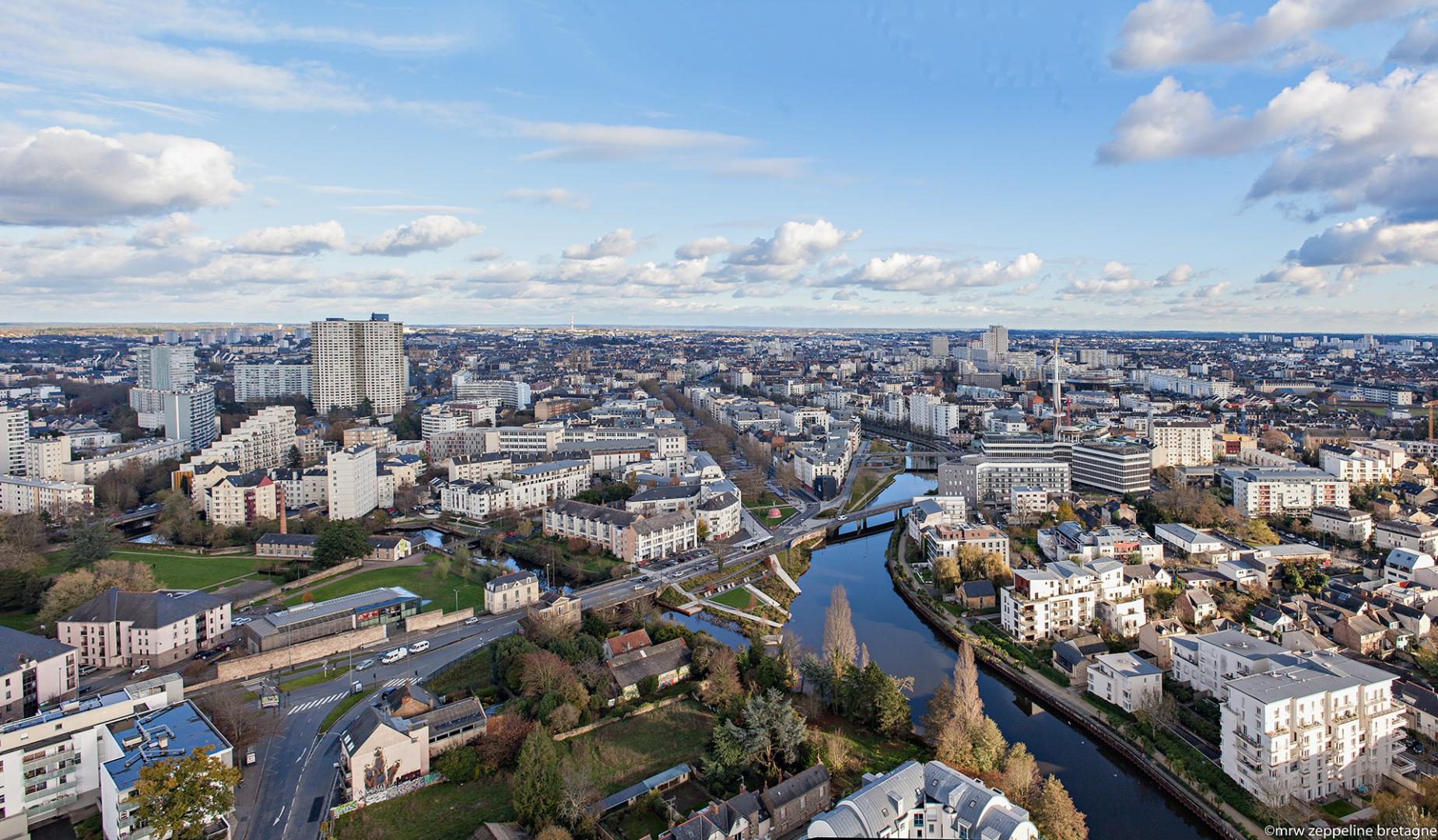 BRGM's work has been very useful in defining the map of areas that are favourable and unfavourable to rainwater infiltration in the 43 municipalities of Rennes Métropole. As the work progressed, Rennes Métropole had to consider how to integrate these results into the PLUi rainwater regulations. Joint decisions were taken to guide the working methods and choose how the findings should be presented. Today, the final map has been incorporated into the PLUi, which will be approved at the end of 2019.

The map of the natural potential for rainwater infiltration has been further developed into a regulatory map at the scale of individual plots. This map shows the plots where encouraging natural infiltration will become mandatory under the inter-communal PLU (PLUi). Other parameters will be added to this map not only to take into account other local constraints, but also to allow the infiltration obligation to be modified.