Share
Within the context of the Water Framework Directive (WFD), in order to facilitate assessment of the effects of “surface water/groundwater” exchanges (SW/GW) on water quality, the Artois-Picardy Water Agency and BRGM have joined forces to better characterise the exchanges on a basin scale, using an innovative multi-criteria approach.

The banks of the river Somme seen from the marshes of Longpré-les-Corps-Saints (Picardie, 2009).

In order to meet the requirements of the WFD aimed at verifying the non-degradation of surface water (SW) by groundwater (GW), it is necessary to have good prior knowledge of areas that are potentially conducive to exchanges between these two environmental compartments. In Artois-Picardy, numerous studies carried out in recent years have acquired relevant data in this respect, but no capitalisation or enhancement of this knowledge has been undertaken until now. 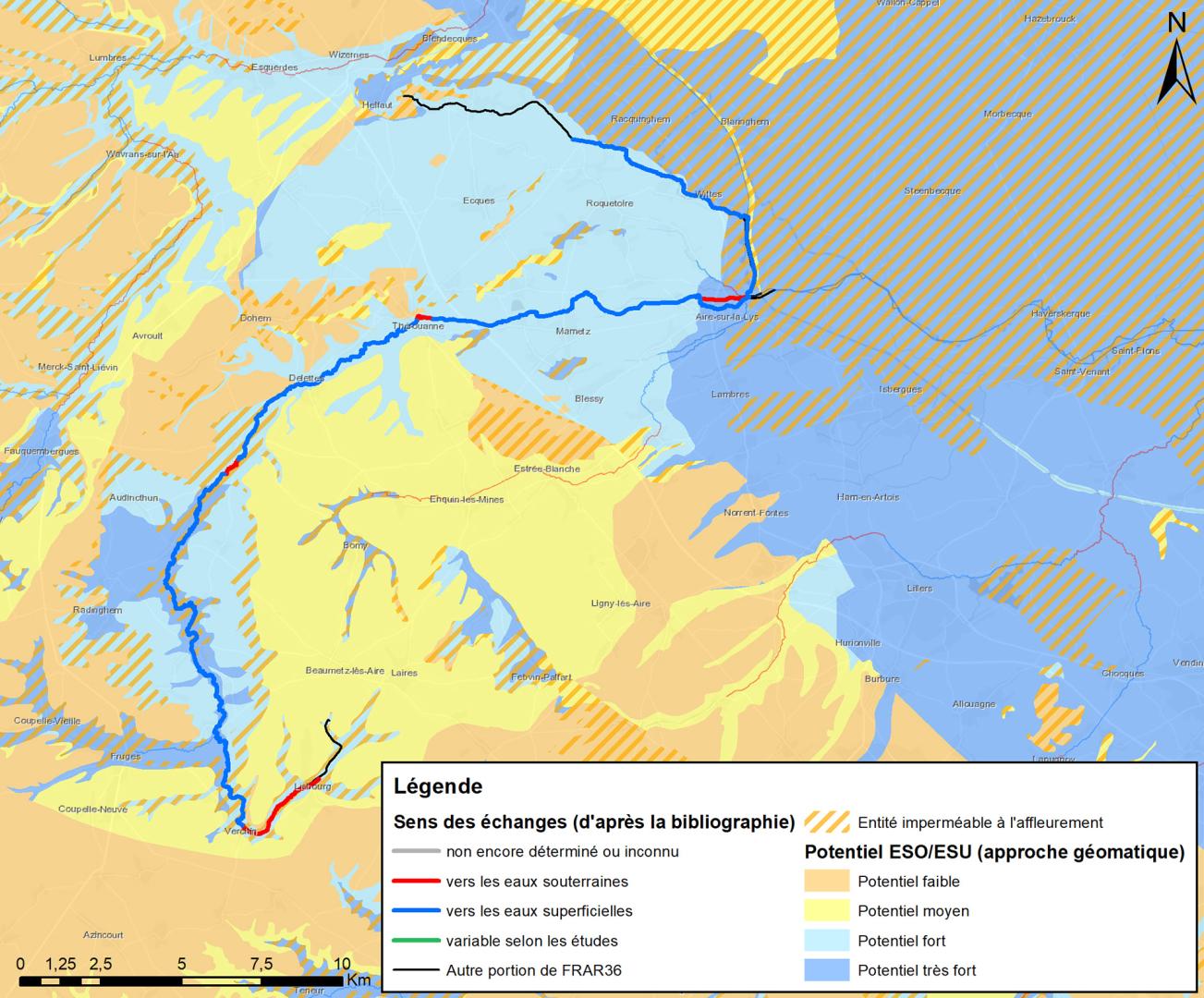 Results of the bibliographic inventory and the geomatic/geostatistical approach on the FRAR36 water body of the river Lys.

Different approaches were used to synthesise this knowledge:

Ultimately, several areas were identified as being very favourable to “SW/GW” exchanges, in particular the chalky valleys, the Marquenterre coastal aquifer on the western coastal edge, the sandy quaternary formations criss-crossed by ditches or channels known as ‘watergangs’ on the northern coastal edge, and the Thanetian sands (outcrops outside the Orchies basin and outside the area covered by the Flanders clay formations).

These conclusions were compared with the results of the 2019 inventory of the ecological and chemical status of surface waters, with the aim of locating "problem areas". Several watercourses with degraded water quality seemingly generated by groundwater have been identified: the Lys (upstream and middle stretches), the Souchez, the Scarpe river upstream, the Selle/Escaut and the Scardon. These areas will be investigated further in order to better characterise SW/GW exchanges.

The Artois-Picardy Water Agency has acquired a new tool for its fight to restore water quality. Knowledge of areas with high potential for exchange between surface and groundwater is essential for protecting the resource. The work carried out by BRGM will enable the sectors at stake to be classified into zones and will provide techniques to find solutions for overcoming the risks of potential pollutant transfer.