Groundwater tables on 1 May 2021 and risk of summer drought

Share
There was a downward trend for all the aquifers. For the summer of 2021, the risk of hydrogeological drought is considered to be high for a large part of France.

Hydrogeological situation on 1 May 2021

In April 2021, there was a downward trend for all the aquifers. This was mainly due to the dry weather of the last few weeks but is usual at this time of year. Any rain that manages to filter into the soil is absorbed by vegetation and rarely reaches the water table.

The situation in April was satisfactory, with levels close to or above the monthly averages in the chalk and tertiary formations of the Paris Basin and Artois-Picardy as well as in the alluvial and Plio-quaternary aquifers of the Aquitaine Basin. The situation was less favourable in the rest of the country, with moderately low to very low levels. The benefit of the winter surplus recharge of the water tables has been lessened by the rainfall deficits of recent weeks.

The risk of hydrogeological drought is considered to be high for a large part of France.

During spring and summer, water seeping into the soil is usually taken up by vegetation. Summer storms favour runoff and generally do not allow for effective infiltration of water. In addition, the seasonal forecasts of Météo-France announce "drier than normal conditions" for the next quarter. Depletion of all of France’s water tables is thus likely to continue until the vegetation becomes dormant, i.e., until October through to the end of November, and/or the occurrence of abundant rainfall episodes.

Rainfall is not expected to recharge the inertial aquifers (in chalk, tertiary formations and volcanic formations), except in the case of very exceptional rainfall events. In the reactive aquifers (alluvial deposits, Jurassic and Cretaceous limestone, Triassic sandstone and basement), trends will depend on local rainfall totals, evapotranspiration and water demand. Significant rainfall events may cause momentary recharges, allowing levels to be sustained or even, very occasionally, to rise.

Risk of drought in the summer of 2021

Risk of drought on strategically important water tables in 2021.

The drought risk map is based on the initial state of the aquifers after the 2020-2021 winter recharge period (aquifer status reports on 1 April and 1 May 2021), and on the forecasts available until September 2021 carried out within the framework of the Aqui-FR project and from the MétéEAU Nappes models, as well as on the expertise of BRGM hydrogeologists.

Only the central Paris Basin and Aquitaine Basin aquifers are not at risk of drought during the summer of 2021:

The risk of hydrogeological drought is considered to be high over a large part of France. The rainfall deficits at the end of winter and beginning of spring had a strong impact on the reactive aquifers and the situation is likely to deteriorate further if the meteorological drought continues. However, in these aquifers, the rainfall could lead to an additional recharge episode, allowing the state of the groundwater to improve locally.

In eastern France, the forecast is pessimistic, with a very high risk of drought:

Finally, given the lack of sufficient rainfall and with high temperatures intensifying the dryness of the soils, the demand for water could be significant. Irrigation campaigns and abstractions for leisure activities could increase the pressure on the environment and influence the status of the aquifers. Some heavily used basins could then find themselves under local pressure, even water tables with a low drought risk.

On 18 May, aquifer levels were mostly dropping. The May rains had a local impact on very wet areas, and only on highly reactive water tables (e.g., Massif Central basement, Jurassic and Cretaceous limestone in Provence). For the time being, the rains have moistened the soil and the vegetation has benefited. We will have to wait several more days to find out whether the water has managed to infiltrate deeply and thus observe a stabilisation or even a rise in the water tables.

Given the forecasts announced by Météo-France (warmer and drier than normal for the next three months), the forecasts made for the water tables remain valid. However, this rainfall will make it possible to postpone the irrigation campaigns and thus alleviate the pressure exerted on water resources by agricultural abstractions for the coming weeks. 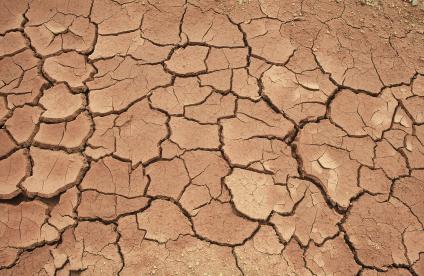