Share
Groundwater recharge is still fairly sluggish. More than three-quarters of groundwater levels remain below normal monthly averages. They are significantly lower than they were in December 2021. Map of groundwater levels in France on 1st January 2023.

Trends during winter will depend primarily on how much rainfall there is. Recharge over the next few months will determine groundwater levels for the summer of 2023. This sluggish start of recharge is likely to affect the inertial aquifers of the Paris Basin and especially those of the Rhône-Saône corridor, which have been weakened by a prolonged low-streamflow period in 2023. As regards reactive aquifers, abundant rainfall lasting until spring could enable satisfactory levels to be restored. However, if there is not enough rainfall, groundwater depletion could continue, causing the situation to deteriorate.

The discharge period was particularly prolonged in 2022: it started early, between January and March 2022, and ended between September 2022 and probably January 2023, depending on local rainfall and aquifer inertia. In the autumn of 2022, not very much rainfall infiltrated deeply. Firstly, the start of the aquifer recharge period was delayed by very dry soils and vegetation uptake lasting longer. The rainfall in early autumn moistened the soils and benefited the vegetation before it could recharge groundwater reserves. Then, there continued to be a lack of rainfall over much of France during the autumn. In December 2022, level readings were up on 60% of the indicators: recharge continues, although not very intensely.

Reactive aquifers respond more rapidly to rainfall infiltration. Thus, the recharge phase has been active since September 2022 in the Grand-Est aquifers. The Grand-Est area benefited from effective rainfall from the beginning of the autumn. On the other hand, recharge only began between November and December, i.e., more than a month late, in the other reactive aquifers in France.

The inertial aquifers are in a transitional phase between emptying and recharging. Levels are generally rising or stable in the less inert aquifers or those that benefited from excess rainfall during the autumn. The very inertial aquifers in the north of France are still mostly in slight decline. Discharge has slowed down considerably since October 2022, but recharge is struggling to counter it.

Situation in relation to December averages

Rainfall deficits recorded in the 2021-2022 hydrological year and intense abstraction of groundwater in the spring and summer of 2022 had a severe impact on most aquifers. Recharge episodes in autumn 2022 remained well below the level necessary to make up for the deficits accumulated during this last hydrological year. The situation only changed very slowly during the autumn. It generally remained stable or worsened, as the volume of rainfall infiltrated did not always compensate for the outflow of water from natural outlets (springs, wetlands, rivers and streams, seas and oceans, etc.) and from extraction wells.

In December, groundwater levels were heterogeneous, depending on the severity of the low-streamflow period in 2022, the rainfall that had infiltrated deep down during the autumn and aquifer inertia. Levels remained worrying over much of the country, with, as a result, more than three-quarters of indicators showing moderately low to very low levels. The situation is only satisfactory in areas that have benefited from excess recharge in recent weeks, such as the aquifers located along the coast from the Channel to Brittany or the alluvial aquifer of the northern Alsace plain.

It should be noted that the heavy rainfall in south-eastern France at the end of November and during December had a different effect depending on the aquifers in question. The effective rainfall has not yet had an impact on the inertial aquifers of the Rhône-Saône corridor, as it takes several weeks for these to respond. The mild weather at the end of December caused the first snow to melt in the Jura and Northern Alps ranges. The alluvial aquifers in this area experienced occasional flooding and their levels are moderately high to high. Finally, thanks to significant recharge, the situation improved on the Mediterranean coast, from Languedoc to the Côte d'Azur and in Corsica. Groundwater levels have returned to moderately low to medium levels, and even high levels in the Vaucluse. Only the eastern fringe of the Côte d'Azur still shows historically low levels.

The situation is positive in several aquifers, where levels are close to normal, compared to those recorded in December in previous years:

Many aquifers are in an unfavourable condition, with levels that are low or extremely low, compared to the mean of December levels in previous years:

The seasonal forecasts from Météo-France for January, February and March do not indicate any particular likelihood for temperatures or rainfall. Trends and changes in groundwater levels during the winter period depend exclusively on infiltrated rainfall, and therefore on cumulative rainfall, and on the inertia of the aquifers (response time to rainfall).

If the level of effective rainfall ranges from normal to above normal, the recharge should continue in the reactive aquifers and should extend to include the most inert aquifers. During episodes of heavy rainfall, groundwater levels could rise significantly in the most reactive aquifers, causing flooding, particularly in karst limestone aquifers. Groundwater levels should improve  in those areas which benefit from sustained recharge episodes. If there is insufficient precipitation, the infiltrated rainfall will not compensate for the output volumes (natural outlets and abstractions). Aquifer discharge in the affected areas could start again and if so, the situation will deteriorate, slowly in the inertial aquifers and rapidly in the reactive aquifers. Depleted by a prolonged low-streamflow period over the summer and late recharge, groundwater reserves remain vulnerable and will require monitoring throughout the recharge period.

Concerning reactive aquifers, a return to above-normal levels by the end of winter 2023 will be possible if rainfall episodes generate significant recharge. Note that spring rains will also delay the start of the discharge period. It will be more difficult for aquifers which had very low levels in December to achieve normal levels, namely in: the Centre-West (Maine, Poitou, Vendée, Périgord) and the eastern French Riviera (eastern Var and Alpes-Maritimes).

As regards the inertial aquifers of the Paris Basin, the recharge phase is struggling to get underway. If there is still insufficient rainfall, groundwater levels are expected to remain virtually unchanged over the next few weeks and may decline gradually. Excess rainfall will be needed before vegetation resumes its growth to return to normal groundwater levels in the spring.

For the inertial aquifers of the Rhône-Saône corridor, the excess rainfall in December should allow the situation to improve in January-February. December levels were, however, moderately low to very low. It is difficult to foresee a replenishment of groundwater reserves between now and the spring, unless there is a great deal of excess rainfall in the coming months.

Our groundwater tables status report is published 10 times a year (once a month except for February and December).

The next issue will be published in mid-March 2023. State of groundwater: monitoring by BRGM

BRGM monitors groundwater levels and quality in mainland France. Discover the actions carried out by the French geological survey and the resources and databases available on groundwater in France. 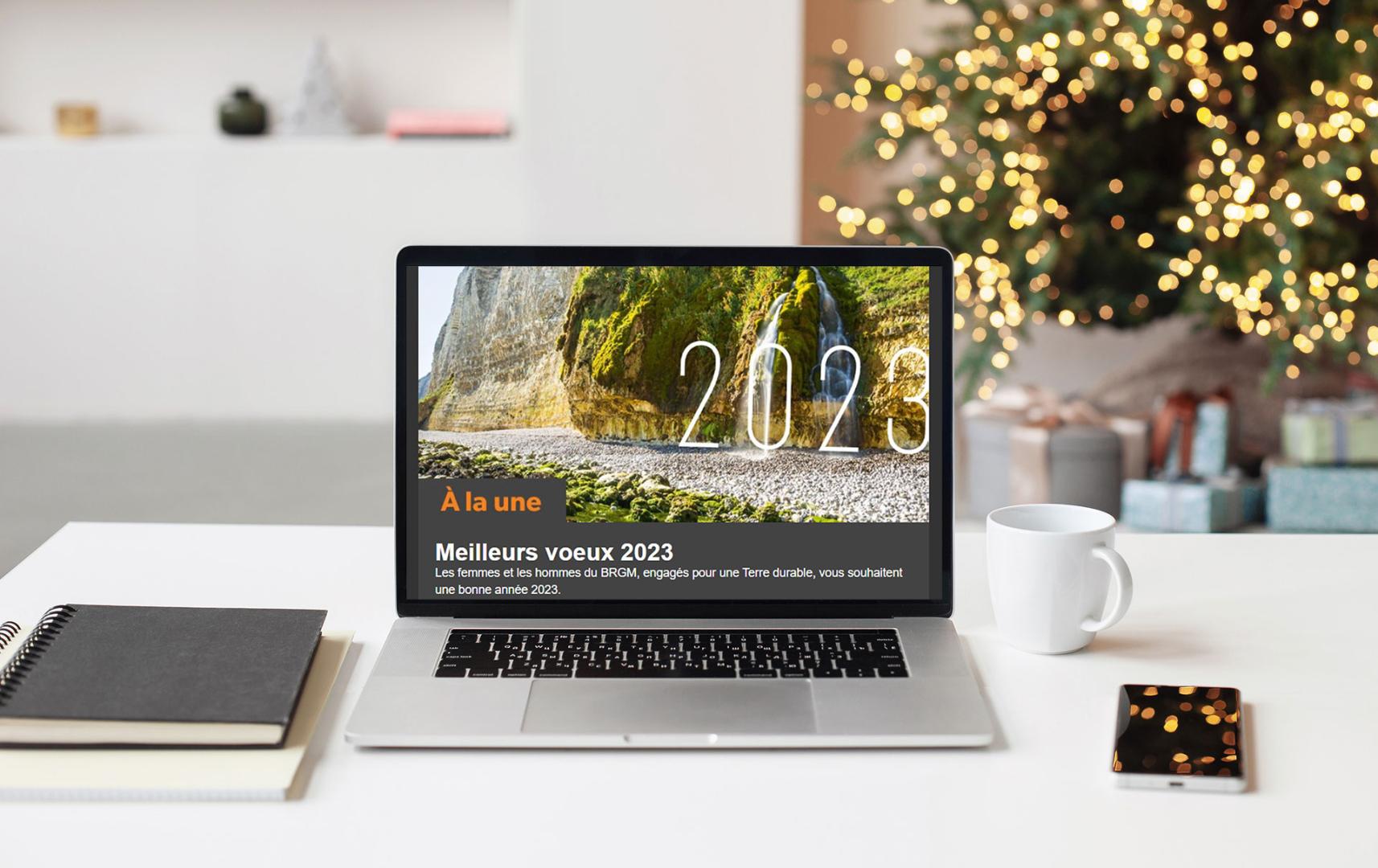 News
Europe: BRGM takes over the presidency of EuroGeoSurveys
All the news
Newsletter