Share
Summary
BRGM has offices in every region of mainland France and in the French Overseas Territories, in order to meet the needs of its regional partners and help them deal with specific local challenges. Presentation of the activities carried out by BRGM's Regional Division for the Pays de la Loire.

Based in Nantes, BRGM’s Regional Division for the Pays de la Loire has a team of nine staff, including a geologist, a geomatics expert, several hydrogeologists and environmentalists, who are working in partnership with local and regional stakeholders and providing the technical support they need.

A region with strong population growth

The Pays de la Loire is the 8th largest French region in terms of its population, estimated at 3.7 million across five départements: Loire-Atlantique, Maine-et-Loire, Mayenne, Sarthe and Vendée. The region is particularly attractive and increases in population by more than 30,000 every year.

The region consists mostly of highly tectonised, ancient bedrock belonging to the Armorican Massif, with sedimentary overburden along its north-east and south edges, which belong respectively to the Paris and Aquitaine basins.

In economic terms, key influences are the industrial axis along the Loire estuary from Nantes to Saint-Nazaire and the development centre of Le Mans, benefiting from the proximity of the Paris region. The agricultural sector is strong and the Pays de la Loire is the second largest region in France for the value of its agricultural production. Lastly, the coastline is a key feature of the region, attracting many tourists.

The economic and spatial-planning objectives of the Pays de la Loire have been set out in the regional master plan for economic development, innovation and internationalisation (SRDEII) and the regional master plan for spatial planning, sustainable development and territorial equality (SRADDET), to which BRGM contributes expertise in its core areas of specialisation.

BRGM has extensive experience of both public and private partnerships. We work on projects to help shape public policy, public and private research in response to industrial requirements, and training for every level of spatial planning and decision-making in the region, including decentralised government departments (e.g. DREAL, ARS, DDTM, DDT and prefectures), local and regional authorities (e.g. the Region, cities and intermunicipalities, local public corporations and Departmental Councils), the Loire-Bretagne water agency and the region’s universities.

BRGM also occasionally works with private companies to develop methodologies for research, development and innovation aimed at supporting their various fields of activity. 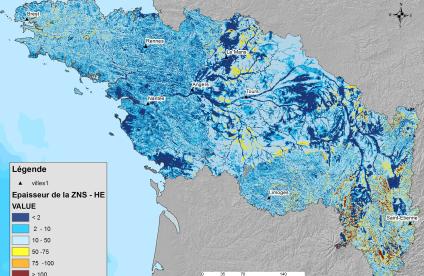 Reference, completed project
Identifying the sensitivity of watercourses and the variation in the size of wetland areas due to groundwater abstraction in the Loire-Brittany basin 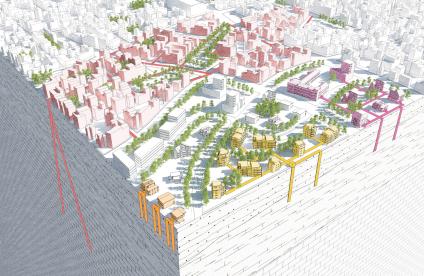 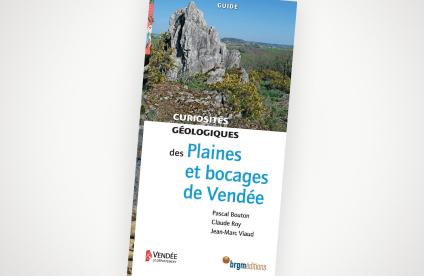 Press release
BRGM publications: discovering the plains and bocages of the Vendée through geology
All the news in the region

BRGM carries out studies on water resources and develops tools for managing and protecting them.

Because of the variety of groundwater uses (e.g. for the supply of drinking water and the agricultural and industrial sectors) and roles for maintaining the functions of hydrosystems (e.g. wetlands and river systems), the management of groundwater brings major challenges both in terms of quantity (e.g. management of low water periods and conflicting uses) and quality (e.g. diffuse pollution).

A branch of the Loire in low water in the Saumur region (Maine-et-Loire, 2007).

BRGM provides decision-making support tools for the development of urban and peri-urban areas.

Urban developments, particularly in large cities, such as Nantes Métropole and Angers Loire Métropole, are increasingly integrating the optimisation and reuse of land and underground spaces, particularly for making cities more sustainable, resilient and frugal through the reuse of former wasteland, the management of urban water resources, the use of soil and underground materials, and geothermal energy.

BRGM operates through agreements with local and regional authorities (e.g. CARENE and Nantes Métropole) and their public local planning corporations (e.g. SAMOA and Nantes Aménagement). Its work covers all issues relating to the soil and subsurface and is focused on providing decision-making support tools for the development of urban and peri-urban areas:

The Pays de la Loire coastline stretches over 450 km, including 215 km of beaches. It is densely populated, particularly in the summer, when its population increases dramatically. The prevention of coastal risks and most notably, the management of land areas to address coastal erosion are key challenges.

Houses damaged by dune erosion at Tranche-sur-Mer, in the wake of the Xynthia storm (Vendée, W France, 2010).

BRGM is involved in a variety of ways, for example by:

BRGM identifies and maps subterranean cavities. It carries out stability diagnoses of cavities and cliffs and assesses associated hazards.

The history and structure of geological formations have determined the existence and exploitability of mineral raw materials: mining may well be a thing of the past, but in the Loire basin, geological deposits provide many exploitable materials, such as crushed hard rock aggregates for the construction industry and clays for making bricks and tiles.

The soil and subsurface can also generate risks for people’s lives and their possessions, such as caused by rockfalls from cliffs along the Loir and Loire valleys. Furthermore, in some areas, the ground may have been weakened by subterranean cavities, such as quarries, cave dwellings and cellars (e.g. the hillsides around Saumur).

Lastly, loose earth containing certain types of clays can damage homes if the clay shrinks and swells due to successive droughts (the so-called drought hazard).

BRGM identifies and maps subterranean cavities. It carries out stability diagnoses of cavities and cliffs and assesses associated hazards.