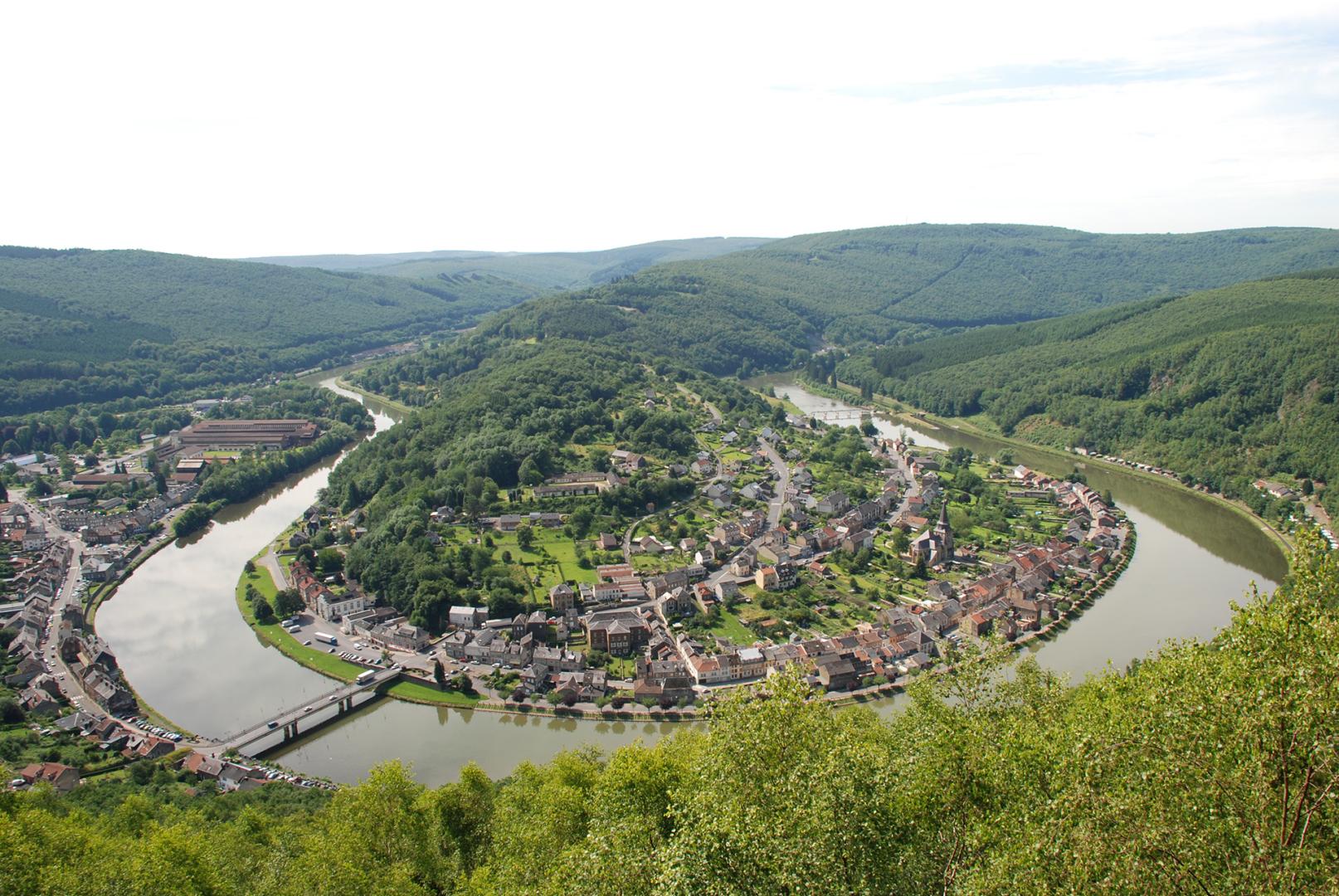 Share
Summary
BRGM has offices in every region of mainland France and in the French Overseas Territories, in order to meet the needs of its regional partners and help them deal with specific local challenges. Presentation of the activities carried out by BRGM's Regional Division for the Grand Est (Eastern France). 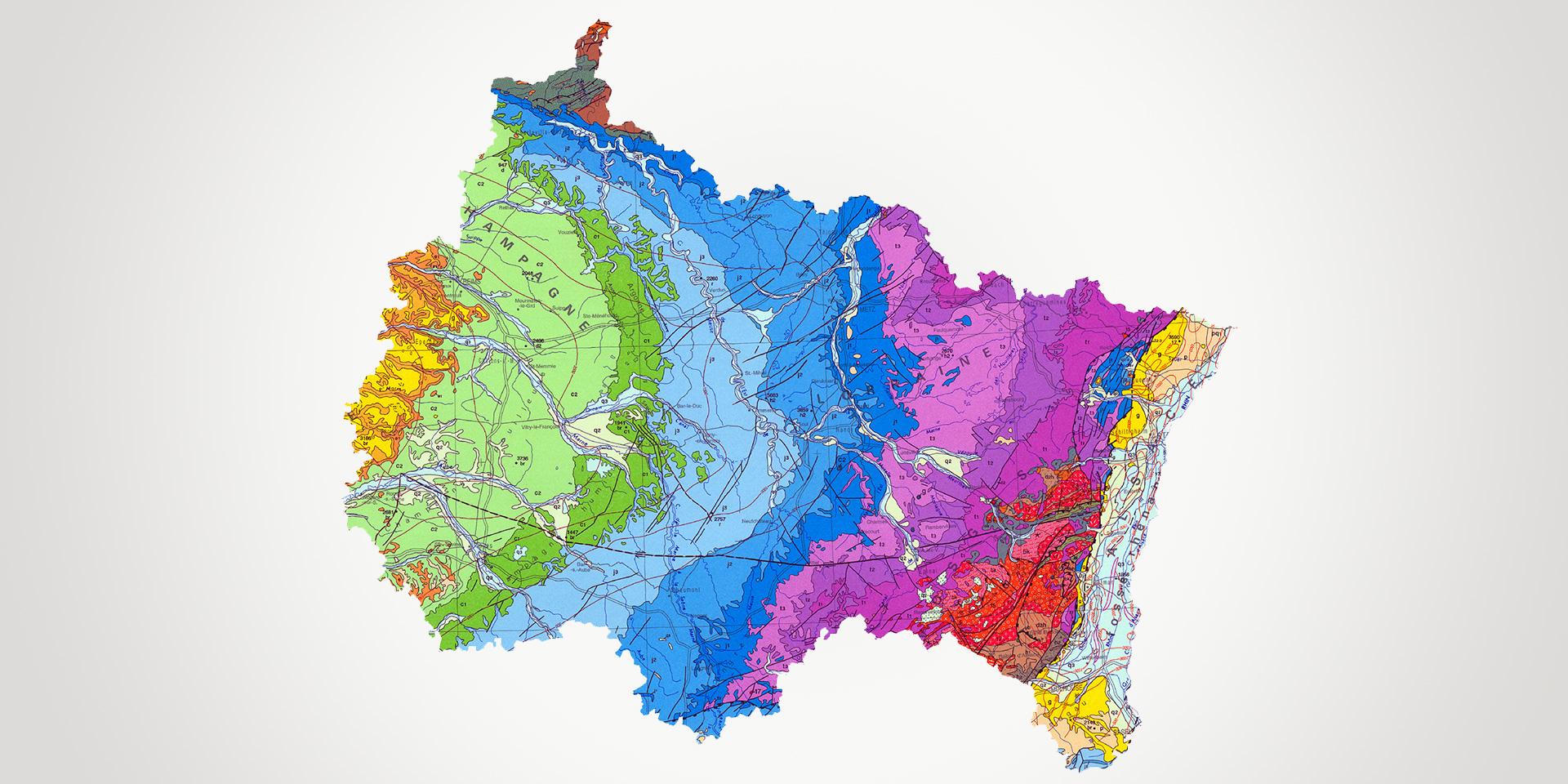 A region located in the heart of Europe

The Grand Est region has a surface area of 57,000 km2. With a population of 5.5 million, the region includes major urban centres, including Strasbourg. It is the leading agricultural region in France, first in the production of cereals and oil and oleo-proteaginous crops, and second in vineyards and wine production.

A region with diverse geological formations

The region offers a great diversity of geological landscapes ranging from the sedimentary formations of the eastern Parisian Basin to the ancient crystalline massif of the Vosges, reactivated during the Alpine orogeny, with, on the border with Germany, the fault trough of the Upper Rhine (Alsace plain).

BRGM in the Grand Est region: a long-standing presence

In 1919, the government founded the Alsace Geological Survey (SGAL or Service Géologique d'Alsace et de Lorraine), which was incorporated in BRGM in 1970. Based in Nancy, Reims and Strasbourg, BRGM Grand Est supports economic and research players and provides expertise to government departments, local authorities and agencies that have been assigned targets.

Its main missions concern the acquisition of knowledge, diagnostics and the creation of management and decision-making tools with respect to groundwater, natural hazards (block falls, collapses, landslides, etc.), geothermal energy, polluted sites and soils and the circular economy. 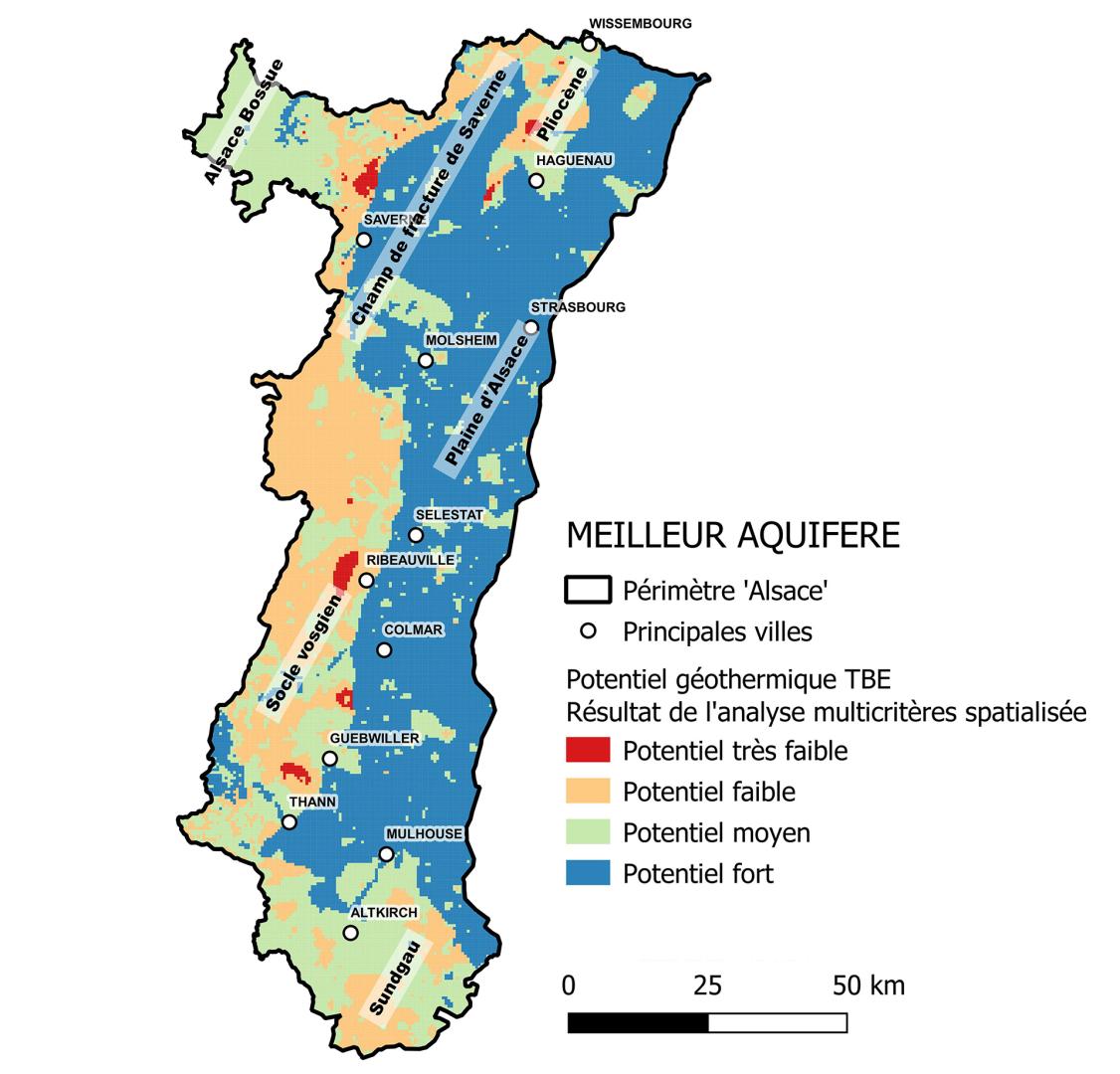 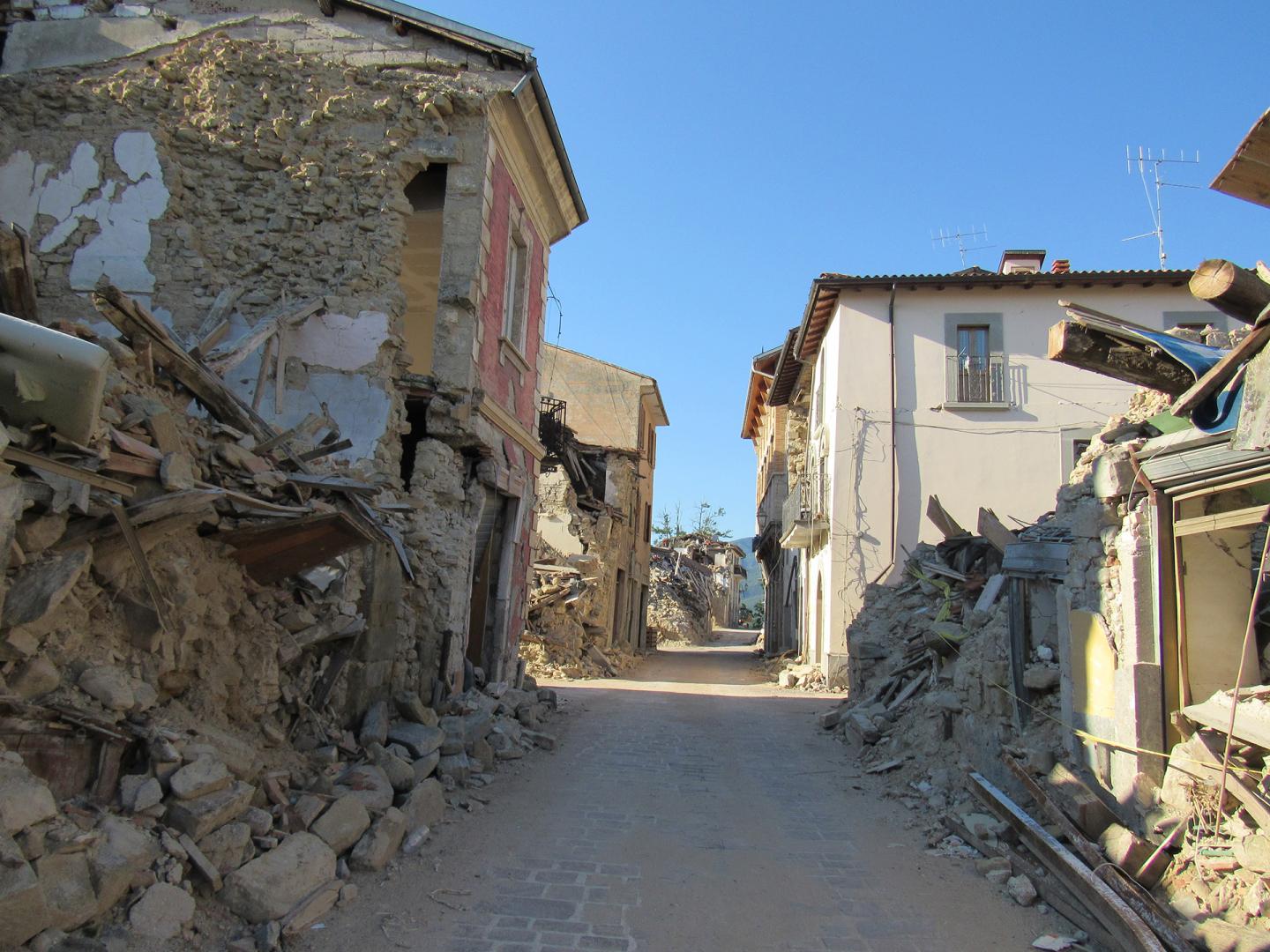 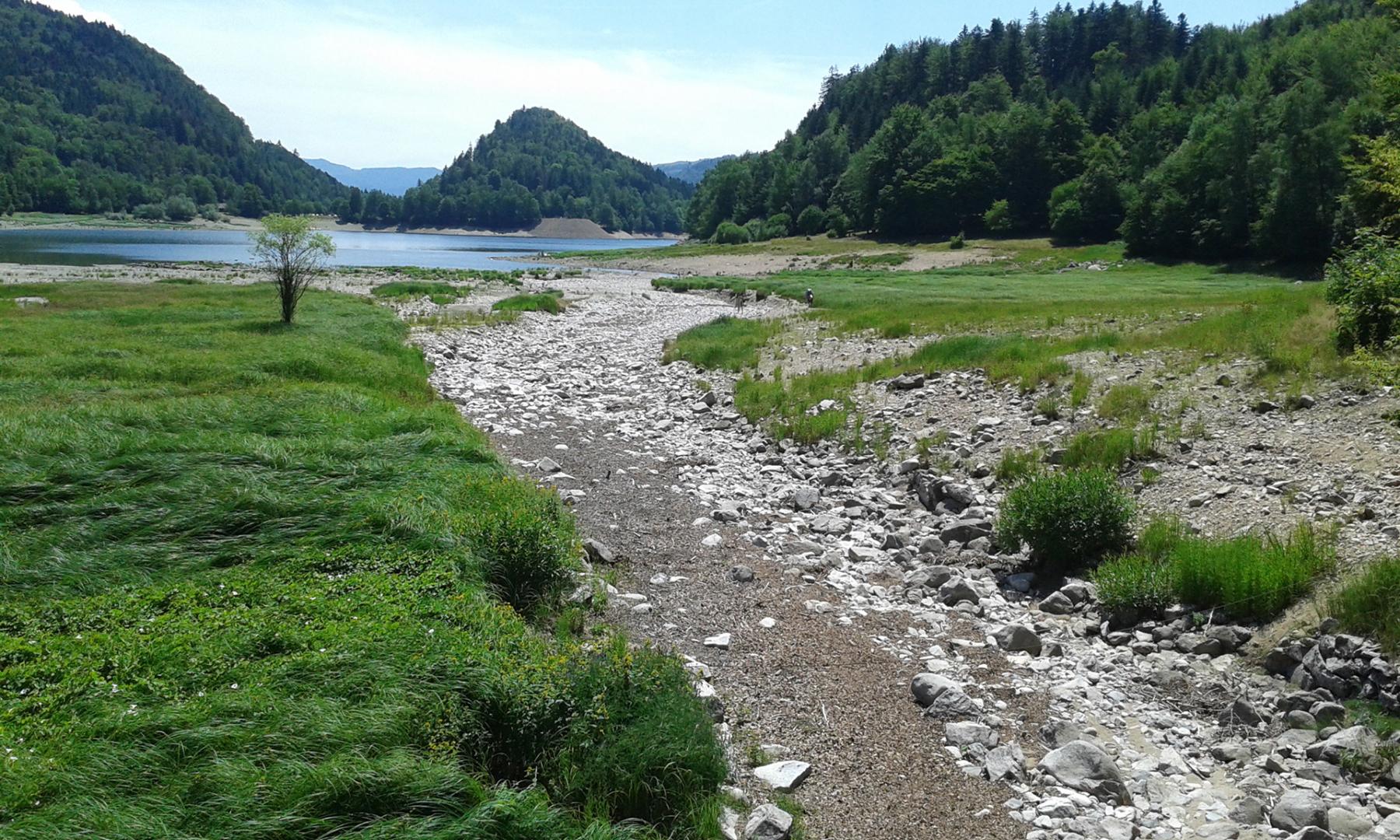 Reference, completed project
Impact of climate change on the water resources of the Vosges basement 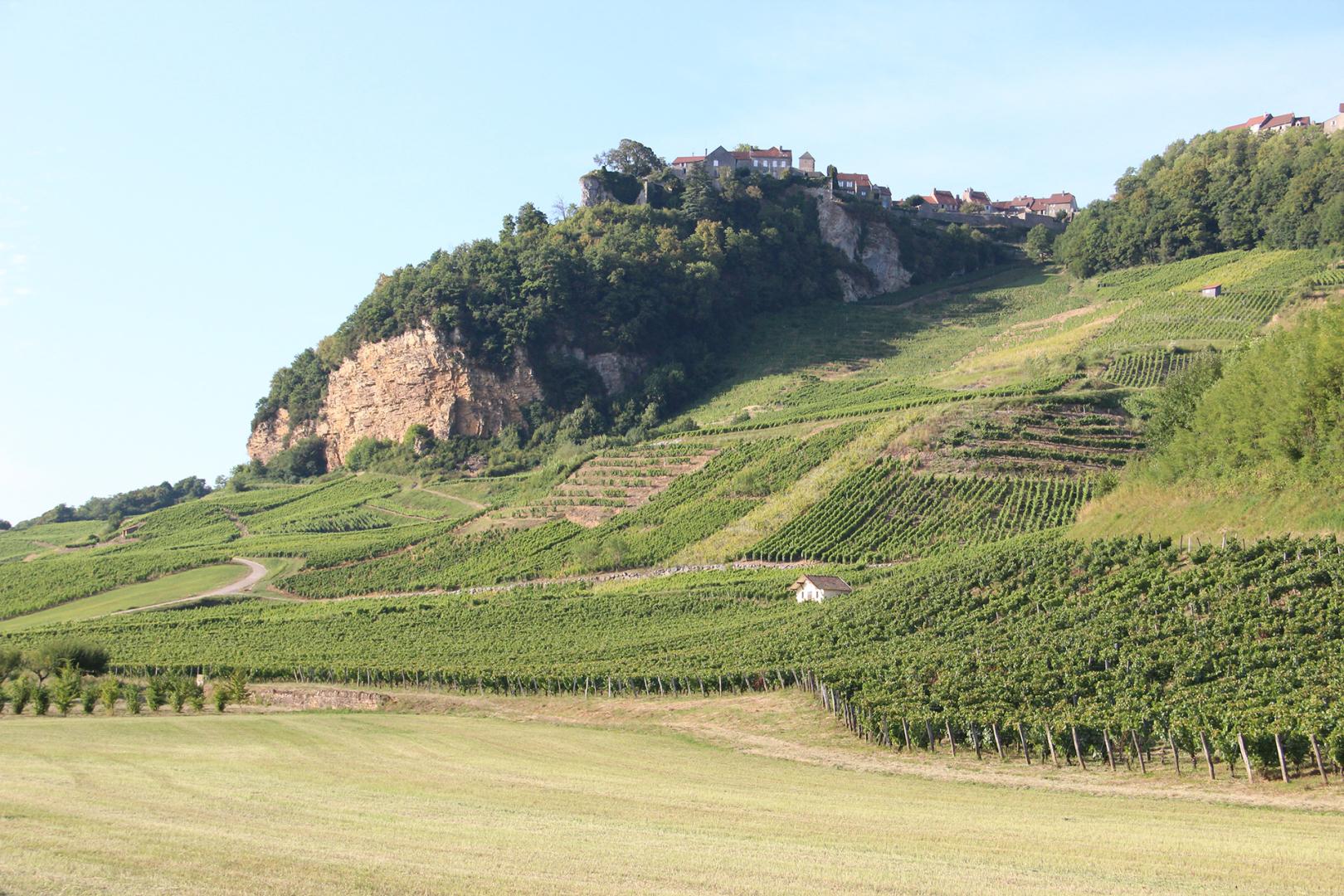 Article
Good land for wine: how geology can influence the quality of wine 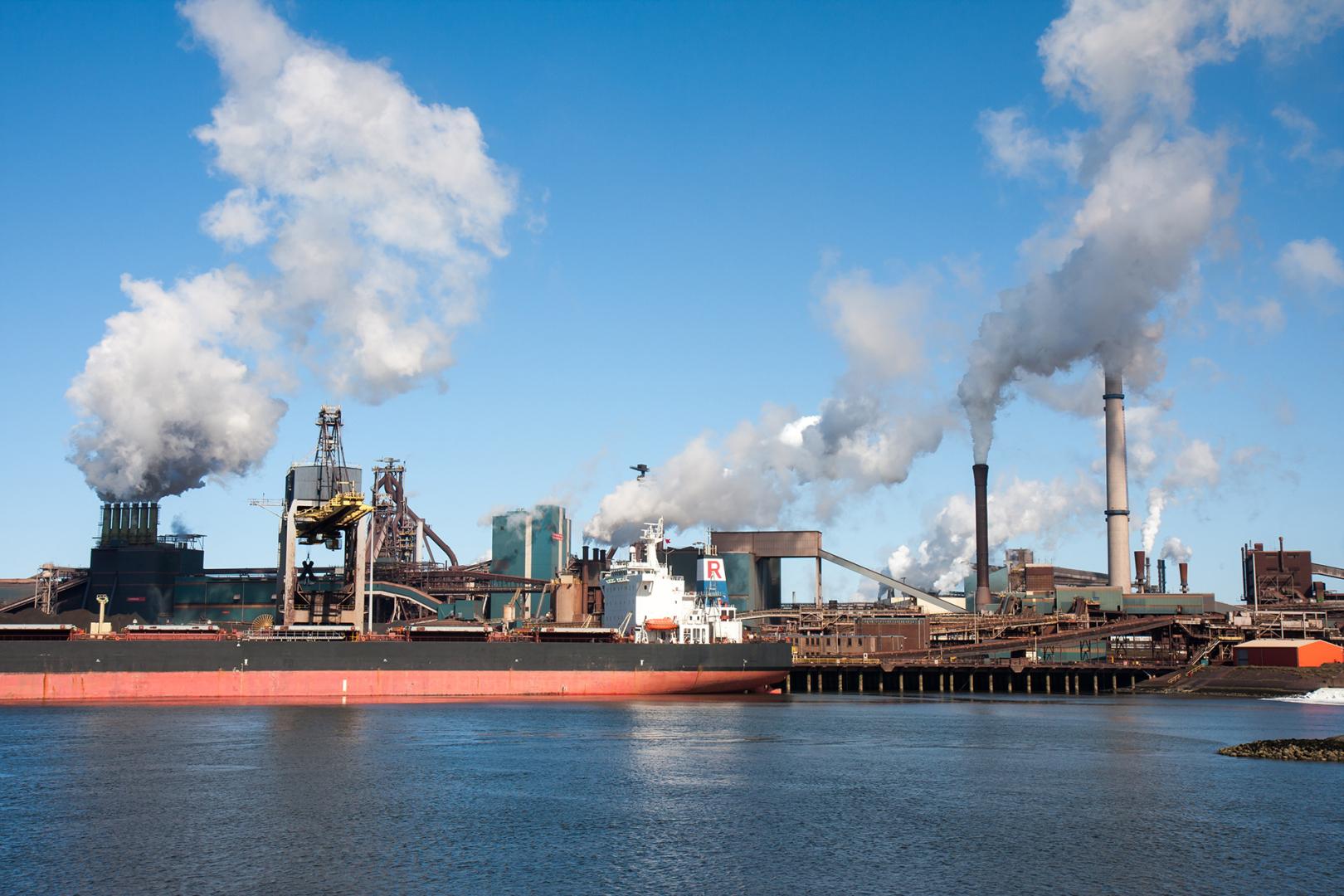 Although groundwater is on the whole abundant in the Grand Est region, certain areas have come under pressure in recent years, due to their hydrographic position (at the head of the basin) and/or an imbalance between abstractions and recharge.

In response, BRGM Grand Est provides its expertise in hydrogeology, in particular by monitoring the evolution of groundwater levels (through piezometric networks), and by communicating on their status via websites (e.g., SIGES Rhin-Meuse). In order to predict the evolution of the resource according to climatic but also economic criteria, hydrogeological models have been developed, such as that for the Lower Triassic Sandstone (GTI or Grès du Trias inférieur).

The water resources of the Grand Est are subject to various pressures, linked to agricultural, urban or industrial activities, which can lead to diffuse or more specific pollution.

Mining is the source of contamination specific to the Grand Est, namely chlorides for salt mines and sulphates for iron mines. In response, BRGM Grand Est is conducting studies to characterise the mechanisms of pollutant transfers in the soil and subsoil, and the impact on the environment. BRGM has developed predictive models for the evolution of contaminant concentrations and socio-economic approaches (ecosystem services, payments for environmental services (PSE), etc.) for the implementation of remediation and prevention measures. So-called “emerging” pollutants, particularly drug residues and compounds of pyrotechnic origin (perchlorates), are the subject of research programmes conducted in collaboration with the University of Reims, the Rhine-Meuse and Seine-Normandy Water Agencies and the regional health agency (ARS).

Towards a better resilience of regions to climate change

Climate change (IPCC scenarios) will result in an increasingly rapid succession of extreme events, which may destabilise areas that were previously not very sensitive to ground movements. Improving the resilience of regions therefore requires a thorough knowledge of the risks and the setting up of prevention plans. 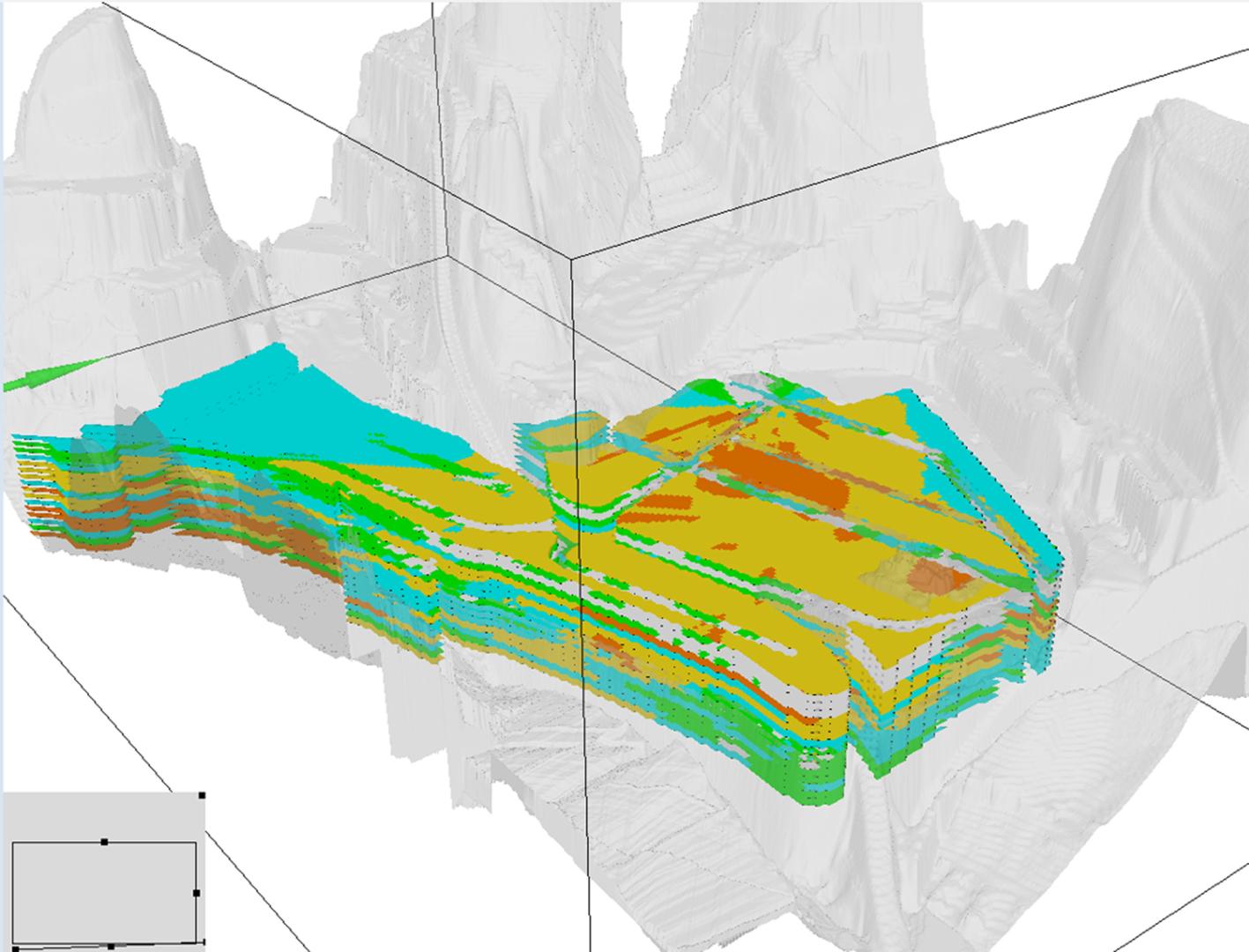 3D mapping of the chemical quality of soils at the Micheville site  (Lorraine).

The decline of the mining, steel and chemical industries has left large areas of land in a poor state. Restoring them in order to limit the need to develop new areas is a major challenge.

In this respect, BRGM is engaged in defining a method for prioritising wastelands with a view to their development, based on the many sources of data available, in the BASIAS or BASOL data bases. In the event of complex pollution (multi-site, multi-source, heterogeneous, etc.), BRGM carries out in-depth sectoral studies to improve knowledge of hydrogeological contexts and pollution plumes. 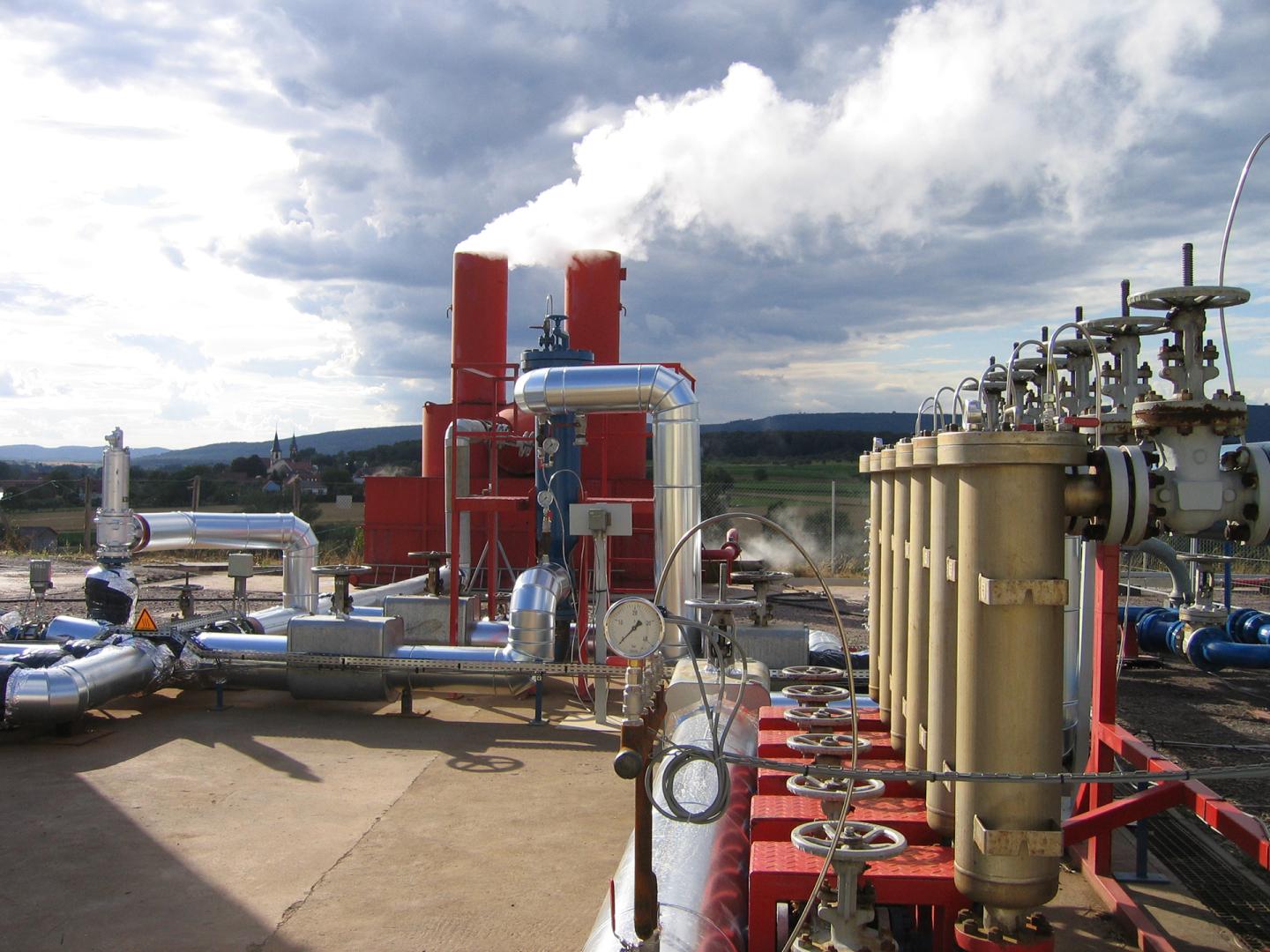 Subsurface potential for the energy transition: the development of geothermal energy and risk management

The geothermal potential of the Rhine Graben has been known for a long time and has justified the establishment of an internationally renowned deep geothermal experimental site in Soultz-Sous-Forêts. BRGM is conducting programmes to assess the deep geothermal potential, and the energy storage capacities of flooded iron and coal mines are being assessed through the development of thermo-hydrochemical models. Geothermal resource atlases and regulatory zoning maps for small-scale geothermal energy projects (www.geothermies.fr) are made available to local authorities. 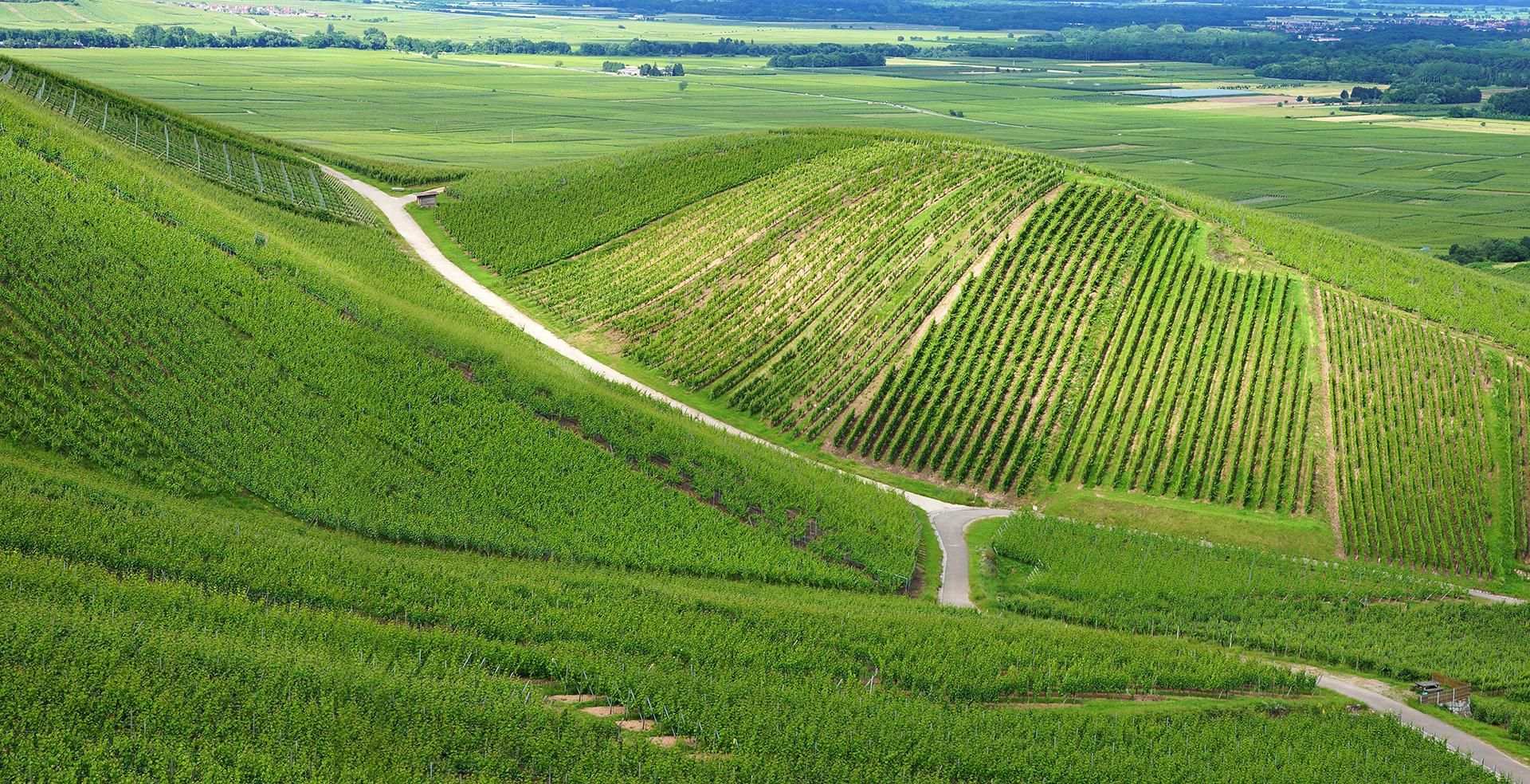