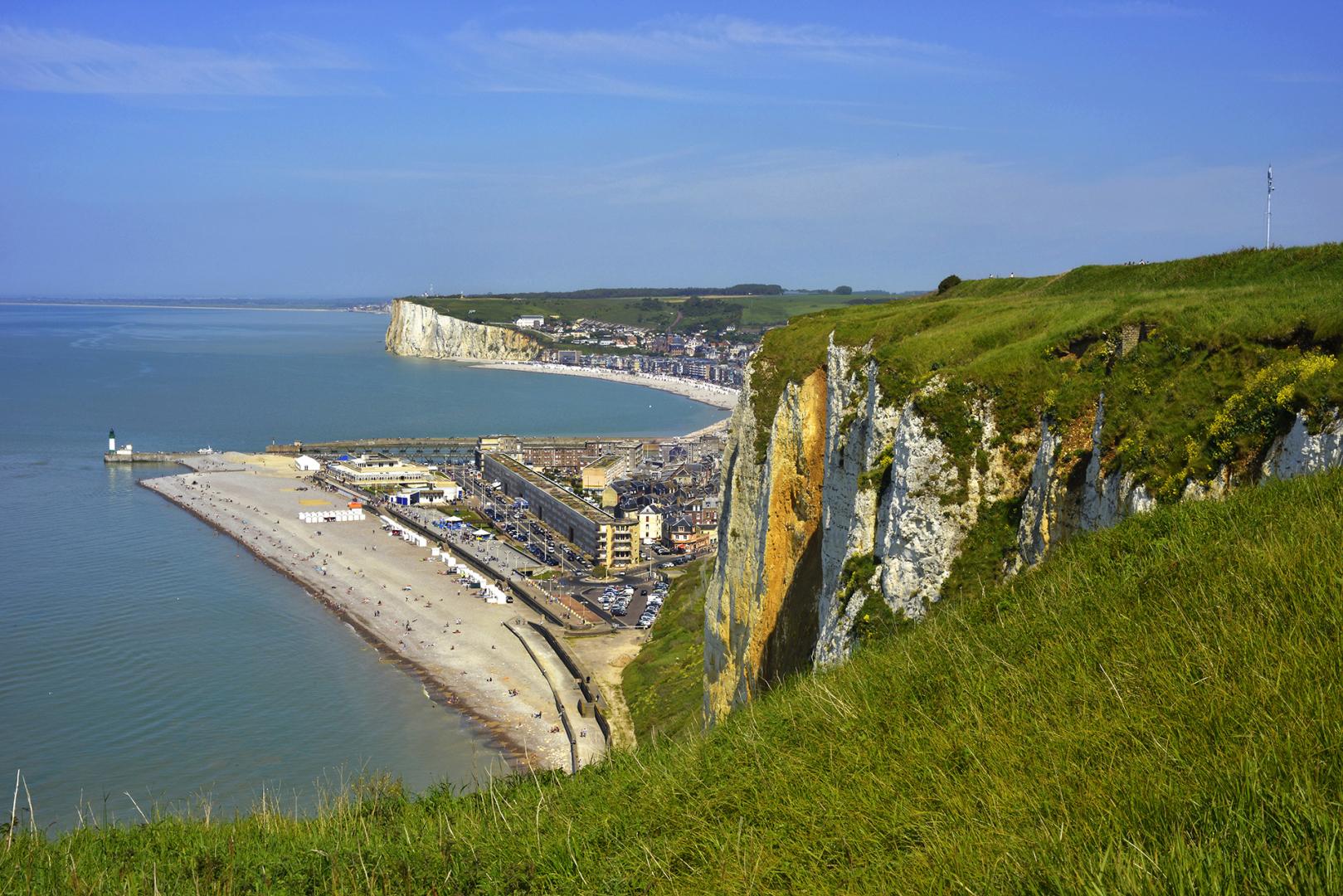 Vulnerability of coastal aquifers to saline intrusions in Western Normandy

Share
With sea levels rising, it has become necessary to identify the coastal aquifers in Lower Normandy that are most vulnerable to saline intrusions. This phenomenon affects water uses (the supply of water for drinking, agriculture and industry) and natural environments. 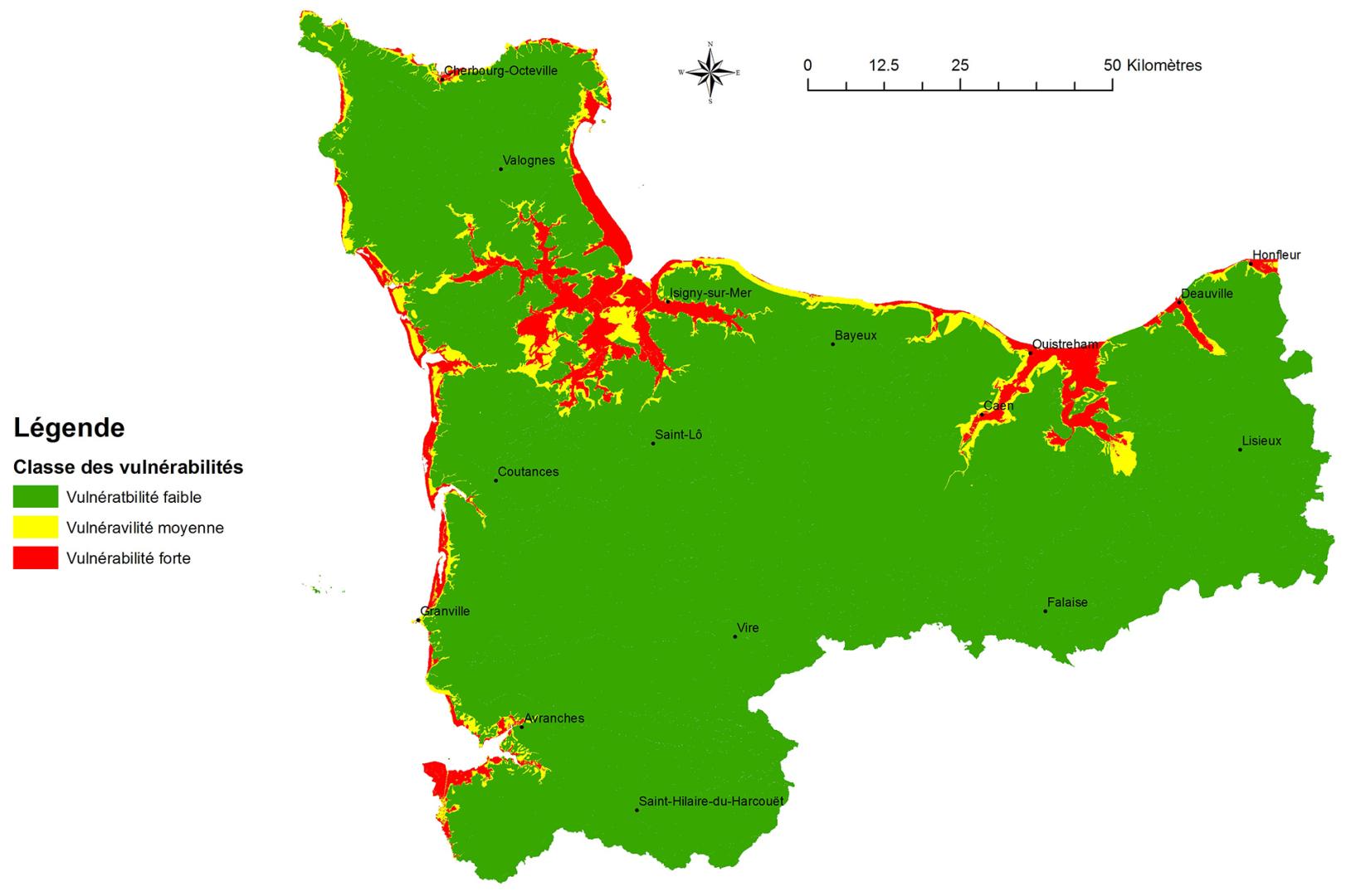 Map of coastal aquifers in Western Normandy that are likely to be vulnerable to saline intrusions by 2100.

The coastline of the former administrative region of Basse-Normandie has a variety of bays, cliffs and rocky coasts stretching approximately 450 km, that are related to the varied geology of the départements of Manche and Calvados. As there is a need for water along these coasts for several uses (agriculture, urban and tourist consumption, industry), and given that the mean sea level is rising, it is essential to assess the sensitivity of coastal aquifers to saline intrusions. This phenomenon, manifested by a wedge that intrudes below the freshwater table, depends on several factors (nature of aquifers and freshwater levels above sea level in particular) and can be amplified by the abstraction of groundwater, or by a rise in sea level and a decrease in groundwater recharge in a context of global warming. A two-metre rise in the level of the ocean could thus move the saline wedge several tens to several hundred metres inland.

It was therefore necessary, on the one hand, to describe the parameters that will intensify the phenomenon and, on the other hand, to identify the most vulnerable sectors in order to come up with an effective strategy for the most threatened areas of Western Normandy. This knowledge also meets the requirements of the European Water Framework Directive (WFD), according to which, to be declared of “good status”, groundwater must not have any saline intrusion.

From shellfish farming to drinking-water production, all the players concerned by saline intrusion were involved in this study of the Basse-Normandie coast, in particular when making a synthesis of existing data. The work was based on:

The hydrodynamic model, with a one square kilometre resolution, made it possible to estimate inward and outward water flows on the coast and to carry out simulations by varying sampling data and climate projections in order to map potentially vulnerable areas and make recommendations for the implementation of systems to monitor saline intrusions. A map of coastal aquifers that are vulnerable to saline intrusions was published in 2017. Overall, the aquifers of the coastal valleys as well as the Bay of Mont Saint Michel, almost the entire non-rocky coastline of the Manche département, the Cotentin Isthmus and the Orne and Dives valleys are all highly vulnerable.

Following this study, DREAL Normandie set up a joint work programme with the University of Rennes to develop tools for characterising and monitoring the process on pilot sites. The objective is to be able in the future, to have operational decision-making tools for the most vulnerable sectors, enabling local decision-makers to anticipate, manage or adapt to the effects of saline intrusion on coastal hydrosystems.

It is planned that a similar study will be carried out in Eastern Normandy, with a particular focus on the Seine estuary.