Share
Making leaking abandoned oil wells secure is always problematical. Damage sustained by the Cébazat oil well in the Puy-de-Dôme (dating back to the 1980s) during excavation work required substantial means and specially designed methods for a highly problematical context. 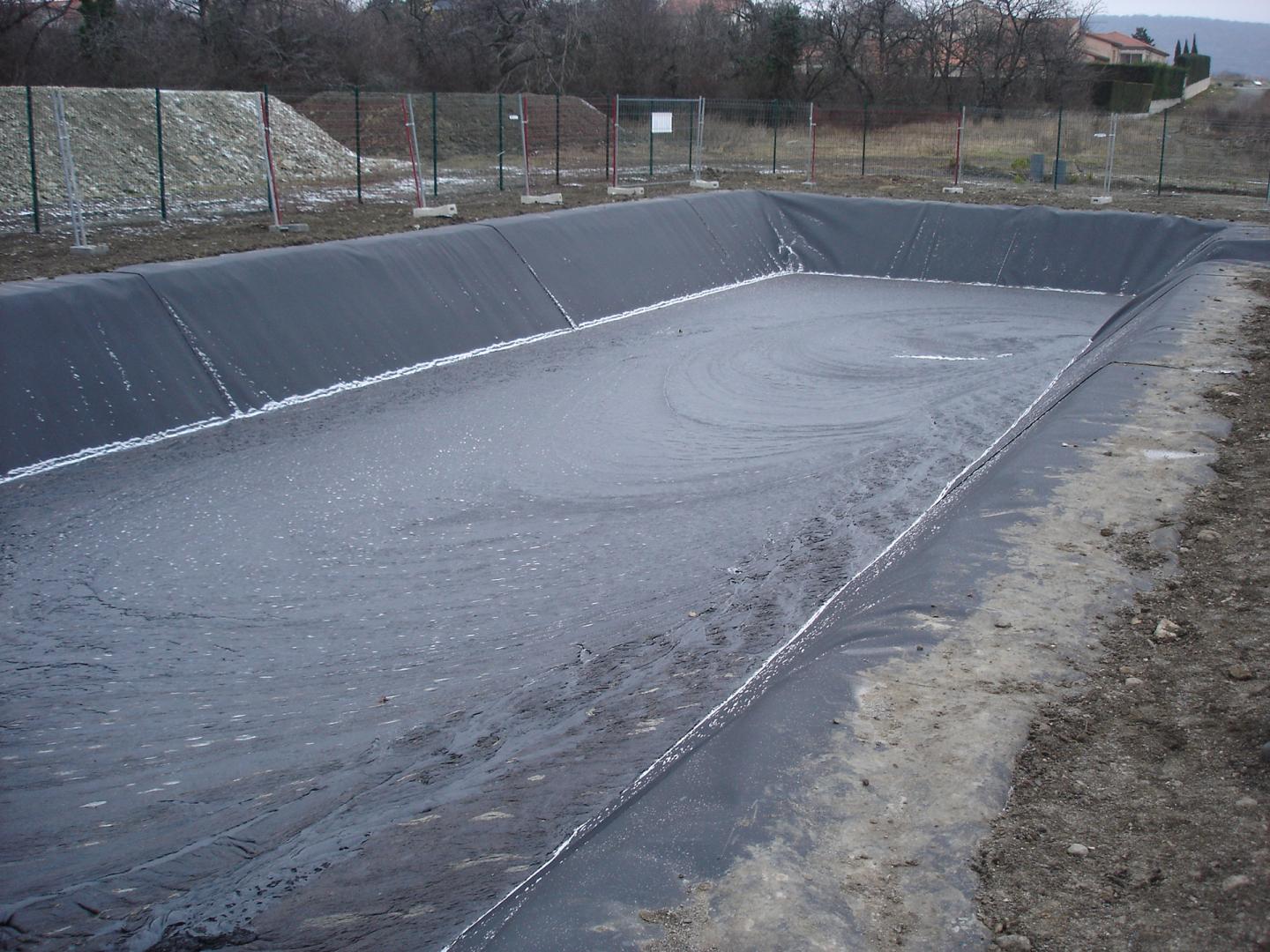 The bitumen collection and holding pond.

The Cébazat facility, in the Limagne floodplain (Puy-de-Dôme), is an abandoned exploratory well dating back to the early 1980s. The geological context, with tertiary clays with a high organic matter content, was highly favourable. Oil indices have been known in the region since Antiquity, with surface seepage across the entire basin and evidence of hydrocarbons at greater depths. Regular and sustained explorations began in the 1960s, but ceased in 1983.

On 29 October 2012, following excavation work to create an eco-neighbourhood in the village of Cébazat, the abandoned wellhead was damaged. Several hundred cubic metres of viscous oil spilled out of the well at a rate of 3 to 4 m3 per day. When dykes, then bitumen holding ponds, failed to stem the flow, safety engineering became a matter of urgency.

The operation required specialised design work, heavy equipment as used in the petroleum industry and specific management of the environmental and industrial risks.

Thanks to excellent coordination with the DGPR, DREAL-Auvergne, the oil company Lundin and the planning authority (Public Office for Habitat and Social Housing - OPHIS) working under the BRGM as state-delegated project manager via the Mine Risks and Safety Department (DPSM), the operation was completed in less than a year. 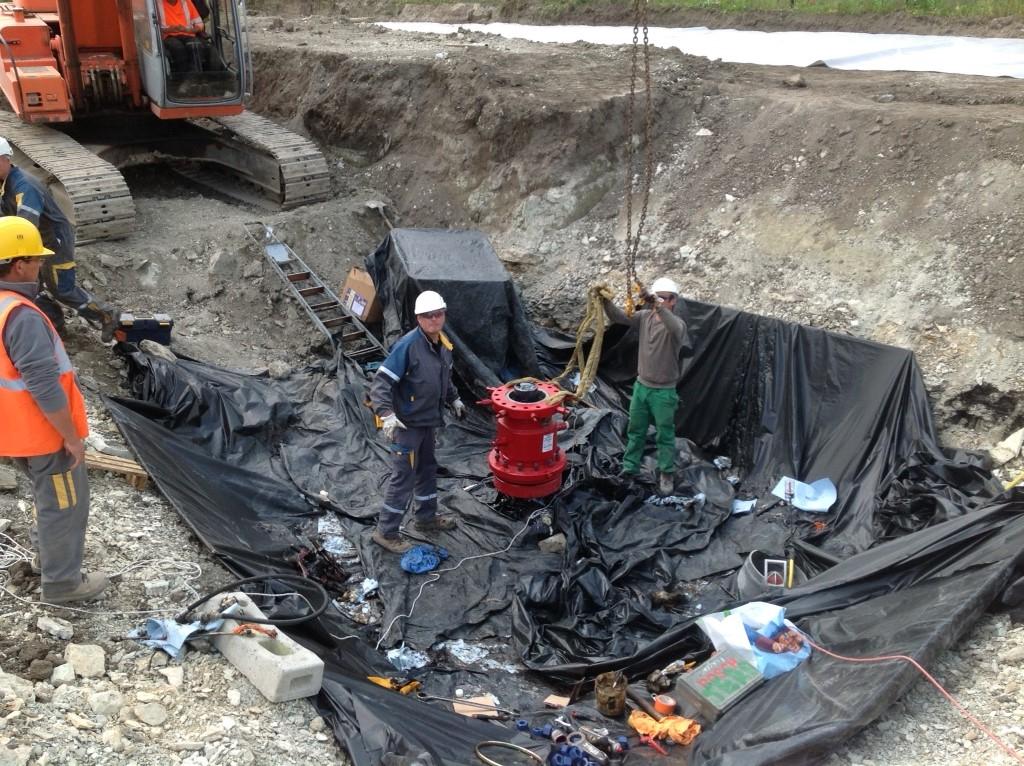 Safety and pressure monitoring apparatus placed over the wellhead.

Work began on the ground on 23 January 2013 with a temporary plug to stop the oil leak. Next, after a site clean-up (holding ponds emptied and filled in, depollution operations, etc.) by OPHIS, Lundin, under BRGM supervision, handled several work phases from June to September 2013.

Excavations were conducted to seal off the upper part of the well and install a new wellhead. Full-scale tests for this phase had previously been conducted by Lundin. Civil engineers then took over to prepare the site for the drilling machine, with which the well was permanently sealed - after removal of all tubing - with three superimposed cement plugs totalling 298 m in length in the upper part of the well. The entire operation was completed in August 2013.

Analyses made before and after the operation show that the site is no longer polluted by hydrocarbons. This was a particularly successful high-risk operation. Media coverage was intense (both nationally and in the region), and the project was faced with major potential problems: a worksite in the heart of a residential area with people living less than 100 m away, strong odours, 24-hour machine operations, etc.

This project, with high levels of anticipated pressure (up to 65 bars) and the presence of CO2, produced valuable lessons for future operations and safety. It also highlighted the need, in operations of this type, for design studies including full-scale tests.