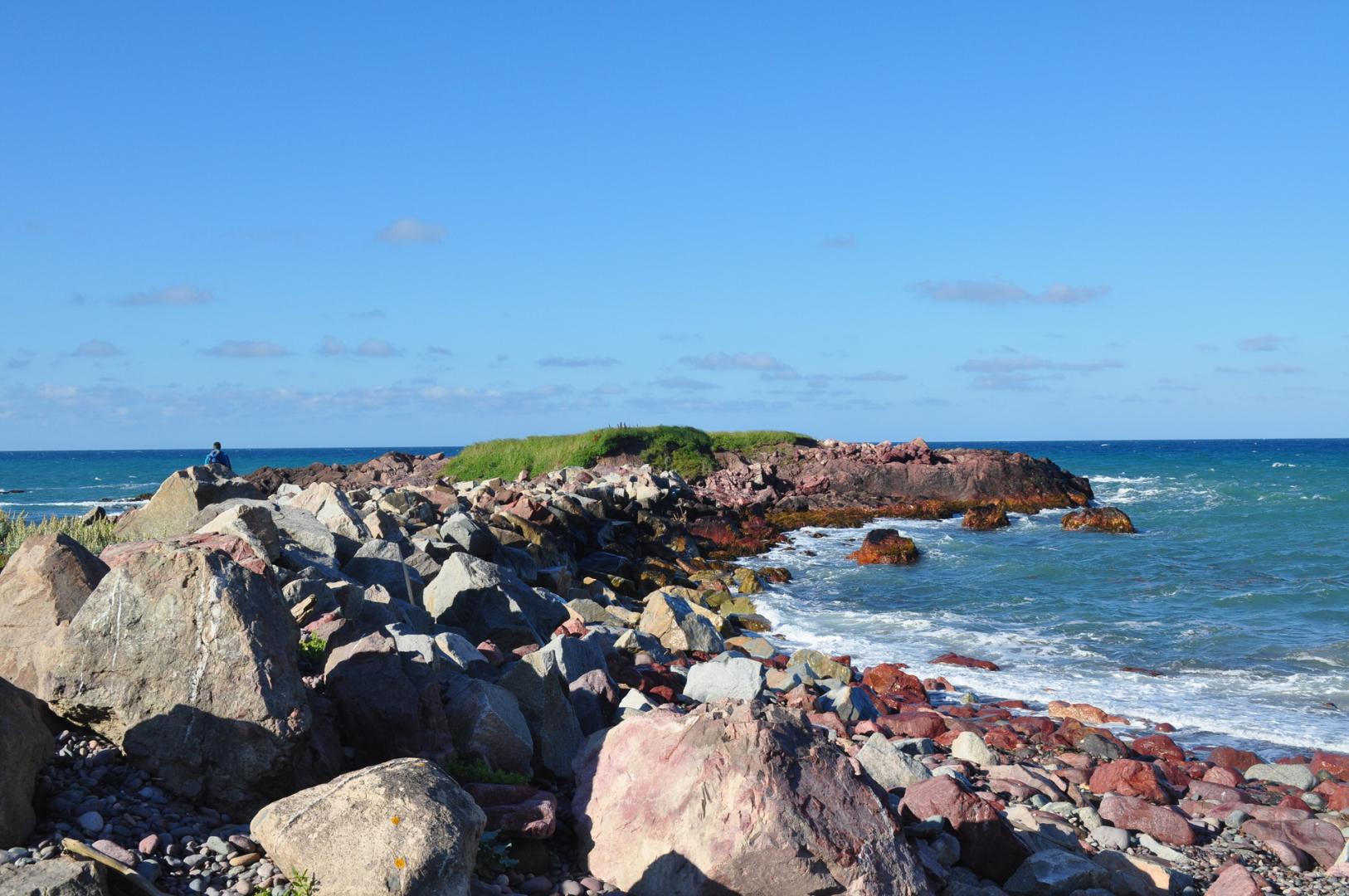 Share
The archipelago of Saint-Pierre and Miquelon in the Northwest Atlantic is exposed to various weather and marine hazards, mainly associated with subarctic depressions or cyclones moving up the East Coast of the United States. The coastline, around 200 km in length, is therefore subject to both retreat in rocky or sedimentary coastal areas and coastal flooding in low-lying areas, where the population is established (Saint-Pierre, Miquelon and the hamlet of Langlade). 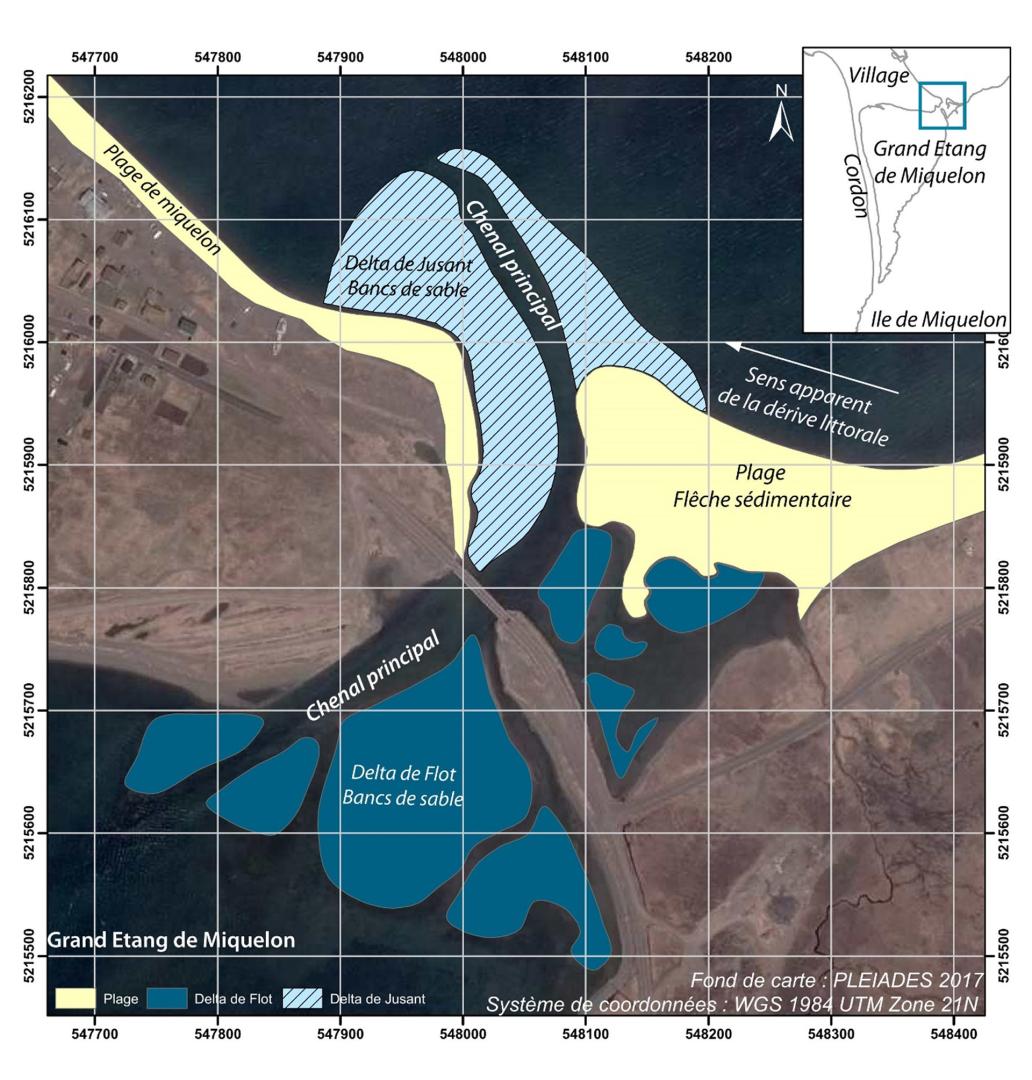 Types of morphologies at the mouth of the Miquelon Gully (2017 - image © PLEIADES).

For several years now, the inner part of the Grand Etang gully has been silting up and the southern part of Miquelon Cove has been gradually retreating. The interactions between the gully and the adjacent beach result from hydro-sedimentary flows, due on the one hand to the oscillating flow in the gully and on the other hand to longshore drift and its obstruction by the gully. An elongation of the ebb-tidal delta (a highly mobile underwater sandy delta created by the outgoing tide) can therefore be seen, which blocks sediment transport towards the north and probably causes a bypassing of the Miquelon Cove beach.

In this context, the Saint-Pierre and Miquelon Directorate for Territories, Food and the Sea (DTAM) asked BRGM to conduct a study to determine the hydro-sedimentary mechanisms at play in the gully area, in order to help sustainably manage the site and erosion of Miquelon Cove.

Historical data and recent satellite observation data were analysed to characterise the cyclical variations of the gully mouth: the growth of the ebb-tidal delta causes the channel to rotate and the southern part of Miquelon Cove to erode, until a natural break in the spit occurs, which restores a more linear channel and transfers sediment to Miquelon Cove. This cyclical mechanism is mainly the result of the prevailing swell and longshore drift. However, the break in the spit, probably due to stronger flows in the gully during high tides, remains difficult to predict.

The study therefore helped establish a conceptual diagram of the functioning of the mouth and enabled management recommendations to be made for the system. Two main options were selected: either to let the mouth evolve naturally or to take moderate action (extraction) aimed at restoring the channel's equilibrium position and replenishing the beach downdrift of the sediment transport without disturbing the hydrodynamics of the system. 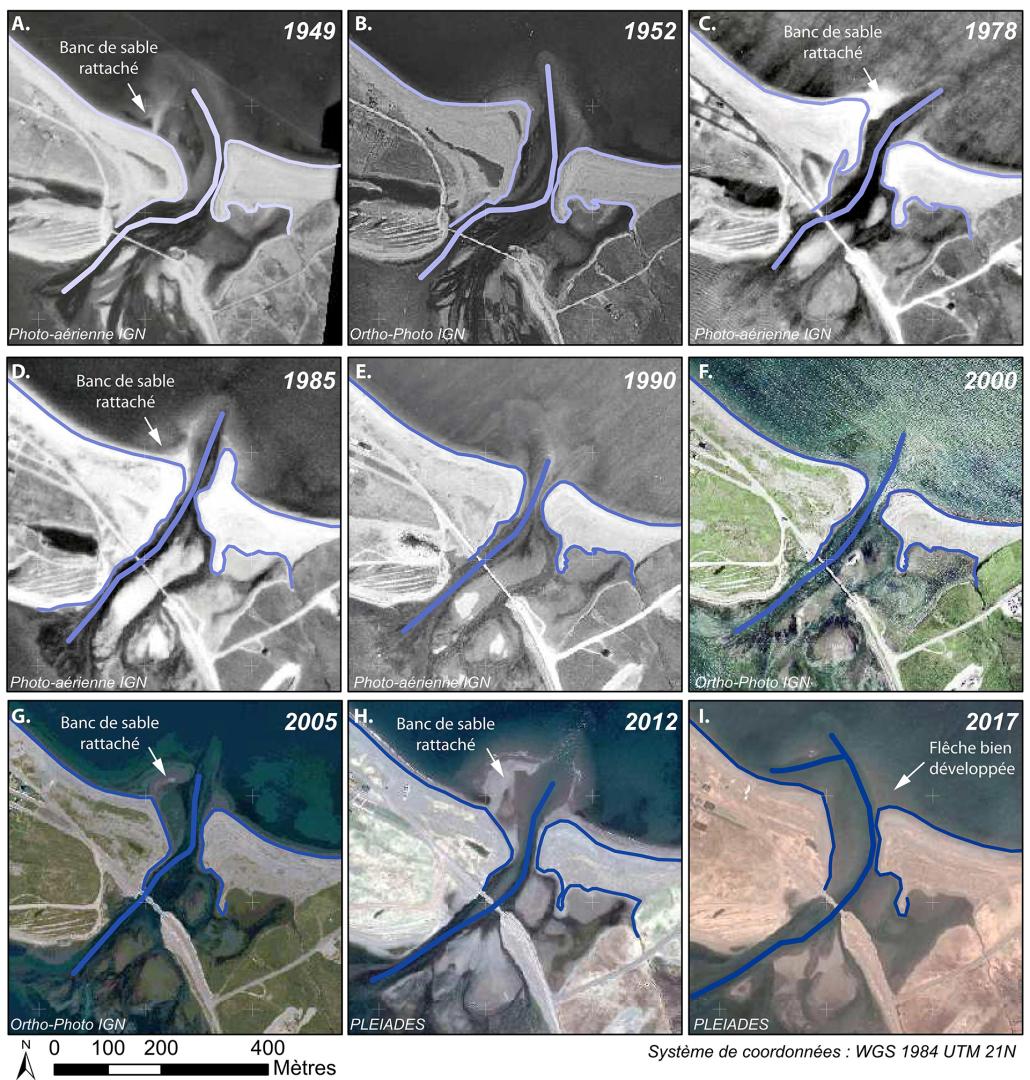 Changes in the mouth of the Grand Etang de Miquelon between 1949 and 2017. The lines represent the shoreline and the main route of the channel. Maps © BDOrtho IGN.

The recommendations made at the end of this study indicate that it is possible to manage the sediment at the mouth of the gully of the Grand Etang de Miquelon. The DTAM can therefore take action on the ebb-tidal delta, although this will need to (i) remain moderate and (ii) avoid modifying hydro-sedimentary processes. The main advantage of this strategy is that it will be possible to choose the place where the extracted sand is deposited, in order to optimise replenishment of the eroded areas. 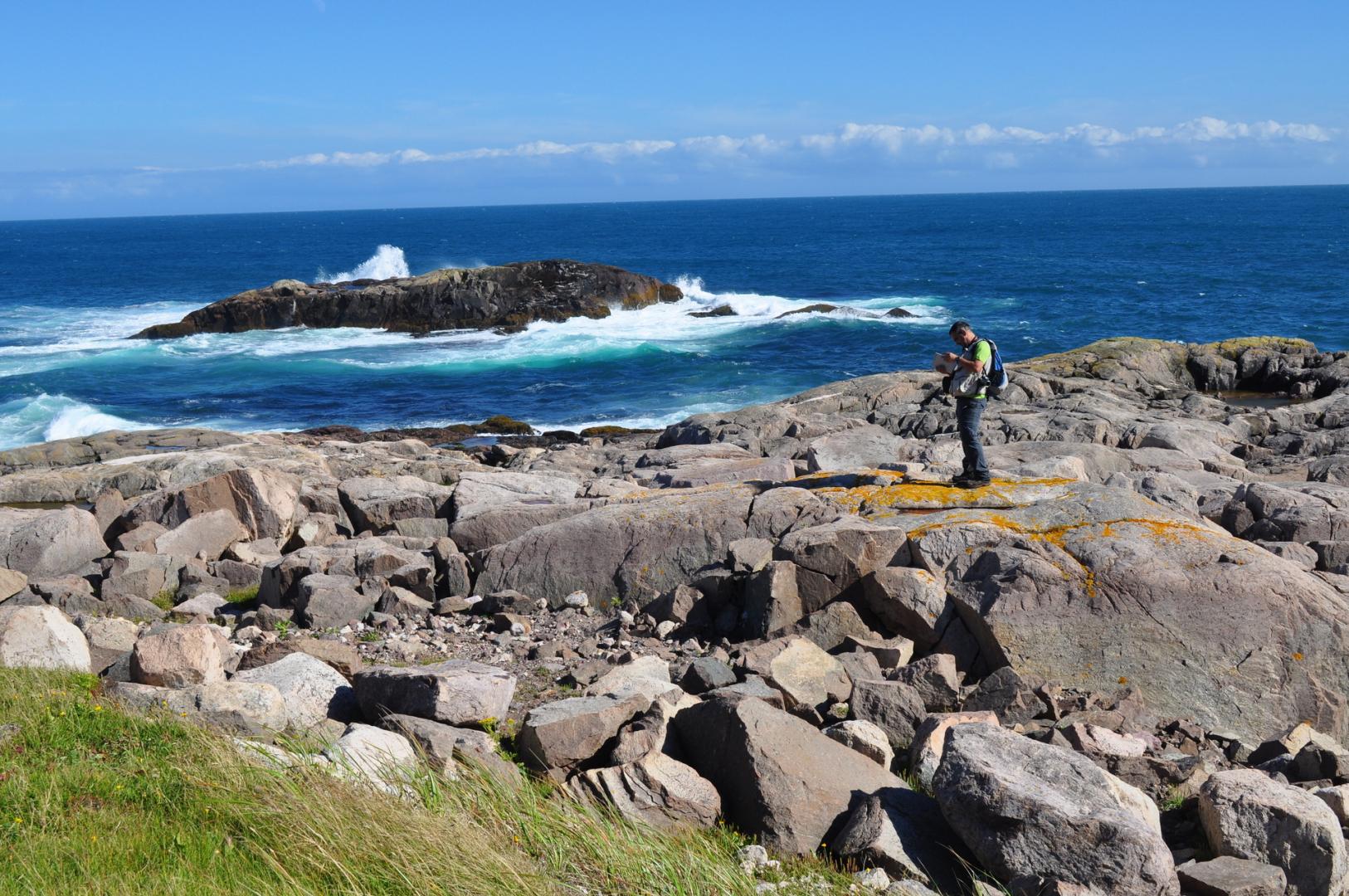 This study has helped us better understand the functioning of the gully of the Grand Etang de Miquelon. In particular, it explains how the gully affects beach erosion and suggests possible work to safely restore sediment flow in the gully. It forms part of a series of studies dedicated to improving understanding of erosion phenomena.