Post-mining : Orbiel Valley, how to manage a polluted site affected by a major weather event

Share
Despite 2020 being an unprecedented year due to the COVID-19 pandemic, BRGM's Mine Safety and Risk Prevention Department (DPSM) managed to continue its routine monitoring of mining facilities. The department launched and monitored the major projects that were planned, such as repairing the water-proofing of the Montredon storage facility in the Orbiel Valley.

After the spectacular and destructive floods of October 2018 that affected the Orbiel Valley in the Aude département, the authorities and local population wanted to identify ways of reinforcing the measures for managing pollution from the former mining and industrial sites in Salsigne, which was France’s main gold mine for a long time, before closing in 2004.

In the eyes of many local inhabitants, the flood revealed that there was often a lack of knowledge and understanding about the historical mining and industrial activity in the area; in particular, the fact that polluted materials are still present, some of which are not contained. The disaster caused sediment displacement and soil erosion, and also redistributed the pollution, which was already present, but mostly properly contained away from the waterways.

As part of its mission and core activity, BRGM manages mining sites in France on behalf of the State and therefore decided to reinforce its monitoring of soil, groundwater, surface water and dust in the area. This meant the management of the valley’s mining sites took on a whole new dimension. Ambitious operations were launched within the framework of an action plan drawn up by the Aude Prefecture, under the supervision of the site Monitoring Committee.

As a matter of urgency in the aftermath of the floods, the following actions were implemented: reinforced monitoring of pollution, work to secure old storage facilities, and the rehabilitation of hydraulic networks and dykes. Other operations were also implemented, managed by the DPSM (BRGM’s Mine Safety and Risk Prevention Department) with scientific and technical support from other specialist departments such as the DEPA (Water, Environment, Processes and Analyses Department) and the DGR (Georesources Department). These operations included a technical and economic study of pollution management in the Grésillou Valley (a tributary of the Orbiel) and the quantification of potentially contaminated dust.

At the same time, an initial geochemical background of the mining area was established and work was undertaken to repair the water-proofing of a large processing-waste storage facility (about one million cubic metres, representing a budget of more than €5 million).

All these actions aim to better control and manage the impacts of the site, which is particularly complex due to its history and technical characteristics, and exacerbated by the context of climate change, which leads to more violent and more frequent weather events. As such, it is crucial to ensure a high degree of synergy between the different government departments – in consultation with the various stakeholders (local elected officials, local residents, researchers, etc.) coordinated by the Site Monitoring Commission – in order to identify and implement effective and sustainable management measures over the long term. 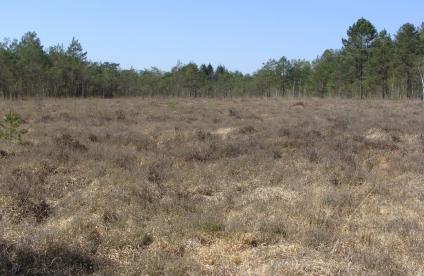