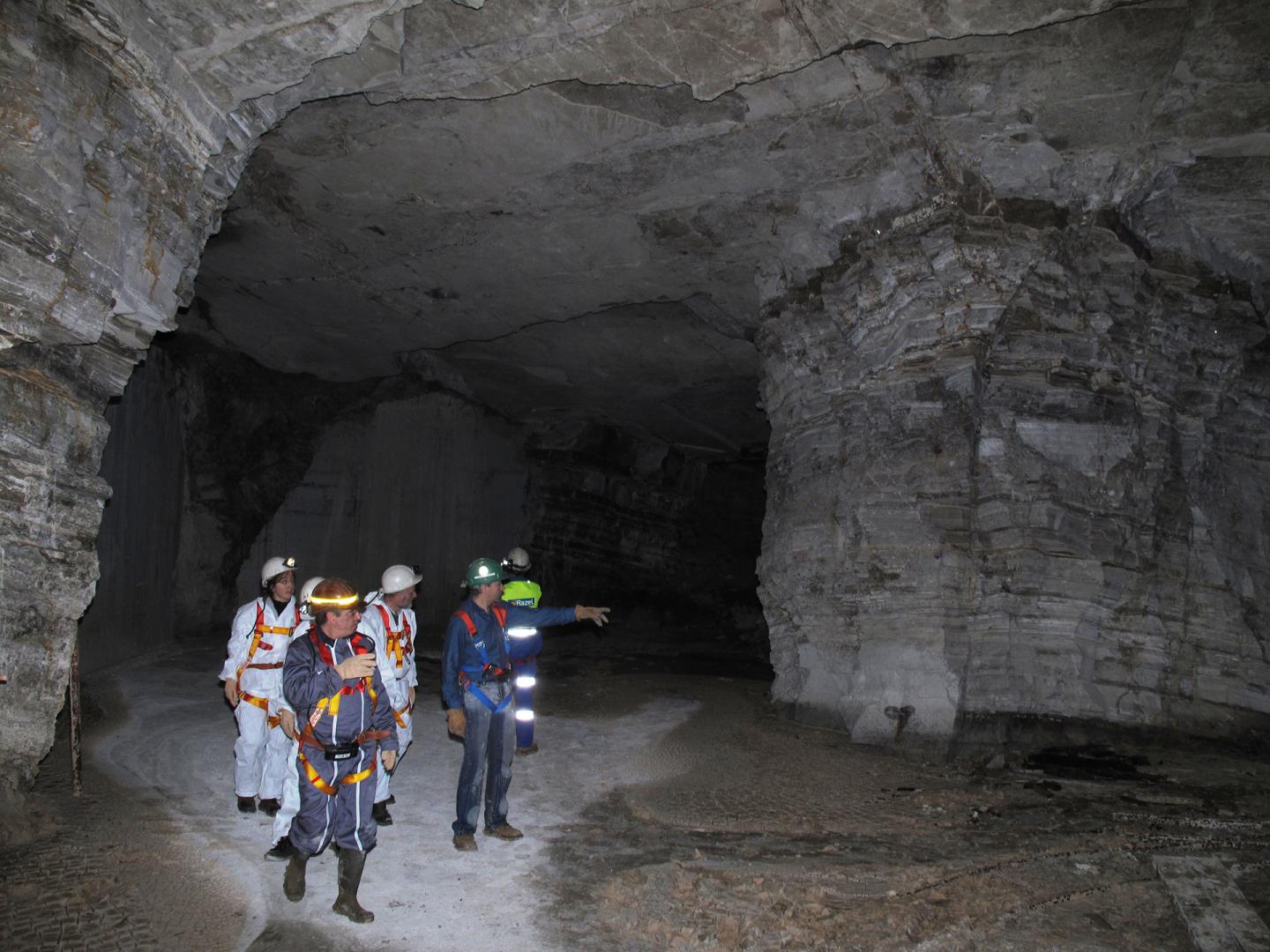 Partial infilling of the Camoins mine : a difficult task in a sensitive urban setting

Share
The BRGM's work to partly fill in the Camoins mine, right in the centre of a Marseille neighbourhood, again demonstrated our expertise in mine safety engineering. In this instance, there were several particular difficulties: infilling from the bottom, which is unusual, and working in a sensitive environment. 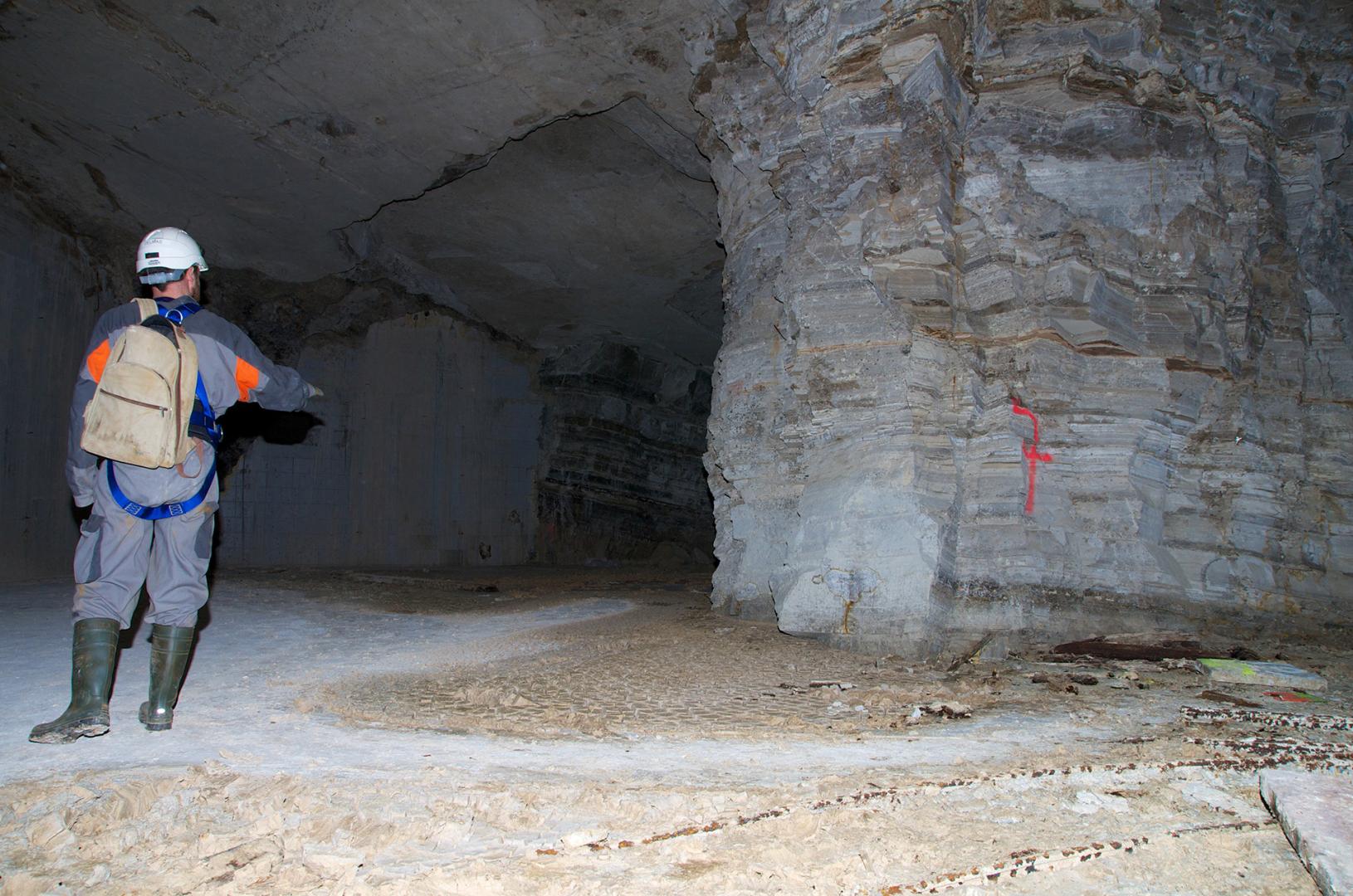 A relatively sound room-and-pillar zone that did not need to be filled in.

The Camoins sulphur mine, which closed in 1963, was worked on a small scale to 30 metres in depth over 2 hectares. Encroaching urban sprawl eventually surrounded the mine, which is now right in the centre of Marseille's 11th arrondissement. Parts of the mine had already been filled in 2008 to keep the public thoroughfares safe. In 2015, the regional DREAL decided to conduct further safety work to protect two houses from sinkhole risks : a post-mining diagnosis by State experts (Géodéris) had indicated the risk of sinkholes appearing on the surface due to the shallow depth of the mine cavities in marl-limestone terrain with seams of gypsum. 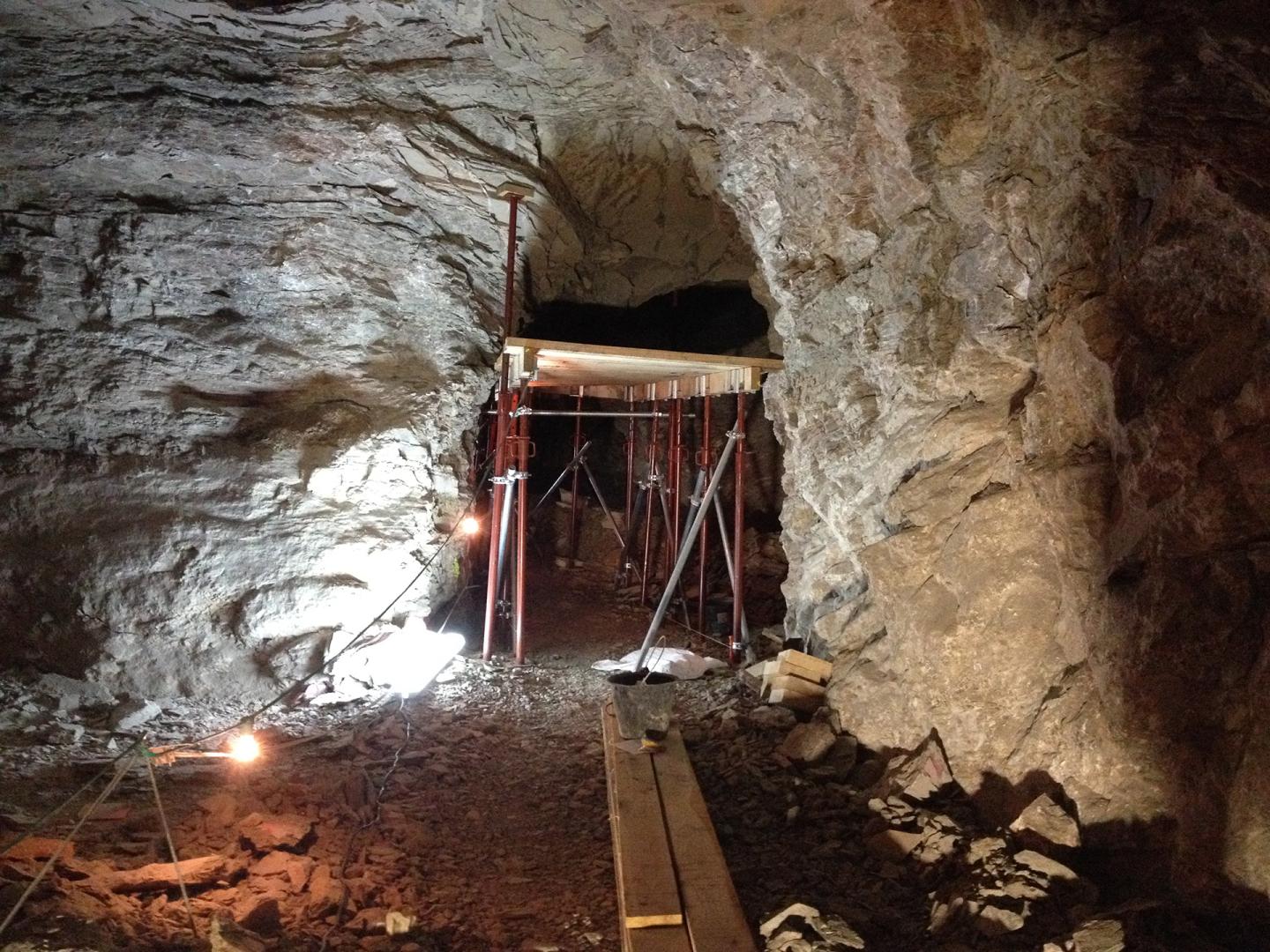 Securing a gallery at the mine bottom to allow workers to reach the infilling zone in safety.

The project, handled by the BRGM as the state-delegated manager during the first half of 2016, was a good illustration of the DPSM's key roles at the BRGM : surveillance and, in this case, ensuring the safety of decommissioned mines.

Safety came first and foremost in this partial infilling operation. This was a core concern because of the unstable condition of some of the galleries, the confined working spaces, risks of radioactive gas emissions and the fact that the worksite facilities and the pit were inside the grounds of a school. The first measure of the project's success is that no incidents occurred.

Another specific feature was that the galleries were filled in from the bottom: this is unusual as it is more common practice to inject cement slurry from the surface through vertical wells. The more complex technique was found to be necessary because of the difficulties involved in reaching the cavities from the built-up surface.

Environmental constraints added to the complexities of this BRGM safety project: a spa downstream from the mine uses sulphurous groundwater, and it was therefore essential to avoid contaminating the underlying aquifer. The cavities to be filled in were therefore leakproofed with a liner to prevent slurry from seeping into fractures in the rock.

In addition, the presence of radon, a radioactive gas found in mine galleries of this type (1 500 Becquerels/m3 and more were measured at the site in 2015) required forced ventilation and dosimetry monitoring during the work.

Moreover, in the unstable galleries that would be exposed over long periods, special retaining structures were required to protect the technicians working at the bottom of the mine.

Finally, the worksite as a whole and the access well were inside the grounds of a school for hearing-impaired children. Site supplies and work therefore had to be specially organised to eliminate any risks of accidents. 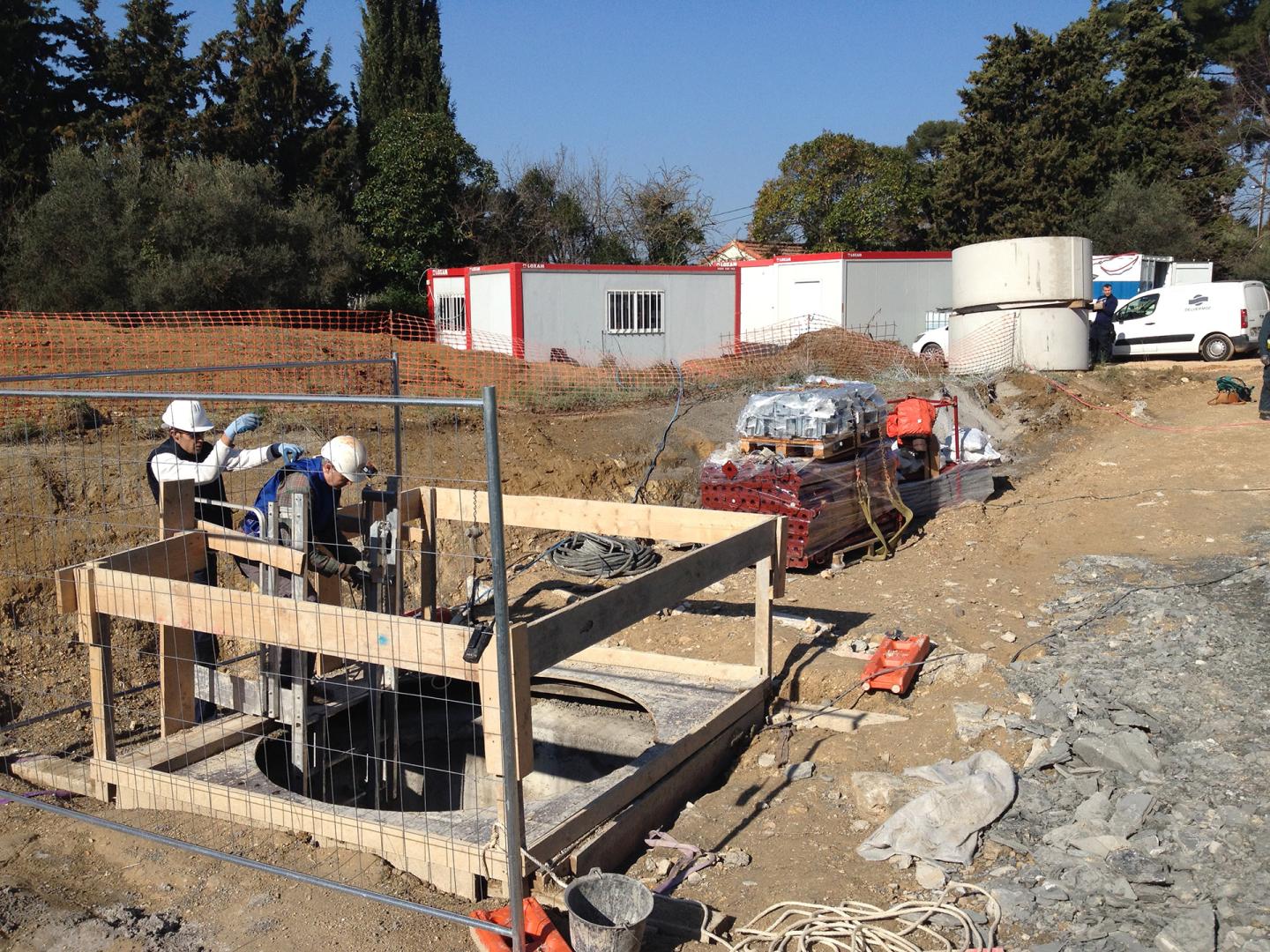 The new wellhead leading to the mine galleries to be treated.

The first work phase involved drilling a new access well down to the mine galleries. The well, 25 metres in depth and 2 metres in diameter, was drilled into limestone, with structural supports installed as the work progressed. The self-placing concrete slurry was then poured from the well into cofferdams installed in the cavities to be filled. Altogether, it took seven weeks to inject the 3 500 m3 of site-mixed slurry.