Share
The departmental ground instability atlas for the Territoire de Belfort highlights in particular the significance of the risks associated with karstic collapse/subsidence, landslides and falling boulders. It is therefore essential to take these phenomena into account for spatial planning and development of the city of Belfort. 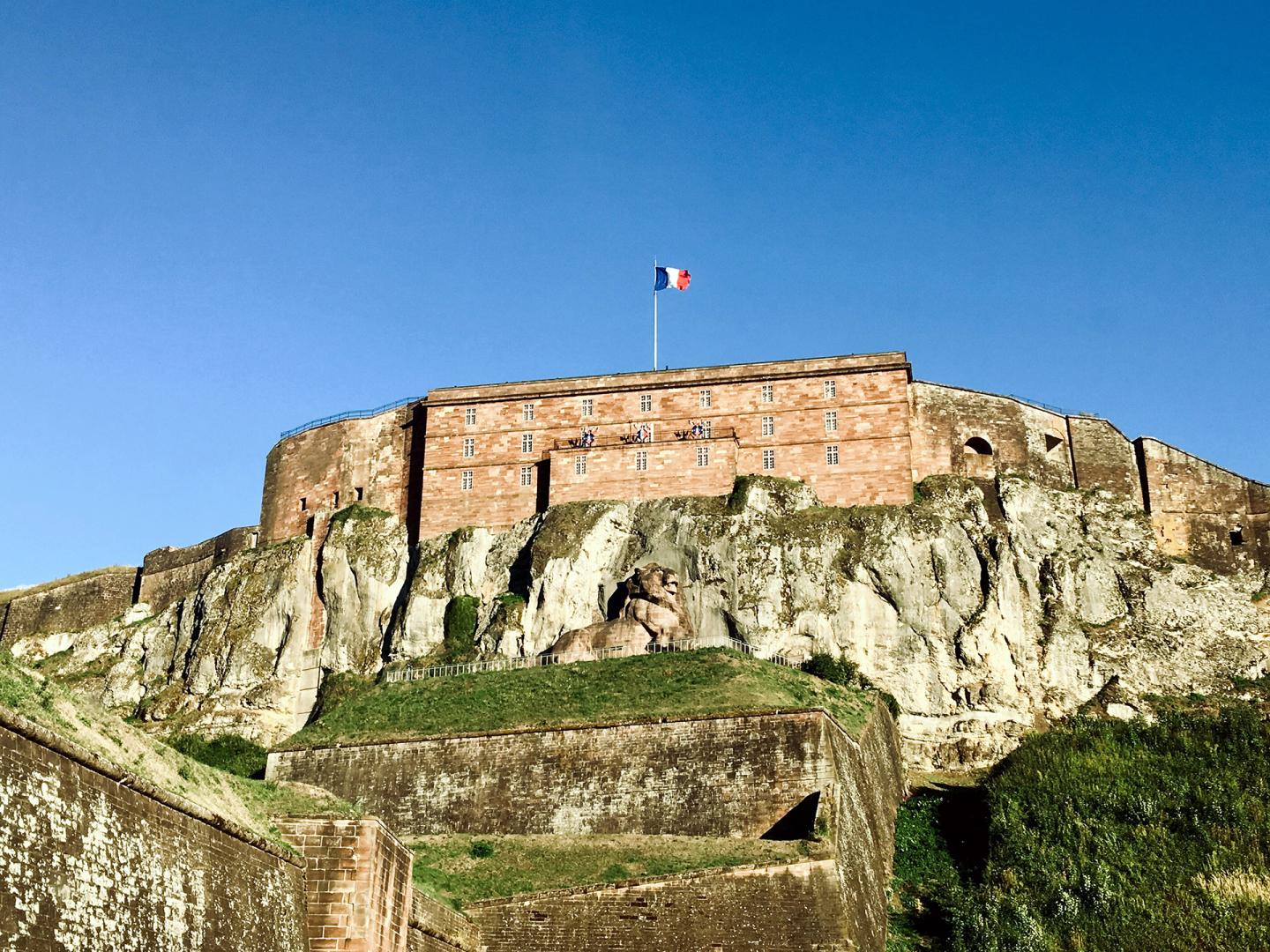 In order to take better account of natural risks in the revision of the local urban planning scheme (PLU), BRGM was asked by the Belfort city council to conduct a multi-hazard mapping study. This was carried out under significant time constraints in order to keep to the schedule for the revision of the PLU.

The empirical "expert" approach used consisted in assessing the hazards from feared phenomena at the scale of the municipality (i.e. 17.1 km²) and for a reference period of 100 years. On the basis of in situ observations, the literature and existing databases, in particular the inventory of historical phenomena, as well as a geological synthesis that was specifically produced for this study, the three hazards were defined separately.

The collapse/subsidence hazard, associated with karstic cavities, was defined according to a multi-criteria approach analysing the different processes that can lead to a surface disturbance. On the Territoire de Belfort, the hazard is mainly due to the sinking of materials covering the limestone karst. A mechanical rupture of the rocky roof of the cavities was considered very unlikely, with the exception of the Cravanche cave area.

The landslide hazard was assessed according to BRGM's feedback from work carried out in similar lithological and morphological contexts. The analysis was based mainly on digital terrain models, geological maps, and readings and observations from the field.

The falling boulder hazard was defined on the basis of an analysis of digital data and field investigations, followed by the mapping of starting areas (rocky ledges), which were each given an activity index (starting frequency), an intensity index and a probability of occurrence (propagation). 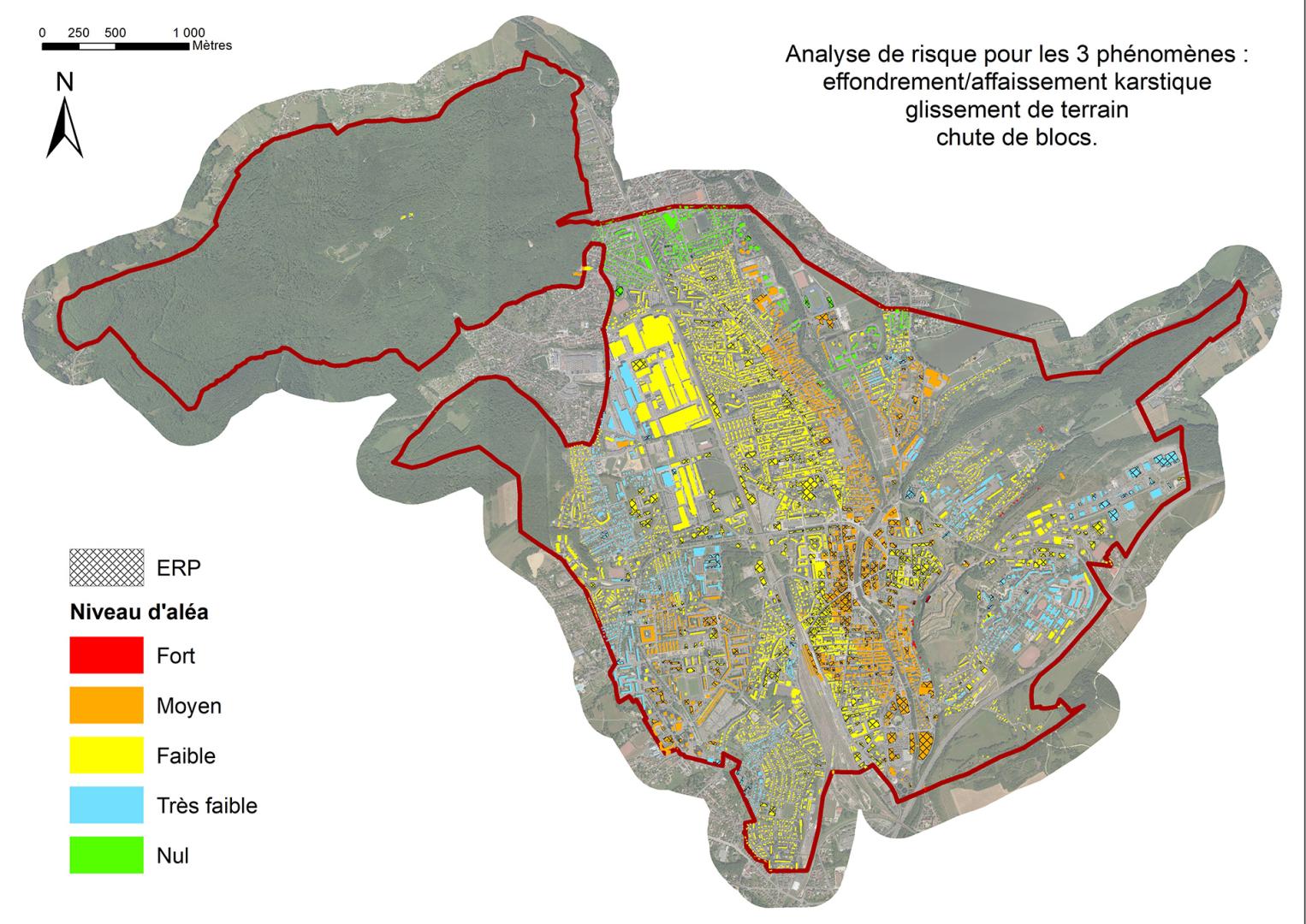 Mapping of buildings according to hazard levels, all phenomena combined (Belfort, 2019).

The study results were integrated by the city planning department in the revision of the city of Belfort's PLU. In order to provide Belfort city council with technical support for this approach, general city planning recommendations were made and a risk pre-analysis was carried out for each phenomenon by comparing the stakes (without any vulnerability assessment) with the level of hazard assessed. 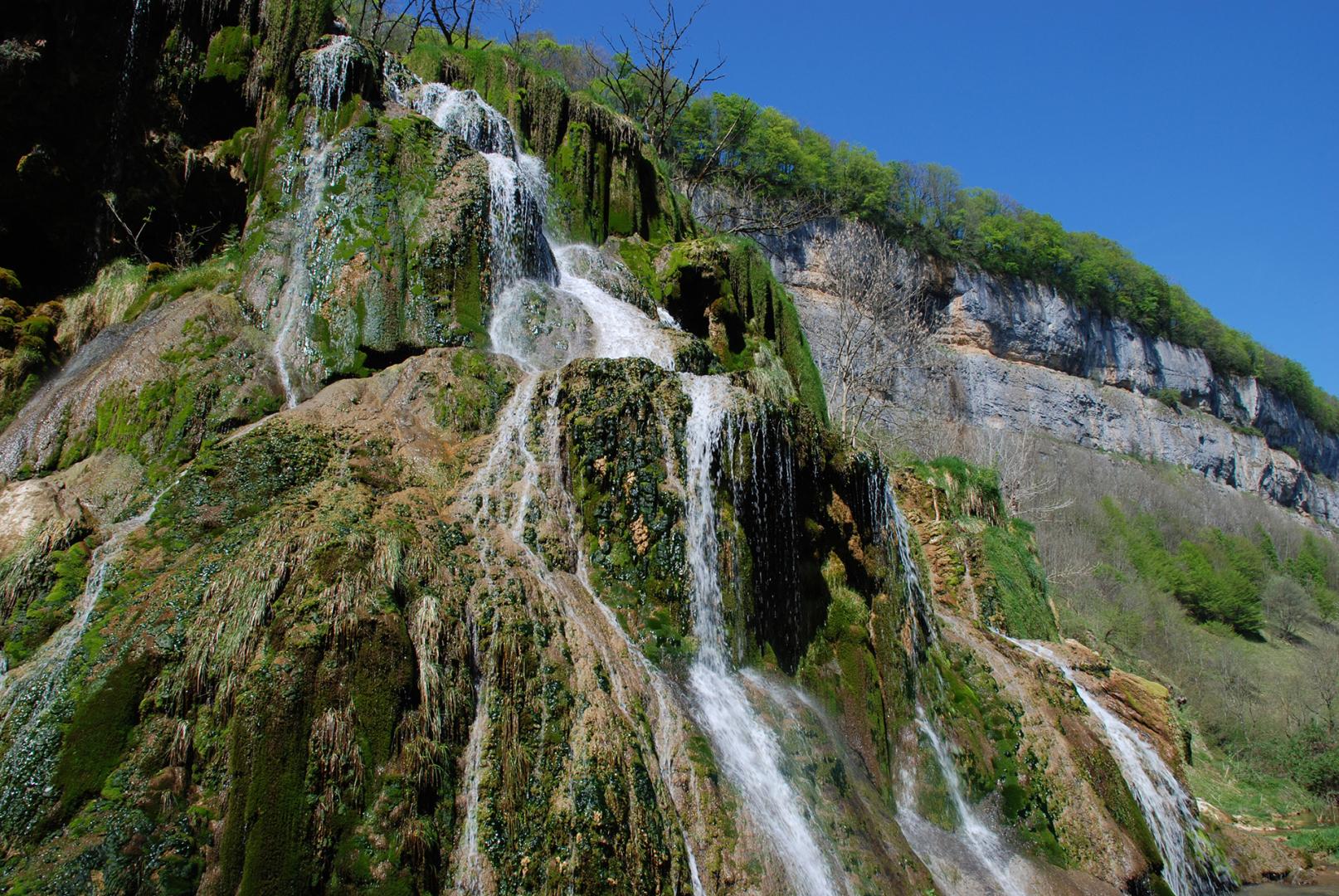 BRGM demonstrated its ability to respond under significant time constraints. This study gives us valuable knowledge of the areas concerned by the hazards of ground instability and falling boulders. This first step, which is important for our PLU, now needs to be implemented operationally. So before each project can begin in these areas, we need additional studies confirming or ruling out the risk and defining the specific measures to be put in place.