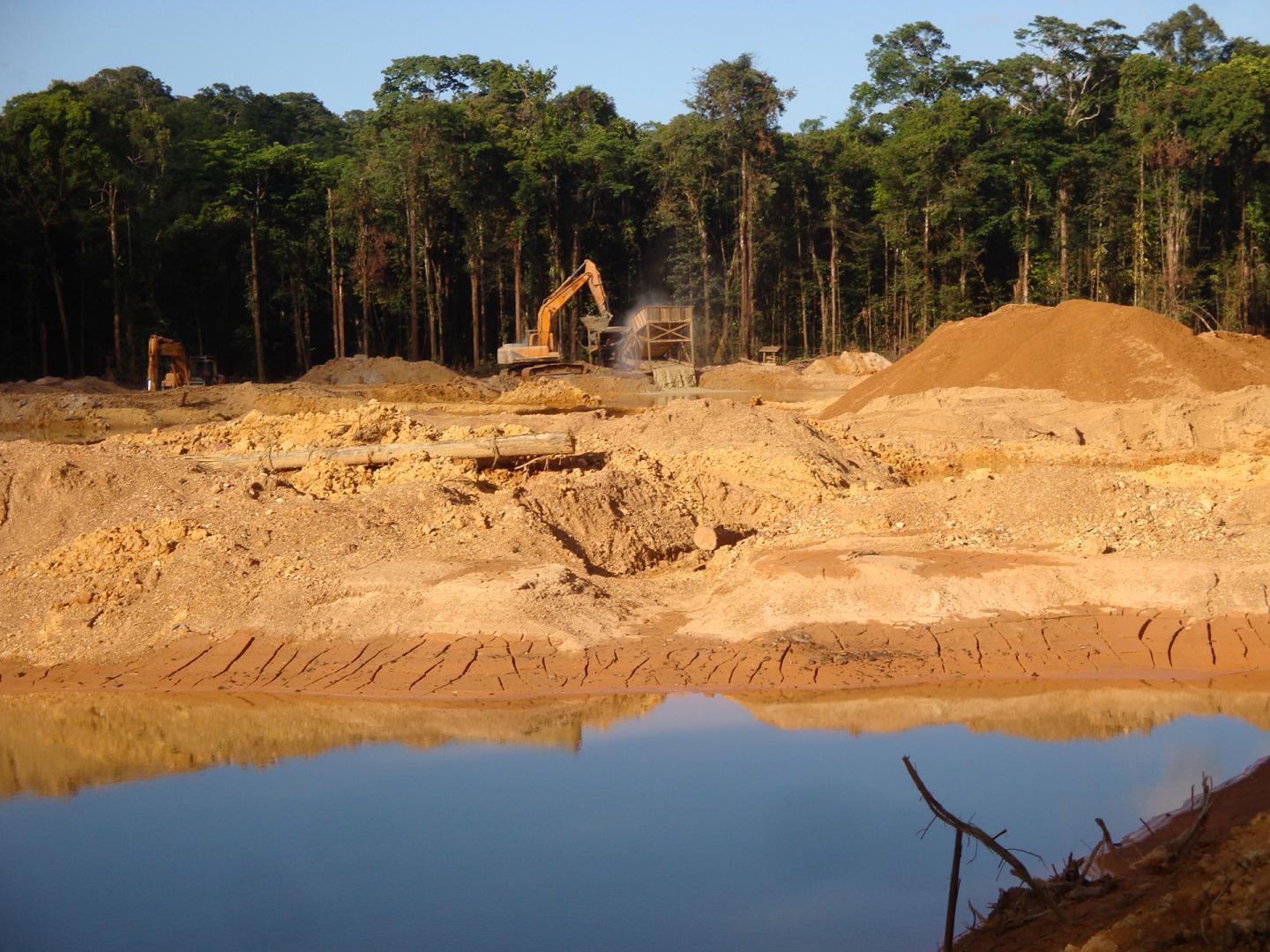 Montagne d'Or project in French Guiana: economic positioning and alternative techniques to the extraction of gold from ore by cyanidation

Share
French Guiana is the most promising and attractive French region for potential gold deposits and more and more gold exploration projects are being carried out there. Guyanese gold deposits are classified into 5 types: alluvial, colluvial, residual, oxidized and primary. While gold production in French Guiana has historically been mainly based on the exploitation of alluvial placer deposits, major mining projects, such as the Montagne d'Or mining company project, are currently awaiting authorisation by the French government following public discussions with local authorities and other local stakeholders. 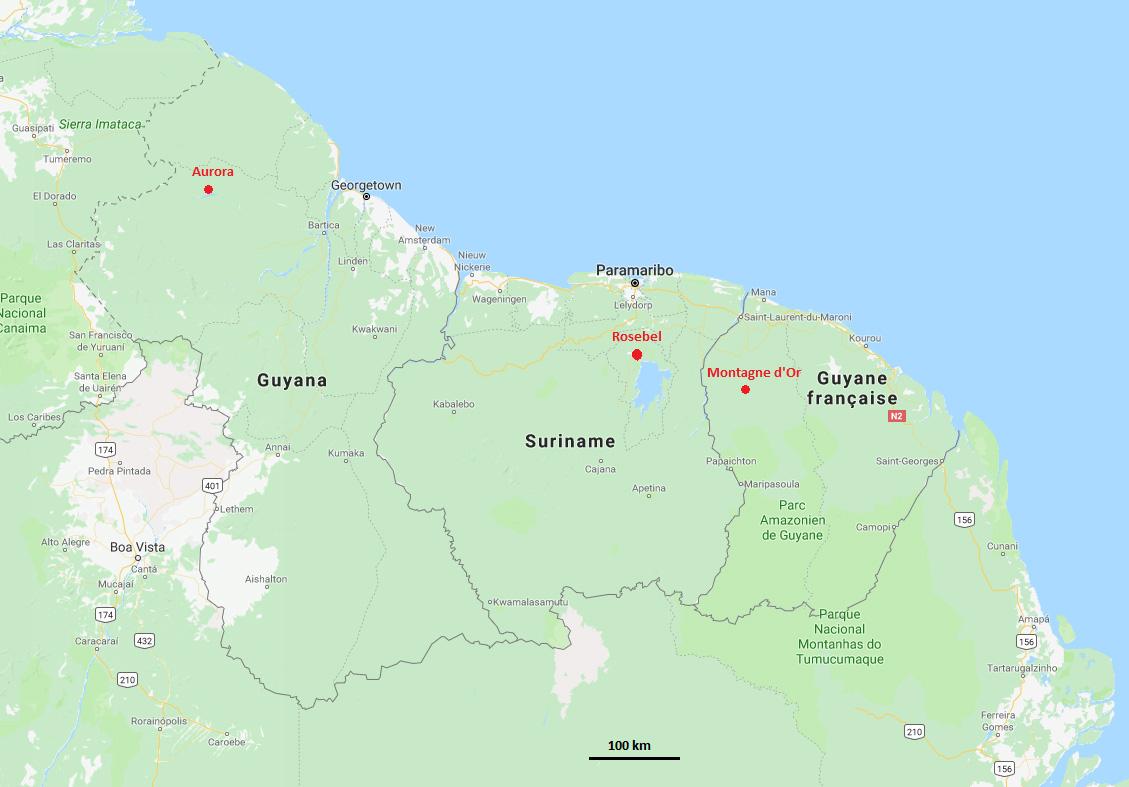 Location of the three gold extraction projects studied: Aurora in Guyana, Rosebel in Suriname and Montagne d'Or in French Guiana. (Source of the background map: Google).

At the request of the State and to assist State services in future decision-making, BRGM has prepared a series of syntheses and expert appraisals providing insights into current good practices and international standards in other gold-producing countries. These elements, considered in the Guyanese context, helped the government to compare the Montagne d'Or project to other operating gold mines in the world. In addition to a comparison of various criteria for the economic positioning of the project, a memorandum (BRGM/RP-68620-FR) was published on international best practices in terms of impact management and the social and environmental responsibility of mining operators, and in particular on alternative technologies to cyanidation for the processing of gold ores in Guyana. Primary deposits are not currently being exploited. The primary gold potential, which requires the use of extraction processes using complexing reagents such as cyanide, is therefore almost untapped.

In economic terms, the Montagne d'Or (MDO) project appears to be very similar to other projects in equatorial regions. It ranks reasonably, both in terms of production capacity and operating costs or resources and reserves:

The main difference between the projects studied comes from the regulatory and fiscal framework. While company taxes are high in French Guiana, in terms of mining royalties, the current tax rate is particularly low: 1.8% in French Guiana compared to 8% in Guyana, for example.

In terms of profitability, the mine’s estimated lifecycle in the feasibility study may vary over time. The MDO project was compared to two mining projects with similar characteristics: the Rosebel mine (IAMGOLD) and the Aurora mine (Guyana Goldfields), which are two good examples showing that the gross revenues generated during the first years of operation generally optimise the mine's lifecycle. In the case of the Rosebel mine (IAMGOLD), the initial lifecycle taken for the feasibility study has already been exceeded with 14 years of operation (compared to 12 years initially planned), while in the case of the Aurora mine, the investments cover an optimisation of the lifecycle and the development of an underground mine. As an indication, the return-on-investment period for the Aurora mine is 3 years and 4 months. In conclusion, the study repeats that the measures taken by mining operators with regard to environmental management and remediation at the end of the mine's lifecycle depend essentially on the obligations and constraints imposed on them by the local authorities.

Concerning the inventory of techniques available for the exploitation of gold deposits and, in particular, alternative processes to the gold dissolution process using cyanide complexation, the study concludes that there are alternatives to the use of cyanide for the exploitation of gold ores, though work is still necessary to make them operational. At present, these alternatives are either being implemented on an industrial scale or are in the development phase. In addition, no process has achieved the level of maturity or robustness of cyanide processes. The potential environmental impact of the reagents used in these alternative processes is usually less than that of cyanide. However, in order to compare the overall environmental impact of each option it would be necessary to assess the different processes as a whole (reagent and energy supply chains, energy consumption, water and reagent consumption, liquid effluent and solid waste management, etc.). In addition, alternative processes are often more expensive, and their applicability has not been validated on a wide range of gold ores. Furthermore, for some of these solutions, the downstream hydrometallurgical stages for recovering the gold after it has been solution treated, still need to be optimised or, in some cases, developed. To date, only the process based on the use of thiosulfate has reached a level of maturity approaching that of cyanidation. However, its complexity and operating costs, which are higher than for cyanidation, make it a niche application for gold ores for which cyanidation is not practical, particularly carbonate ores. It should also be noted that the latter process requires the use of ammonia, a compound that is toxic to humans and aquatic species and whose use on an industrial scale requires special precautions.

The memoranda provided a synthetic overview of gold ore mining techniques for different types of deposit while reviewing the progress of research and development work to optimise the cyanidation process or the development, experimental validation and technico-economic assessment of alternative techniques. 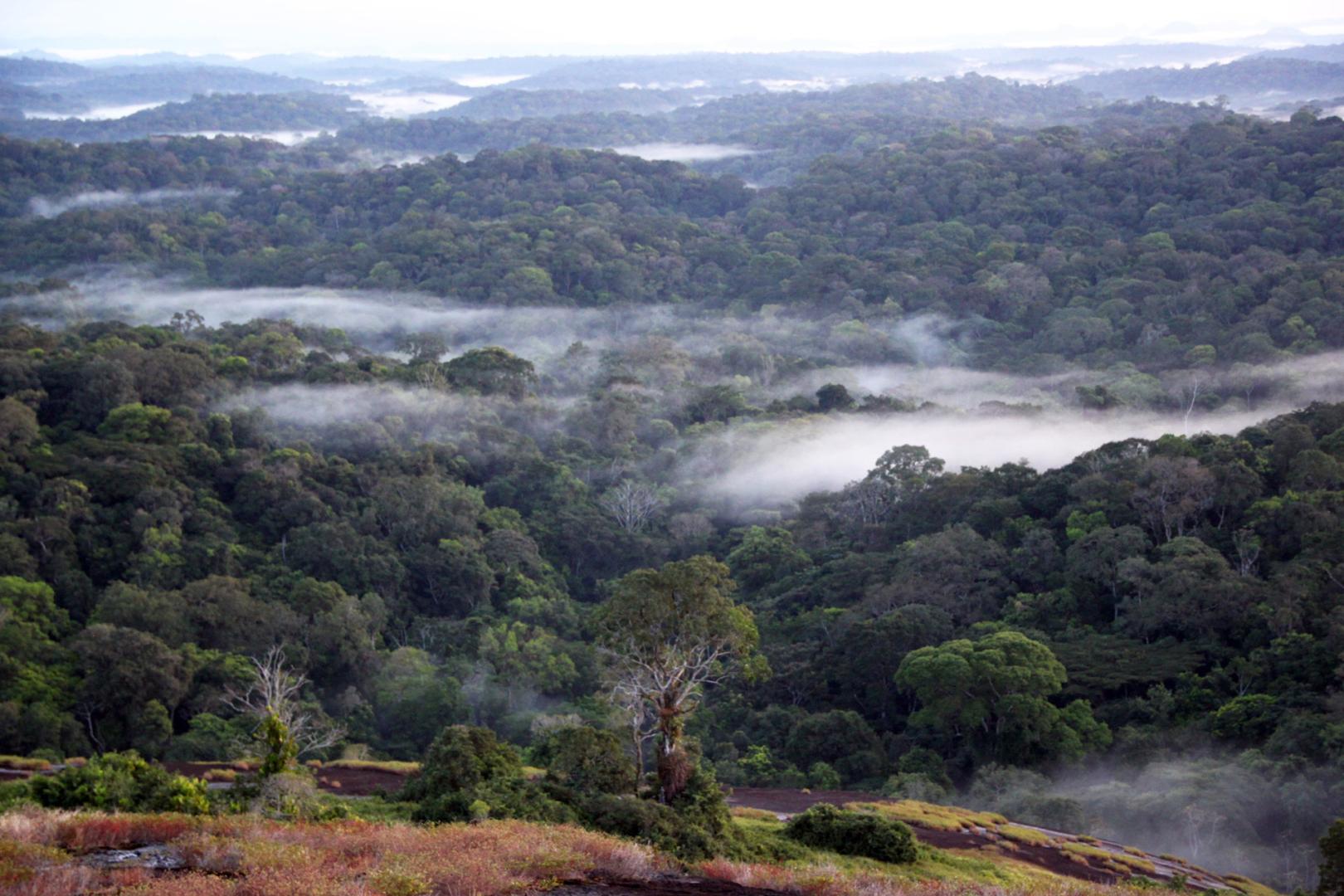