Mineral intelligence: notes on the impact of the COVID-19 crisis on metals markets

Share
As a result of the spread of the coronavirus around the world and the lockdown measures adopted by various governments from March 2020 onwards, numerous direct effects (mine closures) and indirect effects (drop in demand, logistical difficulties, etc.) have affected the mining industry.

In keeping with its role of supporting the State's public services, BRGM's Mineral Intelligence team began producing a series of briefing notes in March to shed light on the potential impacts of the pandemic on the world's metal production chains. These briefing notes were intended for the public authorities and were designed to provide the best possible guidance for policies related to the supply of non-energy raw materials in response to this unprecedented crisis.

Initially this involved analysing the strategies of metal-producing countries in response to the health crisis. Some governments had imposed a strict shutdown of mining activities for several weeks in conjunction with the initial lockdown measures, while others had maintained mining, classifying it as "essential activities", as in Argentina or Quebec. Accordingly, it was possible as from April to assess the divergence from the initial production forecasts for the year 2020 and to measure the potential effects of repeated shutdown periods on the worldwide production of a number of metals. In terms of tonnages, the overall impacts proved limited, affecting about 1-2% of worldwide production of a large number of substances (gold, silver, copper, cobalt, etc.).

A focus was subsequently placed on several areas of study, in particular examining worldwide logistics systems, which are a major factor in explaining short- and medium-term price movements.

As illustrated above, the first few months of the year saw a mechanical drop in the prices of many metals, mainly linked to the drop in demand when the first lockdowns were announced, including for so-called "industrial" metals such as lead, zinc and aluminium. In May and June, the recovery of Chinese industrial activity and the various stimulus plans implemented in the country stopped this decline and contributed to a return to high price levels.

A prominent example is (Australian) iron ore, where the price rose above US $100/t (spot price) in early June 2020 for the first time since August 2019, following the announcement of the temporary suspension of several Vale mines in Brazil to curb the spread of the disease. In addition, uncertainty about the ability of Brazilian producers to deliver due to a sharp deterioration of the health situation in the country has led Chinese steel producers to increase their stocks. As a result, Chinese iron ore imports increased by around 5% (in January-May 2020 compared to the same period in 2019) and the country's steel production reached a record level at the end of 2020: almost one billion tonnes.

These notes were drafted for the Non-Energy Mineral Resources Policy Office at the Ministry of Ecological Transition and can also be disseminated among other government departments.

Although none of this particular work has been publicly disseminated, other materials targeting a more informed audience or with a broader scope are regularly disseminated on the mineralinfo.fr portal. BRGM's expertise in market analysis, research and monitoring of responsible supply issues, recycling or the development of the circular economy in non-energy mineral resources is shared in this way. 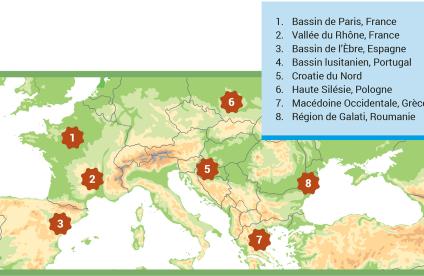 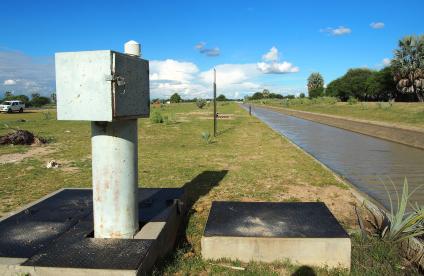