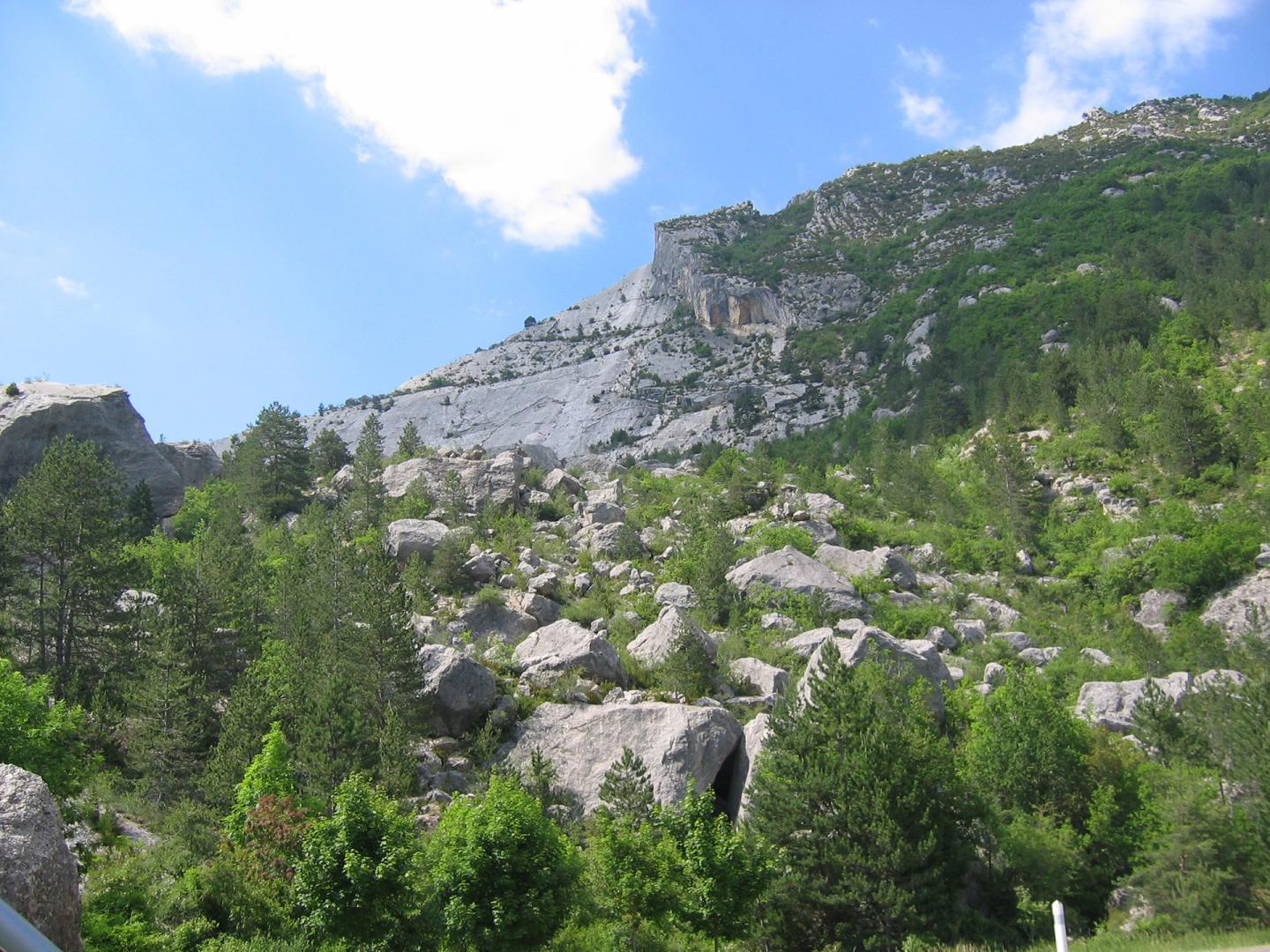 Share
After a period of almost continuous bad weather in the first half of 2016, a rock fall partially obstructed the Rhine-Rhône canal at Isle-sur-le-Doubs (in the Doubs département) during the night of 24 to 25 June. BRGM Bourgogne-Franche-Comté carried out a survey to assess the risks and provide safety recommendations. 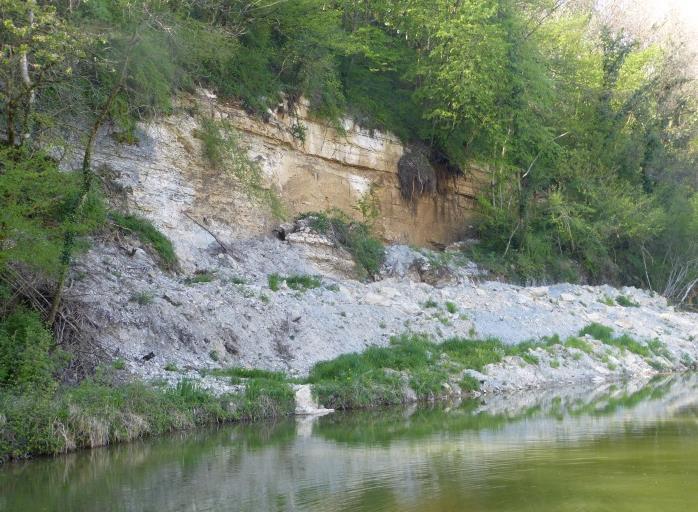 Southern section of the area affected by the June 2016 rock fall along the Rhine-Rhone canal.

On the evening of 24 June 2016, heavy rains falling on already-waterlogged land resulted in several ground movements throughout the Bourgogne-Franche-Comté region (particularly in the Doubs river valley).

Due to the storm's extreme intensity in the area of Isle-sur-le-Doubs, unprecedented water runoffs caused significant damage at the bottom of the valley (flooded cellars, 100-metre stretch of asphalt road surface washed away). This runoff water also provoked a small mudslide which ran into a large house (requiring the emergency evacuation of the 14 occupants during the night). This was the first such incident in the area to date.

The Rhine-Rhône canal partially blocked by a rock fall

The storm also caused the collapse of a small limestone cliff along the Rhine-Rhone canal.

A100-metre section (4 to 10 metres wide and 10 metres high) of the cliff broke off. The rock fall partially blocked the canal. Emergency work was required to make it possible to navigate along this stretch again, with traffic resuming on the canal on 13 July.

Assessment of the rock-fall area by BRGM

At the beginning of 2017, Voies Navigables de France (VNF) commissioned BRGM to carry out an assessment of all the cliffs above the canal, in the municipalities of Blussans and Isle-sur-le-Doubs. In total, the survey covered a 1-kilometre-long section of cliffs, with particular attention paid to assessing the area affected by the rock fall. The aim of the survey was to:

To carry out a complete verification of certain sections of cliffs, the rock faces were examined by personnel on rope harnesses (in particular to check that a net (hidden by vegetation) attached to a cliff section above a lock on the canal was holding up well).

The rock-fall area examined was quite remarkable because it highlighted the irregular behaviour of the cliff's fracture: 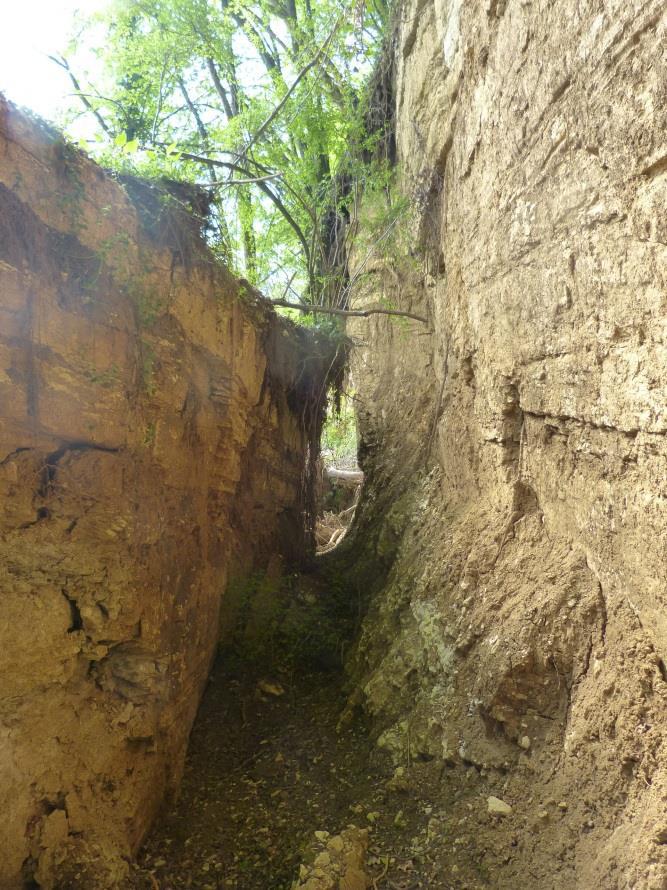 Northern section of the area affected by the June 2016 rock fall, which created a mini canyon.

The unusually prolonged and extensive saturation of the limestone cliff's marly bedrock probably decreased its geomechanical strength, thus creating a defect in its load-bearing capacity.

The storm caused an additional build-up of hydrostatic pressure in a carbonate-rich slope with little karstification (i.e. allowing little water to circulate) and with naturally poor drainage. This created a slip surface in the marly bedrock of the canal bank and caused the limestone cliff - whose base is slightly above the level of the canal - to fracture.

BRGM's assessment of the cliffs was broadly reassuring for VNF, the canal's operator

This survey led BRGM to conclude that, in normal weather conditions, there was no indication that another ground movement would disrupt the normal operation of the canal.

The main residual risk noted was the possibility of a renewed movement of the cliff in the area of the June 2016 rock fall, in the northern section still in place (and along the crack that extends through the rock, which is fractured but which has not noticeably moved in a downstream direction). Due to the cliff's marly bedrock, this would probably be a slow movement (in the worst case, a sudden renewed shift might occur, but with much smaller residual volumes, which would be unlikely to reach the canal or shut down traffic).

Based on these findings, BRGM recommended: