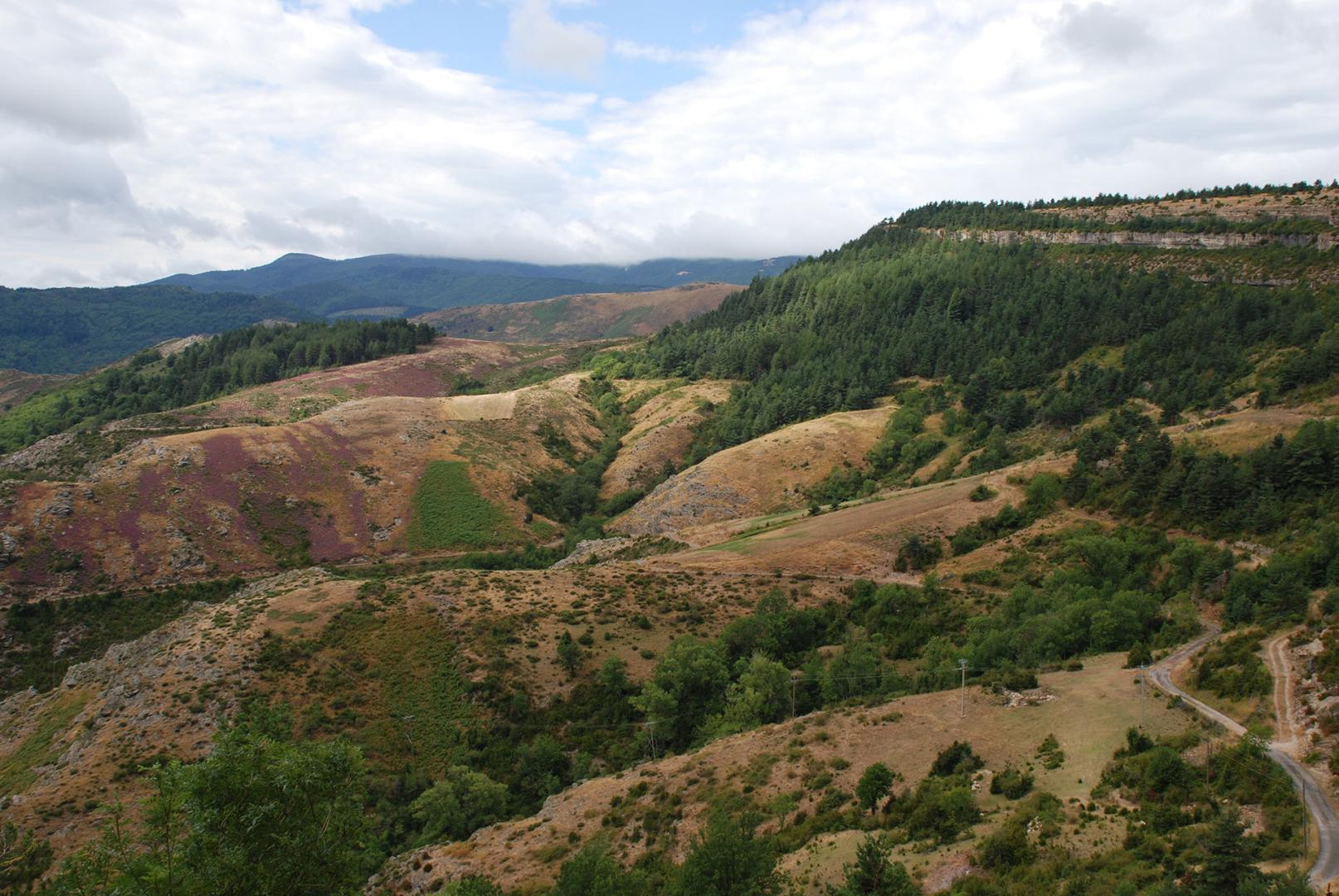 Share
Urban soils hold the "memory" of cities; the geochemical quality of urban soils, to which the population is exposed, reflects its history: emissions since the industrial revolution, successive reconstructions on rubble, particularly following historical conflicts, etc. This is why we know little about the quality of these surface layers, made up of rubble of uncertain composition, even though it is essential information for rebuilding the city over its past self and for re-using the excavated materials locally. 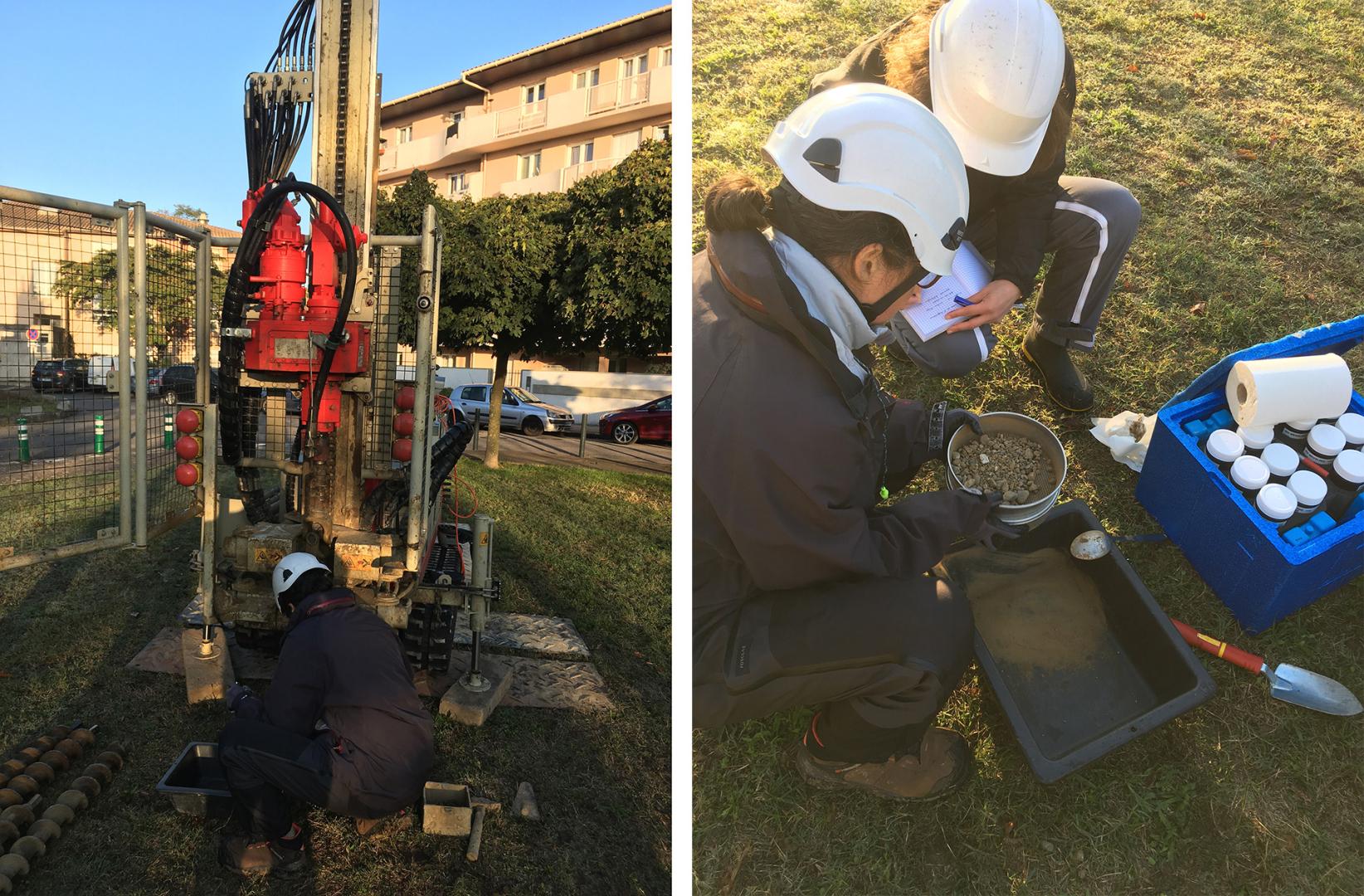 Toulouse Métropole was chosen as a pilot urban area to test the approach for determining an anthropogenic pedo-geochemical background (FPGA) and thus demonstrate the operational feasibility of the work of the national “Valeurs de Fonds” [ground characterisation] working group led by the Ministry of the Environment. The project also made it possible to test different methods for re-using excavated materials. In any development project, the compatibility of the excavated materials with the destination site is one of the three acceptability criteria that determine whether it can be re-used. Studying the compatibility of excavated materials with a local geochemical background could be more flexible than comparing it with national threshold values, while avoiding the need for specific characterisation of the destination site.

The project first demonstrated that the methods in the guide produced for ADEME (Guide pour la détermination des valeurs de fonds dans les sols - échelles d'un territoire / d'un site, November 2018) could be applied for the calculation of urban background values and applied operationally to the needs of the Toulouse urban area. On a local or regional scale, two procedures stand out: 1) the use of Coherent Geographical Entities (CGEs) for the elaboration of FPGAs, making it possible to define the territory's various zones and reduce the volume of data required and 2) the geostatistical interpretation of data, without prior zoning of the territory, requiring a greater volume of data, distributed homogeneously.

In the Toulouse urban area, CGEs – areas (surface and subsurface) established on the basis of land use, geology, pedology, historical factors, etc., on which the background values are defined – were identified. Scientific obstacles were overcome, enabling the identification of multi-pollutant “CGE” zones. Taking the chemical content per CGE into account gives the concentration ranges. Differences in concentrations between urban and peri-urban areas and peripheral areas or even surrounding natural land were observed, thus revealing the different historical origins (rubble, past industrial areas, slurry spreading, etc.). It should be noted that national threshold values were found to have been exceeded for each of the CGEs.

Methodological recommendations were also made. For instance, for metropolitan areas it is more appropriate to approach each CGE individually, defined according to a "bottom-up" method or by geostatistical mapping (according to the working scale, the number of data items and their density) and to reserve so-called "top-down" approaches, based on zoning by geology and land use, for a larger scale (large basin for example). The Toulouse case study has therefore shown that there can be correlations with the geology and the uses for certain pollutants, particularly metallic pollutants, while other pollutants, such as diffuse hydrocarbons and dioxins, are poorly or not correlated with uses, due to their atmospheric deposition mode (chimneys, cars on the urban ring-road, explosions, etc.). 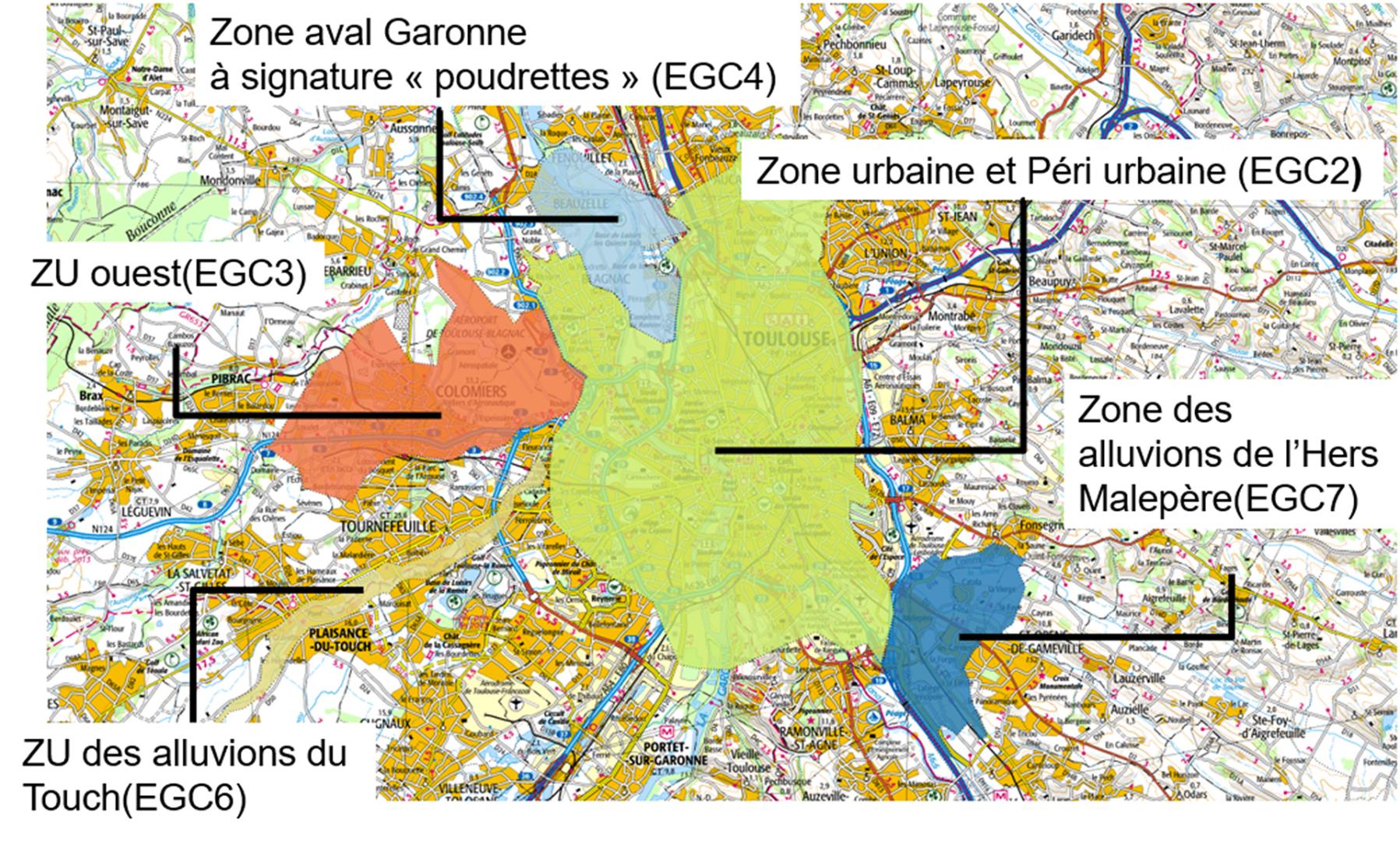 The study thus showed how an urban area such as Toulouse Métropole can acquire better knowledge of the chemical quality of urban soils, leading to the setting of thresholds specifically for the territory, and can thus consider, for example, a transfer of excavated materials from one CGE to another which has higher levels of chemicals in its surface layers. Toulouse Métropole will now be able to continue improving its knowledge of the chemical quality of urban soils while systematically recording the information in the national BDSolU database, whose mission is to collect and make available the data needed to calculate background values.