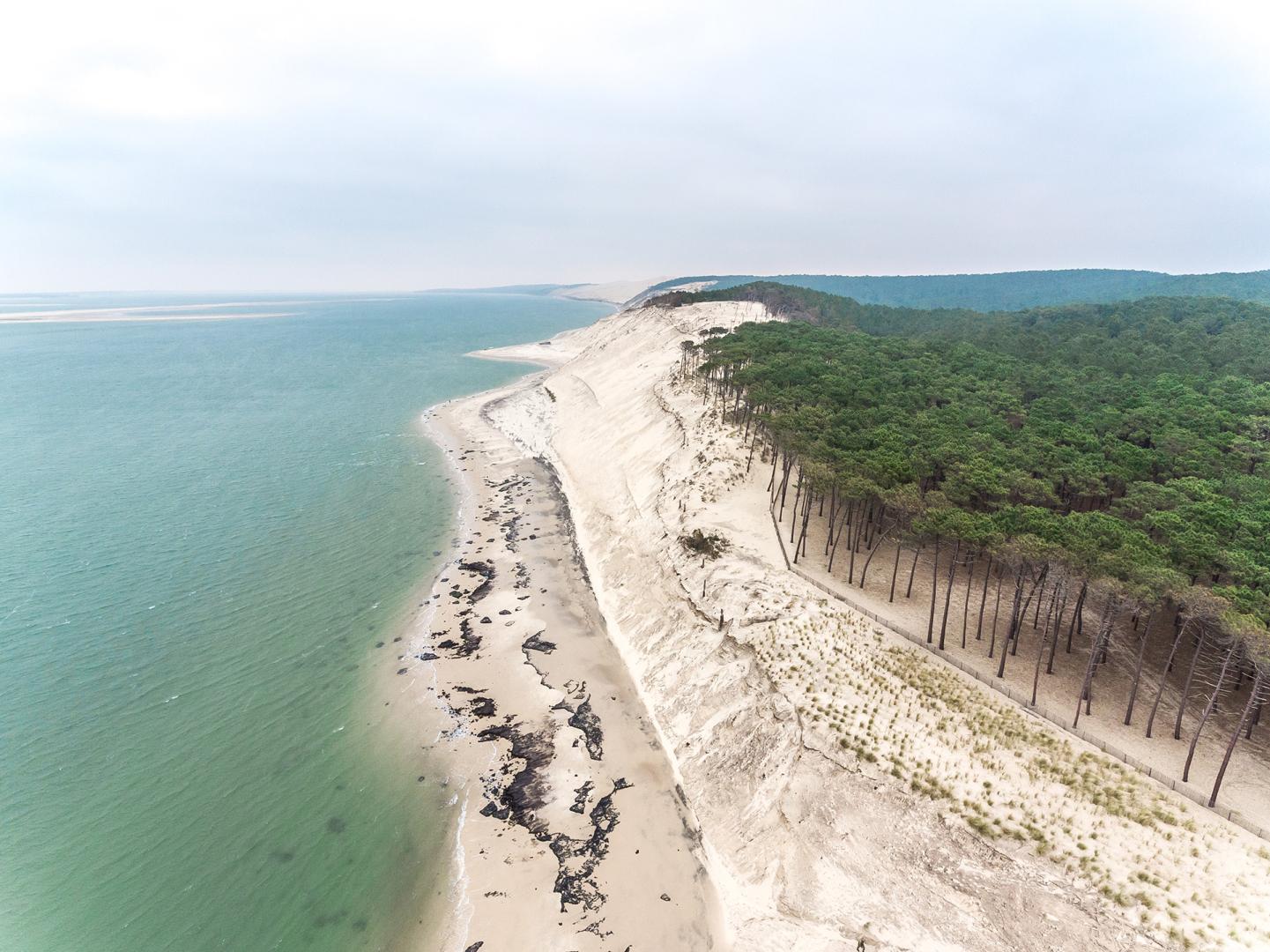 Share
In 2021, BRGM supported the Gironde prefecture in organising a full-scale coastal-flooding crisis exercise. BRGM has many years of experience in organising this type of exercise for earthquakes, and providing this support was an opportunity for BRGM to transfer its expertise to another area: coastal flooding. 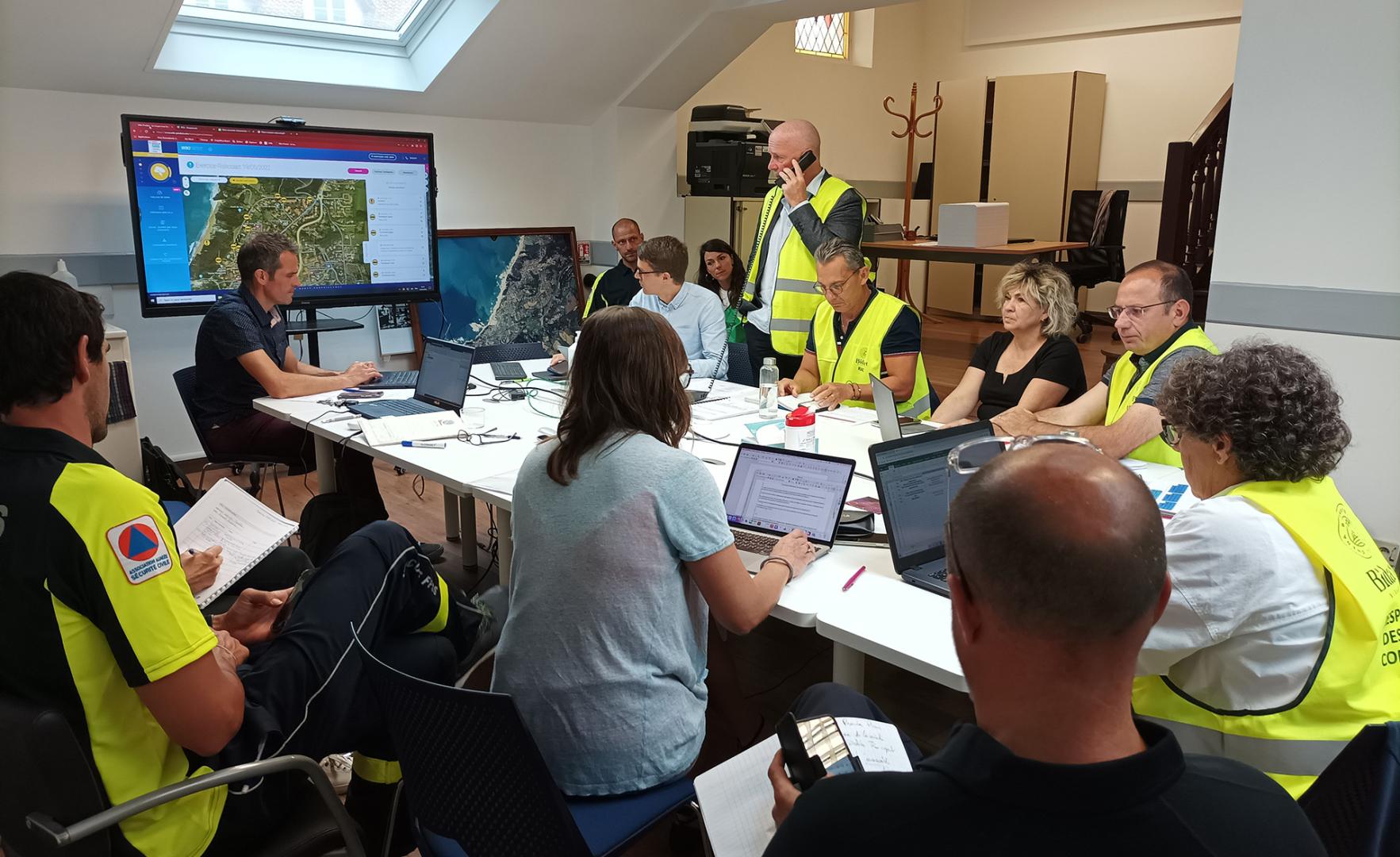 BRGM is supporting the authorities in their response to the crises associated with natural risks. In September 2021, it joined forces with the Gironde prefecture, the General Directorate for Civil Security and Crisis Management (DGSCGC), the Ministry of the Interior and the Syndicat Intercommunal du Bassin d'Arcachon (SIBA) to carry out an original crisis exercise simulating an episode of coastal flooding in the Bay of Arcachon, following a major storm.

Given the code name “SAFFIR”, this exercise in coastal flooding was undertaken to transfer the know-how acquired by the DGSCGC and BRGM, in designing and coordinating “RICHTER” crisis management exercises on earthquakes. 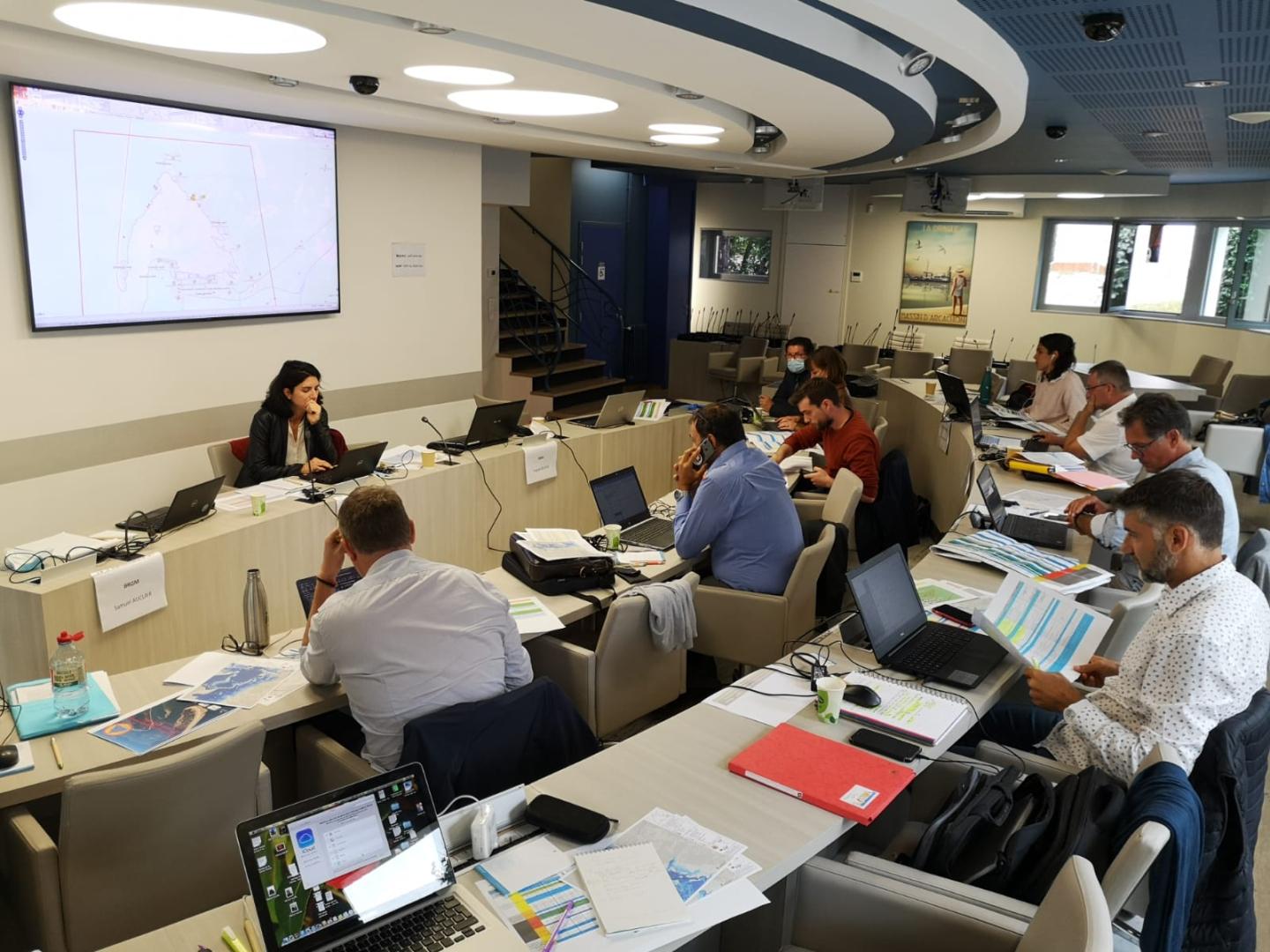 Office of the Bay of Arcachon stakeholder coordination department, led by BRGM (Arcachon, 2021)

Over a period of three days, from 27 to 29 September 2021, the different stakeholders involved in the exercise were able to test their response to a scenario of coastal flooding following a winter storm. Developed by BRGM using numerical modelling, this scenario is based on the actual storm Klaus, with the addition of an unfavourable conjunction in relation to the tide.

The main aim of the exercise was to test the civil security response plan (Orsec) faced with an event of this nature, as well as to check the alert procedure, the coordination between the various players and the way in which the crisis is managed at municipal level. A number of scenarios (evacuation of the population, road closures, etc.) were also simulated in the field in several municipalities, primarily to raise the awareness of the population concerning the risk of coastal flooding. 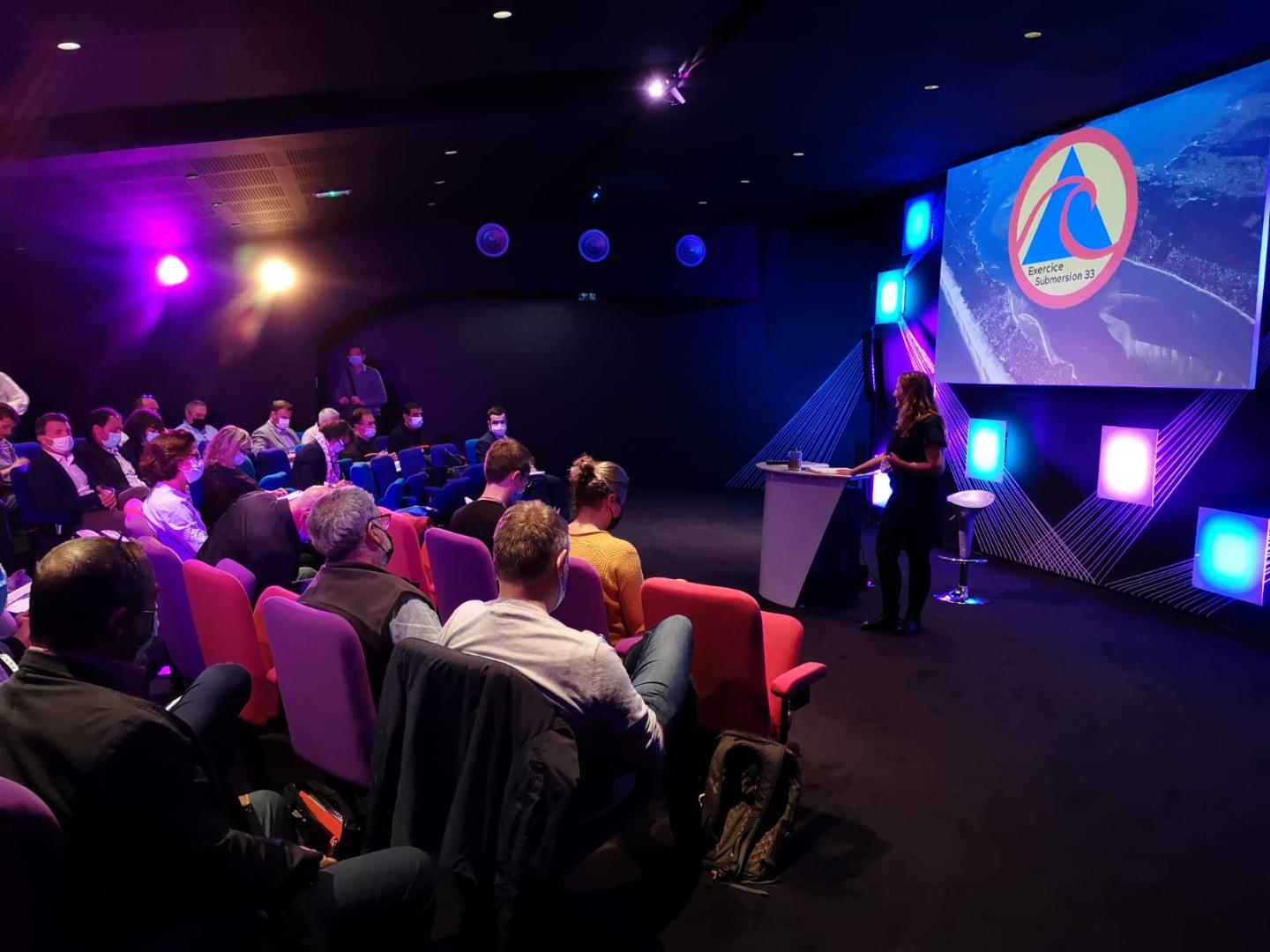 In addition to raising the awareness of the stakeholders and the population, this type of exercise and the feedback received, both on the spot and in the longer term, makes it possible to test all the existing procedures, to improve them, and even to identify any that are missing in order to make globally coherent decisions.