Share
In order to gain a better understanding of the hydro-system at work in an underground gallery that supplies drinking water, BRGM conducted a heli-borne survey to acquire geophysical, geological and hydrogeological data to create a visual model of structures deep below the surface of the Chaîne des Puys mountain range.

Electromagnetic vertical cross-sections of the water-supply gallery, with points plotting the interpreted interface between volcanic formations and the bedrock.

Used to supply drinking water, the Louchadière gallery collects underground water that circulates under the lava effusions of the Louchadière volcano, located in the Chaîne des Puys volcanic mountain range.

Having noted a drop in production at is water-supply facility, the SIVOM Sioule et Bouble (Sioule and Bouble Inter-municipal Water Syndicate) asked BRGM to carry out a survey of the hydro-system on which the Louchadière gallery depends, in order to gain a better understanding of the system and help improve the Syndicate's long-term management of this water resource. The main objectives of the survey were to:

The various processing operations applied to the magnetic and electromagnetic measurement data provided a view of the feeder streams in the gallery's catchment basin. The work carried out to interpret the data obtained by electromagnetic surveys on the various cross-sections shows clear contrasts in electrical resistivity, the volcanic formations being much more resistant than the underlying granite-gneiss bedrock. The cross-sections also show a conductive horizon between these two major types of formation which has been interpreted as the weathered horizon of the bedrock.

The analysis of the map produced shows that the catchment section of the gallery lies at the heart of a large SW-NE orientated paleo-valley, which concentrates underground flows arriving from small secondary valleys.

An examination of the paleo-morphology of the bedrock under the volcanic cover enabled the teams to determine the groundwater divide (or watershed) and to draw a new contour of the gallery's catchment basin. All these different elements will provide SIVOM with a reference base on which to implement a sustainable local water-resource management policy. 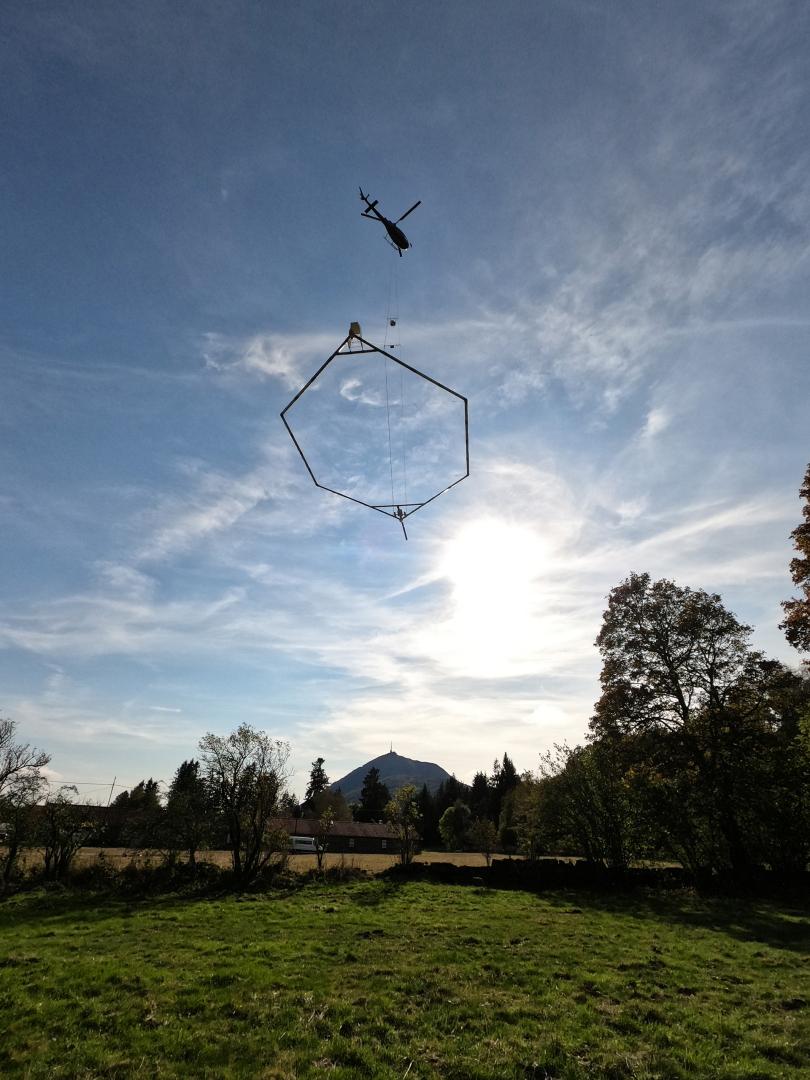 We need to anticipate potential water shortages in the future, because the groundwater recharge is decreasing year by year. Thanks to the work conducted by BRGM, we know we have additional potential resources that will allow us to optimise the exploitation of our resources and increase the efficiency of our production plant. Now, we need to confirm the extent of this potential by obtaining further measurements by drilling. BRGM will be in charge of this decisive next stage, which we hope will deliver positive results.