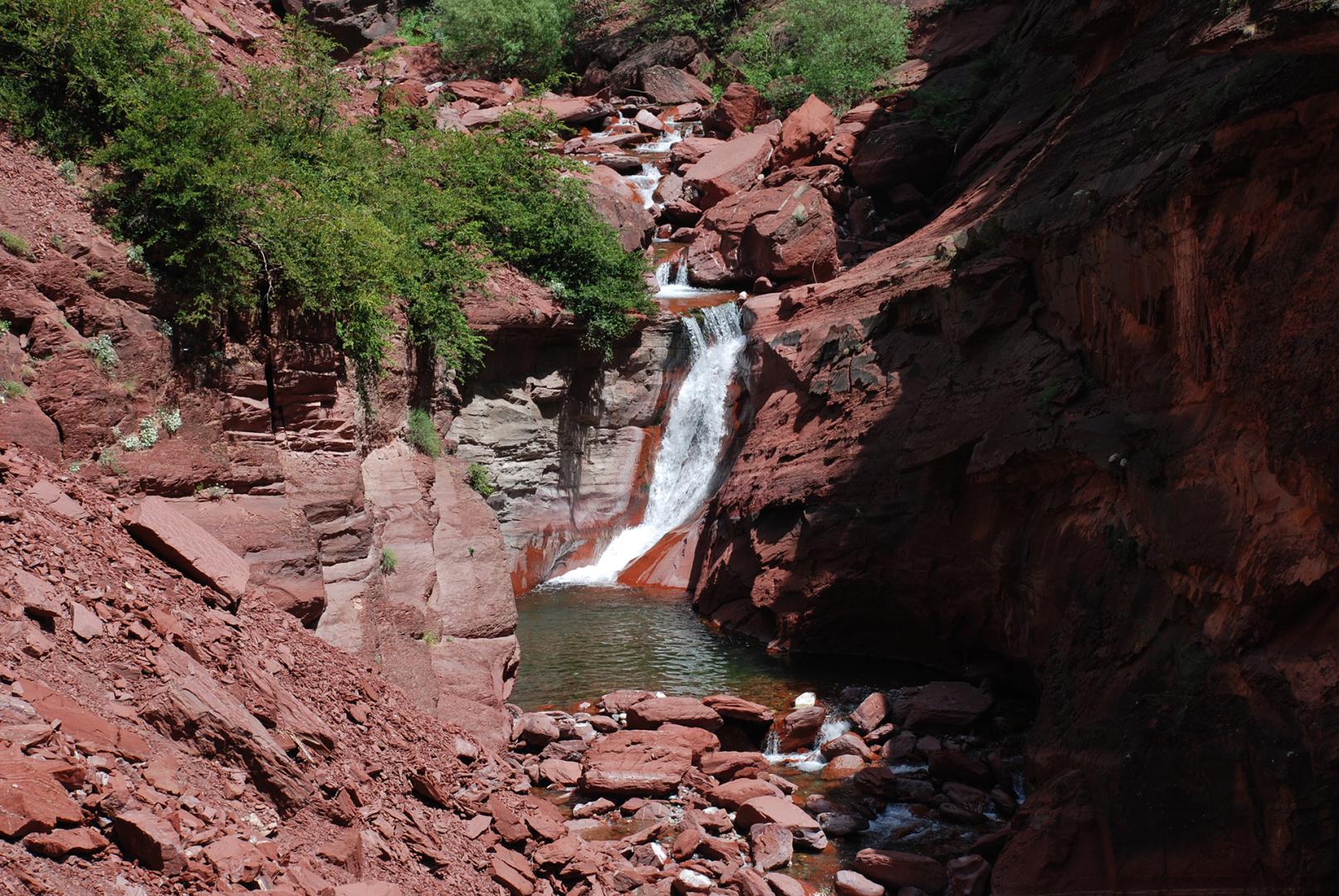 CARAC'O: Valuing the benefits of conserving zones for safeguarding the future supply of drinking water

Share
The methods traditionally used in environmental economics to value the benefits of groundwater conservation – through avoided costs or contingent valuation for example – may prove mostly unsuitable for justifying the costs of long-term conservation efforts, particularly when resources are not currently being used. Based on the ecosystem services concept, the valuation approach developed by the CARAC'O research partnership looks beyond the services provided by the groundwater resource itself and considers that all of the services delivered by ecosystems within the conservation area generate benefits if they are compatible with maintaining the status of the groundwater resource. 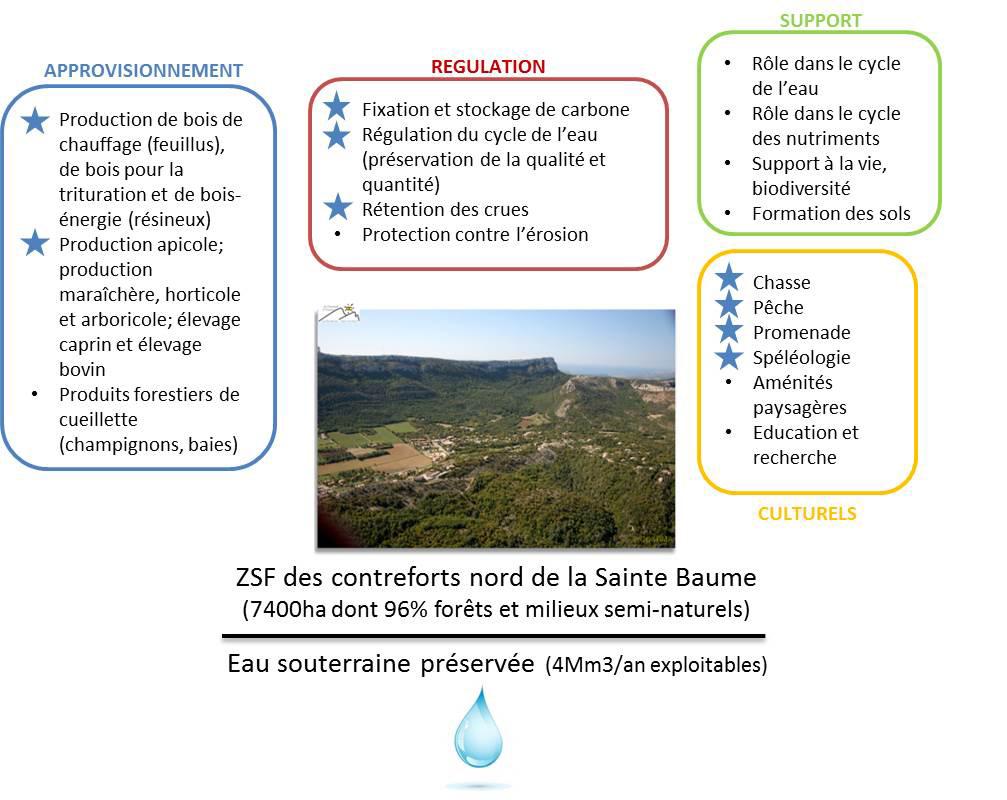 Ecosystem services delivered by the zone for future safeguarding (ZSF) in the northern foothills of La Sainte-Baume (a star means services have been assigned a value in economic terms).

This kind of argument is particularly relevant for zones for future safeguarding with high-quality water resources not or hardly used currently for the supply of drinking water, and which can be protected by maintaining the existing land use and activities provided they are compatible with preserving the status of the groundwater.

Zones for future safeguarding (ZSFs) are being delineated in the master plans for water development and management (SDAGEs). These areas hold ample quantities of high-quality groundwater resources, but which are sometimes hardly or not used today and are conveniently located in relation to current and future areas of high use. The conservation of ZSFs means that current land uses and activities can be maintained provided they are compatible with preserving the status of the groundwater resource. This may constrain urban development and the development of new economic activities to some extent. The conservation of these areas may prove challenging as the attendant costs will outweigh benefits that are still mostly intangible, hypothetical in the long term, and potentially unclear to players in terms of their types and importance.

The general objective of the CARAC'O project was to put forward the economic case for protecting land on which groundwater resources are located or formed, in order to get decision-makers, practitioners and local and regional authorities involved and interested in water conservation issues. This fact sheet presents one of the project components, which was to develop and test an approach for valuing the benefits of conserving ZSFs not currently used for producing drinking water. 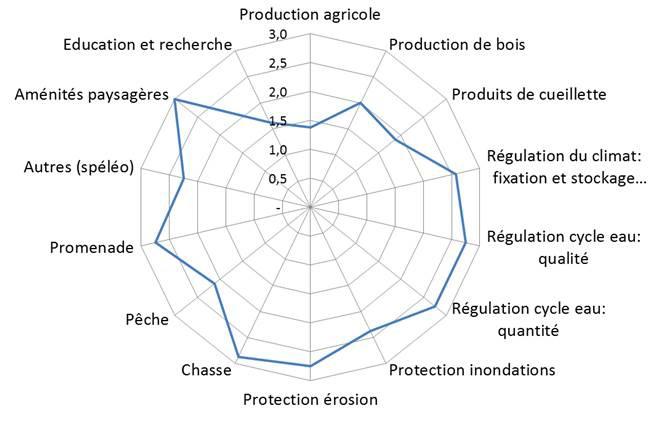 Assessment of the importance of ecosystem services within the ZSF according to expert opinion (0: unavailable service, 1: low, 2: average, 3: high)

The suggested approach was to identify and then value the ecosystem services obtained by conserving ecosystems within a ZSF, based on the Millenium Ecological Assessment classification (MEA,2005, Millenium Ecosystem Assessment. Ecosystems and Human Well-being: A Framework for Assessment), which distinguishes four types of services:

The assessment focused on the services delivered by the groundwater resource itself, but also on those provided by ecosystems within the ZSF, provided these were compatible with protecting the status and quality of the groundwater resource. A ZSF can be considered to be a mosaic of ecosystems (e.g. forests, pasture and crop land) providing a vast array of ecosystem services to the communities living on this land (and beyond), even if those who live on the land or manage it do not necessarily realise it.

This approach was applied to the ZSF in the northern foothills of La Sainte-Beaume, Var. This safeguarding zone covering approximately 7,400 ha of mainly forests and semi-natural environments is hardly used today for the supply of drinking water. It holds vast quantities of potentially exploitable groundwater of relatively high quality (approximately 4 million m3/year) and occupies a strategic position for supplying water to high-use areas along the Var coastline. 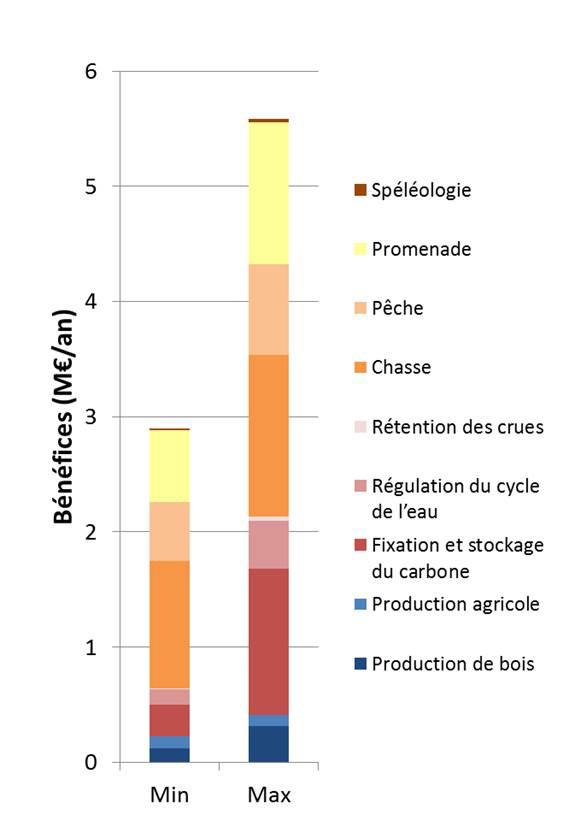 Valuation of the benefits provided by ecosystems within the ZSF.

The valuation of the benefits of conserving the ZSF was carried out in three main steps:

While most of the local managers and stakeholders consulted were not familiar with the ecosystem services concept, they were receptive to the concept applied to the ZSF in the northern foothills of La Sainte Baume, which proved to be a highly valuable tool for dialogue and discussion. Respondents quickly grasped the different types of pre-identified services and easily matched them to the realities of the local context. The interviews also confirmed the diversity and importance of existing services in the area.

The benefits of protecting these services were estimated to be worth between €2.9 and €5.4 million/year, i.e. between €390 and €730/ha/year. The largest contributors were cultural services, which accounted for more than two thirds of the benefits provided by ecosystem services in the ZSF. In second place were regulating services, accounting for 23% of benefits, three quarters of which were due to carbon sequestration and storage. The benefits from the ZSF’s potential for drinking water production accounted for only 7% of the benefits derived from conserving the ZSF. Lastly, provisioning services represented only 8% of benefits, which reflects the low level of agricultural and forestry activity in the ZSF.

It may not be easy to persuade economic players of the business case for the conservation of ZSFs not currently used for drinking water production, because of the immediate attendant costs for mostly uncertain future benefits. But the findings show that maintaining ecosystems that are compatible with high-quality water can provide considerable benefits in the present to a wide range of beneficiaries at the local level.

CARAC'O research partnership, between the water agency for the Rhône, the Mediterranean and Corsica, and BRGM. 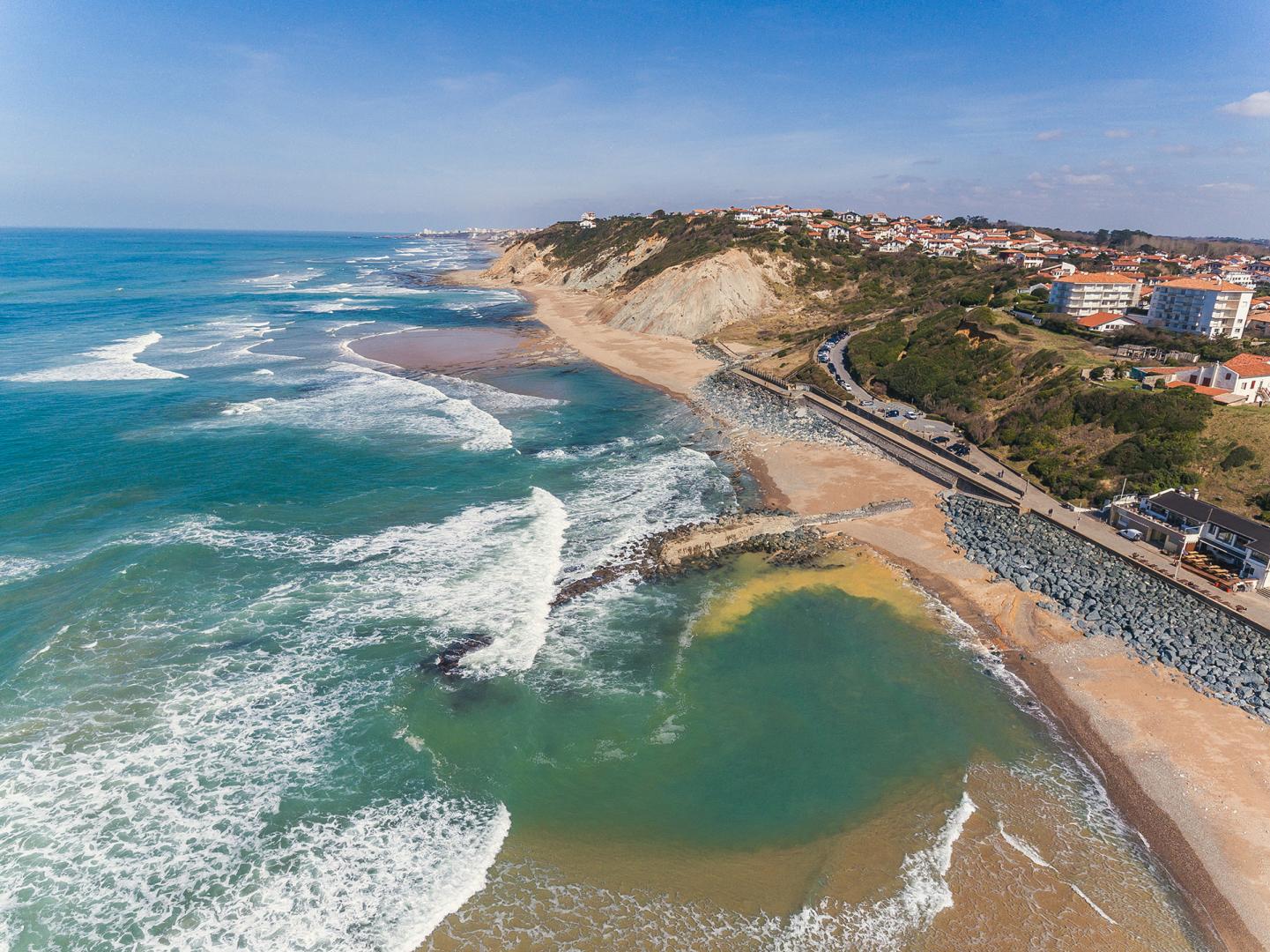 Programme
The iRiMa programme: structuring and reinforcing the science of risk prevention and management in France 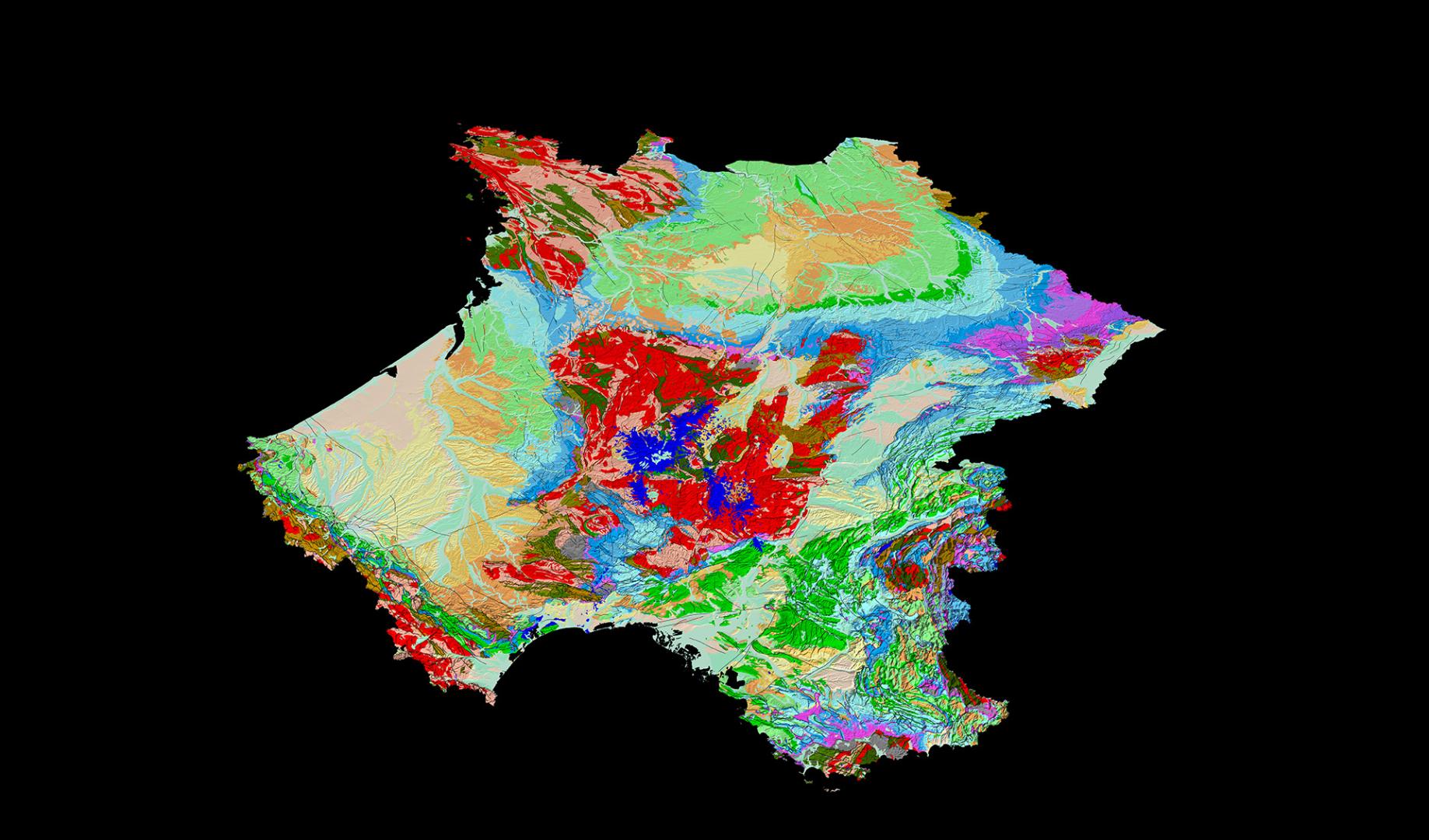 Programme
The subsurface as a common good: a research programme for the responsible and sustainable use and exploitation of the subsurface 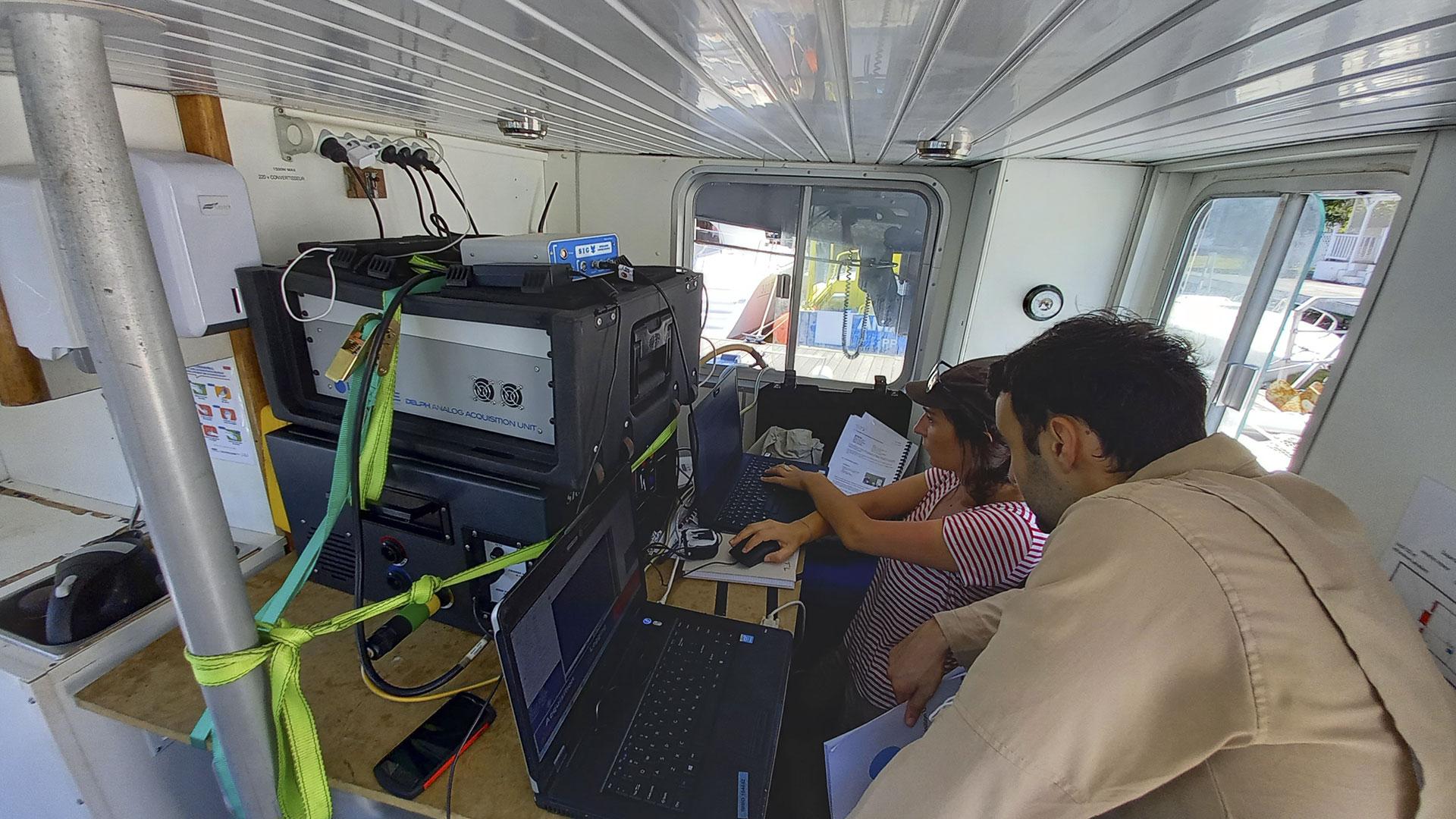 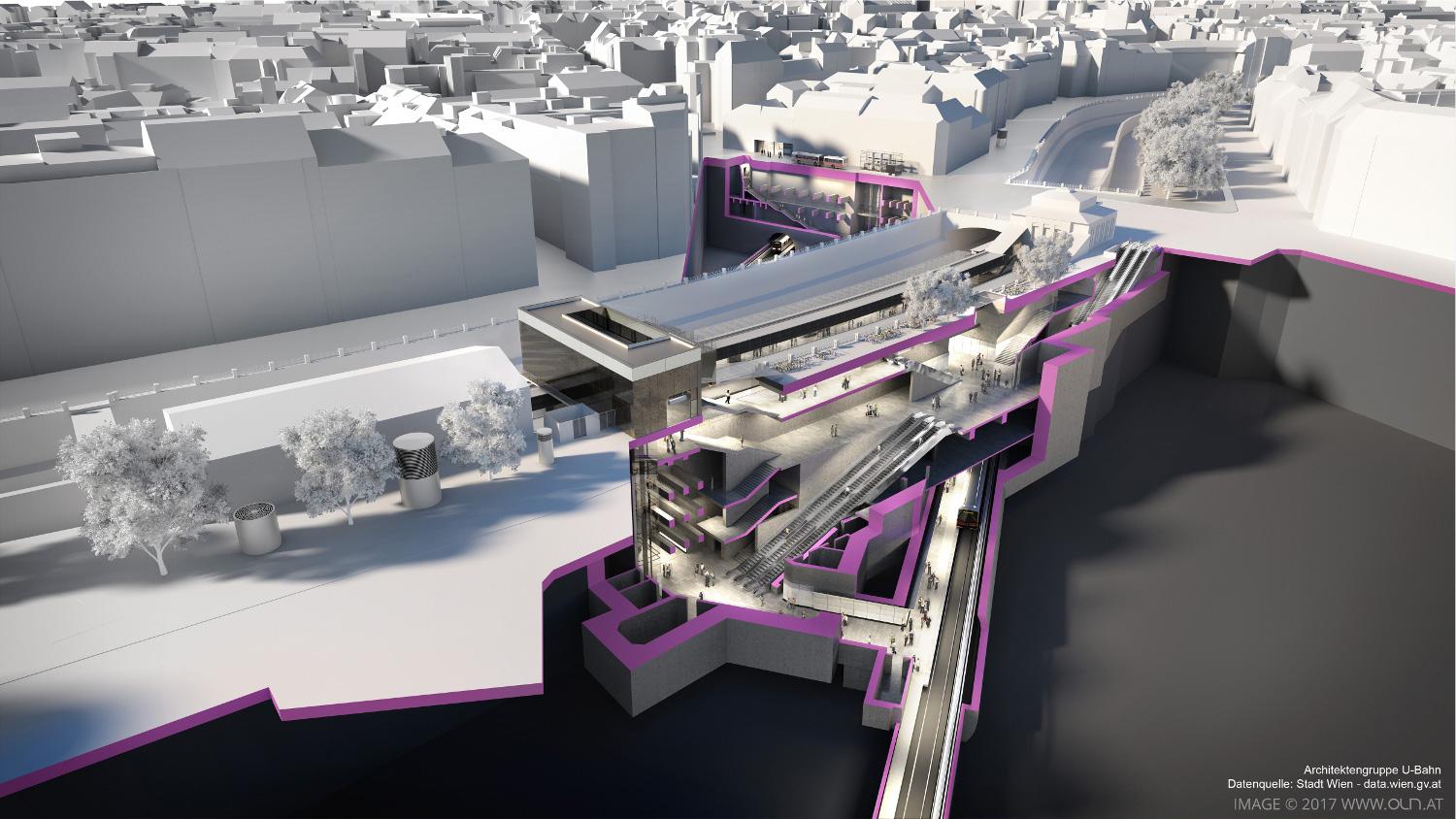