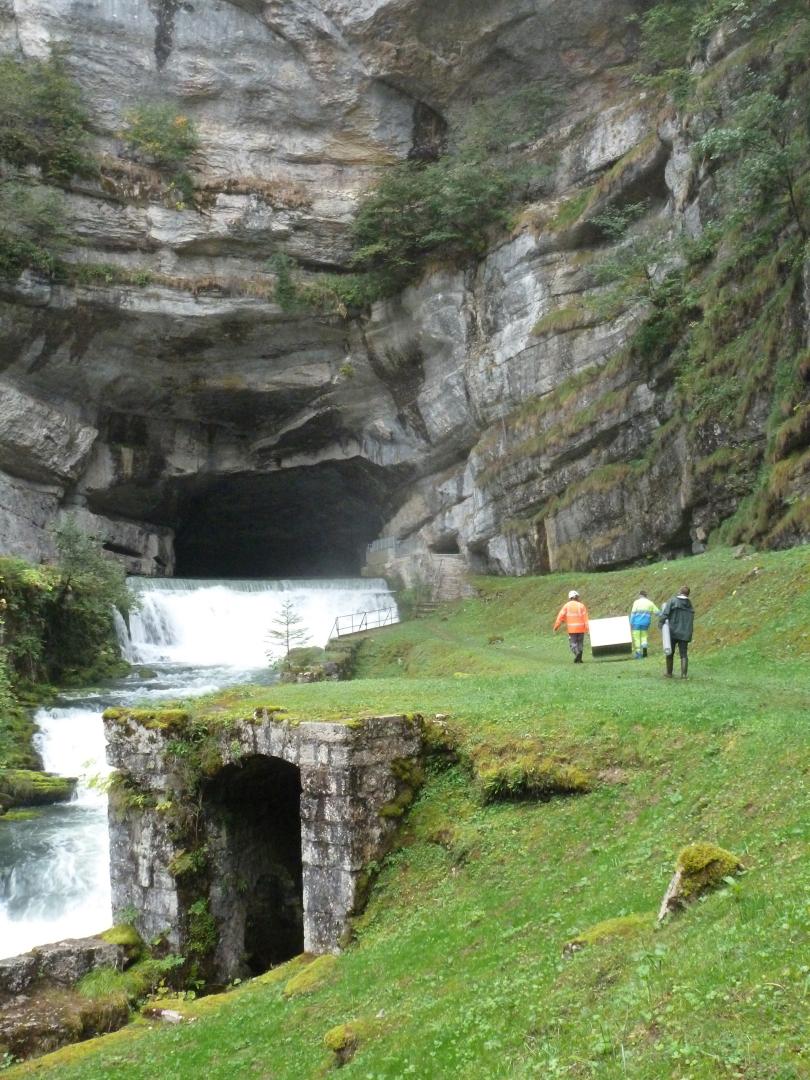 Share
The groundwater situation is still not satisfactory. The level of rainfall in the early autumn has not been sufficient to compensate for the deficit accumulated since the beginning of the year. The overall situation is little changed and levels are significantly lower than last year.

Map of groundwater tables in France on 1 November 2022

Depletion slowed in October and the recharge process appears to be starting, particularly in the north-east, although it is not yet generalised. Trends are slowly being reversed but strong contrasts can still be seen, depending on rainfall and the reactivity of the water tables.

The rainfall in early autumn was far too low to make up for the deficit accumulated since the beginning of the year. Little change can be seen in the overall situation. Aquifer levels at the start of the 2022-2023 winter period are significantly lower than last year, with two-thirds still below monthly norms.

Trends in November will depend primarily on rainfall. Recharging should become widespread in the areas receiving rainfall and the situation should then improve. In the event of insufficient rainfall, depletion of the water tables could continue, causing the situation to deteriorate. Owing to an extreme low-water period over the summer, many water tables remain vulnerable and will require monitoring throughout the recharging period.

The only way to protect the aquifers, and thus maintain continuity between groundwater and surface water to prepare for 2023, is to limit water abstraction. The 2022-2023 recharge period will determine next year's levels. Heavy and prolonged rainfall will be needed over the coming months and into the spring to replenish reserves in a sustainable way.

After a depletion period that began early, between January and March 2022, levels generally declined throughout the spring and summer. Depletion continued in September, although it was slowed by the first rains infiltrating deep into the ground. The month of October is considered to be a transitional period between the depletion and recharging of the water tables: rainfall infiltrating at depth usually slows depletion and reverses the trend.

In October 2022, levels were stable or higher for 60% of indicators. However, the proportion of rainfall infiltrating deep into the ground remains low, owing to the lack of rainfall over much of France, with vegetation still active. Depending on the context, aquifer discharge can be intensified by the replenishment of low water levels in rivers, or slowed by placing limits on withdrawals (for example: the Pliocene aquifer in the Roussillon, the Beauce limestone aquifer), and by the infiltration of effective rainfall.

Looking at the situation in detail, the recharge process appears to be well under way in the reactive aquifers of the north-east. This area received effective rainfall in September and October. Trends were reversed in September and levels continued to rise in October.

In the north and north-west, the water tables are rising, following the high levels of rainfall in September and lower levels in October. Reactive aquifer levels are generally stable or rising. The September rains infiltrated slowly, and their impact can also be seen on the inertial water tables of the Paris Basin: the depletion phase is slowing or has even stopped in the south (limestone in the Beauce region and chalk in Burgundy and the Gâtinais).

In the southern half of France, the contrast in trends is stronger. Heavy rainfall at the end of September has led to stable or rising levels.

Situation in relation to October averages

The deficit in rainfall recorded in the 2021-2022 hydrological year and the heavy abstraction of groundwater in the spring and summer of 2022 will continue to have an impact on groundwater levels. Infiltrations of rainfall in early autumn remain well below the level necessary to make up for the deficits accumulated during this last hydrological year.

In October, levels remained worrying over much of the country, with 75% of indicators showing moderately low to very low levels. The 2022 low-water period was particularly severe.

Little change was observed between September and October. The situation is deteriorating for water tables in the north of the Aquitaine Basin and some of those around the Mediterranean rim, owing to a recharge deficit. The situation is improving only in the north-east, where recharging has started, and in Brittany.

The situation is positive in several aquifers, where levels are close to normal, compared to those recorded in October in previous years:

Many aquifers are in an unfavourable situation, with levels that are low or extremely low, compared to the situation observed in October in previous years:

The seasonal forecasts of Météo-France indicate temperatures in line with the seasonal norms. There is no preferred scenario for rainfall, excepting a drier scenario over north-eastern France.

Autumn is generally a pivotal period, between the end of summer depletion (falling levels) and the beginning of the winter recharge (rising levels). In October, depletion appeared to slow in many aquifers, particularly in the northern half of the country. Further, vegetation is expected to enter dormancy during November, several weeks late. Rainfall in November 2022 could then continue to reverse the trend.

In the case of reactive aquifers, trends over the next few weeks will depend entirely on the amount of rainfall, and therefore the rainfall totals. If rainfall is sufficient, we should see further recharge episodes. The situations could then start to improve. If rainfall is insufficient, depletion could continue or resume in the affected aquifers. The situation of the water tables will deteriorate, particularly in the case of the most reactive water tables and those weakened by late, severe low-water levels.

In the inertial aquifers of the Paris Basin, the depletion phase slowed or even ceased in October. This suggests that the winter recharge should soon begin. However, the deficits in rainfall recorded in October could push back the start of the recharge period, particularly if rainfall is low in November. If rainfall remains insufficient, water tables are expected to remain virtually unchanged or to deteriorate slightly.

In the inertial aquifers of the Rhône-Saône corridor, depletion is still active and the low rainfall of October is not expected to reverse trends in November. The start of the recharge period is not expected before December or even January, if rainfall is sufficient over the next few weeks. This is because it can take several weeks and sometimes up to three months before effective rainfall leads to a rise in water levels. The situation is not expected to change in November and may even continue to deteriorate slowly.

The rainfall in early autumn was far too low to make up for the deficit accumulated since the beginning of the year. The aquifer levels at the start of the 2022-2023 winter period are significantly lower than last year, with many varying between low and very low. The only way to protect the aquifers, and thus maintain continuity between groundwater and surface water to prepare for 2023, is to limit water abstraction. Water restriction orders help to relieve the pressure on water resources. In the absence of effective rainfall, slowing down the discharge process avoids rapid deterioration of the aquifers and postpones the occurrence of severe low-water levels in rivers. At the beginning of the recharge period, it is also very important to allow time for the weakened water reserves to recover sustainably.

During the autumn, winter and early spring, it will be necessary to monitor the situation for all aquifers across the country, particularly those with severe low-water levels. The replenishment of groundwater reserves and the return to normal levels at the end of winter 2023 will only be possible if resources are abundantly recharged over the autumn and winter. Note that spring rain will also push back the start of the depletion period for the most reactive aquifers.

Our groundwater tables status report is published 10 times a year (once a month except for February and December).

The next issue will be published in mid-January 2023.

Consult the hydrological situation report on the Eaufrance website 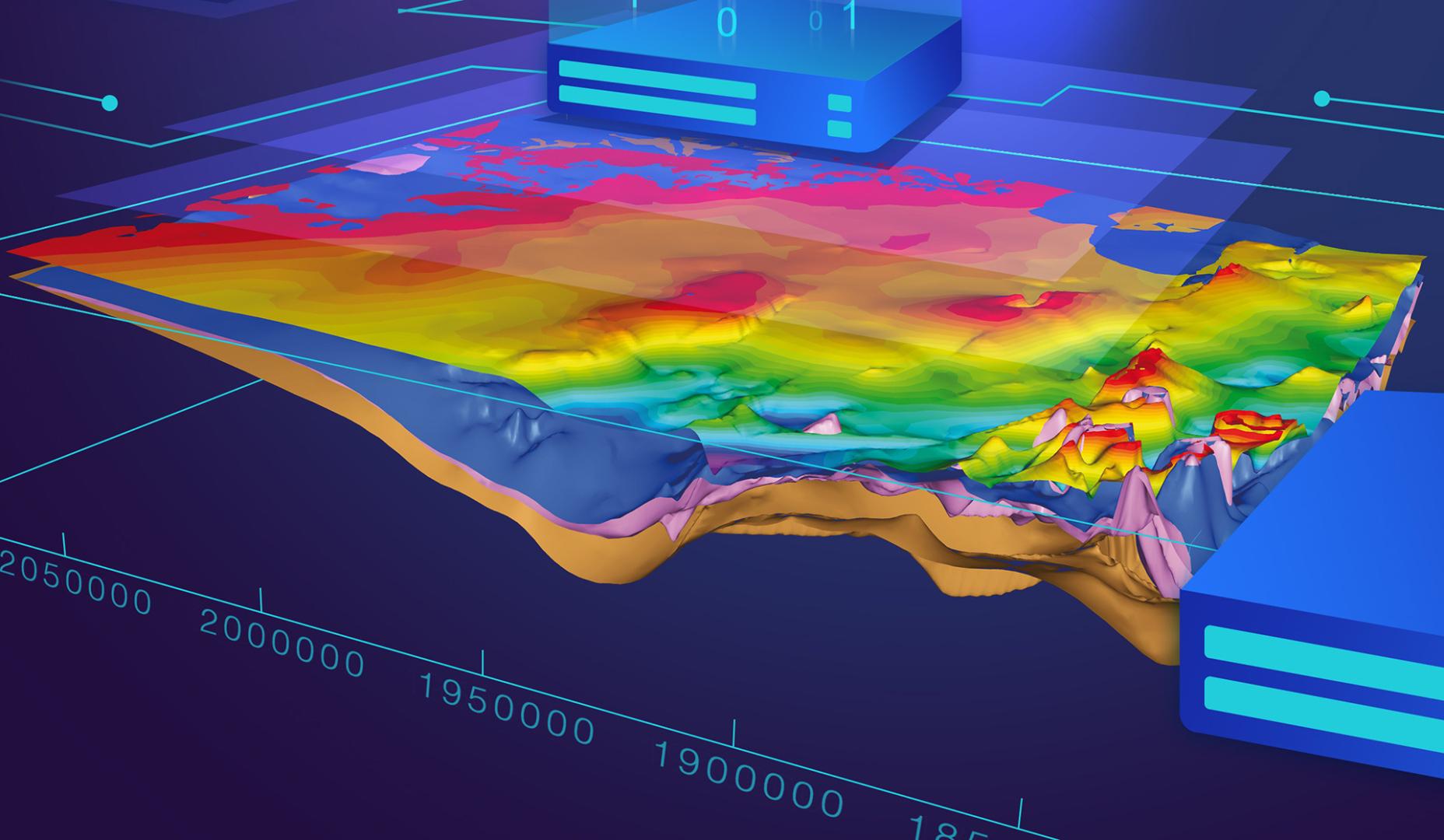