Groundwater aquifers on 1 May 2022 and risk of summer drought

Share
The state of the aquifers deteriorated rapidly from February 2022 onwards. Insufficient rainfall has had a major impact on groundwater levels. The situation is particularly worrying, with low to very low levels locally.

Map of groundwater table levels in France on 1 May 2022.

Hydrogeological situation on 1 May 2022

The depletion period began in January-February, two to three months earlier than normal. Groundwater levels were generally down in April, except in the most irrigated areas of the south west, Occitania, Corsica and the north east.

While the low groundwater level period in autumn 2021 was not particularly severe, the situation deteriorated rapidly in February and March 2022. The end of winter and the beginning of spring are pivotal periods and the lack of rainfall this year had a major impact on the state of the aquifers. The situation is particularly worrying, with low to very low levels locally, in the aquifers between the Vendée, Maine and Touraine and in the aquifers of the Côte d'Azur, Provence and the south of the Drôme.

Unless there is extremely strong rainfall in May, aquifer levels should continue to drop. The situation in inertial aquifers is not expected to change much in the next few weeks, except in areas where there is a strong demand for water. In the reactive aquifers, the situation will depend on local rainfall totals, evapotranspiration and the demand for water. Exceptional rainfall events could slow down or interrupt the depletion. In the event of insufficient rainfall, the depletion of the aquifers will probably continue, and the state of the reactive aquifers will thus deteriorate further. The situation needs to be closely monitored in all the reactive aquifers as well as in inertial aquifers which currently have low water levels, and in areas where abstractions are particularly intensive.

Risk of drought on strategically important water tables in 2022.

The 2021-2022 recharge period was short and sluggish for most aquifers in the country. The aquifer depletion phase set in gradually, two to three months earlier than usual, between January and March, and the effective rainfall was generally deficient.

The end of the recharge period was confirmed in April for the most inertial aquifers of the Paris Basin and the Rhône-Saône corridor. Depletion is continuing and levels are falling in a large number of aquifers in France. This is due to the absence of significant rainfall, vegetation recovery and the increase in evapotranspiration. Trends in irrigated areas depend mainly on the local effective rainfall and the responsiveness of the aquifer. However, due to increased temperatures and evapotranspiration, little of the April rainfall infiltrated into the aquifers.

Aquifer depletion slowed substantially in the north east of the country. The excess rainfall at the beginning of April led to substantial recharge. Monthly levels are generally up or stable compared to the previous month. In the Aquitaine Basin, only the alluvial aquifers of the Adour and Gave de Pau are showing a general increase in levels. In the south, some aquifers in Languedoc (Aude alluvial aquifer), Roussillon and Corsica benefited from significant effective rainfall in April. Levels rose again in April.

Situation in relation to April averages

Most aquifers did not experience any particularly severe periods of low groundwater levels in 2021, except in the south of the country. The highly deficient recharge in the autumn and winter of 2021-2022 will have a major impact on groundwater levels. The aquifer situation deteriorated from February onwards, except in a few areas that benefited from sufficient effective rainfall.

The situation with the inertial aquifers in Northern France has deteriorated very slowly since February. It is more satisfactory in the north, with approximately average levels. To the south, levels are moderately low to low for the southern part of the Beauce limestone aquifer and for the Touraine chalk aquifer.

The situation with the inertial aquifers of the Rhône-Saône corridor is highly variable. Levels are close to the monthly averages in the alluvial and fluvio-glacial aquifers of the Savoyard foreland, the Eastern Lyon area and the Haut-Dauphiné. They are less favourable, from moderately low to low levels, in the Pliocene-quaternary gravel aquifers from the Dijon area to the Dombes and in the Miocene Molasse aquifer of the Bas-Dauphiné.

In April, the situation in the reactive aquifers deteriorated from the previous month and levels are generally moderately low. Very low levels were noted locally in the Cenomanian sand aquifer in Maine, in the Jurassic and Cretaceous limestone aquifers from the Vendée to the Brenne and in the aquifers in Provence and the Côte d'Azur. Only the reactive aquifers in the south west, Occitania and the Lorraine limestones show levels comparable to or higher than normal. The situation improved in April for these aquifers due to periods of recharge in March and/or April.

The situation is positive in several aquifers, with moderately high to approximately normal levels compared to those recorded in April in previous years:

There is a less positive situation in some aquifers, with low or even very low levels locally in comparison with April averages:

The seasonal forecasts of Météo-France announce “drier than normal conditions” in the south of France for the next quarter. No dominant scenario has been forecast for the north of France.

Rising temperatures, the regrowth of vegetation and thus increased evapotranspiration usually limit the infiltration of rainfall into groundwater during spring and summer. Depletion is therefore expected to continue and levels are expected to remain low throughout the spring and summer. Consequently, the situation should continue to deteriorate during May, rapidly in the most reactive aquifers and slowly in the inertial aquifers. The start of irrigation campaigns could also influence the state of the aquifers.

However, oceanic weather fronts might cross France. Rainfall is not expected to recharge the inertial aquifers unless there is very exceptional rainfall. Significant rainfall events may cause momentary recharges of reactive water tables which might sustain levels or occasionally cause levels to rise. The situation could then improve locally.

This year's recharge lasted a very short time (November to January) and was quite moderate for most of the aquifers, suggesting that the situation was likely to be difficult from spring onwards. The situation will have to be monitored, particularly for all the reactive aquifers and those with levels that are already low: the Jurassic limestone aquifers in the Vendée, Poitou and Brenne, the Cenomanian sand aquifer in Maine as well as the aquifers in south-eastern France. The Touraine chalk inertial aquifers and the pliocene-quaternary gravel aquifers of Burgundy-Franche-Comté should also be monitored carefully. 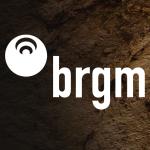