A geological map of the Paris region for the general public

Share
BRGM Éditions publishes an educational geological map of the Paris region. A traditional map is complemented by a subsurface cross-section and information on the use of the rocks beneath our feet and the geological hazard areas.

What rocks are under our feet and how are they used in our daily lives? Where are the first deep aquifers found? On which geological layer are Paris or Roissy-Charles-de-Gaulle airport located? A glance at the geological map published by BRGM Éditions will give you the answers to those questions.

An innovative map of Paris and its surrounding area

The capital is located in a vast geological formation, called the Paris basin. Stretching from Brittany to the Vosges and from the English Channel to the Centre region, the Paris basin has accumulated multiple sedimentary layers due to successive transgressions and regressions of the sea in recent geological times. The sediments have also been undulated by the movements of the Earth's crust. This sedimentary stack over hundreds of metres, which has been thoroughly investigated since the 19th century, is presented by BRGM Éditions as a rarely-represented North-South cross-section.

The map also indicates the geological zones at risk for three phenomena that are fairly common in the region: local ground movements linked to former underground quarries, sink-holes created by the dissolving of gypsum – a rock that is a well-known feature of Montmartre – and the shrinkage and swelling of clay. The latter hazard, for which the French geological survey has drawn up a national map, consists of a slight swelling and then subsidence of clayey ground under particular climatic conditions.

A map presented at the National Geology Weekend

On Friday 20 May, in Paris, Florence Quesnel, a BRGM geologist, will present the map and the specificities of the Parisian subsurface. What lies beneath our feet? How can we find this information? What issues and resources are directly contingent on our subsurface?

The presentation will take place at 6pm at the headquarters of the French Geological Society (SGF), 77 rue Claude Bernard in the 5th arrondissement of Paris.

Further information about the event 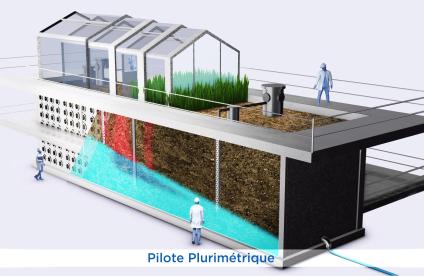 Video
PIVOTS: innovative platforms to respond to environmental challenges
All the news
Newsletter