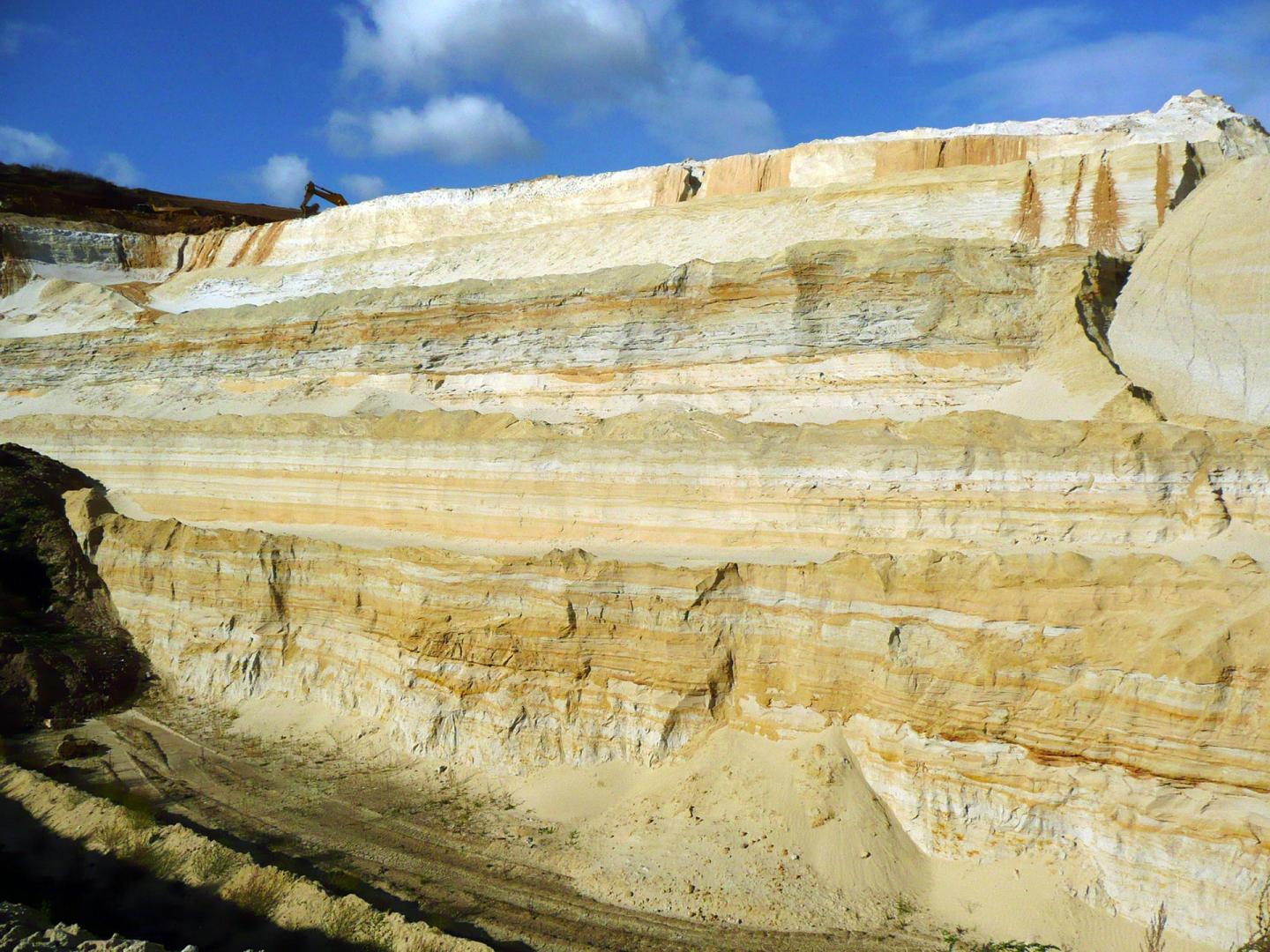 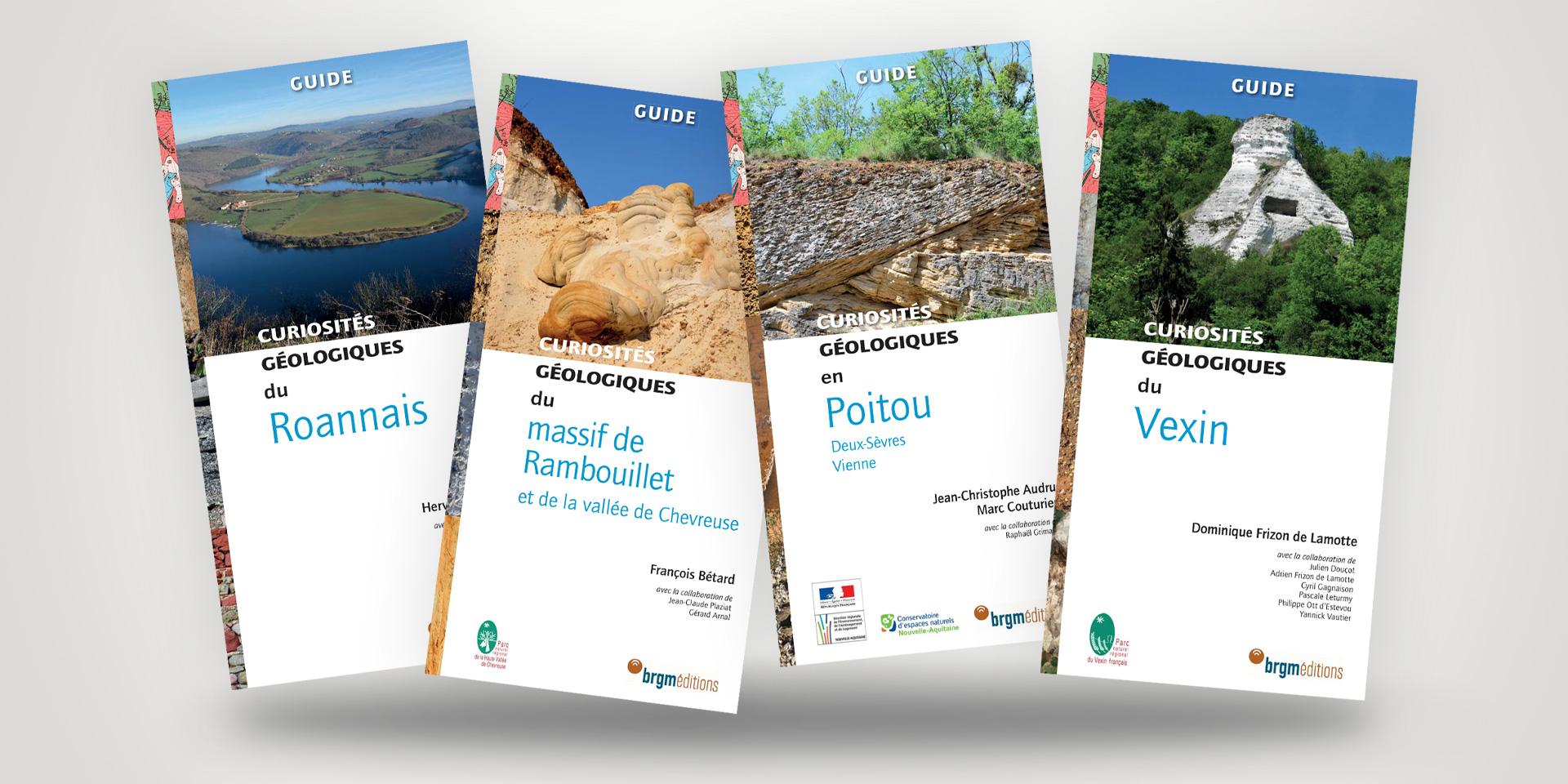 A collection of 34 books

BRGM Éditions aims to make a complex field of research accessible to the general public by explaining the processes of rock formation over geological time periods, illustrated by examples from the field.

The Geological Curiosities collection opens up the geology of different French regions to a wide audience. The books also include trails for discovering plants, wildlife, architecture and culture in general. All these aspects are linked to specific local environments, often shaped by the history and nature of the subsoil. 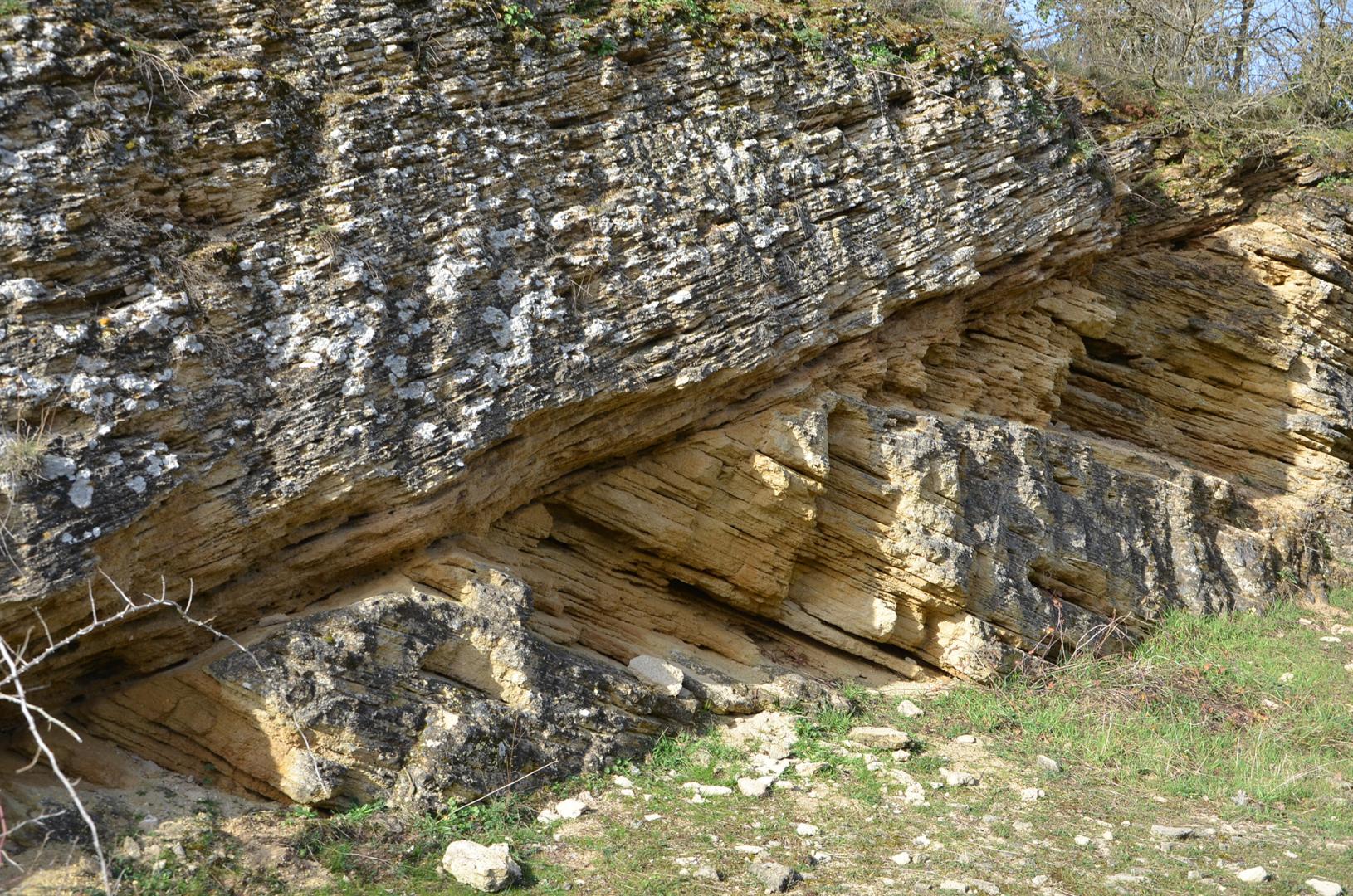 Discovering the Poitou region through its geology

Located between the Massif Central and the Atlantic Ocean, Poitou is a region of astonishing geodiversity with its granite blockfields, remnants of ancient mountains, major faults, silver mines, and fossils from vanished oceans, as well as quarries developed for the public. All these features are linked to the region’s long geological history, making it an attractive region for ecotourism.

To discover the Deux-Sèvres and Vienne departments through their geology, the authors selected 20 easily accessible and educational sites representative of the regional geology of Poitou, from the Bressuire fault to the Portes d'Enfer site, from the granite blockfield of Morelière to the Chaffaud caves, and from the Poitevin marshlands to the coral reefs of eastern Poitou. Through these sites, readers are able to retrace the geological history of Poitou, discovering its rich subsoil and shedding new light on the relationship between the region’s inhabitants and its geology.

For aspects relating to biodiversity, the authors worked in collaboration with Raphaël Grimaldi, head of the Deux-Sèvres branch of the Conservatoire d'Espaces Naturels de Nouvelle-Aquitaine. 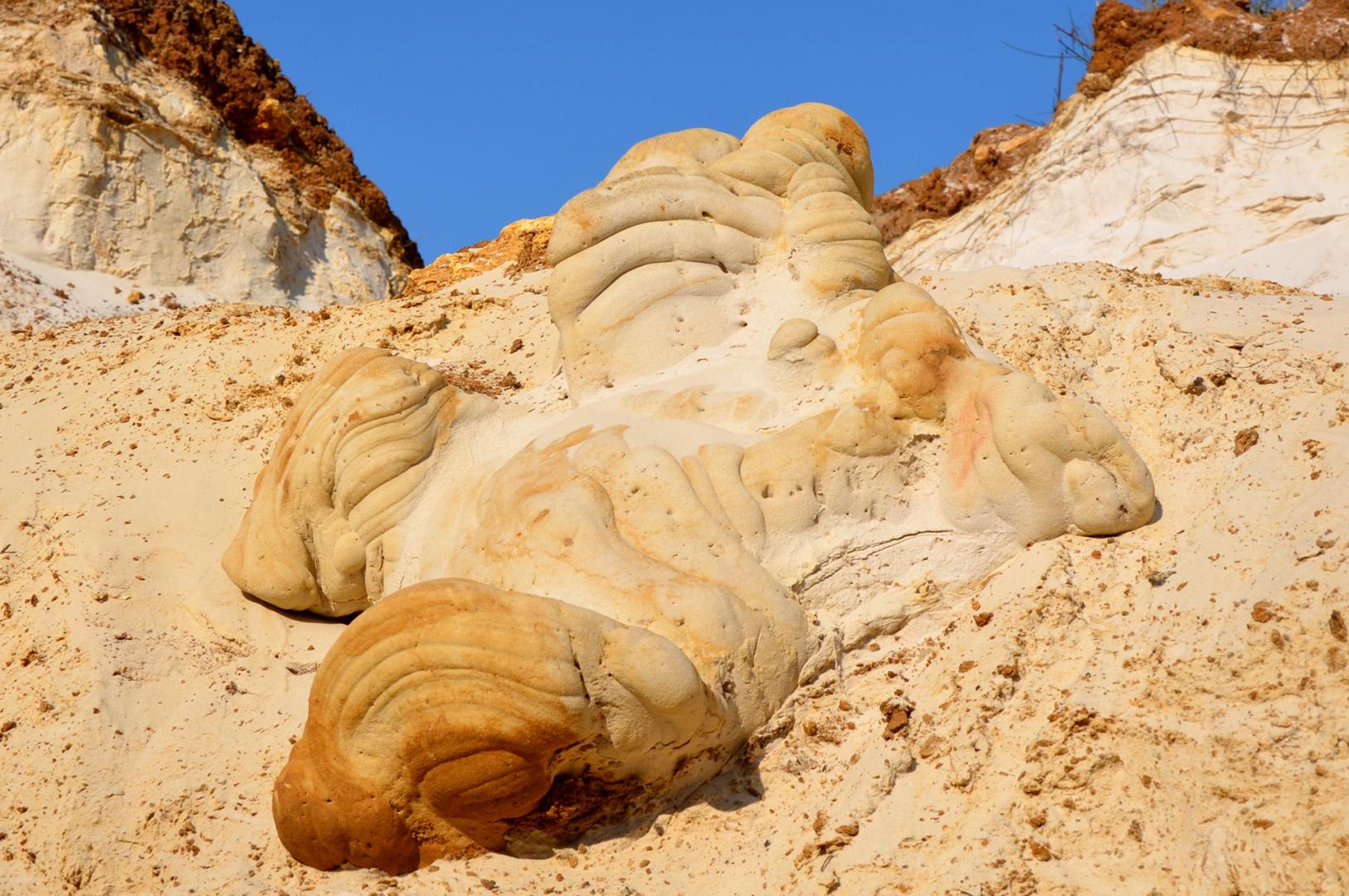 A geological stroll through Rambouillet Forest and the Chevreuse Valley

Since the 19th century, Rambouillet Forest and the Chevreuse Valley have been popular destinations for Parisians in search of the romantic, rural splendour of nature. Today, both sites continue to attract visitors with their large wooded areas, unusually steep terrain,  plateaux and valleys.

The Regional Nature Park of the Haute Vallée de Chevreuse was created in 1985 to stem the tide of urban growth heading westwards out of Paris. The park forms a coherent entity with a single geological identity: an area of siliceous subsoil, dominated by the Montmorency millstone clay crowning the plateaux, and by the Fontainebleau sand and sandstone on the valley slopes. Another feature of the park is its diverse landscapes. Large forests and coppices on the clay plateaux alternate with heather moors and rocky blockfields on the sandy slopes, along with peat bogs and reed beds in the marshy valley bottom.

In this book of Geological Curiosities, the authors select 22 sites to tell the story of vanished landscapes as well as to show how people have always taken advantage of the subsoil's resources for a wide range of uses: the fossil-bearing millstones of the Bois de l'Épars, the sandstone quarry of La Croix du Bois, the dolmen of Pierre Ardoue, the sand quarry of Le Déluge, and so on.

This book was written by François Bétard, lecturer at Paris Cité University, in collaboration with Jean-Claude Paziat, geologist, and Gérard Arnal, honorary engineer at the Muséum National d'Histoire Naturelle. 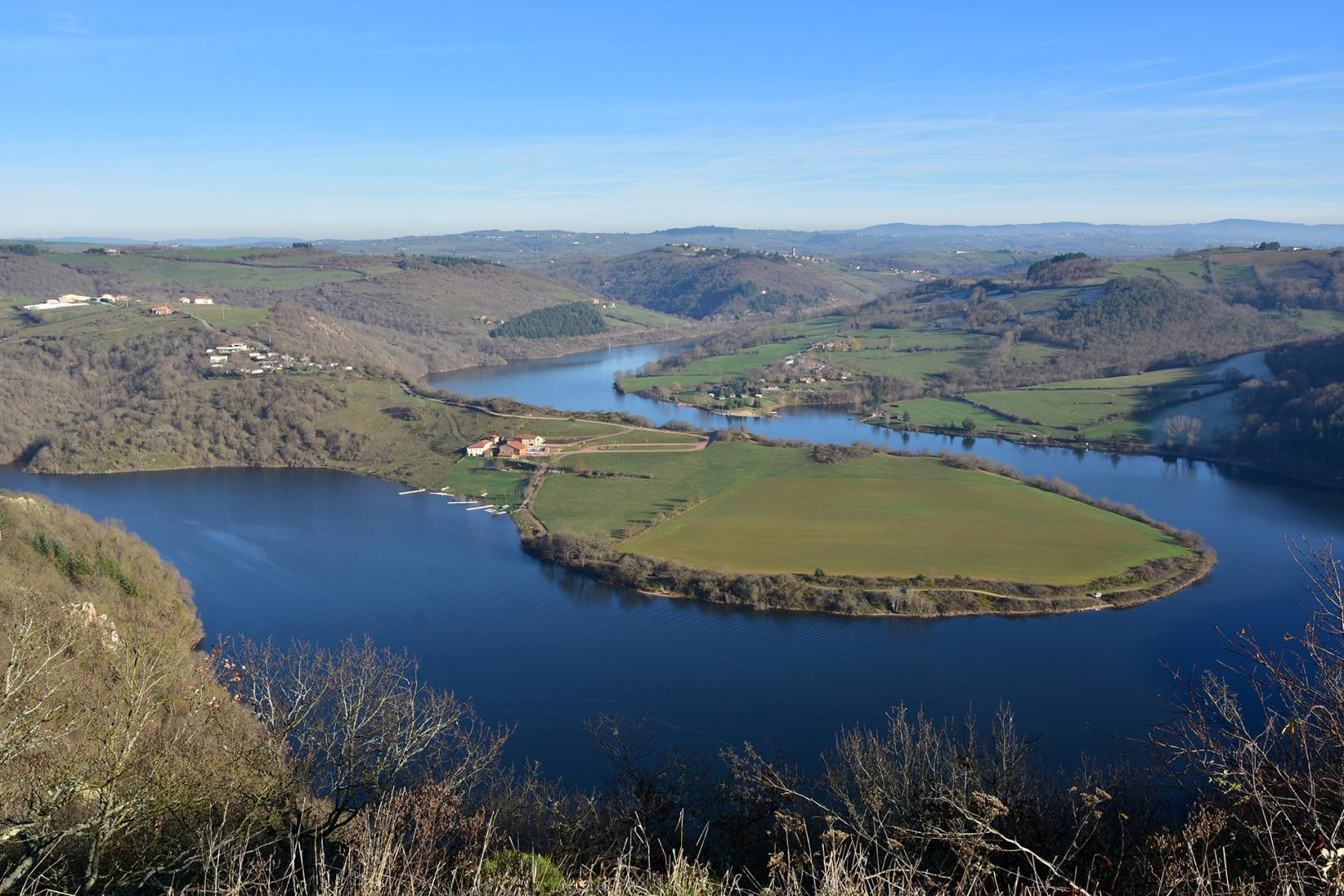 Le Pêt de l'Âne is the largest meander of the Loire river as it crosses the Neulise horst.

Understanding the Roannais region through geology

Located in the southern part of the Loire department, the Roannais region sits at a geological crossroads between the Lyonnais mountains, the Forez plain, the Bois Noirs and the Madeleine mountains. This geographical diversity is accompanied by a wide variety of geological and ecological landscapes. This is reflected first and foremost in the 22 geological sites selected by the author for their educational qualities, such as the Aix valley, the Néronde section, the Moulin Barbeau quarry or the yellow stone of the Brionnais region.

Another feature of the Roannais region is its little-known volcanic activity, which is very similar to that of Yellowstone. An area of almost 1,000 km2 is covered with lava and the debris of gigantic eruptions from a far distant time. The primarily rhyolitic lava was mainly deposited between 350 and 330 million years ago!

This mineral overview is completed by a look at the region’s rich biodiversity. Between the plains and the mountains, you can find the little owl, the najas minor (an aquatic plant) and the European wildcat. Here, as elsewhere, the flora and fauna, architecture and culture are partly dependent on the type of subsoil.

This original walk through the Roannais region is the work of a specialist. The author of the guide, geomorphologist Hervé Cubizolle, is a professor of geography at Jean Monnet University in Saint-Etienne and a specialist in peat bogs. He worked in collaboration with Pierre Crayssac. 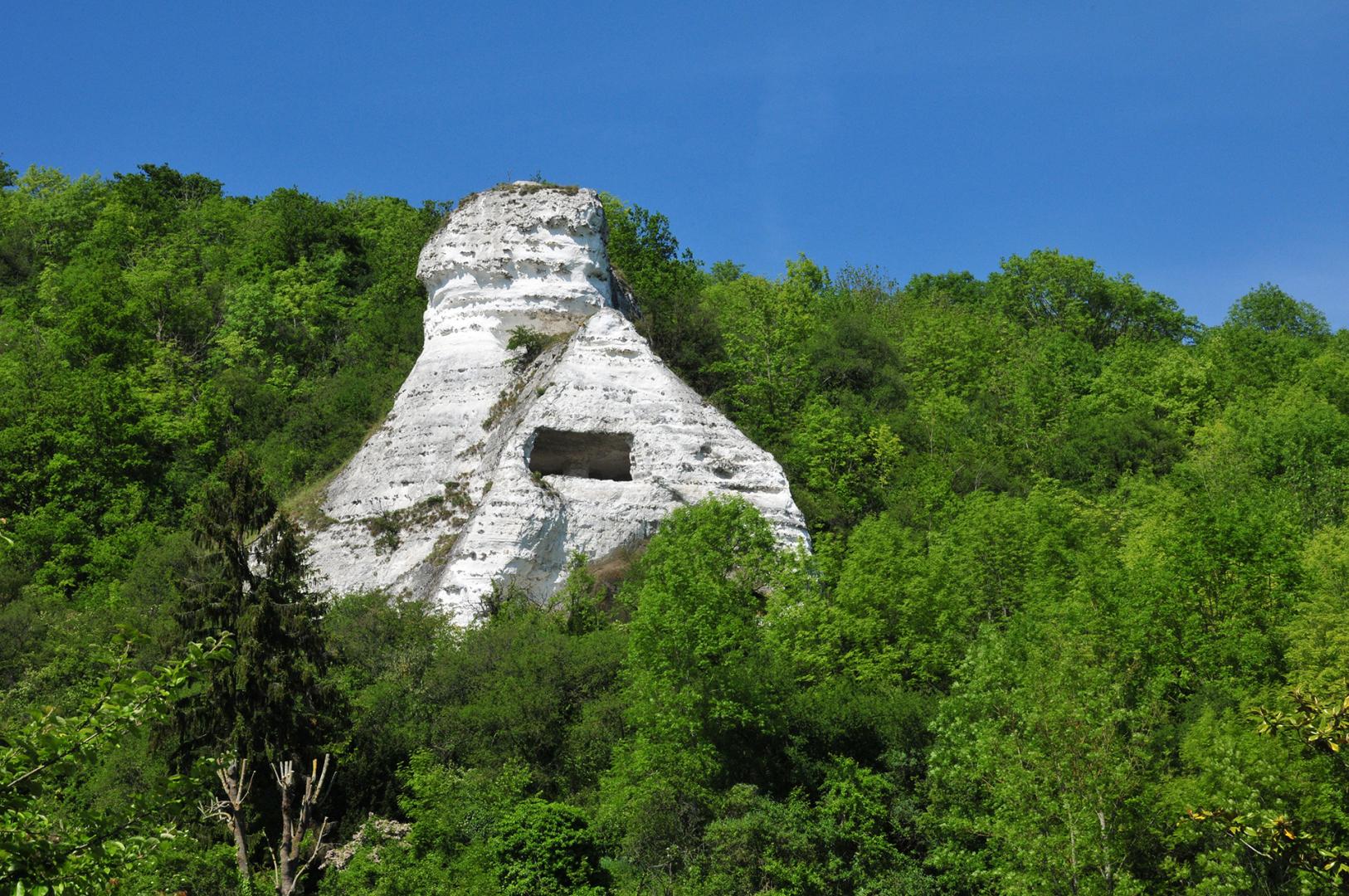 The Grottes du Colombier caves dug in 1743, in a chalk outcrop in Haute-Isle (Val-d'Oise)

Geological strolls through the French Vexin

A natural jewel in the north-west of Paris, the Vexin region straddles three administrative entities (Paris, Hauts-de-France and Normandy). Its strong identity is reflected in the existence of a Regional Nature Park as well as in its appeal for Impressionist painters. Characterised by an abundance of plateaux, valleys and hills, the French Vexin has a long geological history that began with the formation of chalk deposits in a warm, calm sea 80 million years ago. The chalk was covered by clay, sand, limestones and gypsum, as the sea advanced and retreated. Strange rocks can be seen along the pathways: flint, bulging sandstone and millstone. The more recent history of the past 2.5 million years has led to the formation of valleys and hills, through a process of erosion.

Curiosités géologiques du Vexin also describes how people settled in this area, taking advantage of the abundance of water and useful substances. It also looks at the geology of urban sites, both ancient (Chaumont-en-Vexin, Gisors, Magny-en-Vexin) and more recent (agglomeration of Cergy-Pontoise ).  The book covers 19 remarkable sites: the Lévrière springs and chalk cliffs of La Roche-Guyon, the Vigny-Longuesse nature reserve and the Danian geological facies at Vigny. This book provides walkers with an introduction to the history of the landscapes and rocks making up this discreet but widely recognised region.

This book was edited by Dominique Frizon de Lamotte, founder of the Natural and Environmental Sciences Department at the University of Cergy-Pontoise, with the collaboration of Julien Douçot, Adrien Frizon de Lamotte, Cyril Gagnaison, Pascale Leturmy, Yannick Vautier and Philippe Ott d'Estevou.

Find out more about BRGM Editions and order