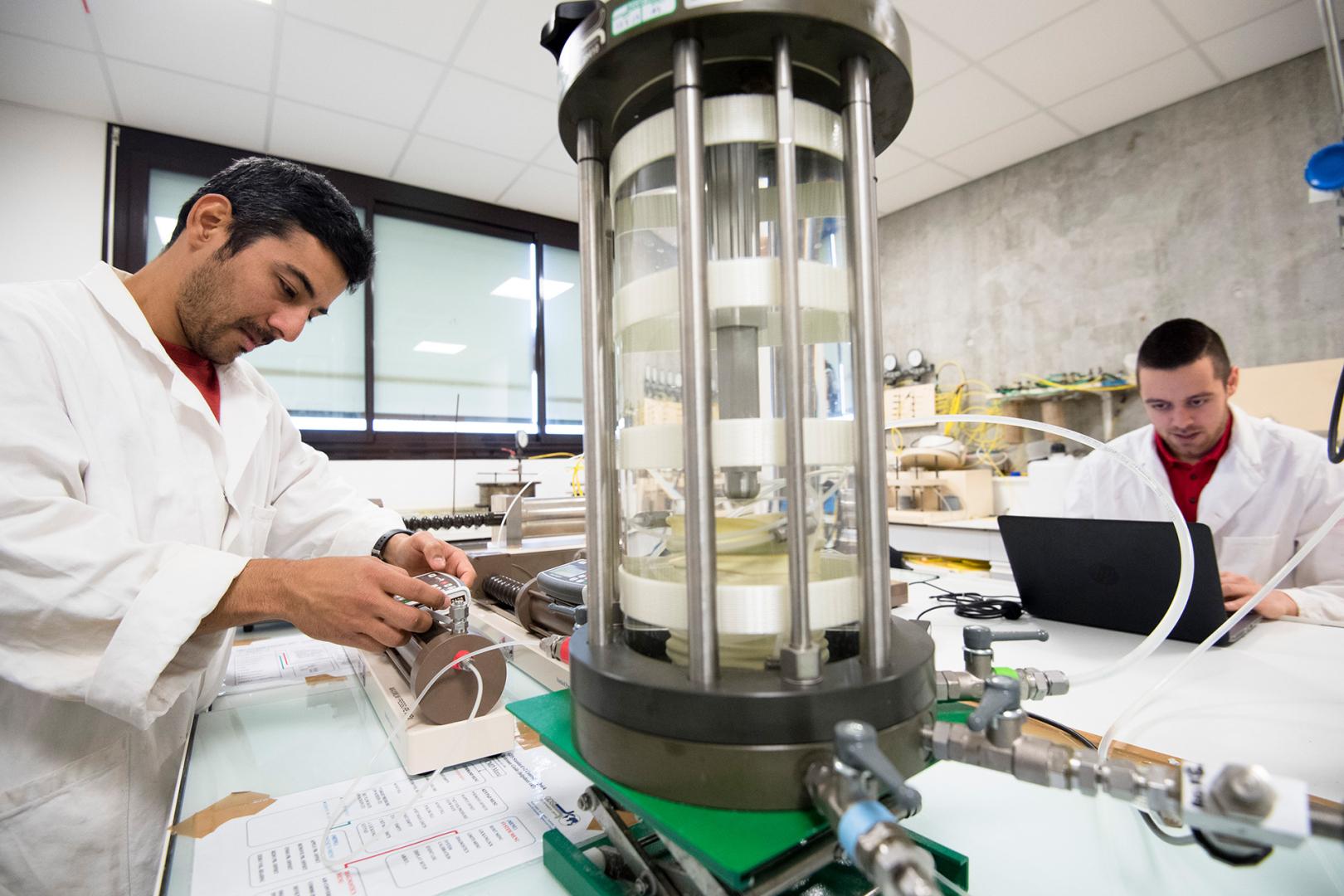 Share
On 20 September 2022, Isto, the Earth Sciences Institute of Orleans, of which BRGM is a stakeholder with CNRS and the University of Orleans, inaugurated the scientific platform O-ZNS, an observatory of transfers in the unsaturated zone.

Opening of the O-ZNS platform on 20 September 2022 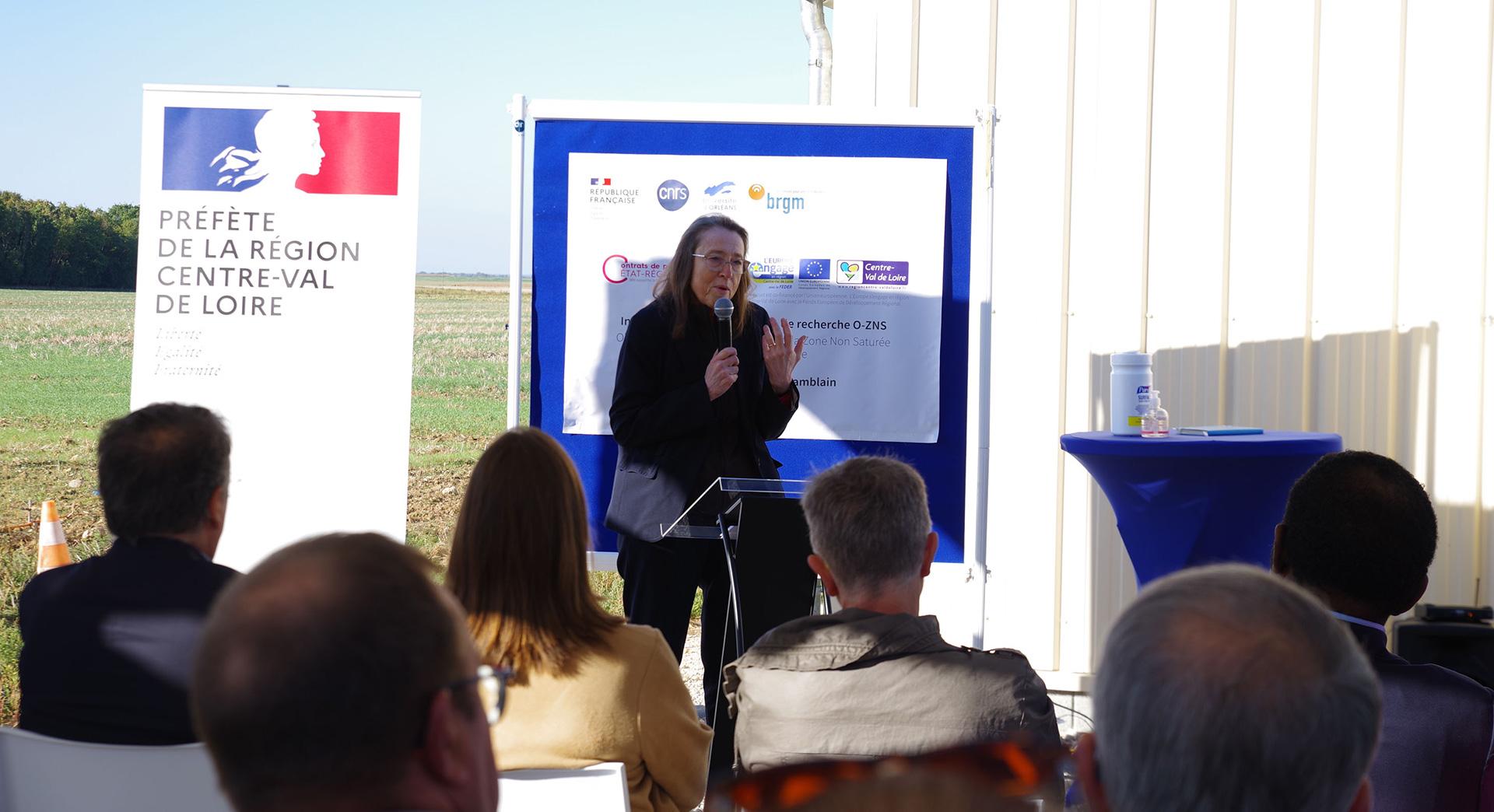 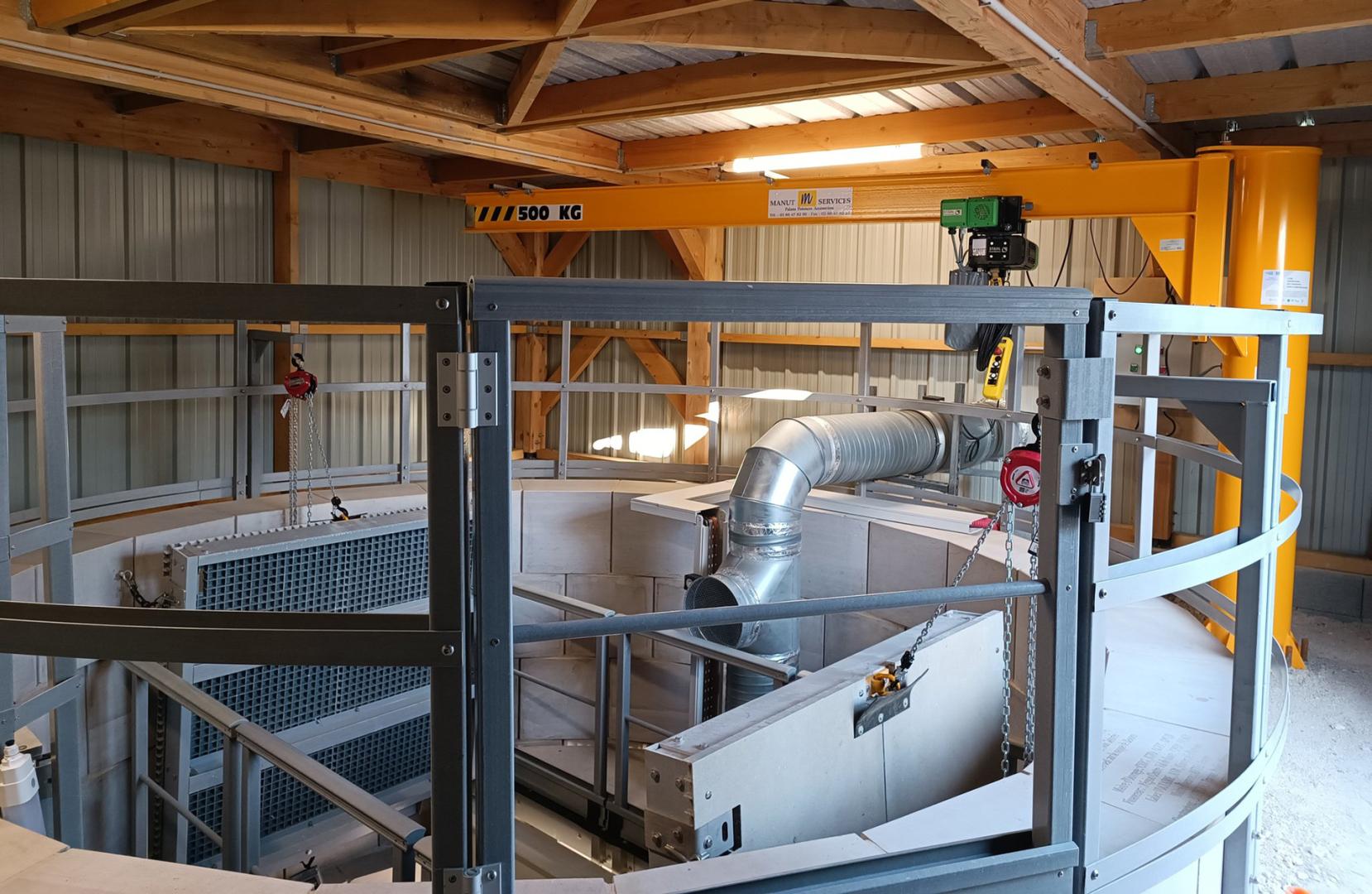 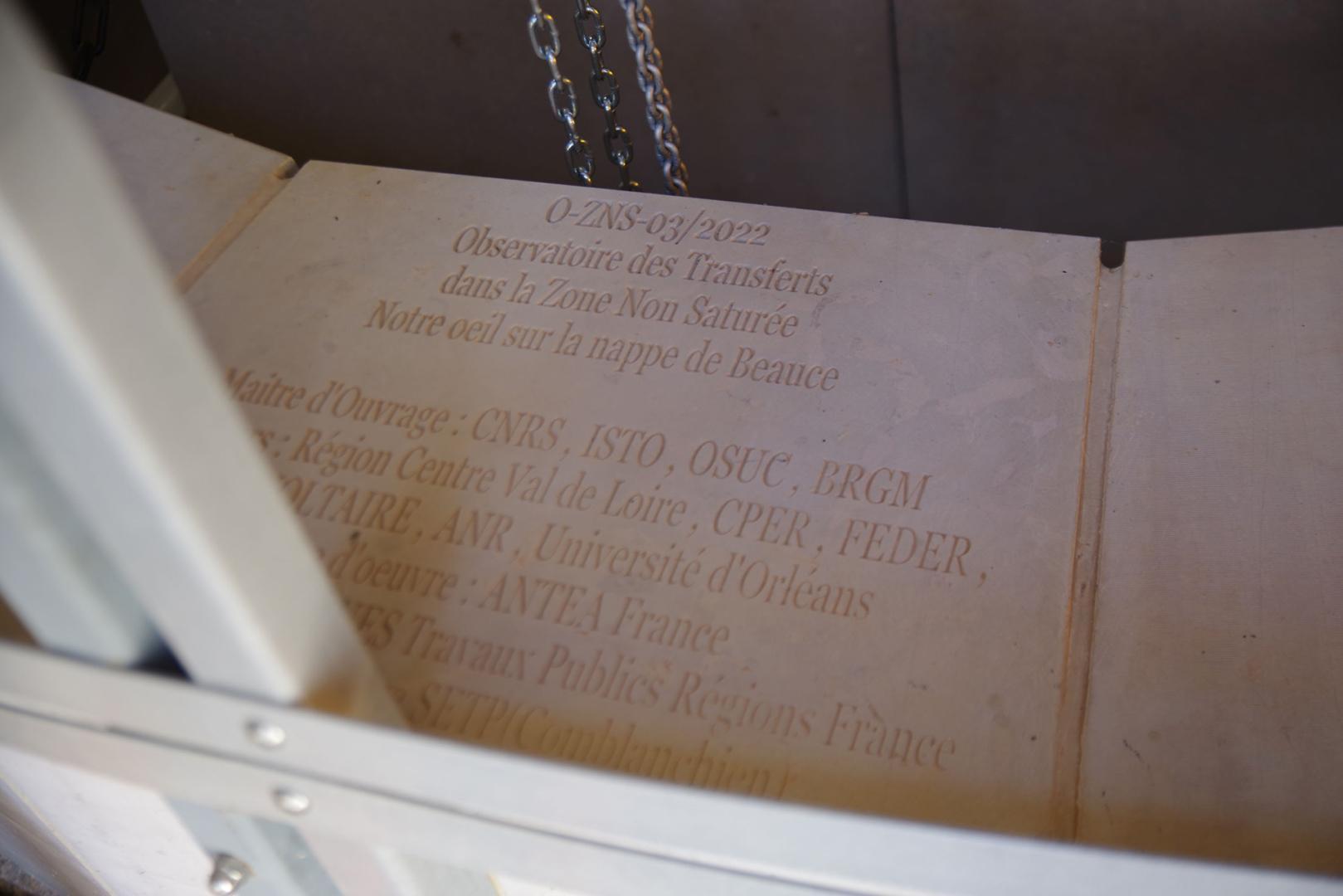 The Beauce aquifer, the most extensive drinking water reserve in France, is subject to strong pressure from human activities, as evidenced by:

The objective of the O-ZNS platform, which is an observatory of transfers in the unsaturated zone, is to understand how and at what rate water and contaminants flow from the ground surface to the aquifer, and how the latter is recharged.

This scientific platform was inaugurated on Tuesday 20 September 2022 in Villamblain (Loiret) by the Isto Joint Research Unit (the Orléans Earth Sciences Institute) in the presence of representatives of its three stakeholders: the CNRS, the University of Orléans and BRGM, and also of the Orléans-Tours Academy, the Centre-Val de Loire Region and the Loiret Department.

A platform of exceptional dimensions

With its 20-metre-deep, 4-metre-diameter shaft, its 8 boreholes equipped for monitoring the water table and its geophysical imaging, a large part of which was developed by BRGM teams, the O-ZNS platform is a unique facility for acquiring and sharing original data on the water cycle.

Thanks to the exceptional scientific equipment currently being installed, it is also of interest to both academic and industrial partners.

Furthermore, the O-ZNS Observatory is part of the “Living Labs” of the national Priority Research Programmes and Equipment (PEPR) OneWater - Water as a Common Good, with a particular focus on aquifer recharge processes. It is also a major part of the regional Juno project which has recently been validated by the Centre-Val de Loire Region. The latter is focused on the construction of digital twins of the Beauce aquifer including a digital twin dedicated to O-ZNS.

O-ZNS: the observatory of transfers in the non-saturated zone

The Beauce water table, the largest drinking water reserve in France, is highly polluted relative to human activities and materialized by high levels of nitrates and pesticides still found today in groundwater. The O-ZNS platform, with its exceptional dimensions (20m deep and 4m in diameter), aims to understand how and how quickly water and contaminants flow from the soil surface to the water table.

Groundwater tables are our drinking-water reserves. They are often contaminated, by nitrates, for example, mainly of agricultural origin and emerging pollutants such as endocrine disruptors. Today we still don't understand the mechanisms that work beneath us, like the processes of water transfer in subsoil to the groundwater table, and especially the behavior and the fate of the elements that water takes with it. To respond to these issues, the Institute of Earth Sciences in Orléans has launched the O-ZNS program, which observes the unsaturated zone. This research project aims to identify how these pollutants penetrate the unsaturated zone from the surface to the groundwater table. The unsaturated zone contains water and air, and there the pollutants are likely to transform. The transfer of pollutants is subject to interactions, especially with water, gases, and minerals. The roots and micro-organisms also play an important role in the fate of farming pollutants. It's firstly groundwork for the O-ZNS team. This one was set up on an agricultural plot in Beauce to carry out the research. O-ZNS has a tool which is large-scale and unique in Europe with the construction in 2021 of an access well in the unsaturated zone. These exceptional dimensions that are 20 m deep and have a 4-m diameter are a great technological and scientific challenge pointed to O-ZNS's aims.