Alabaster routes: isotopes partially reveal the enigma of the Master of Rimini

Share
Who was the so-called ‘Master of Rimini’, the great 15th century sculptor whose alabaster works were exported throughout Europe? Art historians have long thought his workshop was in the Netherlands or northern France, but a study published in the scientific journal PLoS ONE provides an alternative hypothesis. 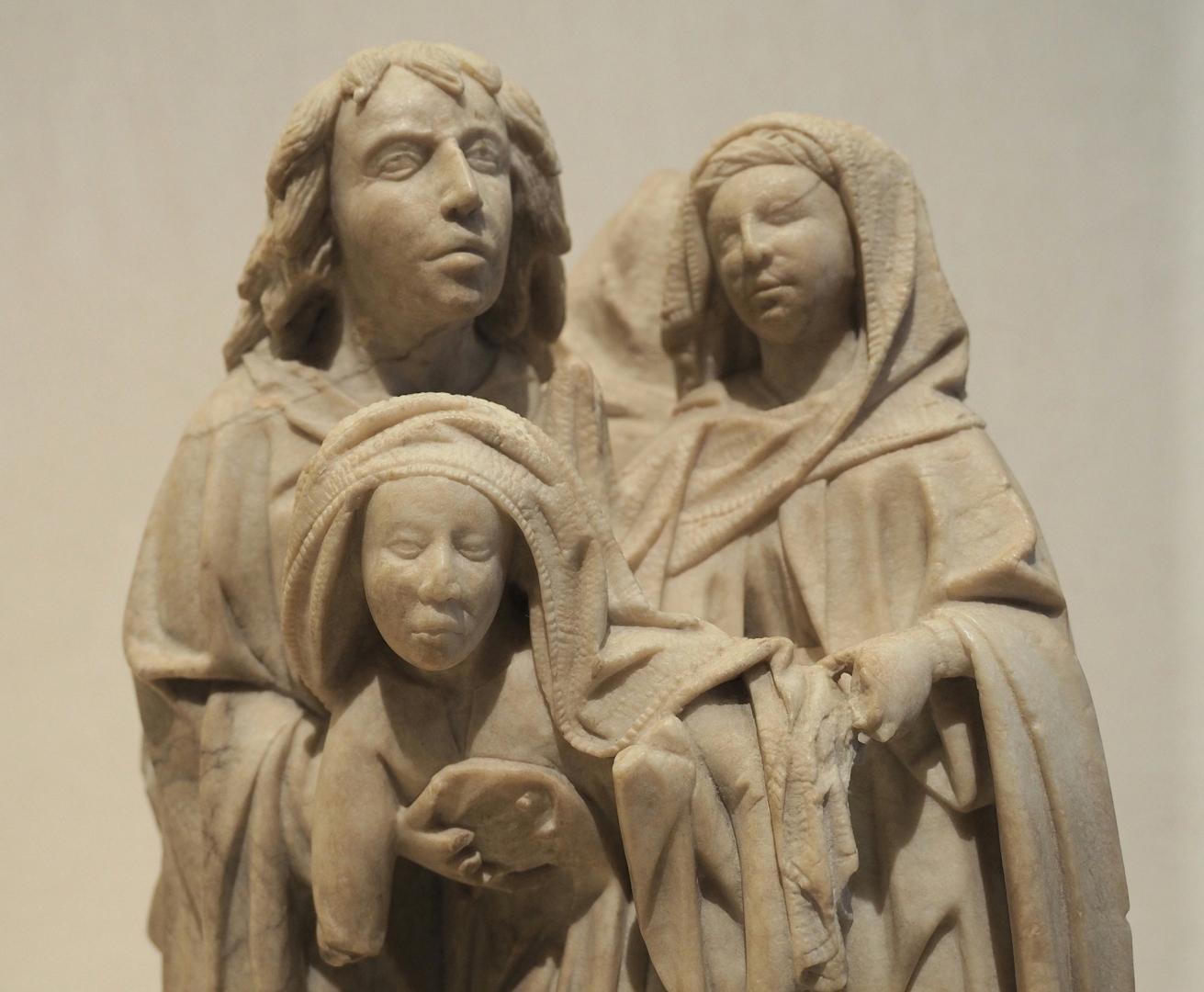 The Fainting of the Virgin, 1430-1440, Louvre Museum. Master of Rimini, active in Germany or the Netherlands, who used exclusively Franconian alabaster from deposits near Würzburg, Bavaria.

By analysing the isotopes of the alabaster used by the Master of Rimini, teams from the BRGM, the Laboratoire de recherche des monuments historiques, the Centre de recherche sur la conservation, the Centre interdisciplinaire de conservation et restauration du patrimoine and the Musée du Louvre, discovered that the material used by his workshop probably came from a single stone quarry located in Franconia (northern Bavaria), i.e. nearly 600 kilometres from the regions where historians had previously thought he worked.

This discovery opens up a new hypothesis, that of an artist trained by the Flemish school who could have emigrated to southern Germany where he found his favourite material, alabaster. For the past ten years, studies on the traceability of ancient materials have been drawing a new map of European artistry through the centuries, by reconstructing the networks of exchanges of materials, works and know-how.

Find out more about the alabaster routes in the Middle Ages

Since their inception in the 1940s, the research community has continued to develop isotope studies. A given chemical element can have different atomic masses (for the same number of protons, the number of neutrons can vary): these are its isotopes. Some atoms are stable, while others are radioactive and decay over time. The ability to distinguish the isotopes thus facilitates geological dating but also makes it possible to trace the origin and transformations of elements in the subsurface or water. At its scientific and technical centre in La Source, BRGM has a very well-equipped analytical facility for the isotopic study of a large number of chemical elements.

Read the article in the journal PLoS ONE