Cataloguing our geological heritage to ensure its protection

Share
France has a rich and varied geological heritage that remains relatively unknown, in contrast to the historical or cultural monuments that are now listed and partly protected. This prompted the Ministry of Ecology, Sustainable Development and Planning to compile an inventory of France's geological heritage. BRGM will be responsible for managing the database and making it available. 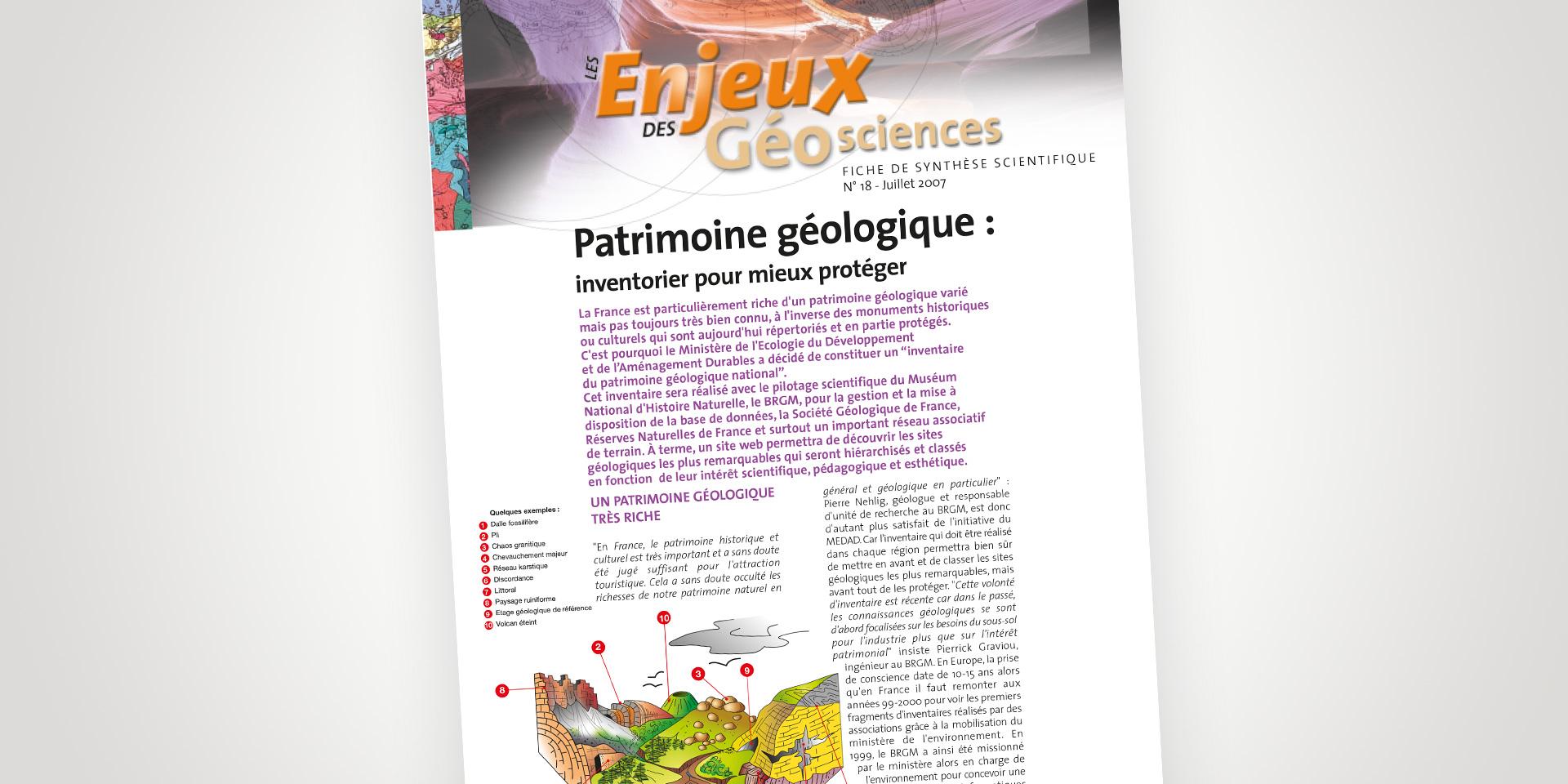 A rich geological heritage and a single methodology

Following in the footsteps of other countries, France decided to catalogue its geological heritage. But first, it was necessary to define the "philosophy" of this inventory, adopt some data collection protocols and determine a single, consistent methodology before structuring the database produced by BRGM. This is why a reference guide (Vade-mecum) was drawn up under the aegis of the French Museum of Natural History to define the procedure for carrying out the inventory, which will cover different scales from very specific sites such as a small outcrop of rock to larger areas such as a quarry or a cliff.

Each site will be documented with a descriptive sheet presenting all its administrative, legal, physical, scientific, aesthetic and educational aspects. This information will be used to assign a rating, and a ranking of 1 to 3 stars for the most outstanding sites. The scientific aim of the inventory is to pick only the most interesting sites, according to various relatively objective criteria. Indeed, there is no point in selecting everything, otherwise this geological heritage would be trivialised. An average of around 100 sites per region will be described in this way.