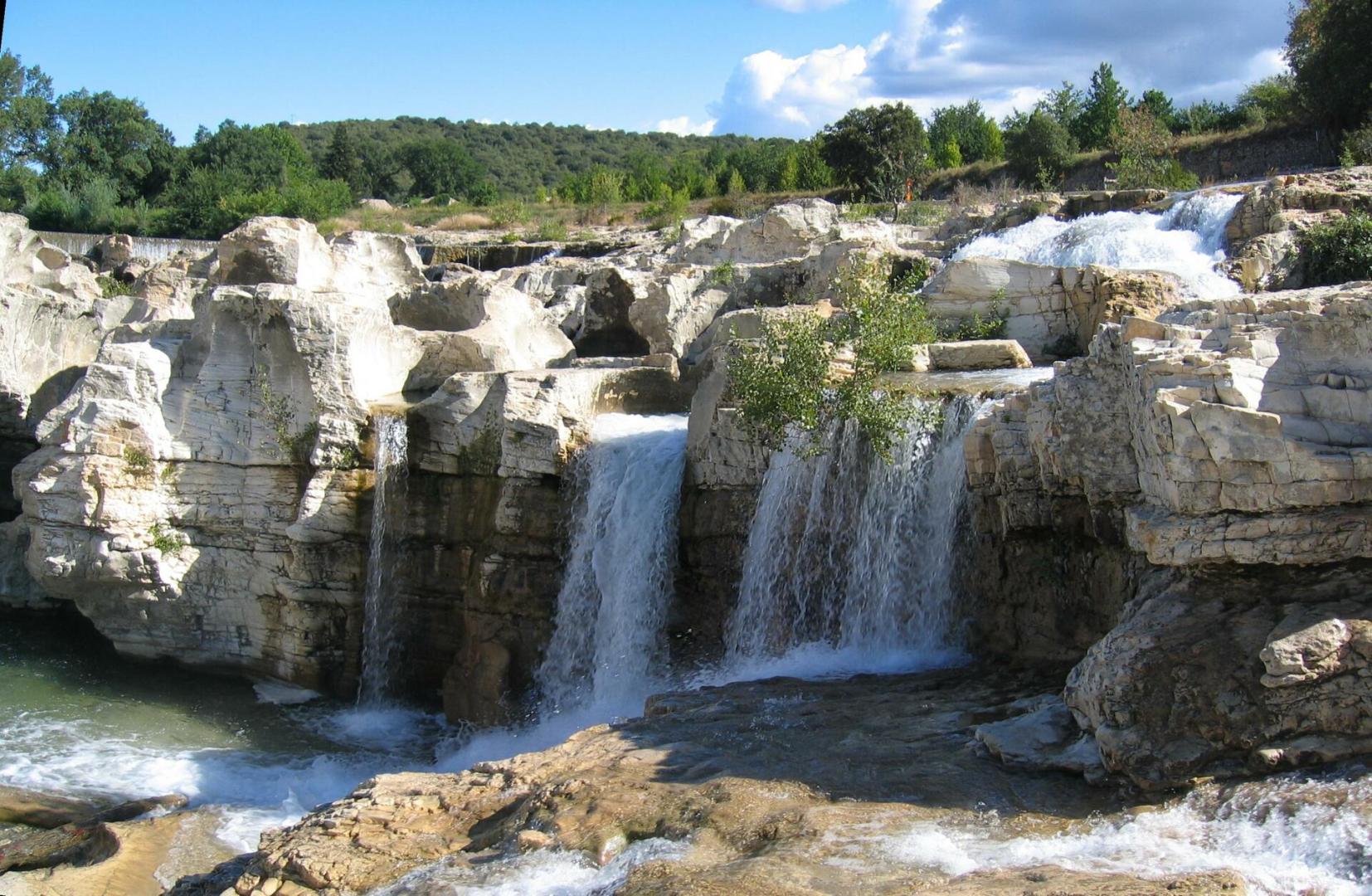 Water for Tomorrow: Working together to create and test innovative and holistic water management solutions

Water for Tomorrow is a cross-border partnership of 5 organisations in England and France which will develop and test innovative water management tools and decision-making support systems. These will enable more responsive short-term management of drought events, and better long-term planning, as well as investment in water management at a local scale.

This €4 million project is funded through the EU INTERREG VA France (Channel) England Programme which has committed €2.8million through the European Development Fund. The project will run until March 2023.

The deliverables are as follows:

Five pilot sites have been defined, three in England and two in France:

BRGM Brittany has expertise and advanced skills in the study and management of groundwater and other associated hydraulic compartments. The “New Water Resources and Economy” division in Montpellier, also involved in the Water for Tomorrow project, makes it possible to develop appropriate economic approaches to meet the new needs of integrated water management and more generally of the environment and geo-resources.

More about the project 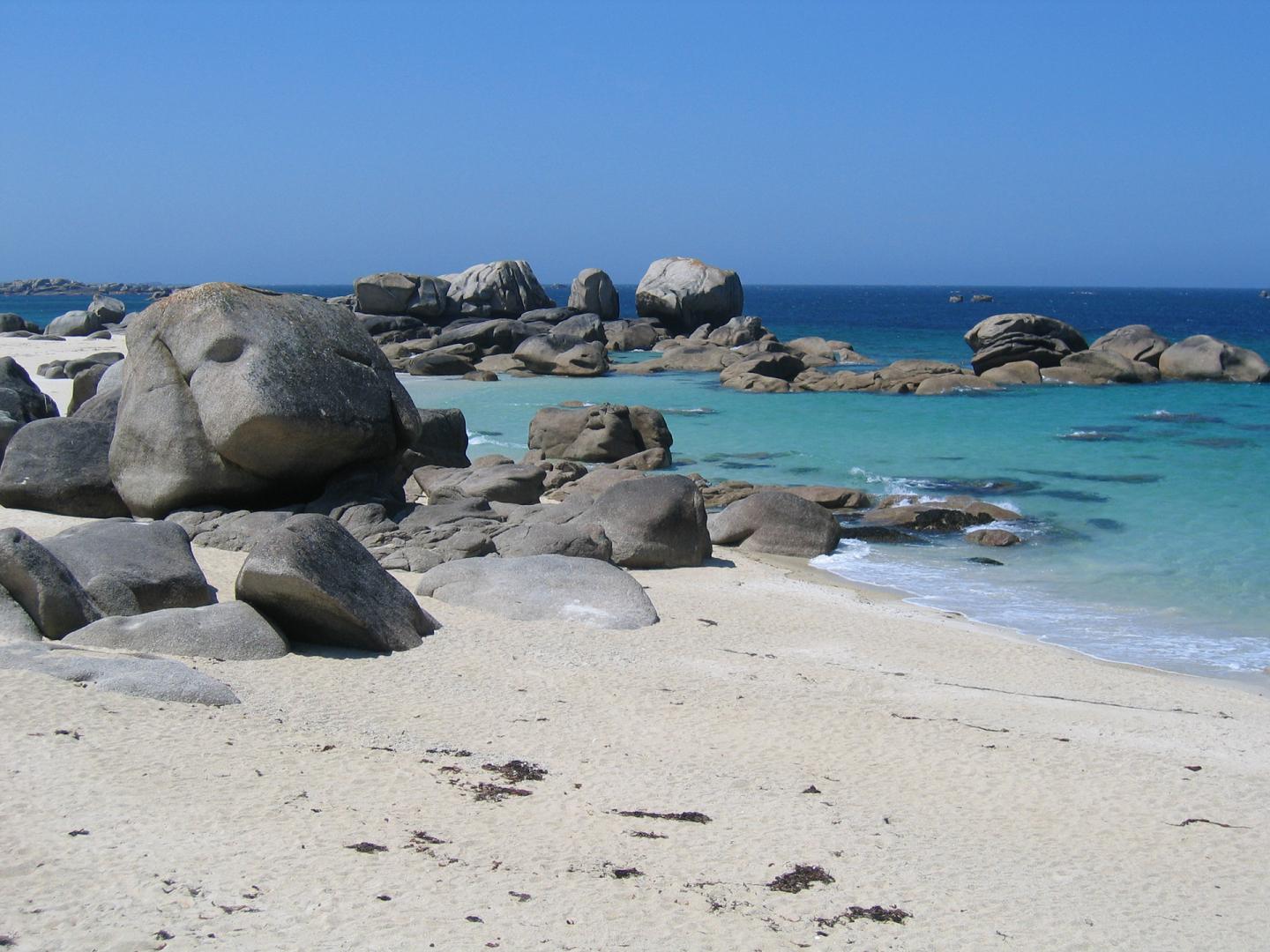 This pilot site is home to several stakeholder groups making use of the drinking water supply: agriculture (livestock), industry, a growing tourism industry, and a growing population, linked to coastalisation.

How can we act collectively to tackle water scarcity? The European project Water for Tomorrow aims to improve water management in England and France. South Finistère is one of the 5 pilot sites of the project.

In Brittany, drinking water was provided by small associations and communal services exploiting local resources. These local resources became insufficient to meet the growing demand, especially in coastal areas. We thus developed networks to transfer to these areas drinking water produced from major rivers or reservoirs. This strategy, which has been effective for almost 30 years, may become insufficient as consumption increases, droughts become more intense and more frequent and local resources are abandoned when contaminated by pesticides. All the ingredients of this situation are found in southeast Finistère, where the water supply was secured in the late '80s by a network of large-diameter pipes serving six communities with drinking water produced in Châteaulin from the Aulne river. The supply infrastructure is managed by the Syndicat Mixte de l'Aulne. The Syndicat Mixte de l'Aulne was set up by local authorities, and with its solid resources, notably the Saint-Michel reservoir, offered almost guaranteed low-water support, at least until now. It allows everyone to help each other in summer when their own resources dry up, so it is an indispensable tool that has already prevented water shortages in the territory. In the area around the Crozon peninsula, the Syndicat Mixte de l'Aulne is used little in winter, but a lot in summer. The proportion rises such that up to 80% of our water comes from the Syndicat Mixte in the months of July, August and the first half of September. It's clear how crucial this is and how much we depend on the Syndicat and this tool. Until now, we have given low-water-level support from the Saint-Michel reservoir, which is 13 million cubic meters, 10 million of which are usable for low-water support if it is full. That's a large capacity. However, it is not unlimited. In certain years, such as 2017, we have trouble filling the reserve. We wondered about how secure supplies were, given the intensifying effects of climate change. So we collectively sought, with all water stakeholders, to carry out an overall review and take a step back. The issue of climate change has no borders: it doesn't concern one territory but not another. We need to realize that the issue of resource scarcity will concern everyone. The effects will vary from sector to sector, but faced with these challenges, we need to be united with a single objective when dealing with it. The Water For Tomorrow project will help the key figures in this territory to plan ahead. The aim is to help them develop more collective strategies to cope with water management. The thinking will focus on developing a model, but above all on consultation between elected officials, technicians and scientists.

How can we act collectively to tackle water scarcity? The European project Water for Tomorrow aims to improve water management in England and France. South Finistère is one of the 5 pilot sites of the project.

European Regional Development Fund Securing the supply of drinking water in South Finistère Building a drinking-water-supply model In the Syndicat Mixte de l'Aulne's territory, the issue of resilience in drinking-water supplies arises as the demand and availability of resources evolves. Under these conditions, communities' requirements from their Aulne resource are likely to increase. But the resource will itself be affected by climate change. Given the importance of this resource across the Département, it makes sense to have a tool to help us forecast crises, or at least react better to them. Because we will definitely have crises. That's why we have built a hydro-economic model representing drinking-water supplies across the territory, secured by the Syndicat Mixte de l'Aulne. To build this model, first we identified all available resources, then schematized how water can be sent to municipalities to satisfy their requirements. To that end, we solicited local stakeholders to see which resources can meet which demands, taking into account territorial interconnections. We also needed to characterize all the constraints that impact production capacity: the technical or regulatory factors that affect the collection capacity, treatment or transportation of water. There may also be constraints on resource availability. This is the Kergamet site. We have two boreholes and a small catchment area with a main well. On this site, the resources are very impacted by low-water periods. Starting in mid-July, we have problems in the catchment area as it is a very superficial resource. We then use borehole water in greater quantities. What we can also do is import water from resources close to Saint-Avé. We can also take water from Syndicat Mixte de l'Aulne resources and thus maintain water supplies in part of our territory during low-water periods or when our resources are problematic. A particular aspect of the SMA is that, as with the entire Brittany region, we are on substratum aquifers of schist and granite with relatively limited reserves compared to large sedimentary aquifers. On this type of aquifer, we see levels rise in the water table during the charging period, which then decrease throughout the year, reaching a minimum during the August-September period. This implies a subsequent decrease in the most superficial resource production. These individual elements are taken into account in the model for each resource, whether a well, borehole or superficial resource. This computerized hydro-economic model can simulate the impact of a range of scenarios. For each scenario, the model will seek to optimize the organization of the territory's drinking-water supplies to best satisfy water needs according to production capacities. The model will thus determine how feasible it is to meet water requirements in a particular scenario. There is much to recommend modeling for this type of study. The most important aspect is the ability to combine a much wider range of scenarios than is possible using traditional methods. The tool's ability to simulate these clashes and overlaps of scenarios and settings allows more precise identification of areas of fragility and vulnerability in this part of the Département.

The Syndicat Mixte de l'Aulne (SMA) plays a role in assuring the security of the drinking water supply (AEP) to the South-Western quarter of the Finistère (Brittany). It covers an area of 1300km² and includes 5 EPCI’s, which combine nearly 180,000 users, and will soon expand to a 6th EPCI. Each of these areas has its own resources and calls on the SMA for permanent supply or for ad-hoc security.

This pilot site is home to several stakeholder groups making use of the drinking water supply: agriculture (livestock), industry, a growing tourism industry, and a growing population, linked to coastalisation. These growing needs are coupled with a decrease in the availability of water resources and it is possible that the AEP networks will not be able to meet everyone’s needs in the future.

The multitude of sampling points and the collective security role of the SMA justify thinking about the sustainable management of resources in an all-round way on this pilot site, for greater efficiency.

More about this pilot site

CABBALR is therefore seeking to better predict the future evolution of water resources and needs in order to integrate them into its area development strategy.

Water for Tomorrow - "CABBALR" pilot site: the challenges of water management on the territory

How can we act collectively to tackle water scarcity? The European project Water for Tomorrow aims to improve water management in England and France. CABBALR is one of the 5 pilot sites of the project.

Water has not been a major concern historically on the pilot site of CABBALR, due to the abundance from one of Europe’s largest aquifers (La nappe the la Craie) and a variety of water management authorities in the area.

Nonetheless, droughts from 2017 to 2019 have led to a decline in piezometric levels, which could be sustained with climate change. At the same time, uses are changing: there is an increased demand for water by the agricultural sector, industrial areas are expanding, as is urbanization.

CABBALR is therefore seeking to better predict the future evolution of water resources and needs in order to integrate them into its area development strategy and better prepare for emergency situations.

More about this pilot site