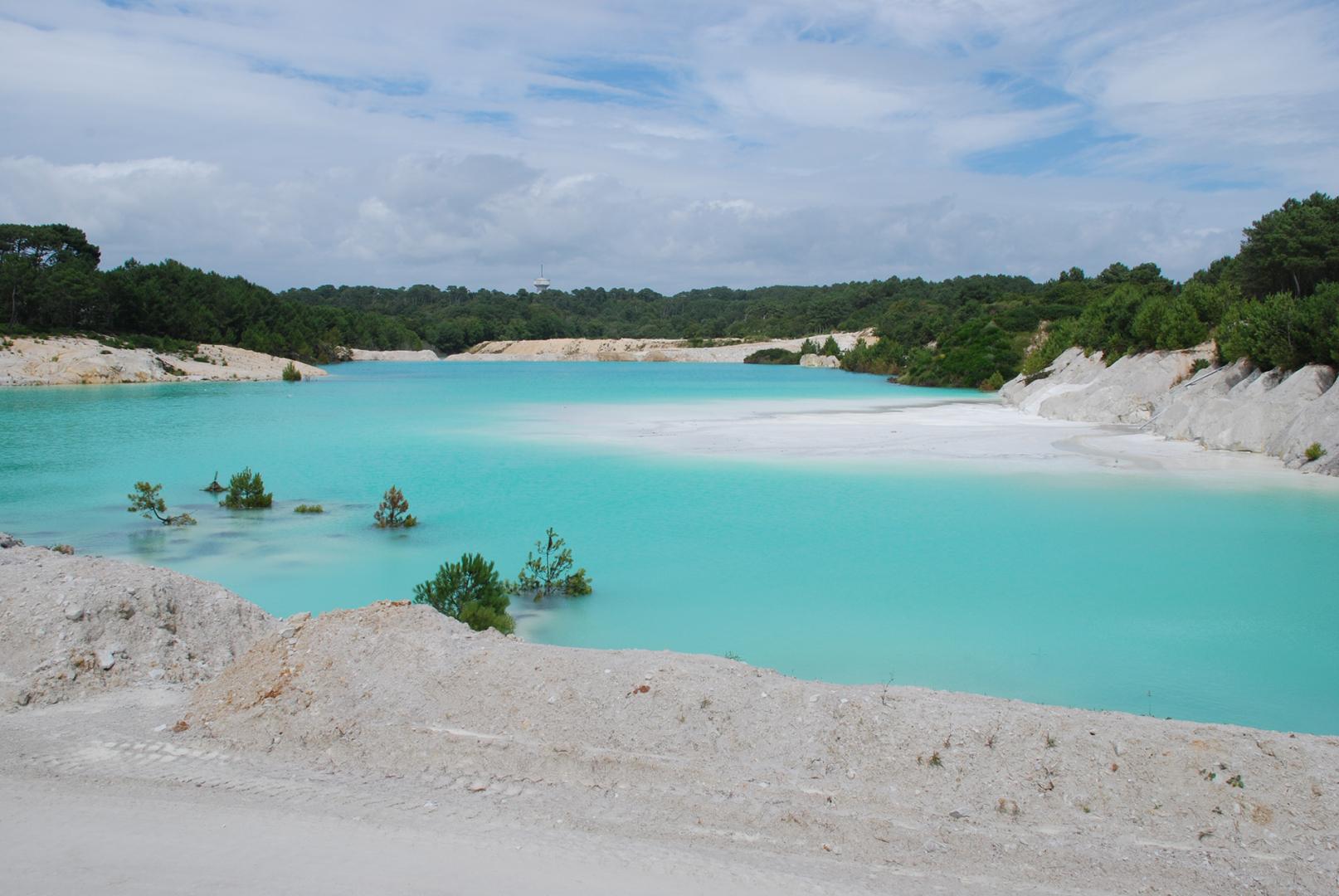 Handbook on kaolin and kaolinic clays

Share
Nearly 400,000 tonnes of kaolin and kaolinic clays are extracted each year in France from 41 quarries. This handbook summarises the latest knowledge on these materials and on the value chains using kaolin across France. 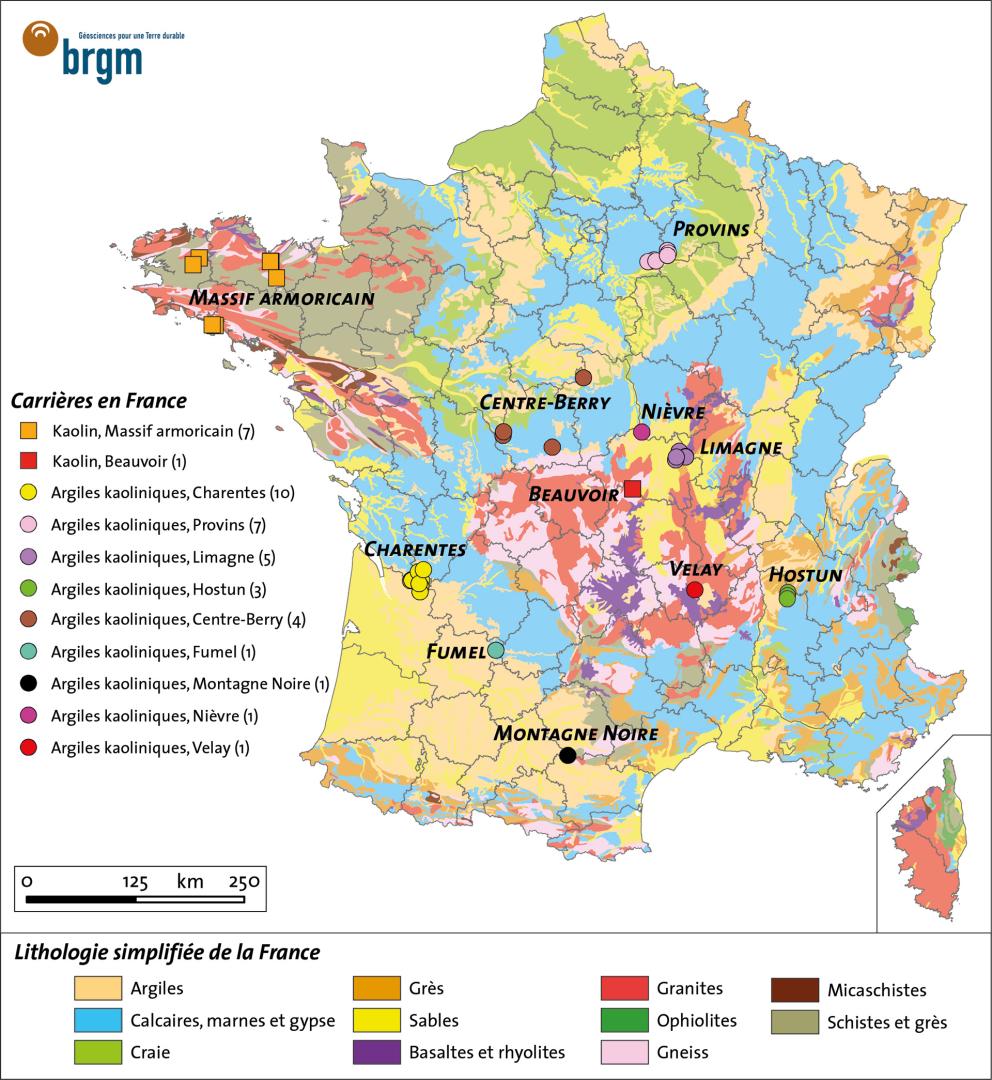 In order to facilitate future decisions by government departments and to provide the public with the relevant data on all extraction activities for a number of substances extracted from quarries, BRGM is responsible for presenting a review of the industrial sectors exploiting these substances. This takes the form of a collection of handbooks, the first series of which was produced between 1987 and 2000. Since 2014, a new series of handbooks with updated knowledge has been published. In 2018, the "kaolin and kaolinic clays" handbook was published. 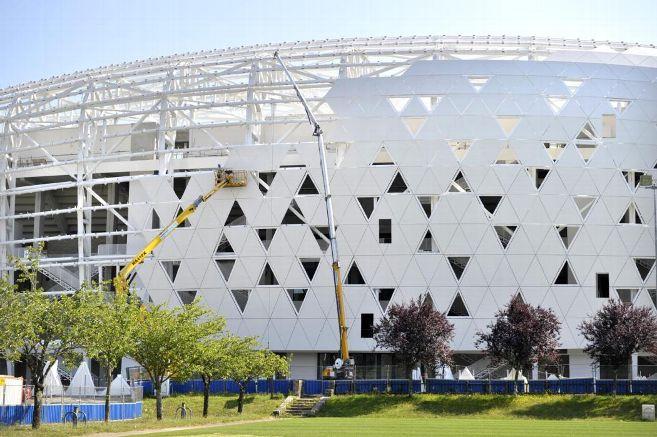 The Beaublanc stadium in Limoges under construction in 2016 (high-performance white concrete incorporating kaolin).

The French exploitation of kaolin and kaolinic clays (kaolin that has undergone erosion-transport-deposit processes) is spread over the whole of mainland France, with several specialised production basins. Primary deposits for kaolin (formed locally on altered granitic rocks) are found particularly in basement-rock regions where plutonic rocks from the Variscan orogeny break the surface (Massif Central and Massif Armoricain) while secondary deposits, for kaolinic clays, are more common in sedimentary basins from the Mesozoic and Cenozoic Eras (Parisian Basin, Aquitaine Basin, Limagne Trench, Southeast Basin).

In 2017, nearly three-quarters (30 out of 41) of the quarries surveyed were specialised in the extraction of kaolinic clays. However, kaolin production, estimated at around 300 kt in 2017, is higher, with total production (kaolinic clays and kaolin) in the range of 400 to 450 kt. The main outlets for French kaolins are the paper industry, followed by ceramics and earthenware, the glass industry (fibreglass), fillers (plastics, paints, rubbers, adhesives), refractory materials, and additives for concrete. The kaolinic clays extracted are mainly used to manufacture refractory products.

France had a positive trade balance for these substances over the period 2015-2017. Its main partners are Europe (Italy, Spain, Denmark, Belgium, United Kingdom, Germany, Netherlands, Czech Republic) and Morocco, the United States and Ukraine. In 2017, activity for this sector posted a trade surplus of €10.05 million, €9.24 million of which was for kaolin clays.

The handbooks, which all follow the same structural plan addressing different points (definition of substances and products, geology and deposits in France and worldwide, statistics on extraction activities in France, operating and processing methods, industrial sectors and sectors of use, markets and prospects, innovations, substitutions and recycling) are published on the MineralInfo website. They thus enable a wide public to acquire both an overview and precise technical and economic information on the substance or group of substances concerned.