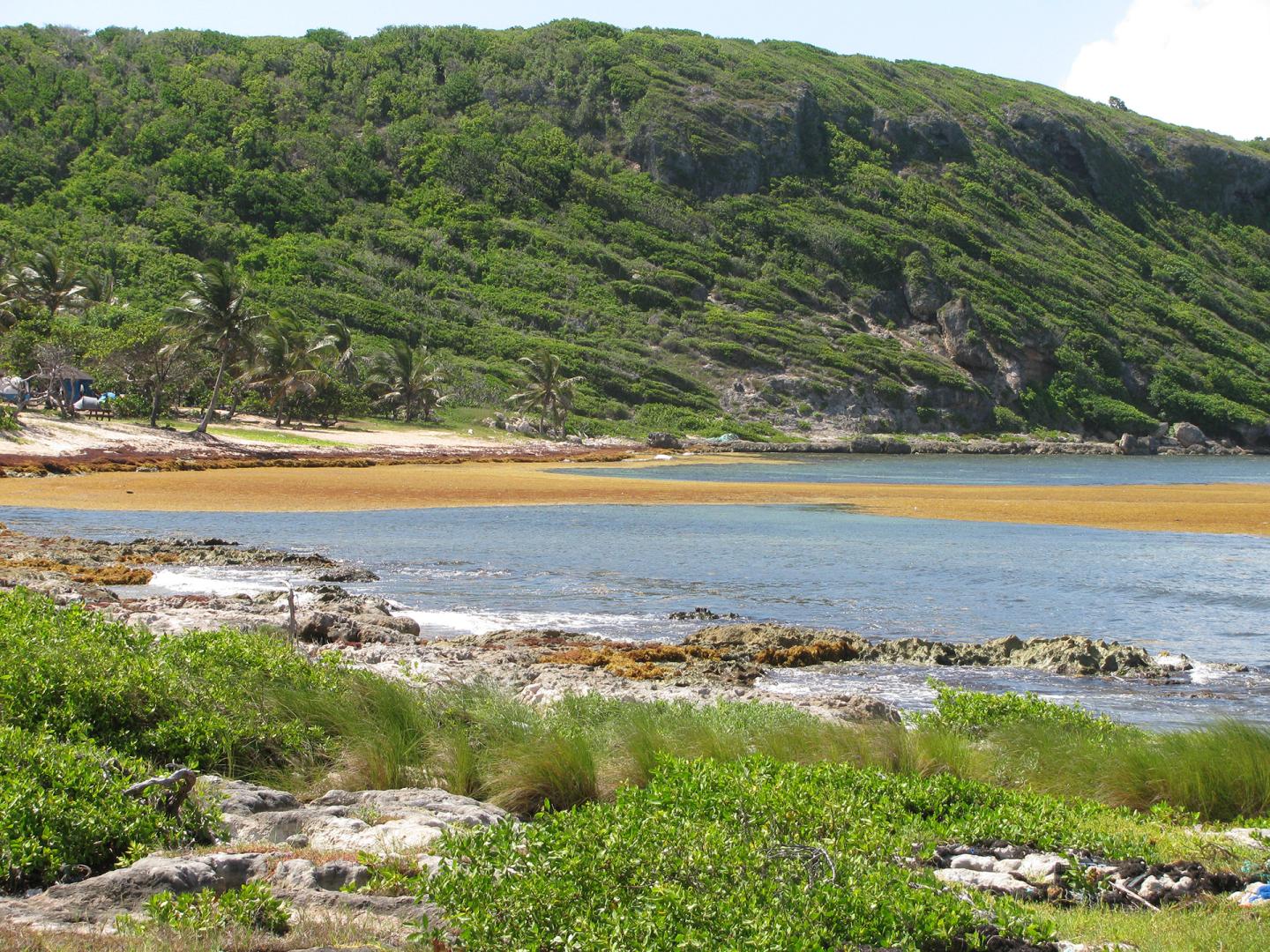 Share
The Guadeloupe archipelago, in the centre of the Lesser Antilles, is highly exposed to coastal risks, which are increasing in intensity with sea level rise and climate change. At the same time, the growing concentration of its population and activities along the coast makes the island's economy extremely vulnerable to coastal risks. 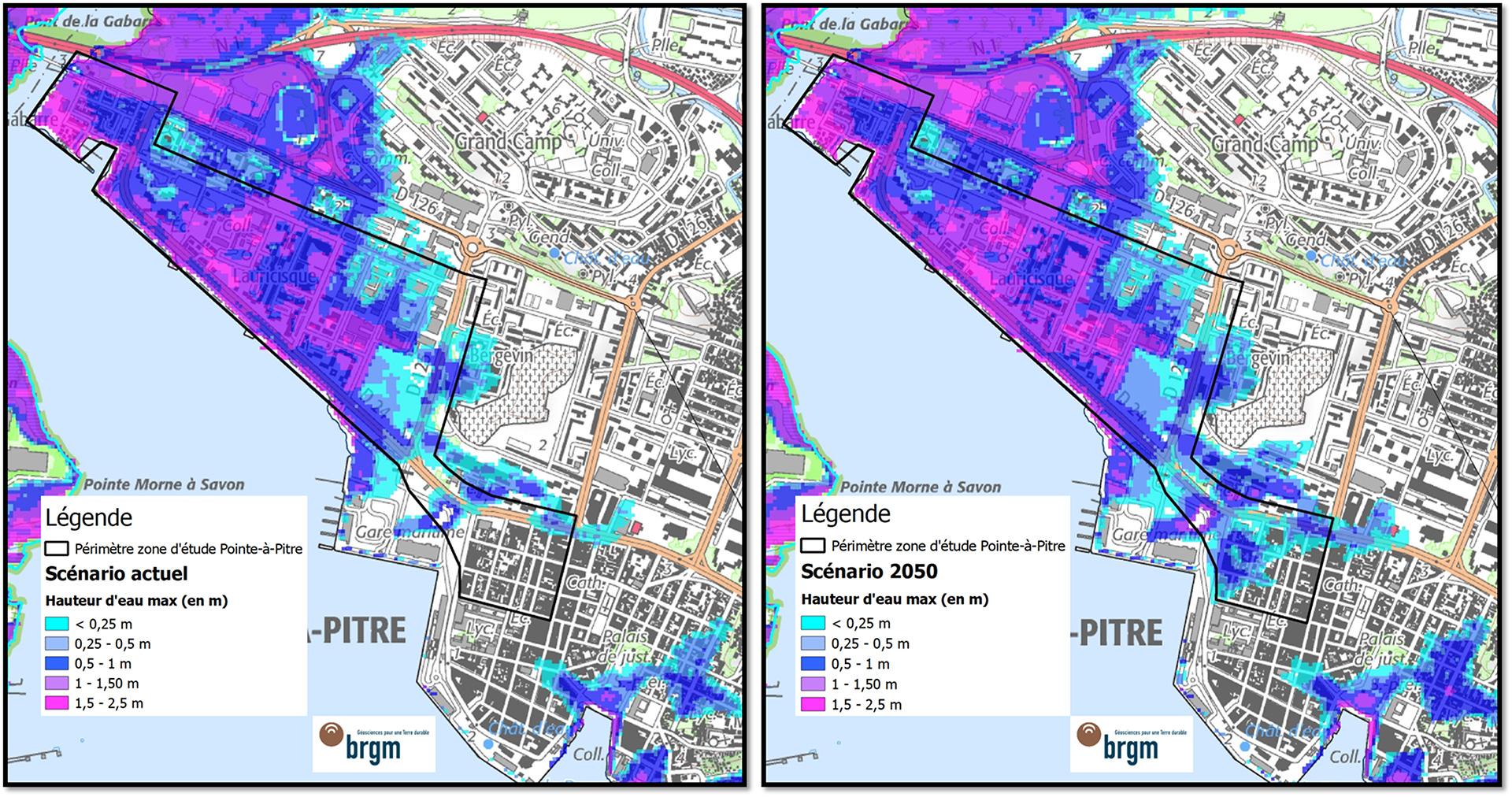 Coastal flooding in the Pointe à Pitre study zone under the current scenario (left) and the scenario for 2050 (right), anticipating a 26 cm rise in sea level (RCP 8.5).

Assessing the costs of inaction in view of worsening coastal risks in Guadeloupe by 2050 is a matter of considerable importance. A particular need is to assess the potential economic impacts of coastal flooding and coastline retreat if no adaptation measures are implemented to lessen their effects. These results should help local decision-makers to choose the most relevant strategies to be implemented to reduce the impacts of coastal risks and improve Guadeloupe's resilience to climate change.

This four-year project is still ongoing, but it has already produced a characterisation of coastal risks and the issues they raise.  Three representative case studies of the coastal problems encountered were selected and the physical impacts of coastline retreat, coastal flooding and sea level rise by 2050 have been assessed for two of the three study sites.

The main advantage of the approach developed lies in its possibilities for combining benchmark scientific functions with a set of socio-economic data that are disaggregated by activity sector and specific to Guadeloupe.  Particular attention was thus given to using local data, either provided by public organisations and adapted to the study needs or directly collected in the field.

Although these are preliminary results, they tend to show, for the first two sites studied, that by 2050, additional sea level rise (+26 cm) due to climate change would, for the physical damage caused by coastal flooding alone, generate additional costs of 16 to 21%. Although this order of magnitude is relatively modest, it reflects the already high  degree of vulnerability to coastal risks of the first two study sites under the current scenario.

The estimations produced show (1) how costs are distributed geographically and by type of issue across the territory and (2) the activity sectors most likely to be affected by coastal risks, given the geographic location of their premises and the value of their assets. 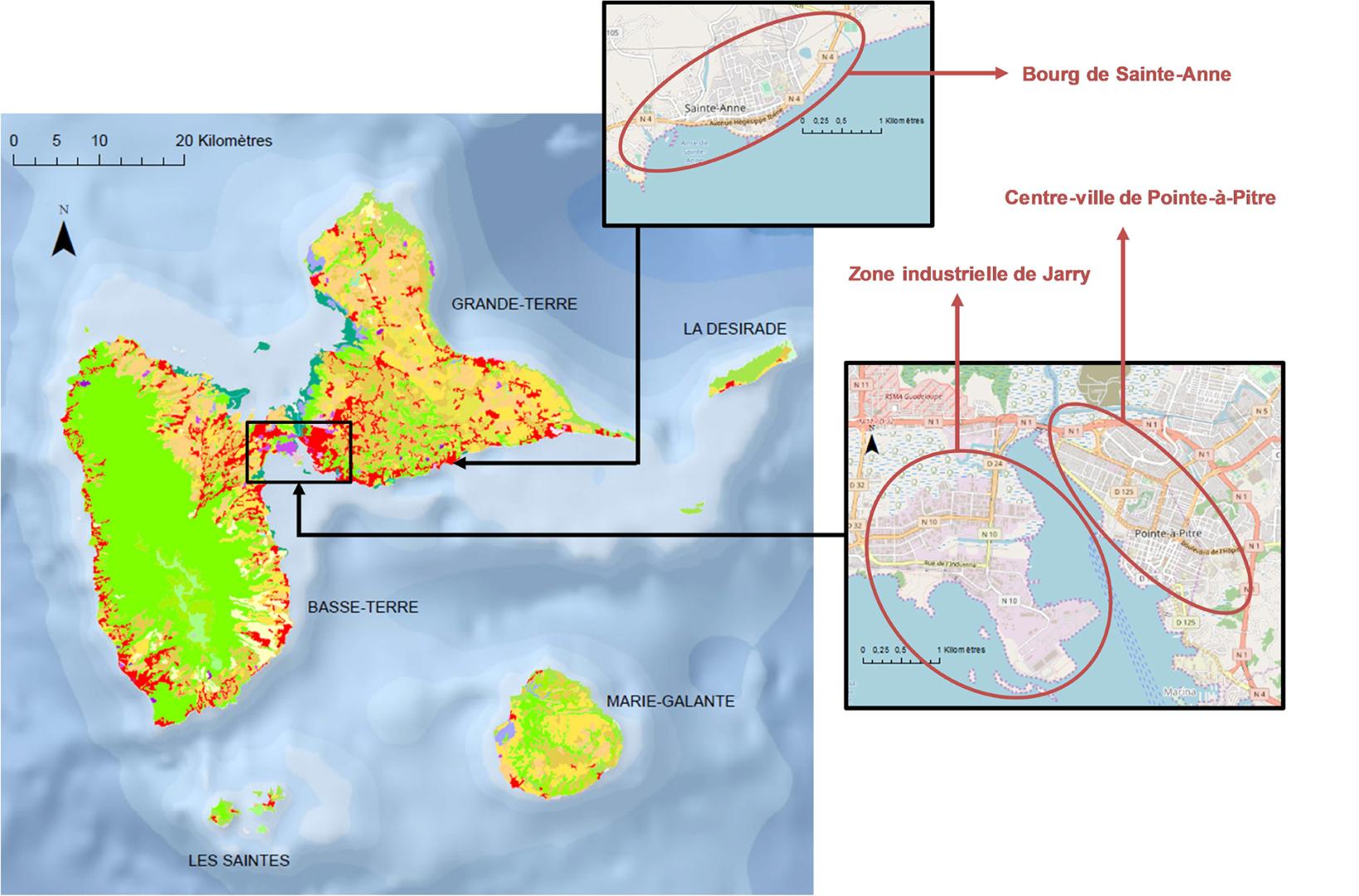 Geographical location of the three case studies in Guadeloupe.

The next study phases will (i) estimate the direct costs of physical damage for the third case study (Sainte-Anne), with a component to assess damage caused by coastline retreat incorporated into the method, (ii) estimate the costs of indirect damage to the population and economic activities (operating losses for businesses, increased supply costs for households, etc.) for all three case studies and, finally, (iii) extrapolate these results to all coastal areas in Guadeloupe to produce an order of magnitude of the costs of inaction by 2050. 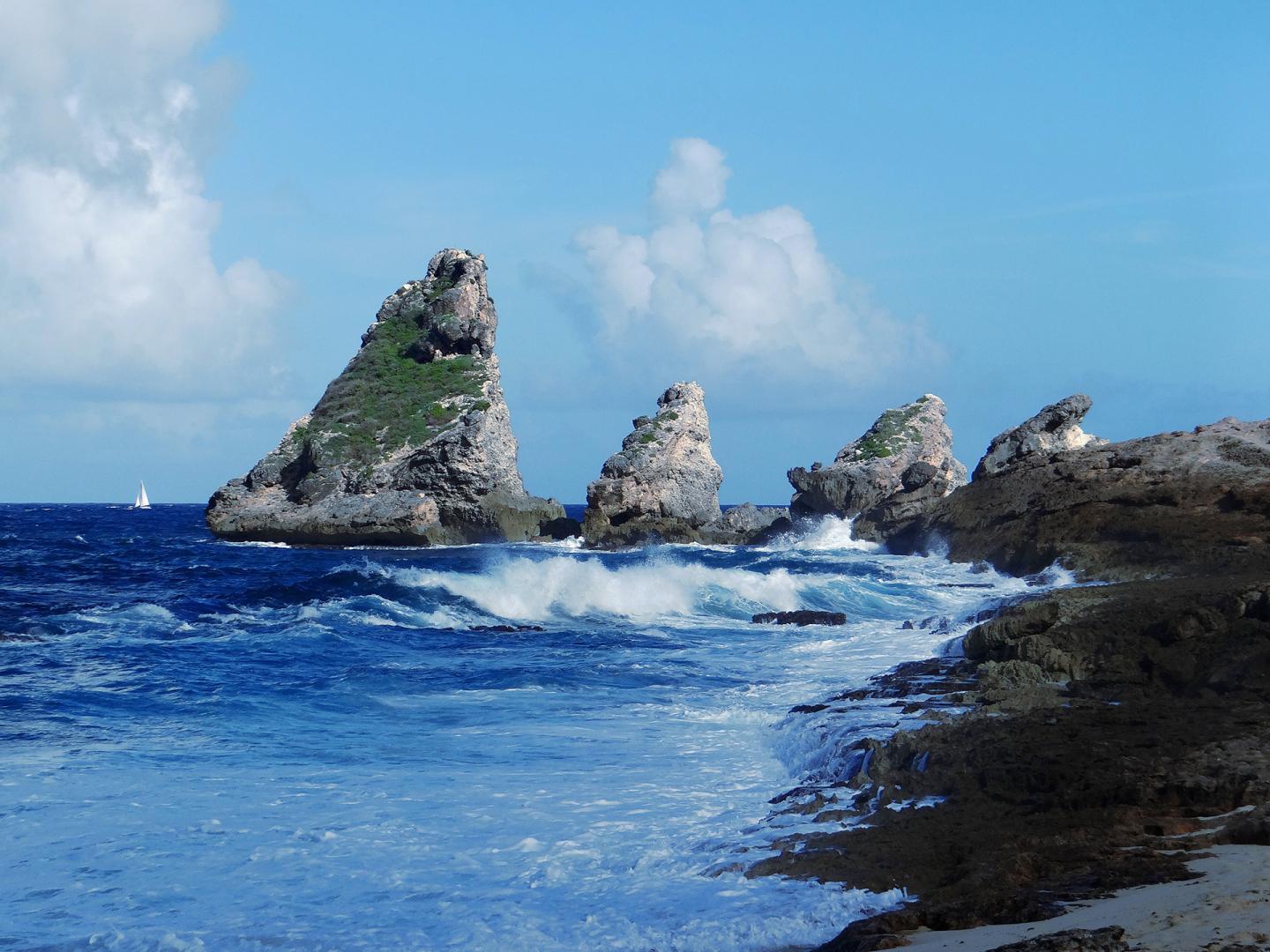 The Regional Energy and Climate Observatory (OREC), which comprises the Guadeloupe Region, the ADEME, the DEAL, Météo-France, EDF, Synergile and Sy.MEG, cites the study in its 2018 Annual Report on Guadeloupe's profile of vulnerability to climate change, to offer a 6-page summary of Guadeloupe's exposure.