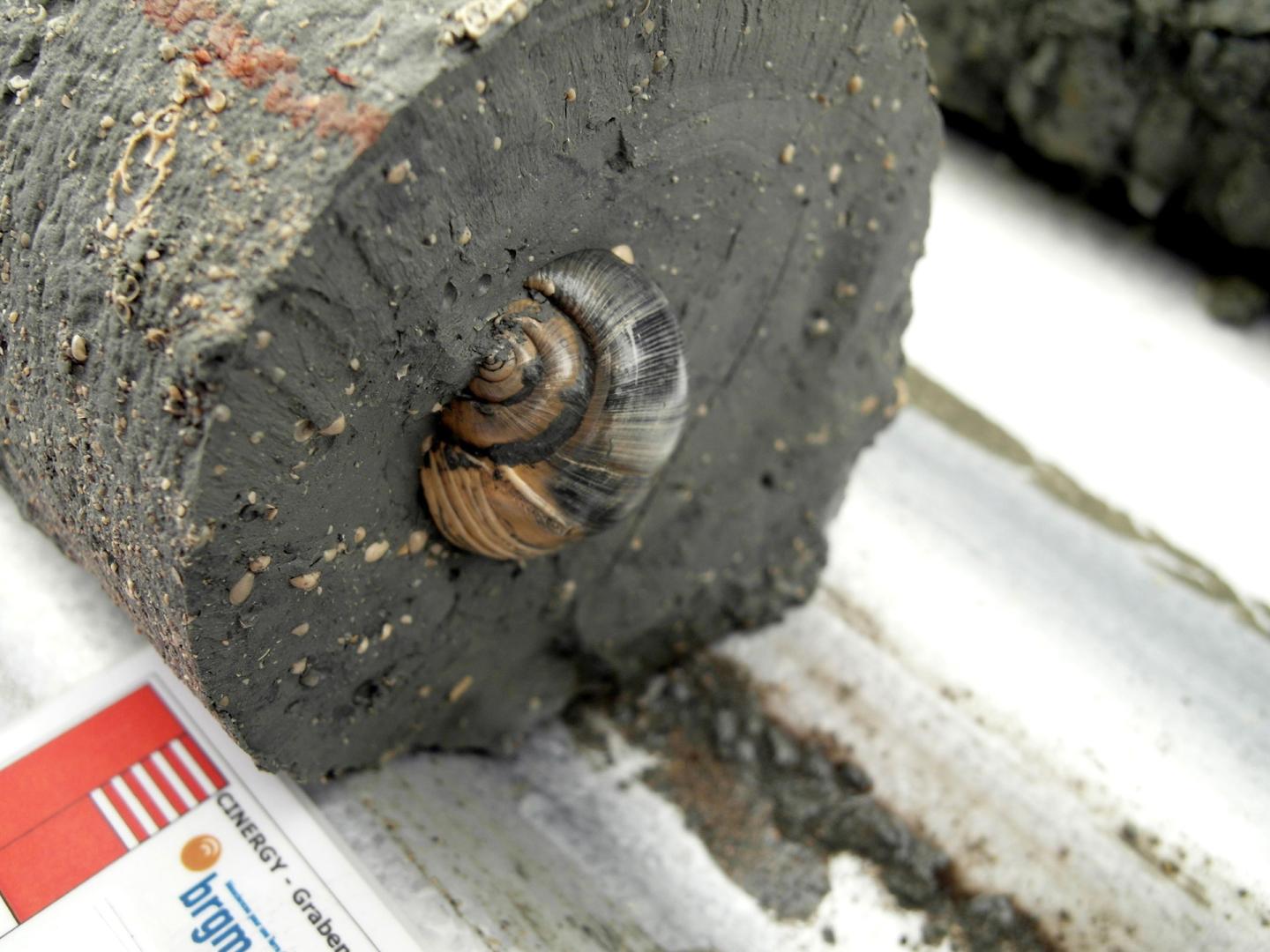 Cinergy: a deep borehole in Brittany

Share
BRGM managed the drilling of the Cinergy borehole from July to September 2010 in Chartres-de-Bretagne (Ille-et-Vilaine).

BRGM managed the drilling of the Cinergy borehole from July to September 2010 in Chartres-de-Bretagne (Ille-et-Vilaine).

There were two objectives behind drilling this 675-metre borehole: firstly, to improve geological knowledge of the Rennes catchment basin, the deepest in the Armorican Massif, and, secondly, to estimate the basin's potential in terms of water resources and geothermal energy production. BRGM was in charge of monitoring the technical and scientific aspects of this project.

We developed a borehole project south of Rennes, because this geological area is distinctive in the Armorican Massif.

It is a sedimentary basin with hundreds of sediments accumulated which, until now, we hadn't identified. The first step of boring is to prepare the platform. Then comes a first phase of very fast boring over 60 metres, which we insulate with tubes and cement, to avoid polluting the superficial table. Then the actual core drilling can begin. Once this phase is over, comes a logging phase. Then comes a new tubing and cementing phase. And at the end, the pumping test, which ends the operation. The location of Chartres-de-Bretagne meets three main criteria. Scientific: We had some knowledge of the geology in this sector. Accessibility: accessible for drilling tools. And property: Chartres-de-Bretagne, as contractor, had to own the land. The first goal of this project is a fundamental scientific one concerning the geological knowledge of the Rennes tertiary basin, where the borehole is. Two other goals come into play which are more specific. Hydrogeology: we're trying to find out what the nature of the land is and its groundwater capacity potential. The third goal concerns geothermics. We're trying to assess the potential, in terms of heat, of this tertiary basin, which is 600-700 metres deep. This demonstrates the role the BRGM can have in supporting the initiatives of various areas via its regional operations. I'm delighted that this can first benefit Brittany. This project is exemplary. After two years of discussion and negotiations, we've created a partnership that's quite exceptional. It includes the State, local authorities, the Brittany Regional Council, the Ille-et-Vilaine department, the Rennes Métropole urban area and also specific agencies, with the Loire-Bretagne water agency, the ADEME, water authorities, such as the Ille-et-Vilaine Joint Water Board and the Vilaine Development Institute. Then there's the strong scientific partnership with Rennes 1 University. All of this with a shared project ownership between Chartres-de-Bretagne and BRGM. We chose to go down to 700 metres, which we had never done in Brittany. We wanted to be certain to cut through all of the sedimentary pile found in this basin. Core-drilling involves putting a drill on a set of rods which we lower. At the end of the assembly, a diamond drill bit abrades the ground. As a result, a cylinder of rock is found in the hollow rods. Every three metres, we bring the core drill back up. When a core sample arrives at the tent of the BRGM, we start by cleaning it. We measure it and then we describe and study it with a magnifying glass or the naked eye. This 3 m long core sample must be stored in a case. We then photograph the case on a special photo stand. Once we've taken the picture, it goes onto a stand in order to scan the core sample. This will be placed on two revolving rollers. An overhead camera then scans, at 360°, the entire rock. Our specific software analyses the image, to give us data on the structure. If we have faults for example, the direction of these faults, etc. Now comes a phase that's more destructive: sampling the rock. This is the last step we do on the site. We sample the parts which we had selected. These samples are placed in plastic bags in a nitrogen atmosphere to avoid oxidation and are stored, for later analysis by the BRGM. Logging is measuring rock parameters with probes lowered in the borehole along a cable.

Parameters measured are: temperature, the rock's natural radioactivity, its porosity, its density. The pumping test involves lowering a pump into the borehole. The speed at which the water level rises in the borehole tells us about the rock's capacity to provide water for a potential future use, such as drinking water supply. The development prospects are numerous. We have already acquired important knowledge of Rennes basin's geology. The scientific development

will be based on theories we will develop with our university partners on geology, hydrogeology, geothermics and also a science which is very little known, that of the development of biomass at great depths. For this reason, Cinergy, this exceptional drilling project, is a unique opportunity for experimentation.