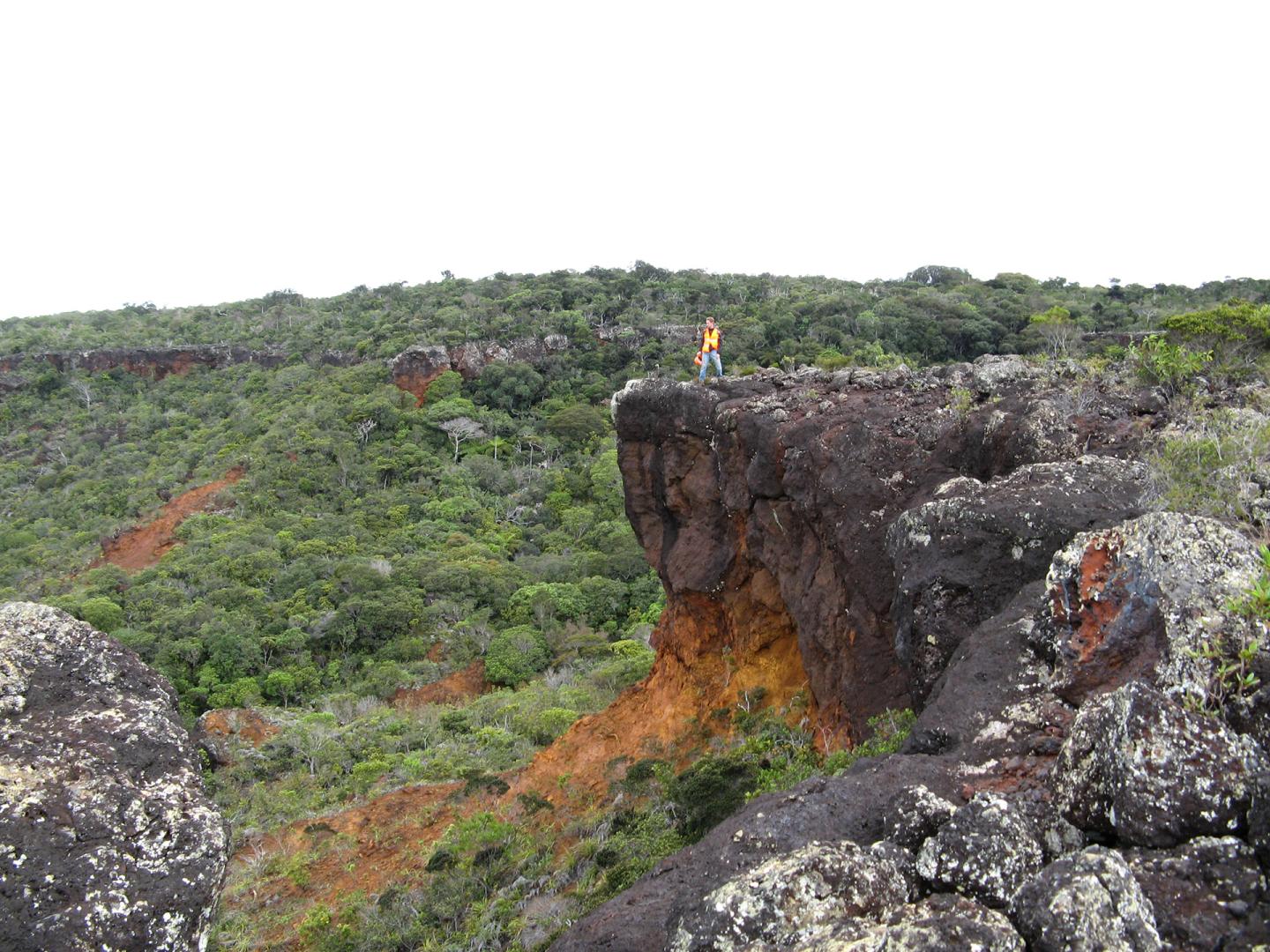 Share
Summary
The BRGM has agencies in all the administrative regions of mainland and overseas France, working to meet the needs of its regional partners and help them deal with specific local challenges. Activities undertaken by the BRGM's New Caledonia agency. 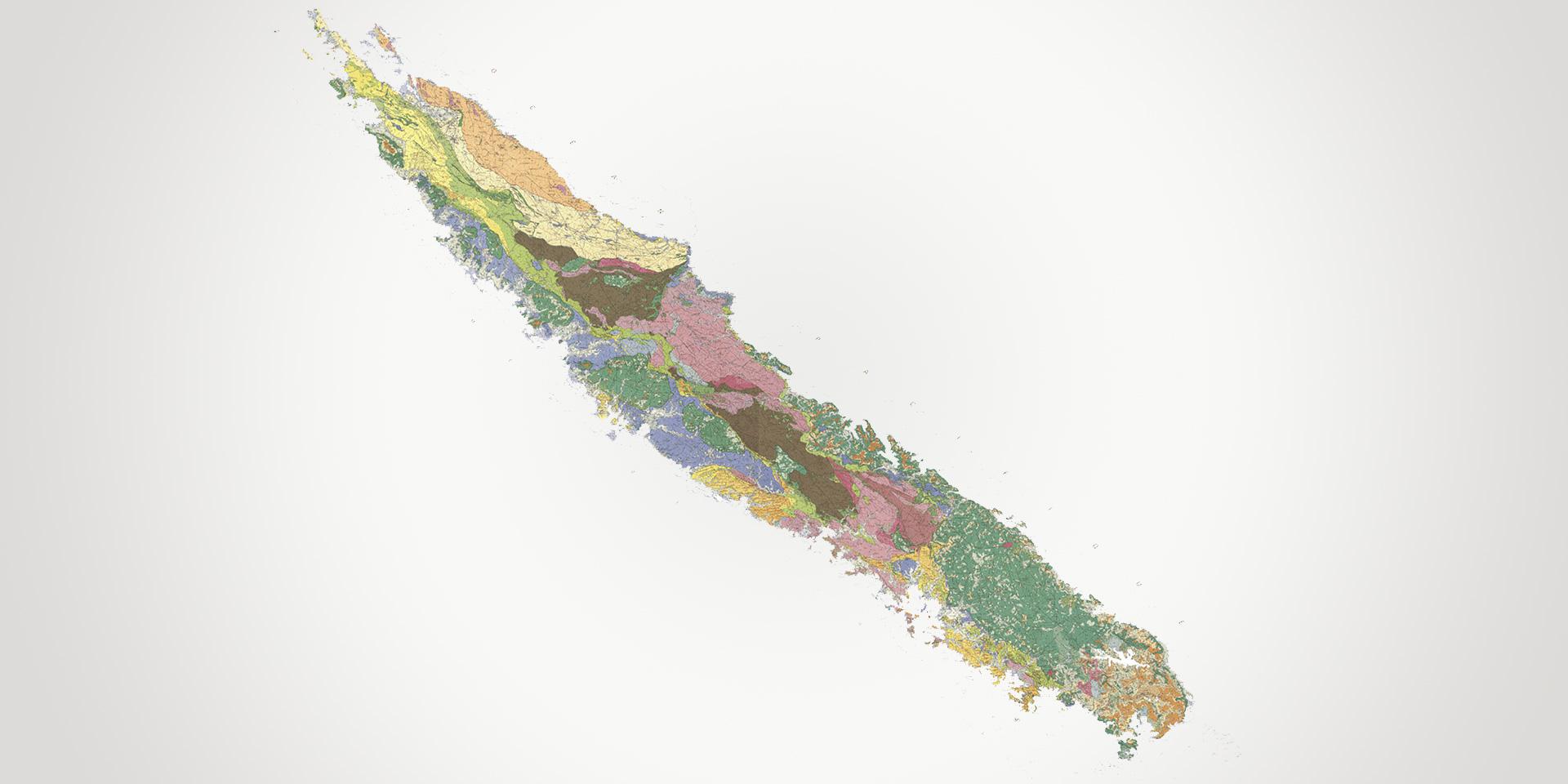 New Caledonia is a French overseas territory (COM) with a specific status established by the 1998 Nouméa agreement, under which the French State is responsible for research in particular.

The 18.575 km2 New Caledonia archipelago covers a maritime area of 1.4 million km in the South Pacific. It includes the island of Grande Terre (400 km by 50 km in width), the four Loyalty Islands (Ouvéa, Lifou, Tiga and Maré), the Belep islands, the île des Pins and a number of remote islets. New Caledonia has a population of 269.000.

"Grande Terre" island is on the Norfolk Ridge, which extends from the Surprise atoll to the northern tip of New Zealand. The ridge is a relic of a land mass that became detached from the supercontinent of Gondwana in the late Cretaceous, some 85 million years ago. Uplift of the formations making up the ocean crust, some 34 million years ago by a process known as obduction, produced the metamorphic rock outcrops found in the north of Grande-Terre, and also the thrust-triggered emplacement of peridotite mantle rock, which now forms large masses along the Norfolk ridge. These peridotites were subsequently exposed to weathering, causing them to fragment and erode. During the weathering phase, leaching of the olivine (the main constituent of these peridotites) removed large amounts of magnesium and silica and increased concentrations of residual elements in the weathering profile, such as iron, chromium and nickel. These high metal concentrations account for the high extractable mineral potential of the deposits in these massifs, and are the reason for New Caledonia’s substantial mining activity.

The BRGM has been active in New Caledonia since its creation in 1959, working in all fields of the geosciences and especially on mineral resources, natural risks, groundwater protection and management, environmental issues and spatial planning. As well as pursuing its own research and development activities, it has worked in partnership since 2006 with New Caledonia’s Department for Industry, Mining and Energy (DIMENC). Its offices in Nouméa are in the premises of the New Caledonia Geological Survey (SGNC), a department of the DIMENC, with which it shares its experience as a national geological survey organisation as well as operational support in the fundamental topic areas of natural risks and resources, planning and environmental issues.

The BRGM's assistance in New Caledonia is delivered through its department for industry, mining and energy (DIMENC) and its geological survey organisation (SGNC), but also through its department for veterinary, food and rural affairs (DAVAR) in the area of water, and other departments according to need. The BRGM may also provide support to the State and to New Caledonia’s municipalities and provinces. Finally, it may also undertake specialised expert studies and research programmes with industrial operators (such as the Vale NC, Eramet-SLN and KNS mining companies) and supports the development of mining activities through its contributions to the CNRT (National Centre for Technological Research) on "Nickel and its environment".

The BRGM’s New Caledonia agency is a member of the CRESICA consortium for research, higher education and innovation in New Caledonia. Research organisations in New Caledonia have expressed a wish for better coordination of their training, research and innovation activities in order to optimise their interactions with political decision-makers, public institutions, economic players and civil society.

The BRGM's New Caledonia agency can potentially provide support to the Wallis and Futuna islands and provides its expertise if required to other countries in the region. 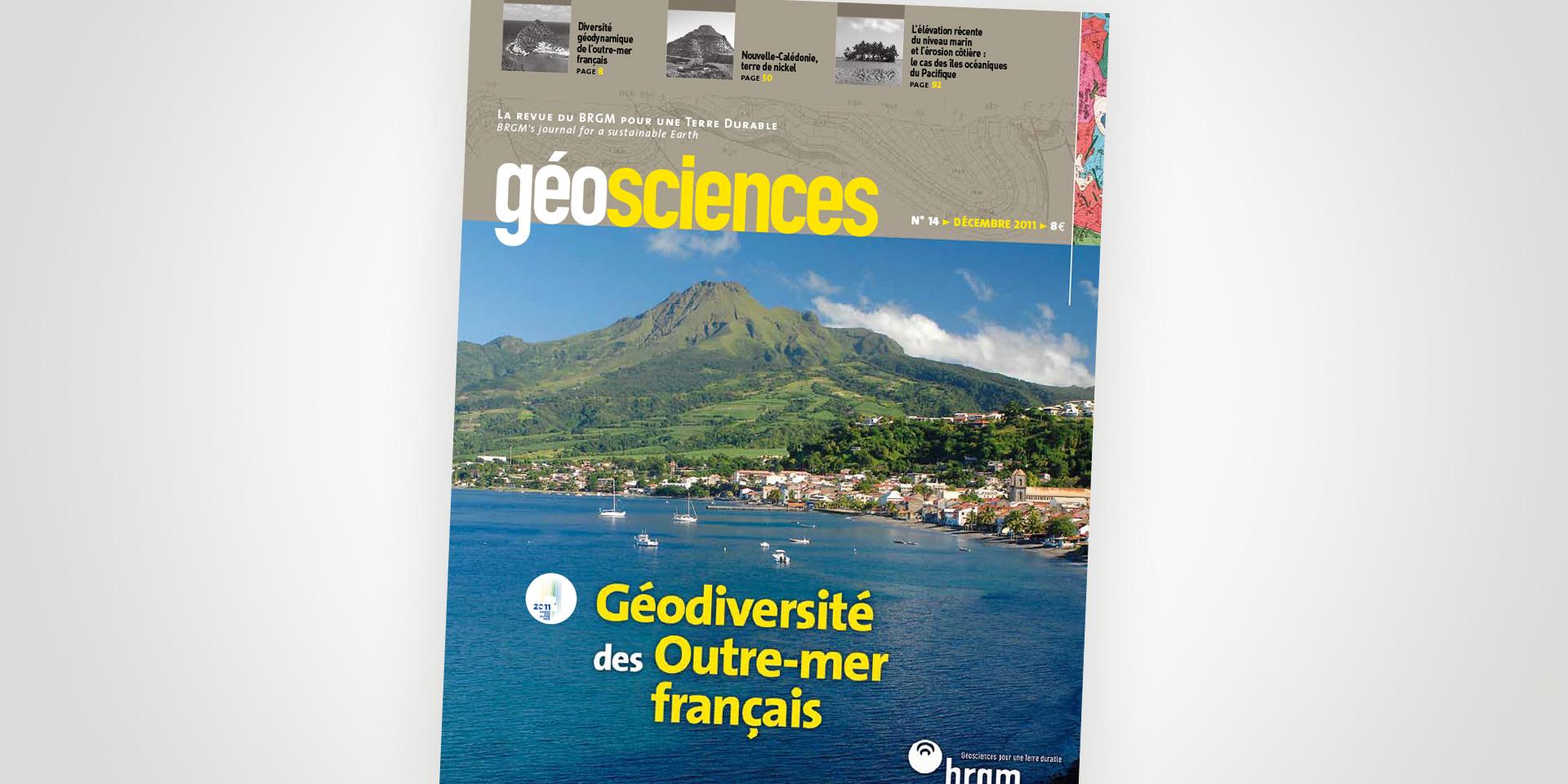 Journal
Geosciences No. 14: The geodiversity of overseas France 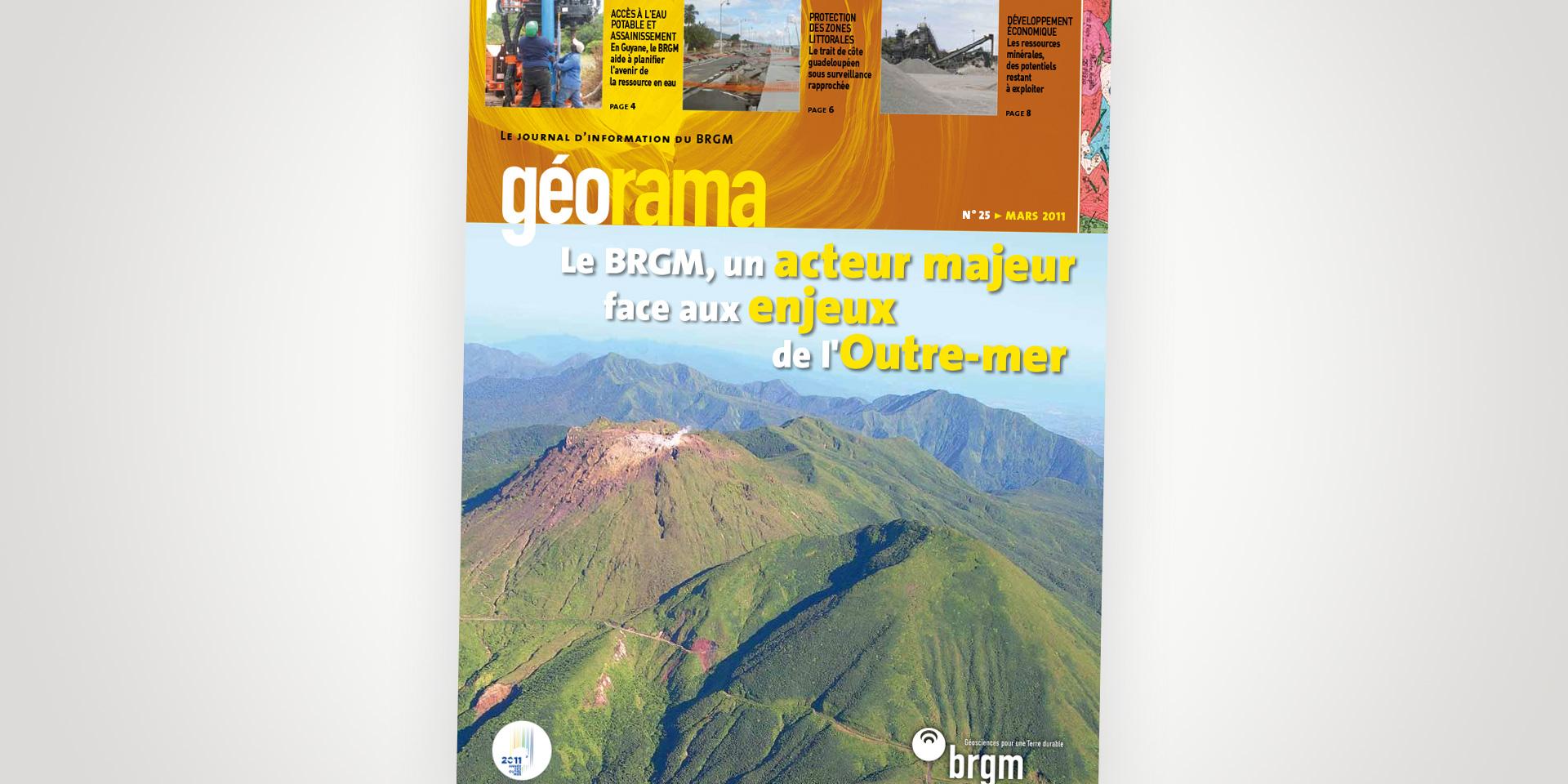 Magazine
Géorama No. 25: BRGM, actively involved in responding to the challenges in French Overseas Territories
All the news in the region 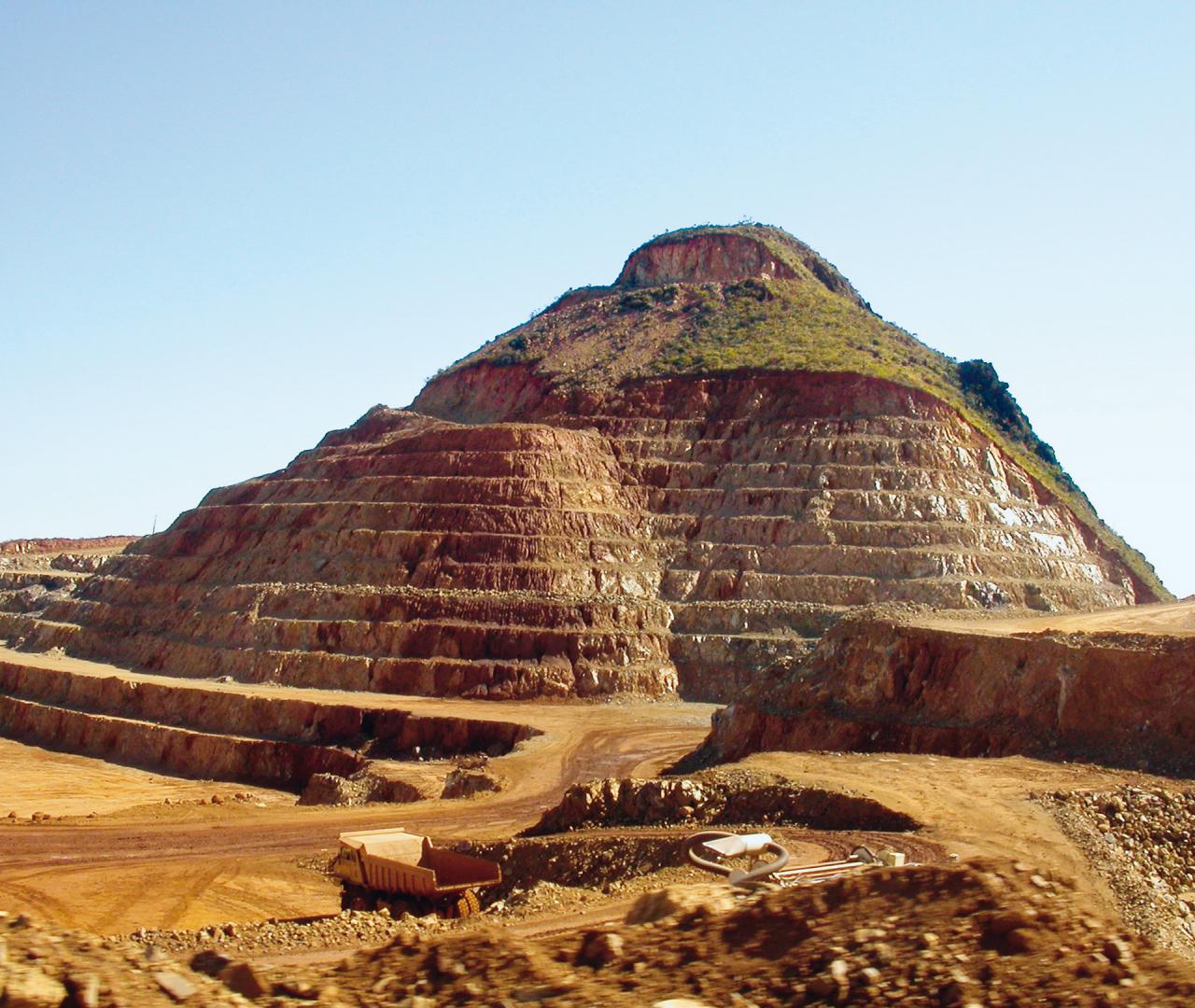 Mineral resources and the circular economy: New Caledonia and its nickel depositsl

New Caledonia’s estimated nickel reserves are the second largest in the world (11%), after Australia’s (23%). Three nickel mines are currently operating, SLN and Vale in the south and KNS in the north. Nickel, whether the ore is processed locally or exported to industrialised countries, accounts for 9 tenths of New Caledonia’s exports.

The BRGM's activities in New Caledonia are therefore historically associated with mining, and they continue today through numerous R&D projects conducted under programmes piloted by CNRT Nickel.

The BRGM is a member of CNRT Nickel, whose founding agreement was signed on 12 October 2007 and renewed for five years in 2018. CNRT Nickel is a Public Interest Group (GIP 2008) whose members - the French State, local government authorities, research organisations and professional organisations in the mining and metallurgy sectors - undertake fundamental and applied research on nickel and its environment.

The aim of the group is to promote the extraction of mineral resources, especially nickel, with a view to sustainable development. "CNRT Nickel" has thus become a tool for operational support for fundamental and applied research in three interconnected topic areas: Nickel and Technology, Nickel and Society, Nickel and the Natural Environment. 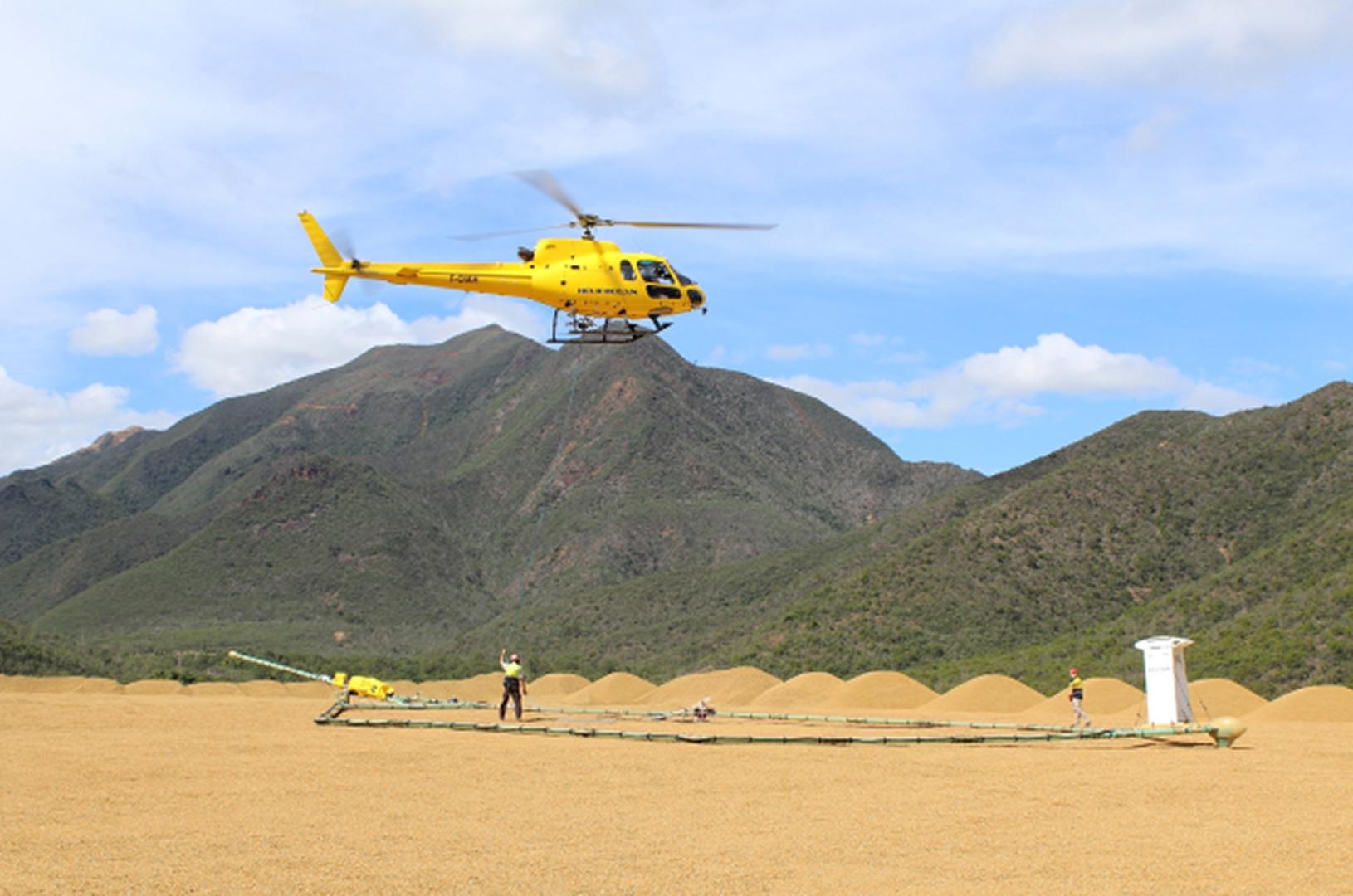 A helicopter takes off during the New Caledonia geophysical survey.

Geology and knowledge of the surbsurface: the geological reference base, economic and societal challenges

The knowledge in the geological reference base is of great importance to the economy and society. To the economy, because users can find data on an area’s natural mineral resources; to society because it defines the geomorphology and weathering conditions of the surface formations that are involved in ground movement risks.

The BRGM calls on several of its areas of competence to meet the challenges that arise for New Caledonia’s mining sector as regards the management of resources, liabilities and natural risks. These are built on the BRGM’s historic topic areas: 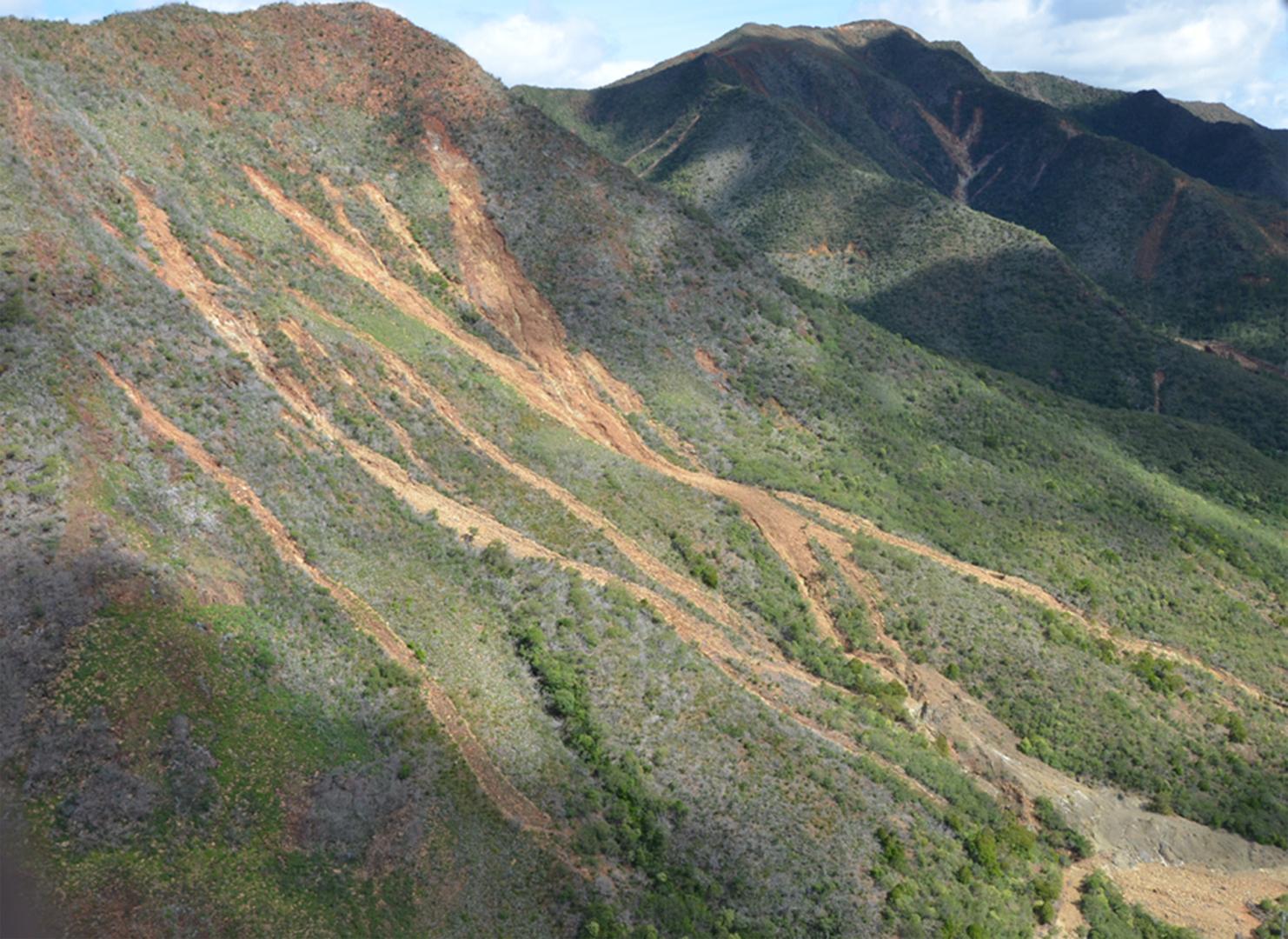 Scarring from the November 2016 landslide and mud slips in Houailou municipality (New Caledonia).

Natural risks have become an acute concern in New Caledonia since the catastrophic landslides that hit the municipality of Houailou in 2016.

These activities paved the way for the launch, in 2018, of a multi-annual agreement (5 years) for the production of 15 maps of ground movement hazards on the municipal scale. 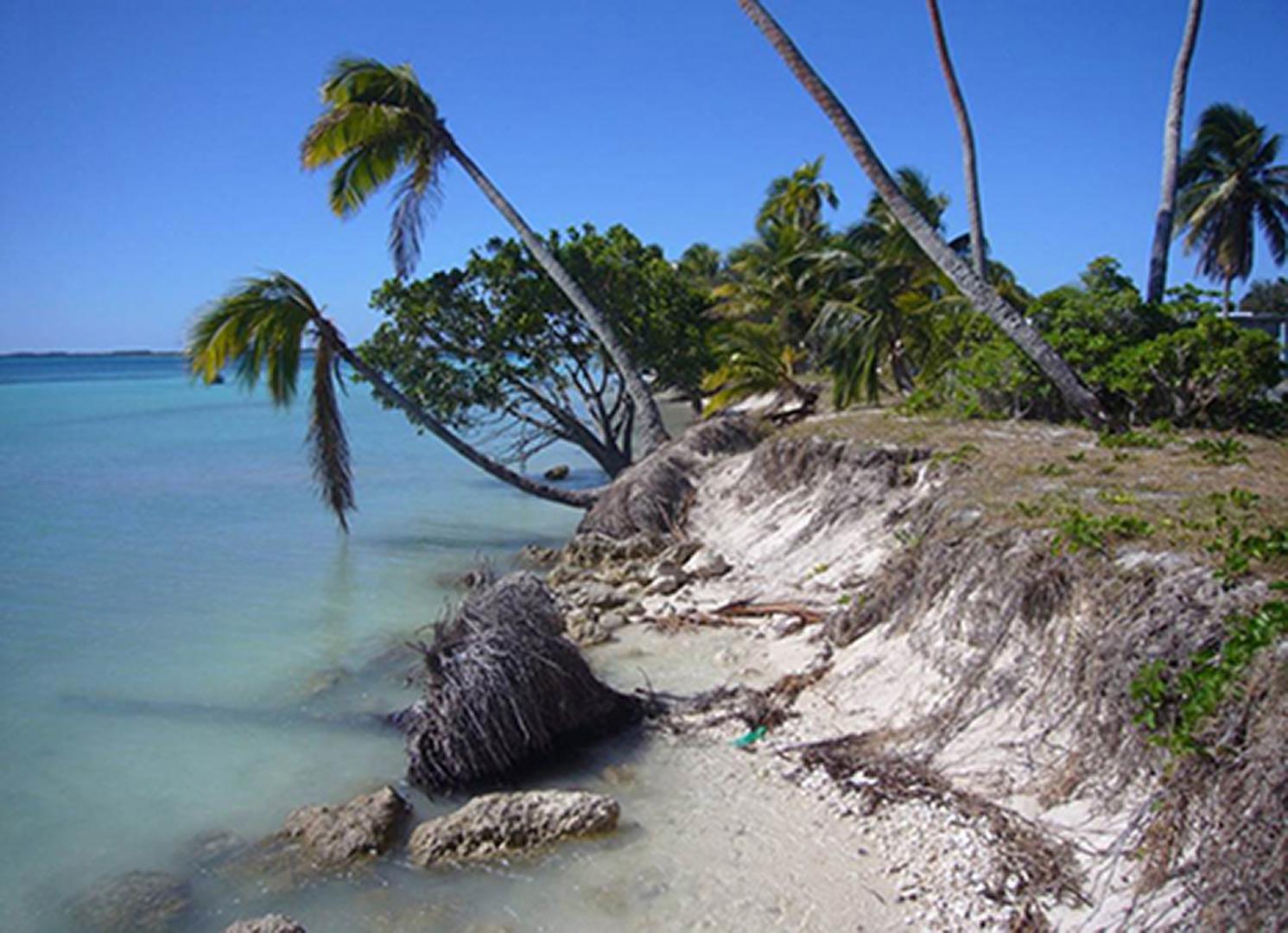 New Caledonia’s coastal systems in the context of its industrial activities raise important issues. Monitoring of mining activities, post-mining remediation and observations of phenomena occurring in situ are central to research projects that are of key importance for New Caledonia as a whole.

The BRGM is involved in the New Caledonia Coastal Observatory (OBLIC) through the work of its experts, including regular field missions undertaken by its experts from Orléans.

Generally speaking, projects relating to the environment topic area have been undertaken for over ten years, for example: 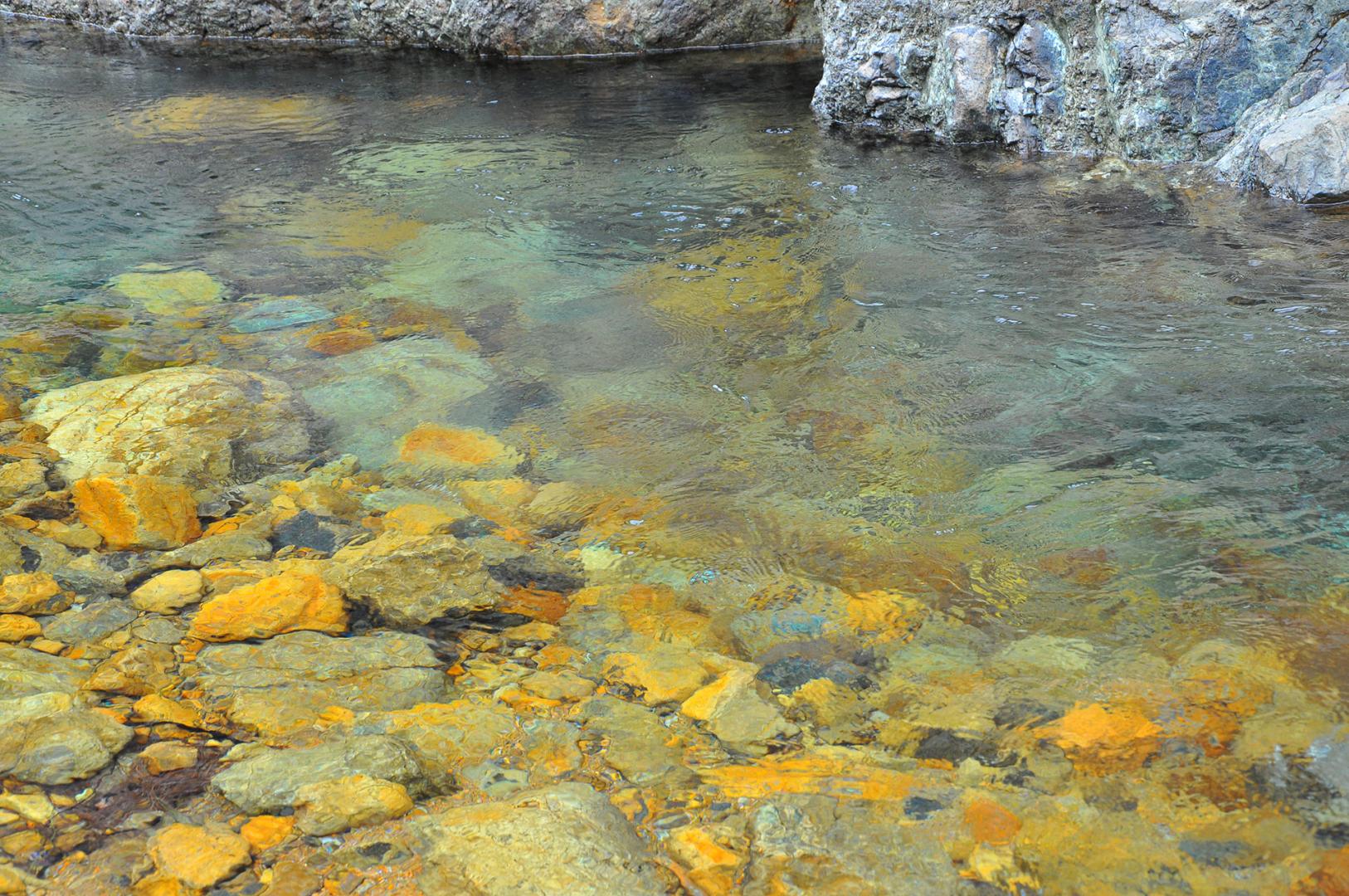 Sources in contact with the serpentine sole (New Caledonia, 2017).

New Caledonia’s geological context means that its aquifers form a complex system within formations that are of limited extent, low permeability and low productivity in comparison with large sedimentary formations such as those in the Paris Basin. They are nevertheless of critical importance, hence the development of a reference database similar to BDLISA for mainland France. The main groundwater reserves used to supply drinking water are also the main mineral deposits. Groundwater reserves are resources that need to be protected from over-abstraction and pollution, the main aim being to improve water quality, especially for human consumption, by protecting abstraction points from diffuse and industrial pollution.

Adapting to climate change to meet different water uses (drinking water, irrigation and industry) is another important issue for the Loyalty Islands.

Use conflicts over subterranean environments between demands for drinking water, irrigation and industrial uses are set to become a critical issue in the years to come.

Defining a reference database on groundwater is an important step towards developing a framework for integrated groundwater management projects for New Caledonia as a whole. This topic is being addressed by BRGM teams involving hydrogeologists from the BRGM’s scientific centre in Orléans as well as its regional divisions in mainland France.

Concerning water and the management of use conflicts, the BRGM provides support to New Caledonia’s government departments as well as those of the High Commission in seeking additional or shared water resources. These efforts also involve research activities in the fields of water and mineral resources (HYPERK-CNRT studies).

Examples of BRGM studies on water in New Caledonia 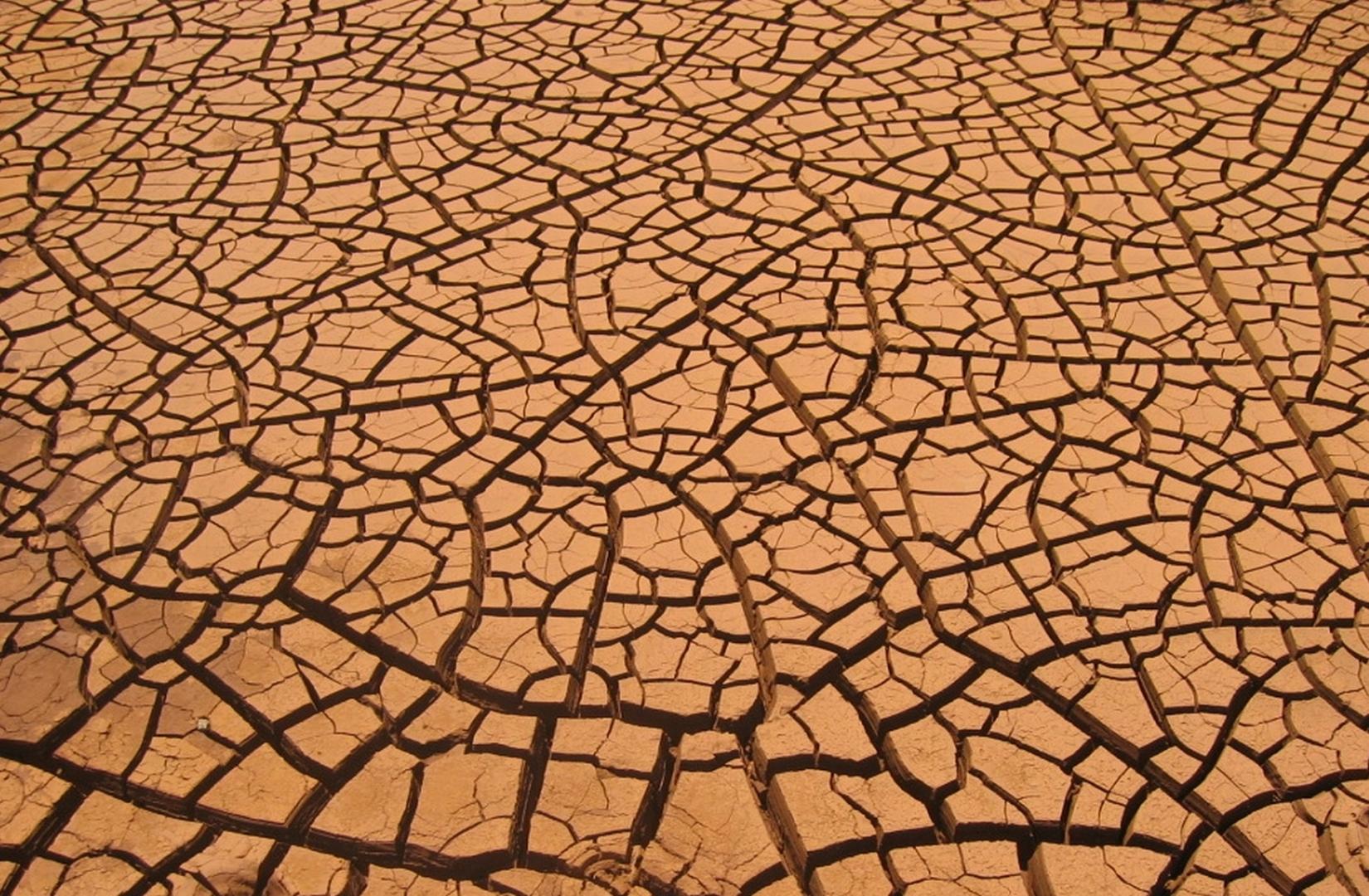