Tsunami risk: characterisation of the impact of seismic tsunamis on the coastline of the Alpes-Maritimes département

Share
BRGM provides its scientific expertise to the Alpes-Maritimes Prefecture for its Earthquake Plan, and in particular to enable it to take steps to prevent and mitigate tsunami-related risks. BRGM has thus made an initial map of areas that may be flooded and of the vulnerability of buildings along the entire Alpes-Maritimes coastline by numerically modelling the generation of tsunamis according to significant earthquake scenarios. 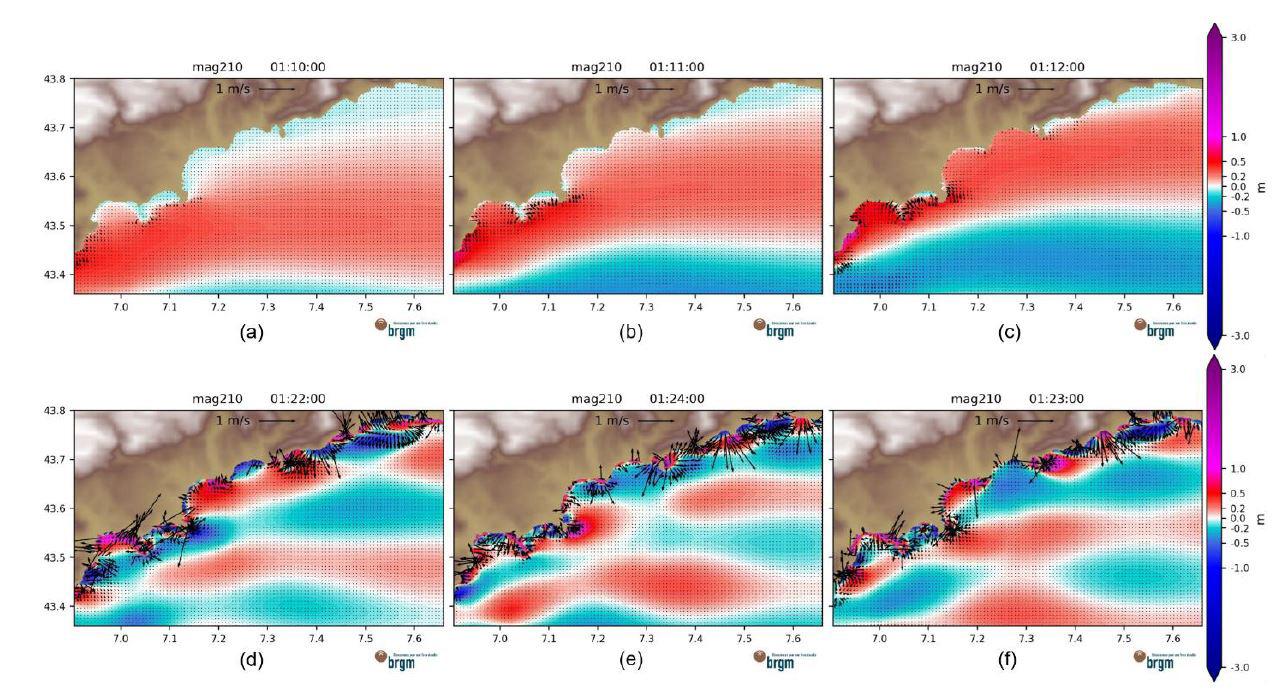 Simulation of the propagation of a tsunami off the coast of the Alpes-Maritimes département .

Following research on tsunamis in the Mediterranean, the Alpes-Maritime Departmental Authority for Inland and Marine Areas (DDTM06) asked BRGM to model the most significant tsunami events for its entire coastline between Mandelieu-la-Napoule and Menton. The aim of the study was to identify the impact of tsunamis on the coastline and housing for two sources of earthquake tsunamis, based on the most severe hypotheses.  The two seismic sources taken into account are the ones that seem most likely, based on historical analyses: a fault in the Ligurian Sea (responsible for the 1887 earthquake) and a fault to the north of the Maghreb margin (which caused the Boumerdes earthquake in 2003).

The simulations determined the maximum water levels close to the shore, as well as the arrival times over the entire Alpes-Maritimes coastline (with a spatial resolution of 100 m):

These simulations also made it possible to identify the scenarios with the biggest impact, by source type: 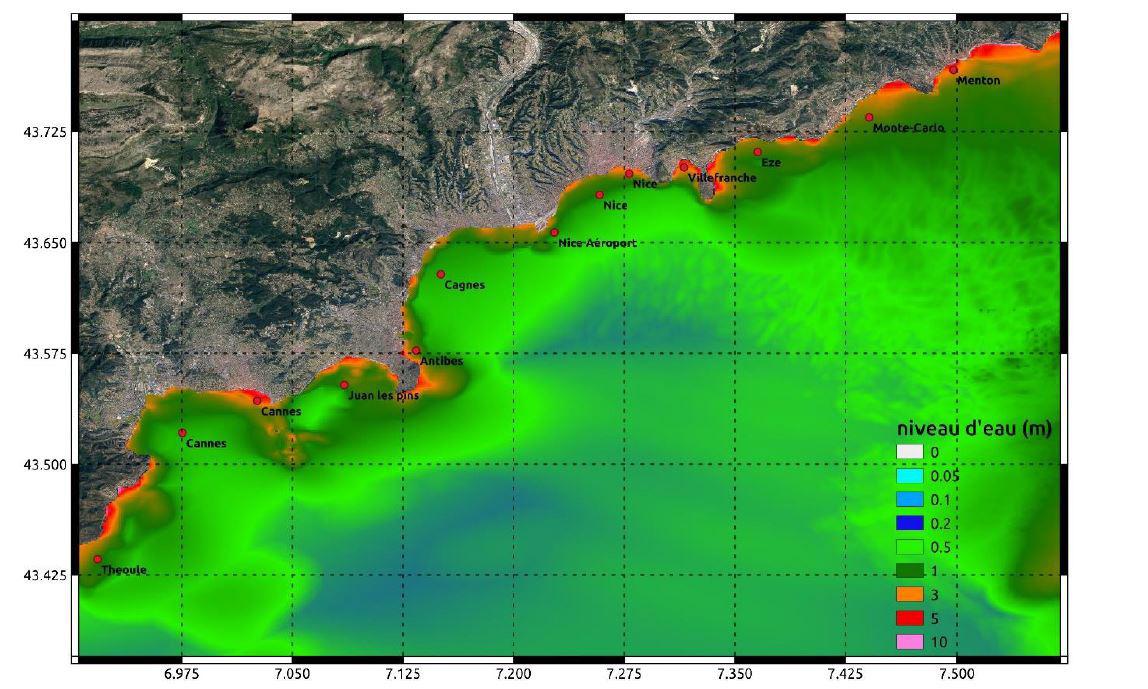 Maximum water level rise by aggregation of all simulated scenarios.

The resulting map of flooded areas indicates that the airports of Cannes-Mandelieu and Nice Côte d'Azur are likely to be flooded to a greater or lesser extent. In addition, several sea fronts would potentially be flooded, with water heights exceeding 2 m and spreading inland over several hundred metres (e.g.: Cannes, Golfe-Juan, Antibes and Menton). Many harbours near these places would also be exposed to flooding.

The vulnerability of buildings to tsunami flooding is determined using a matrix based on different ranges of water heights on land, weighted by the distance of the building from the coastline, to qualify the level of exposure as low, moderate, high or very high. The study shows that 6,351 coastal buildings would potentially be exposed to seismic tsunami flooding, of which more than a third would be at very high risk.

The results of the study have been integrated into the ORSEC earthquake and tsunami plans of the Alpes-Maritimes Prefecture.