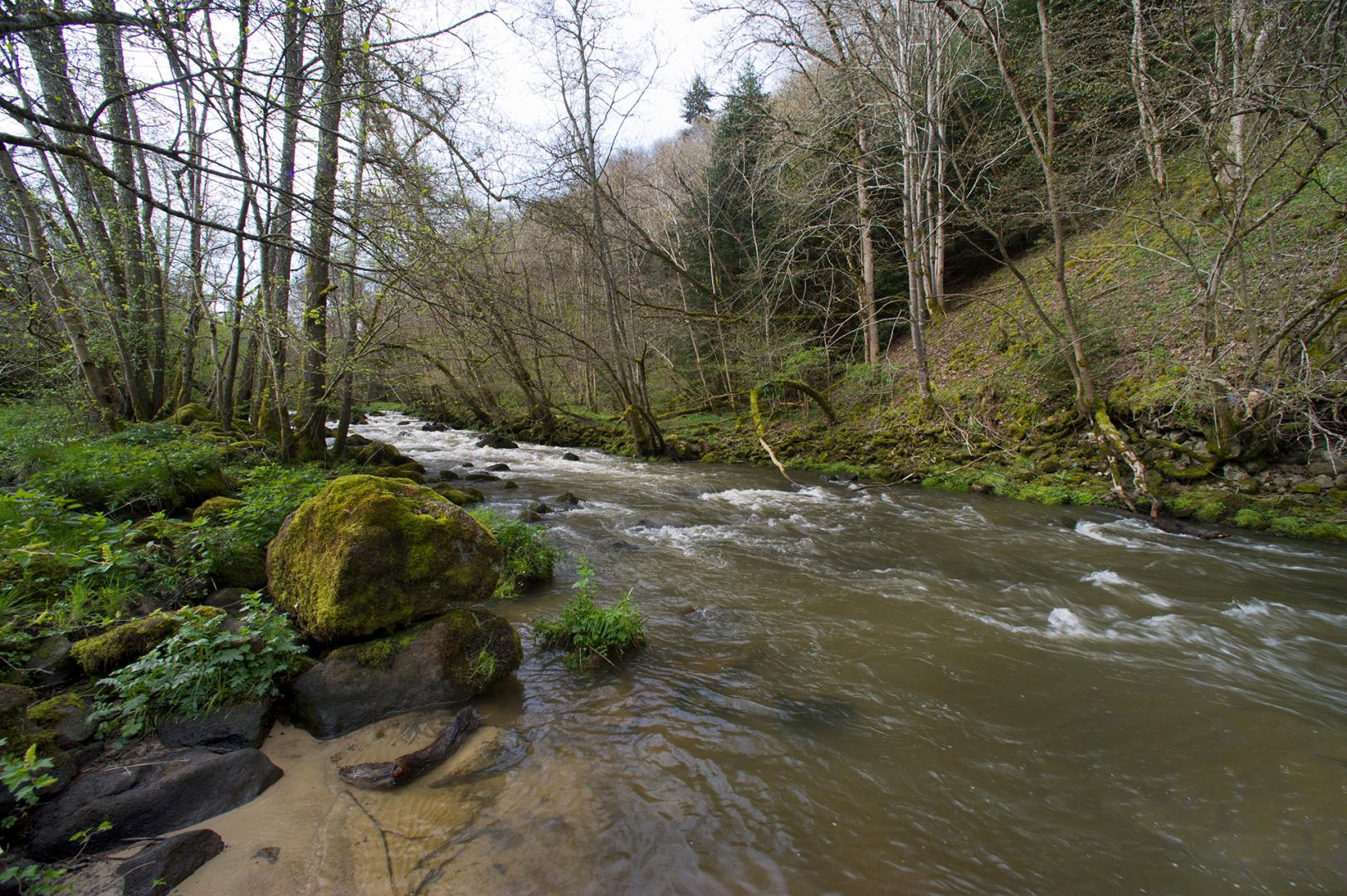 Share
In order to guarantee the production of drinking water, a medium- and long-term vision of potential climate change and its impact on water resources is required, given the vulnerability of surface water resources to episodes of drought. To address this issue in the southern part of the Manche département, BRGM carried out a study to assess the impact of climate change on the flow rates of the Normandy rivers in the Bay of Mont-Saint-Michel, which are used for drinking water production. 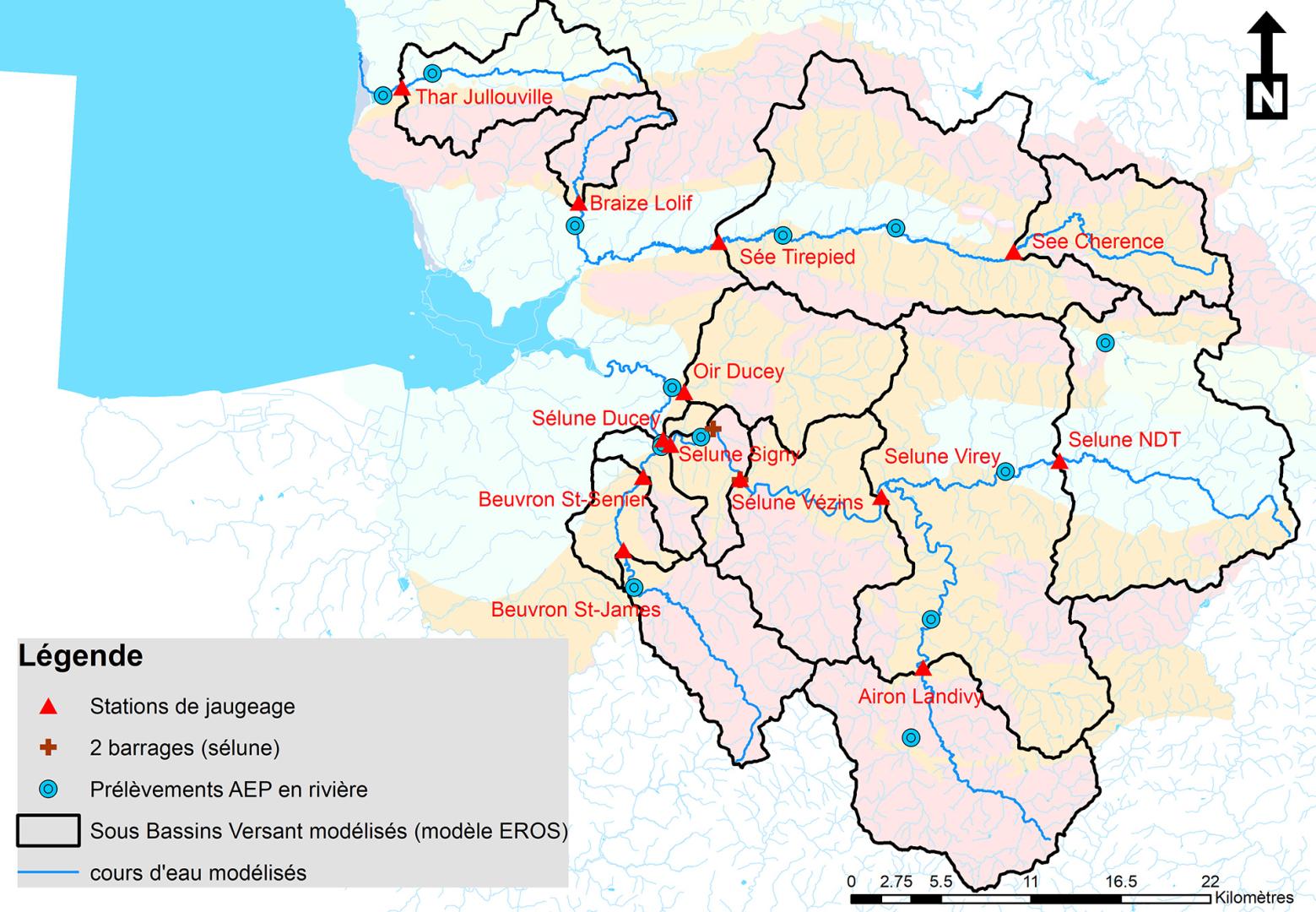 General map of the Normandy rivers in the Bay of Mont Saint Michel and the secondary catchment basins, modelled using EROS software and shown on a geological map.

In the Manche département, a series of severe low-water levels followed by summer and winter droughts has highlighted the scarcity of a number of resources (mainly in the bedrock). This is important, since nearly 40% of the population in the Manche (mainly the conurbations and the southern part of the département), rely on surface water catchments for their drinking water. A medium- and long-term vision of potential climate change and its impact on water resources is required, in view of the vulnerability of surface water resources to periods of drought. This knowledge enables the authorities to plan for future drought episodes and to develop adaptation strategies that can be integrated with the management of the region and its water resources. In the light of this situation, the Manche departmental water board (SDEAU 50) asked BRGM to conduct a review of the summer and winter droughts of the past few years and to assess the probability of such situations recurring through to the year 2050. 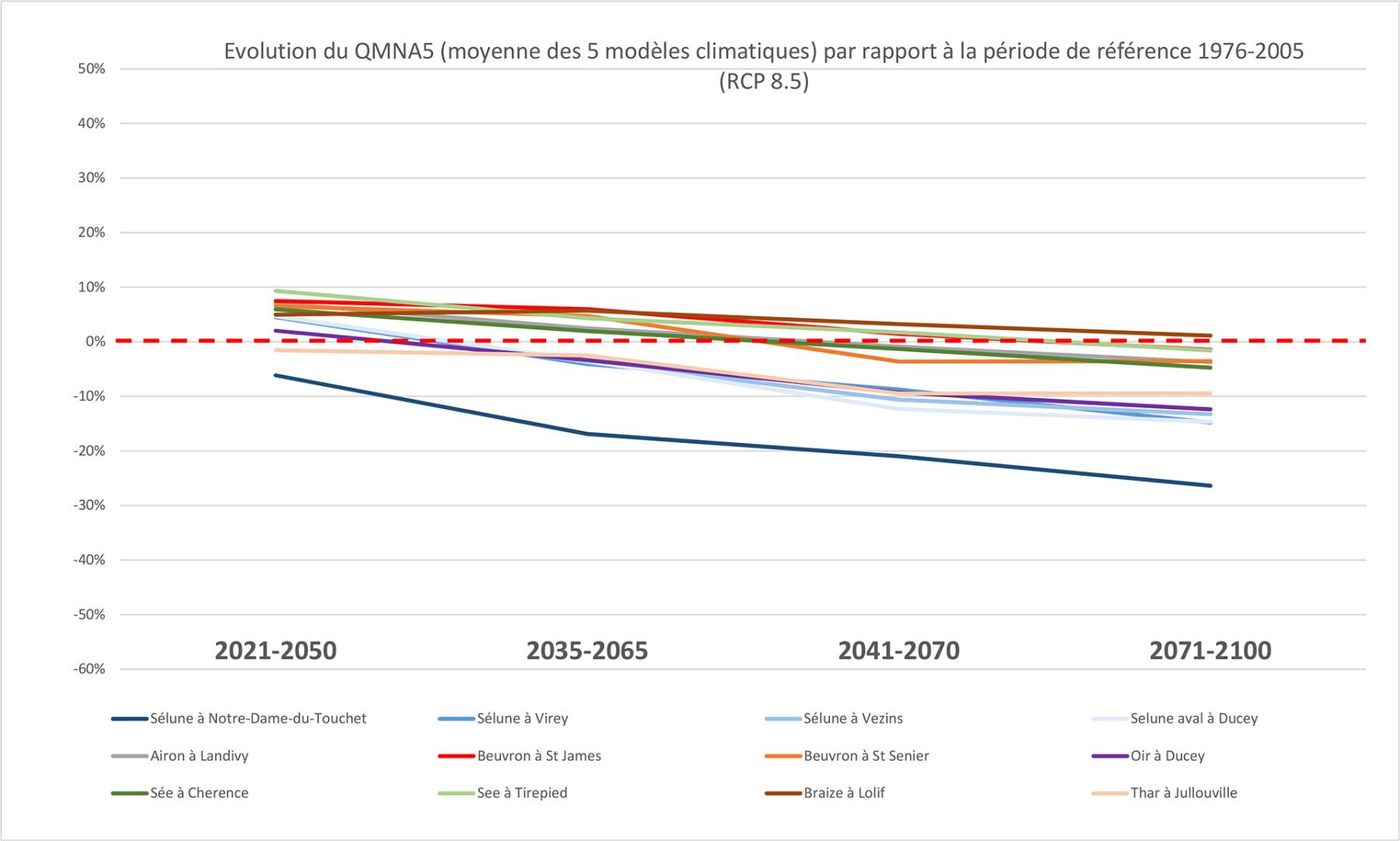 Average changes in the minimum monthly flow in each calendar year with a 20% probability (referred to as the QMNA) of the 12 river clusters simulated by the EROS model, with the five climate models and the RCP 8.5 scenario as input data.

BRGM has implemented a hydrogeological model for the study area using the BRGM EROS software. The model is of the "global" or "reservoir" semi-spatialised type, making it possible to simulate groundwater levels and river flows, while making a distinction between secondary catchment basins. Based on the period between 1994 and 2020, the model revealed strong disparities in the way the rivers functioned, in terms of the support provided by groundwater during low-water periods. The study used climate projections that precisely reflect conditions in Normandy to force global models and analyse their impacts on river flows between now and 2050. Ultimately, 10 flow forecast scenarios were considered for each of the 12 river clusters modelled.

An initial global analysis of results highlighted a number of key emerging trends for the various rivers (with varying levels of intensity for each one):

Estimates were also carried out concerning drinking water production shortages (based on the number of days) between now and 2050.

These studies have provided SDEAU50 with the data necessary to plan for possible water shortages by 2050, concerning the surface water resources of the southern part of the Manche and if necessary, to consider possible adaptation measures and plan for the corresponding investments. 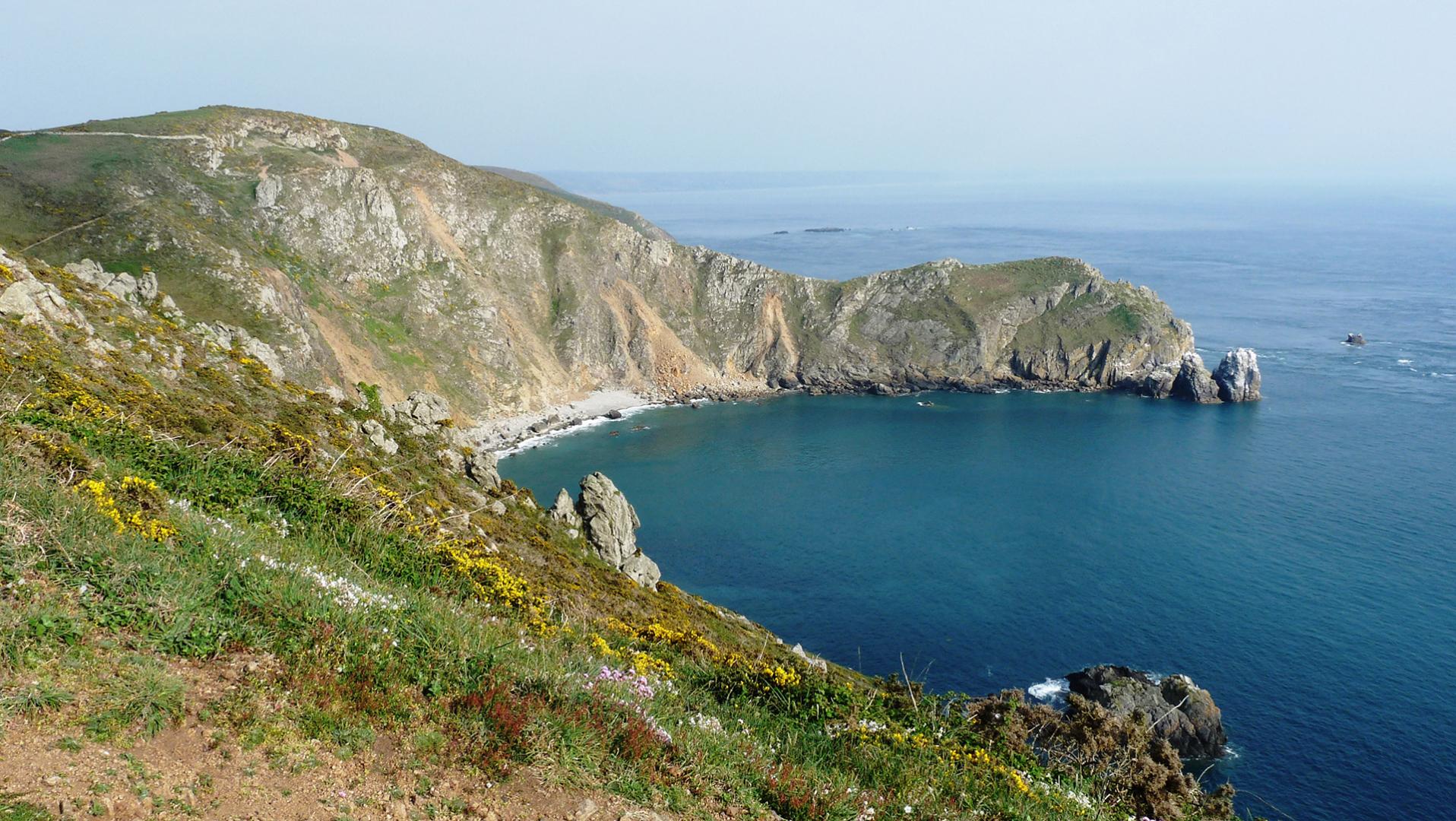 In the light of climate change and the increasingly frequent periods of drought, we need to plan for a potential shortage of drinking water in the years to come. Thanks to the study conducted by BRGM, we will be able to put in place strategies to maintain water levels in rivers and prevent them from drying up. We plan to continue this successful collaboration in the northern part of the Manche. In this way, we will have effective water resource management measures in place across the region.