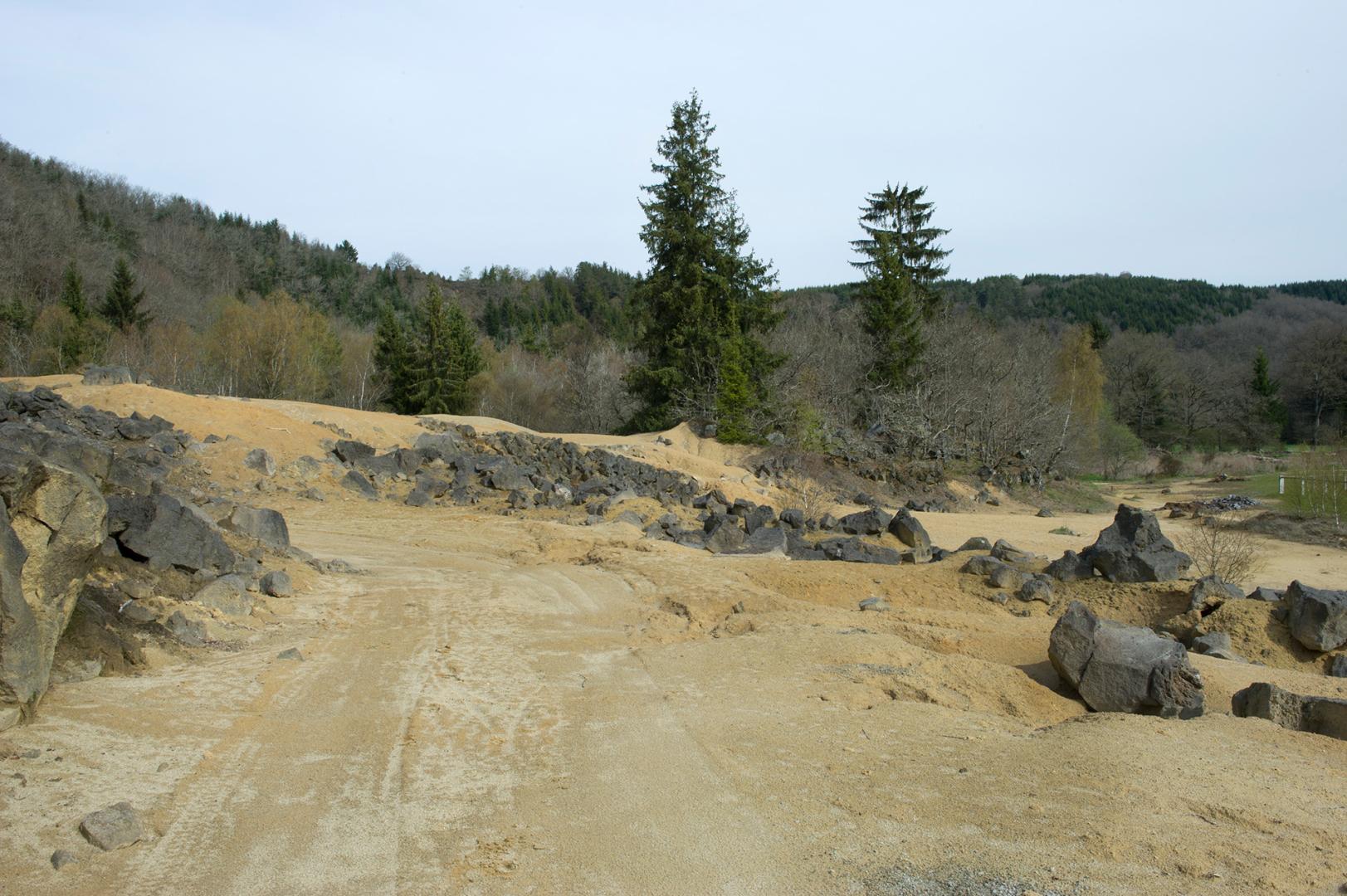 Share
Environmental safety is in increasingly important part of post-mining management. A typical example is the work conducted on the lead and arsenic-rich residues from processing lead-silver ore at Roure-les-Rosiers. 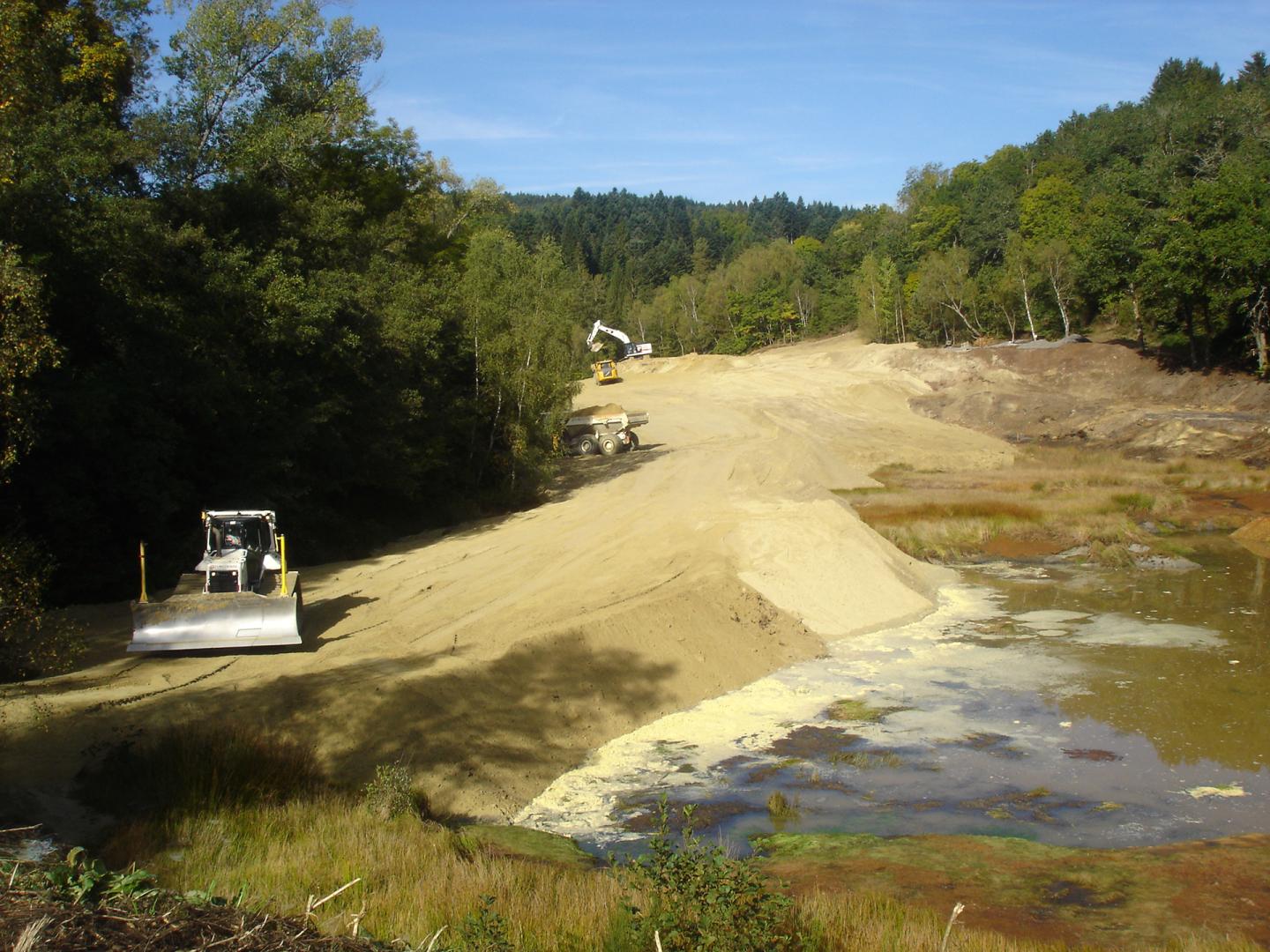 The safety engineering project for the spoil heap at the Roure-les-Rosiers lead-silver ore processing plant began by drawing together and remodelling the spoil.

Protecting people from physical risks (rock slides and rockfalls) has always been the core concern in the safety engineering work conducted by the BRGM’s mine safety and risk prevention department (DPSM) at former mining sites. Environmental safety is now increasing in importance in all aspects of post-mining. One of the reasons is that certain ore processing residues that remain on site after decommissioning can raise environmental as well as health risks.

In the Pontgibaud mining district, for example, no less than 300 000 m3 of open-air spoil heaps contain high concentrations of lead and arsenic. The spoil heaps at Roure-les-Rosiers (in the Puy-de-Dôme area of the Massif Central) are in this district. The BRGM’s safety engineering work at the site in 2017 treated 84 700 m3 of residues from lead-silver ore processing. Safety work was urgently required, as the site is in a popular tourist area in the Auvergne, which is already under environmental protection measures (fauna and flora).

The Pontgibaud lead and silver mining district, one of the largest in Europe, had been mined on a massive scale since Roman times, but especially in the 19th century in three mining concessions which closed down in 1939. Over time, some 50 000 tonnes of lead and 100 tonnes of silver were extracted from veins of silver-bearing galena. Some 60 open pits and wells remained as a public hazard a century after the mines closed down. These were sealed by the BRGM in 2009.

Once brought to the surface, the commercially usable lead and silver was extracted from the ore by a series of crushing, washing, gravity separation and decanting operations. The resulting 90% pure lead was then sent to the Pontgibaud metalworks. The spoil from these processing operations was usually left in ever-growing heaps in the immediate vicinity of the washing plants.

These spoil heaps contain high concentrations of lead and arsenic in particular, which are still preventing vegetation from becoming reestablished a century later. 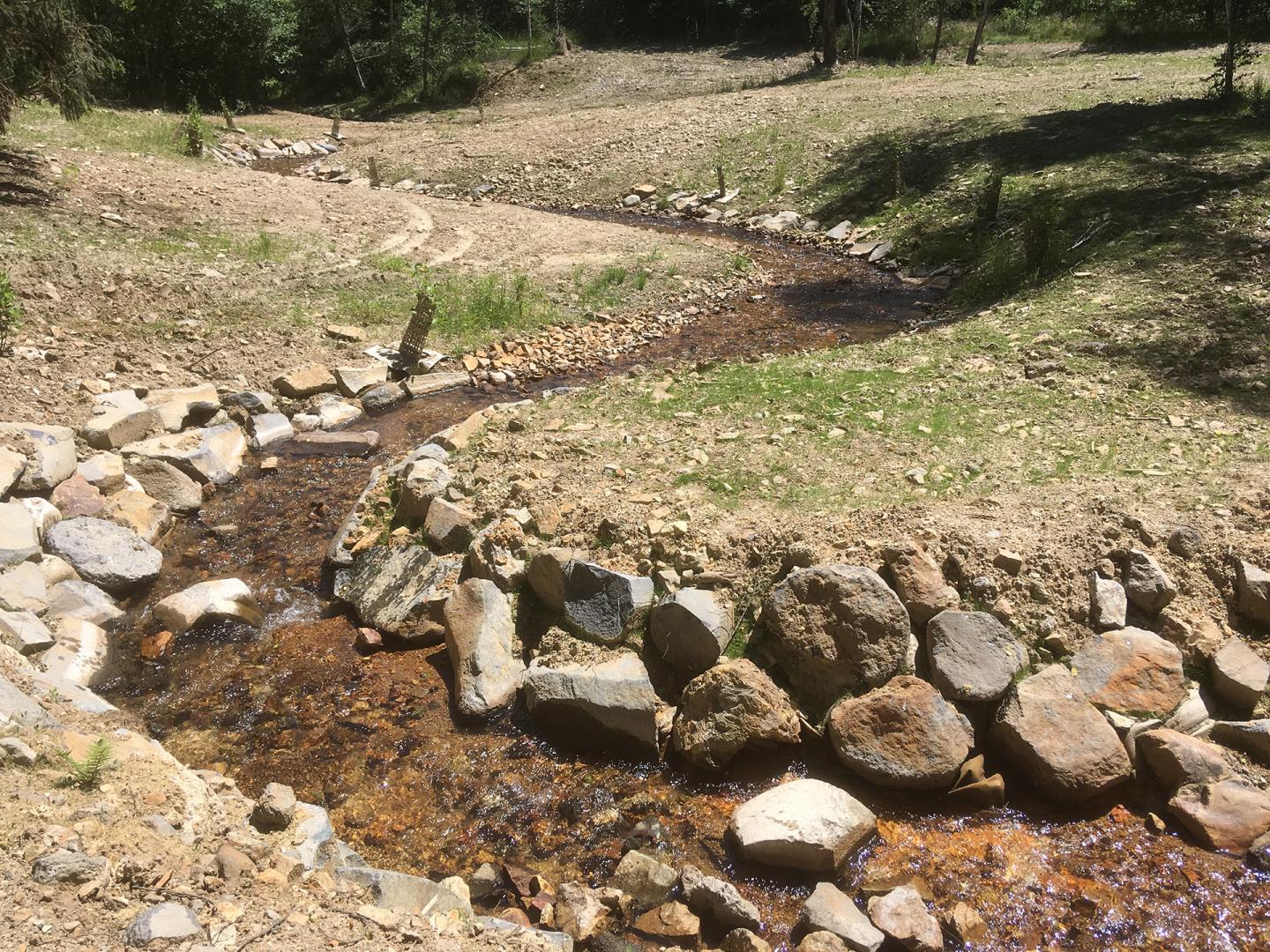 Work at the site included dredging and reprofiling a stream to prevent leaching of lead particules.

The residues were in the form of sand, with which walkers could easily come into contact. The site was not fenced off and could easily be crossed by taking municipal footpaths branching off a main road. The spoil heaps were exposed to all weathers, and sand particles leached out with rainwater into two streams bordering the site and flowing into the Sioule river. As the BRGM’s scientists explain, “the residues are being badly eroded by rainwater run-off, causing gullying and leaching out fine particles that are severely affecting rivers like the Sioule as well as neighbouring terrain”.

The environmental and health risks were recognised and the safety work was primarily geared to limiting water and soil contamination. The remodelling work began in the autumn of 2017. The 15 ha site comprises the spoil heaps themselves, a water retention basin and two streams (the Veyssière and a tributary, the Faye) flowing along and sometimes through the spoil heaps. 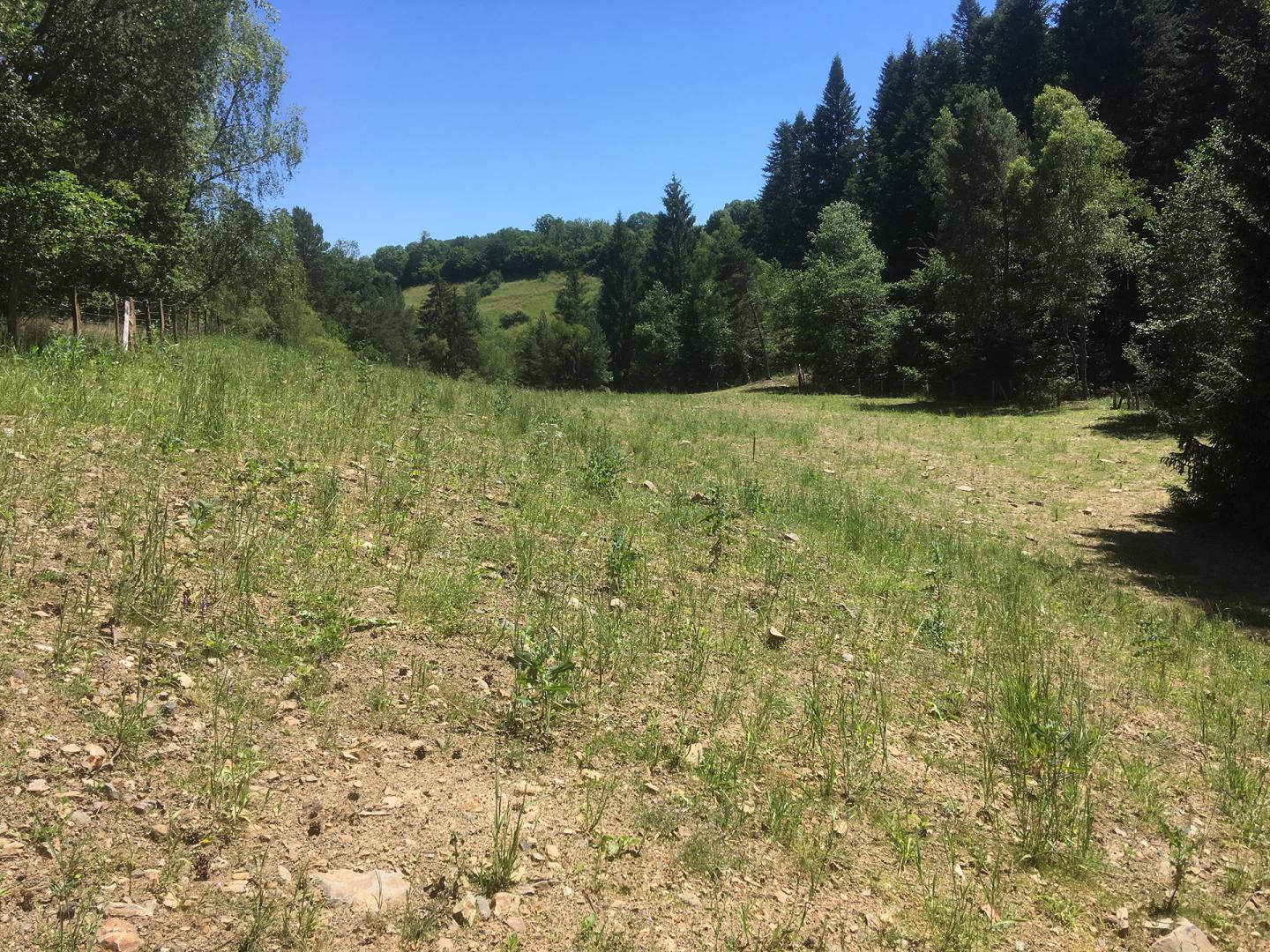 Grass-seeded soil cover laid down to landscape and stabilise the terrain.

The BRGM teams first drew together and remodelled the scattered heaps of spoil into a single zone. This was then covered in grass-seeded earth to stabilise the terrain and harmonise with the landscape. Finally, a 1 km drainage ditch was dug around the site to collect rainwater and prevent eroding spoil from leaching into the water system.

The work should improve water quality in the streams and prevent polluted sand from disseminating and coming into direct contact with the public.