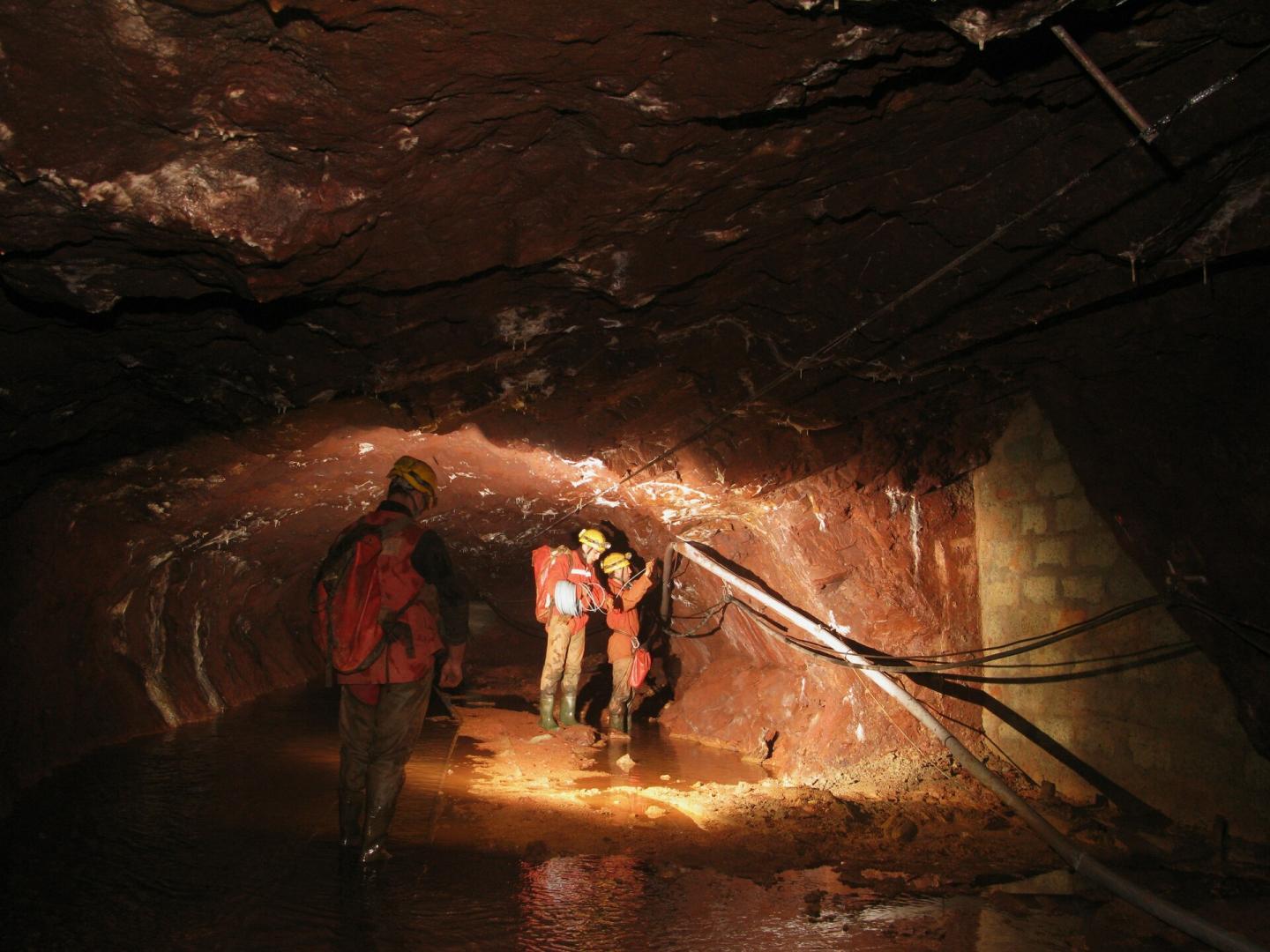 Operational post-mining: BRGM, a key player in mine safety and risk prevention

Share
The end of mining operations and the gradual disappearance of mining companies has ushered in a new era in France, that of post-mining. The French government gave BRGM operational responsibility for monitoring former mining sites, carrying out safety work and preventing mine-related risks.

The French government commissioned BRGM to start monitoring the tunnel in 2007.

The "Galerie de la mer" is a tunnel more than 14 kilometres long, stretching from Marseille to Mimet, in the Bouches-du-Rhône département. Completed in 1907, it was used to transport coal from the mines of Gardanne. Today, the tunnel is mainly used to run off water from the mine - from the water table, infiltration and underground springs - down to the industrial port of Marseille (Bouches-du-Rhône, 2012).

Stretching 14,680 km from its entrance at Cap-Pinède in Marseille to the Gérard mineshaft in Mimet, the Sea Gallery was completed in 1907 after 22 years of hard labour. It was used to transport coal from the Gardanne mine, and is still used to evacuate mine water to Marseille's industrial port, along with pit and groundwater. An exceptional work, the Sea Gallery is proof of the difficult, remarkable work carried out by the miners of Provence. From 2007 on, the French State, who ensures the safety of goods and persons, mandated the BRGM to manage the Sea Gallery.

The BRGM set up pumping facilities in the Gérard shaft in the first half of 2010, and the facilities started up on 8 August 2010. Since then, the BRGM has operated and managed these facilities.

As part of its mission, the BRGM set up the pumping facilities identified as necessary to evacuate mine water rich in ferrous oxide to the sea. Four pumps ensure an exit-flow rate of 1,000 m3 an hour. They were installed 50 m under the foundation of the Gérard mineshaft, which is situated at 18 m above sea level. Due to rapidly rising water levels, pumping began on 8 August 2010. Water is evacuated via a 550 mm pipe throughout the 14 km long gallery. Then, under the Marseille port, 3 inclined boreholes - 830 m long with a diameter of 350 mm - carry the water to the open sea at a depth of 30 m. 42 discharge diffusers ensure the dilution of the water to limit the reject's impact on marine life. For when the mines are flooded, the heavily mineralised water transforms into ferrous oxide, which turns into red ferric oxide upon contact with oxygen. Over 13 points were set up at sea to monitor the discharged water in marine surroundings.

The water is monitored at the gallery's exit at Cap Pinède on a weekly basis. And we also carry out qualitative monitoring at sea. Today, we can affirm that there is no sediment. And our analyses show no negative effect or impact on marine flora and fauna.

The BRGM monitors the correlation between waterflow into the mining basin and pluviometry impact in order to adapt the pumping rate. Since the station started up in August 2010, the pumping rate has increased from 450 m3 per hour to 1,000 m3 per hour. Once the iron oxide in the former mine has been cleansed by water circulation, the mine water can be evacuated naturally through the gallery. As such, pumping operations should terminate within the next 20 years.

Post-mining: consolidation of the Lawe riverbanks

BRGM consolidated the banks of the Lawe river in Bruay-la-Buissière in order to secure an mining dam to protect more than 1000 inhabitants.

Subsidence bowls are one of the main consequences of mining in the Nord-Pas-de-Calais coalfield. This is the case in Bruay-la-Buissière where 10-metre-deep subsidence occurred near the Lawe, a small river that is a tributary of the Escaut (Pas-de-Calais, 2017).

In the Nord-Pas-de-Calais coal basin, subsidence bowls are one of the main consequences of coal mining in the 19th and 20th centuries. The town of Bruay-la-Buissière is a case in point. The mining of 103 veins at depths of 100 to 1,200 metres has caused surface subsidence of over 10 metres. Serious topographical evolutions necessitated in changes to the course of the Lawe, which flows through this affected area. Today, these developments are no longer sufficient.

The river was deviated from its original bed. So today, we have a watercourse that's very closed in between very steep and very unstable embankments. The risk is that one or several of these embankments could collapse, block the watercourse and cause flooding upstream. And as part of the town lies beneath the water level, this would result in considerable damage.

So it was indispensable to securitise people who are threatened by flooding while also respecting all environmental constraints. In 2014, the BRGM was appointed by the government to oversee the delegated work to strengthen the riverbanks.

Since May 15th, we have made two stretches of 800 meters of embankments safe. We intervened in all the preliminary work. This consisted in pruning all the trees and clearing the undergrowth on the embankments. Then, due to the fact that the river is very hemmed in, we had to construct heavy gravel worksite tracks and to consolidate the riverbed so that our heavy equipment could manoeuvre in total safety.

Once the access work was completed, the BRGM stripped the embankments that were 2 to 5 meter high. Geotextile was then laid along the banks. On top of this, welded wire mesh was laid. After that, angle sections were hammered into the ground, and the reinforced concrete screening was sprayed on. This support method known as the  "Hurpinoise Process" was used on 90% of this stretch of embankments. Only two sectors required a special treatment.

We had a wall too close behind, and we couldn't demolish it and use a classic method. So in front of it, we installed sheet-steel piling to ensure the stability of the wall, which has no foundations. This will also safeguard the house behind the wall.

The sheet-steel piling was put in place with a hydraulic jack. This jack eliminates all vibration problems which could destabilise the brick wall.

Also, along a tiny part of the stretch, on which we had enough grip to reduce the slope of the banks and flatten the earth, we planted an ecological reed garden on the different embankment levels.

Once this work was complete, the banks were rocked up, sodded with grass and planted with numerous species of greenery, all to produce a natural and safe environment.

On 26 November 2009, the extraction tower of the Simon 5 shaft in Forbach (Moselle) was demolished.

Located in the Lorraine coalfields in Forbach (Moselle), the Simon 5 shaft was built in 1958. Its 57-metre extraction tower was used to lower personnel and equipment for coal mining. On 26 November 2009, the ageing Simon 5 extraction tower was demolished with explosives (Moselle, 2009).

Located in the Lorraine coal basin, at Forbach in Moselle, the Simon 5 mine shaft, with its diameter of 8 metres and depth of 1,136 metres, was dug in 1958. The shaft's headframe, at 57 metres tall, which let down the miners and mining equipment, was constructed in 1964. When coal mining stopped, the shaft was closed off with a 21-metre-thick concrete plug anchored in the shaft barrel. It was decided to demolish the Simon 5 headframe because it was  obsolete and thus presented risks. The BRGM was appointed by the State to oversee the monitoring and securitizing of closed mining sites. The demolition was made more complex by methane, an explosive firedamp, present in the shaft.

To avoid any risk of explosion, the BRGM injected 117,000 cubic metres of nitrogen, to make the shaft inert. Then, the demolition work could begin.

Work began with the weakening of the headframe's structure. To determine the direction of the tilt, and prevent a partial ravelling of the foundations in the concrete shaft plug, the rear uprights of headframe were sawn through.

We'll check the firing plan... It won't all explode at the same time. In fact, we always start with the edges to gradually remove the concrete. That's what enables the building to tilt and tip over.

The demolition with explosives went as planned. Before that, 294 holes were drilled to insert the 90 kilos of dynamite and the 340 detonators.

After the demolition, we cleared the pithead, pounded the rubble, and did selective sorting between the metal and the concrete for recycling. We'll recycle about 12,500 metric tons of concrete.

To protect the site's groundwater from risks of mineralization by water seeping out of the mine, a pumping and water-treatment station will be constructed following the model of the one at La Houve. 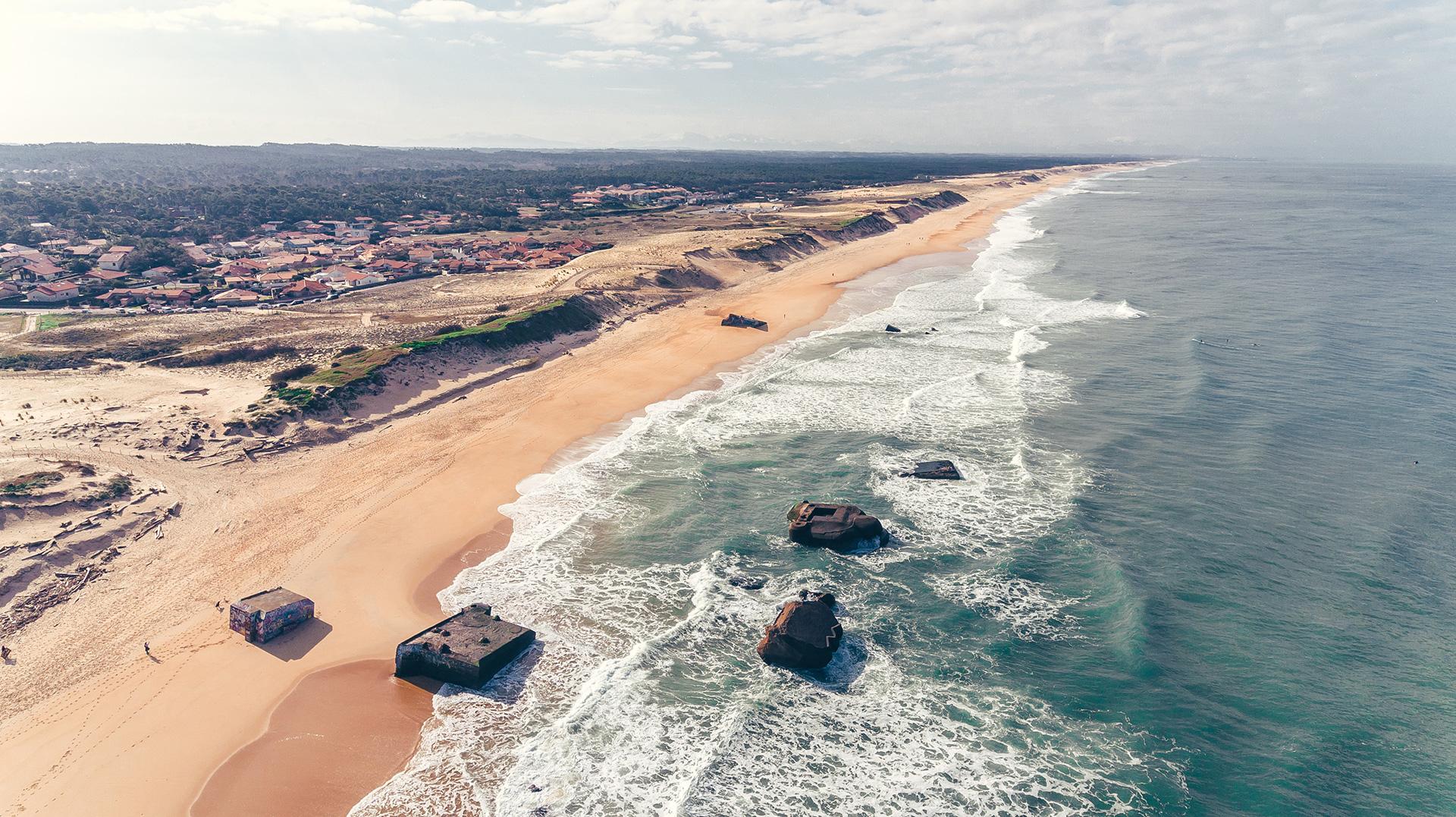 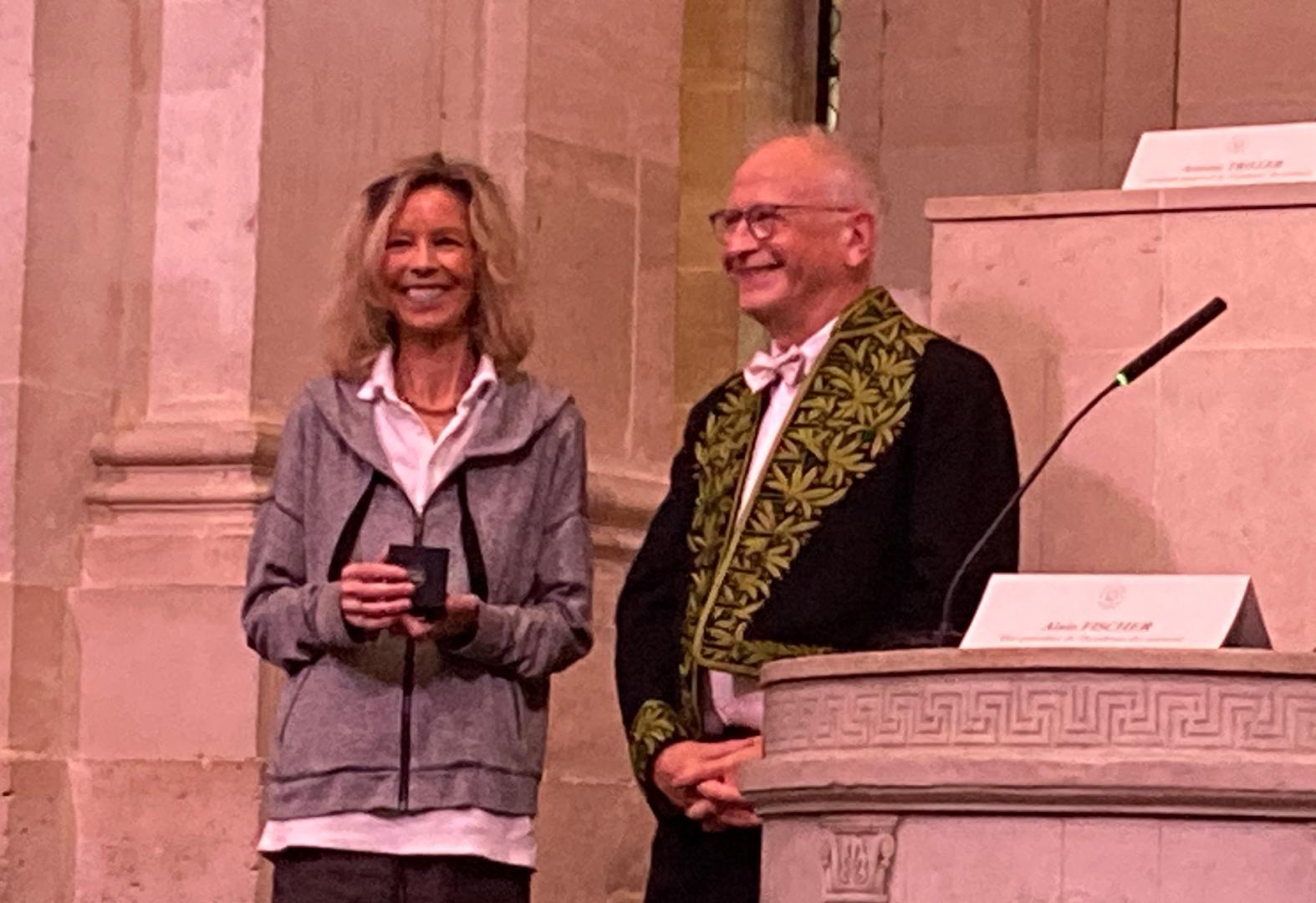