The phenomenon of clay-soil shrinkage and swelling is a climate-related natural risk, since it is directly linked to weather conditions, and particularly rainfall. This type of risk was first identified in the 1950s. 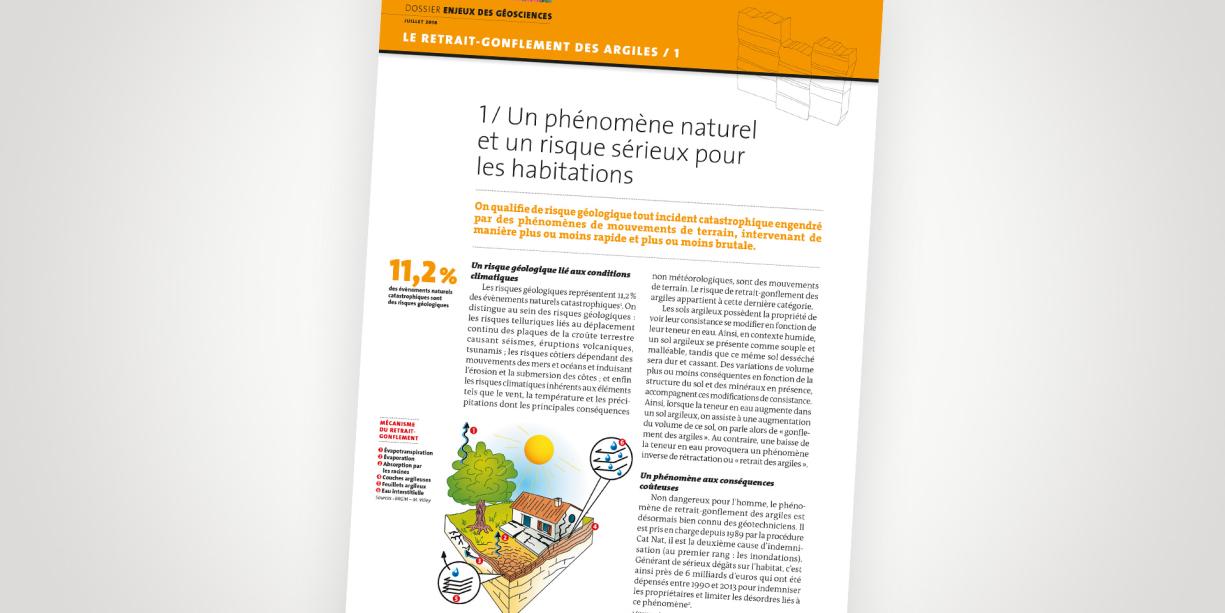 A natural phenomenon that represents a serious risk for homes

A geological risk refers to any potentially catastrophic event that is caused by ground movements. These events may occur with little or no warning and with varying degrees of severity.

A total of 11.2% of natural catastrophes are due to geological hazards. Geological risks can be divided into different categories:

The latter category includes the risk or "hazard" of clay-soil shrinkage and swelling.

One of the particular properties of clay-rich soils is that their consistency changes according to their water content. Consequently, in a humid environment, clay-rich soils are soft and malleable, whereas the same soil will be hard and brittle when dry. These changes in consistency are accompanied by variations in volume that can be significant, depending on the structure of the soil and the minerals present.

For example, when the water content in a clay-rich soil increases, the soil's volume also increases – this is known as "clay swelling". A lack of water causes the opposite to occur, a phenomenon known as "clay shrinkage".

A phenomenon that can have costly consequences

While not being dangerous for humans, the phenomenon of clay shrinkage and swelling is now well known among geotechnicians. Since 1989, it has been covered by the Cat Nat (natural catastrophe insurance) procedure. It is the second most common reason for insurance compensation (floods being the first).

Clay shrinkage and swelling can cause serious damage to housing. Between 1990 and 2013, nearly €6 billion were spent on compensating home-owners and trying to reduce the problems linked to this phenomenon.

News
Coastline: monitoring campaigns along the Catalan and Aquitaine coasts
All the news